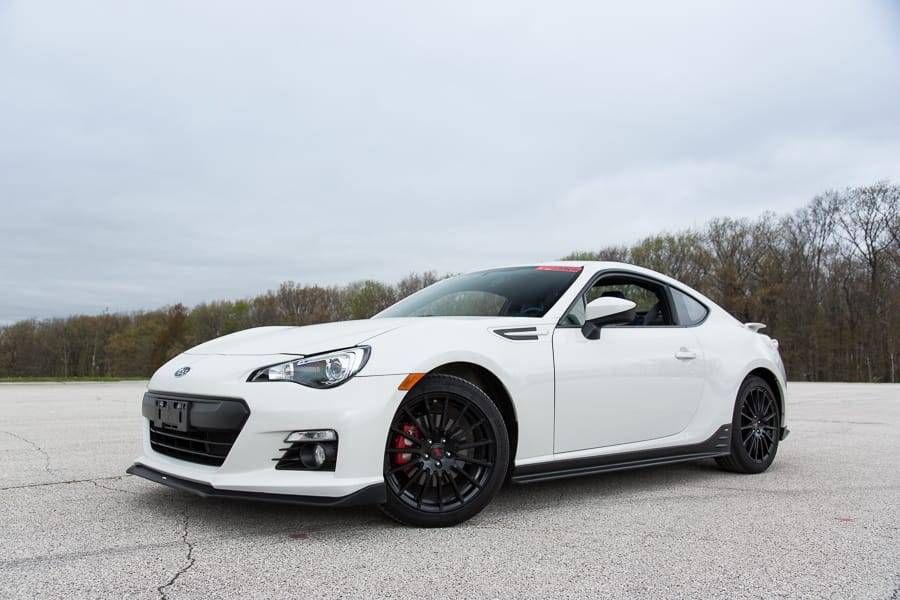 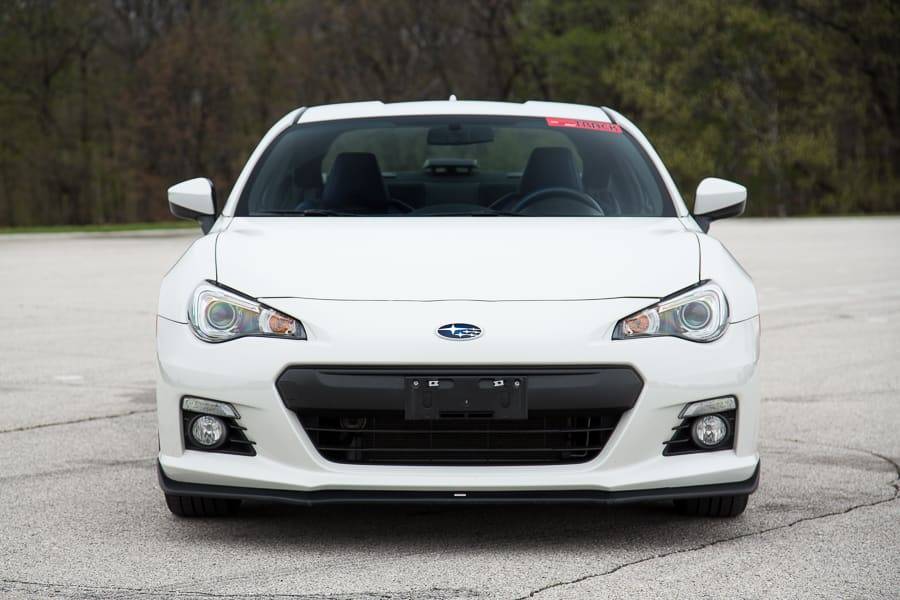 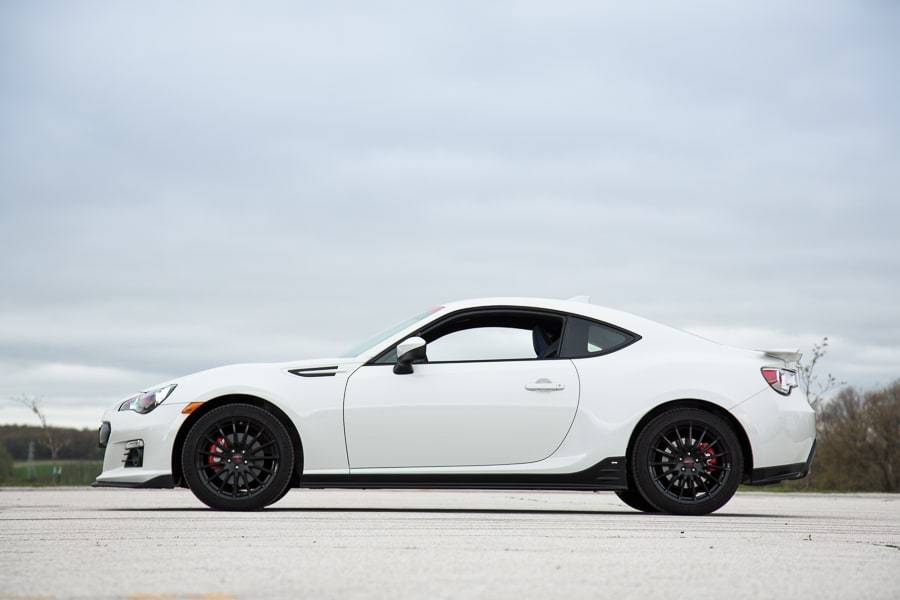 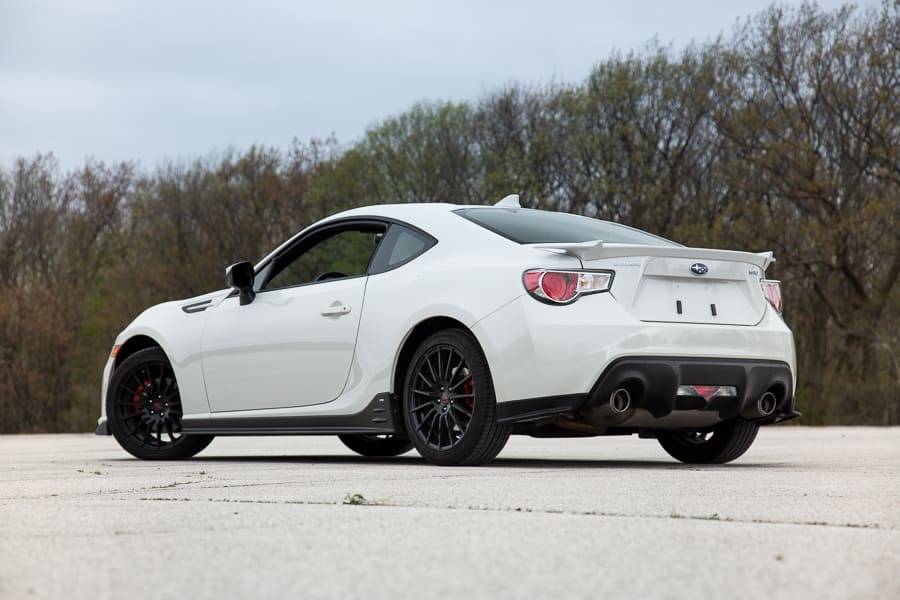 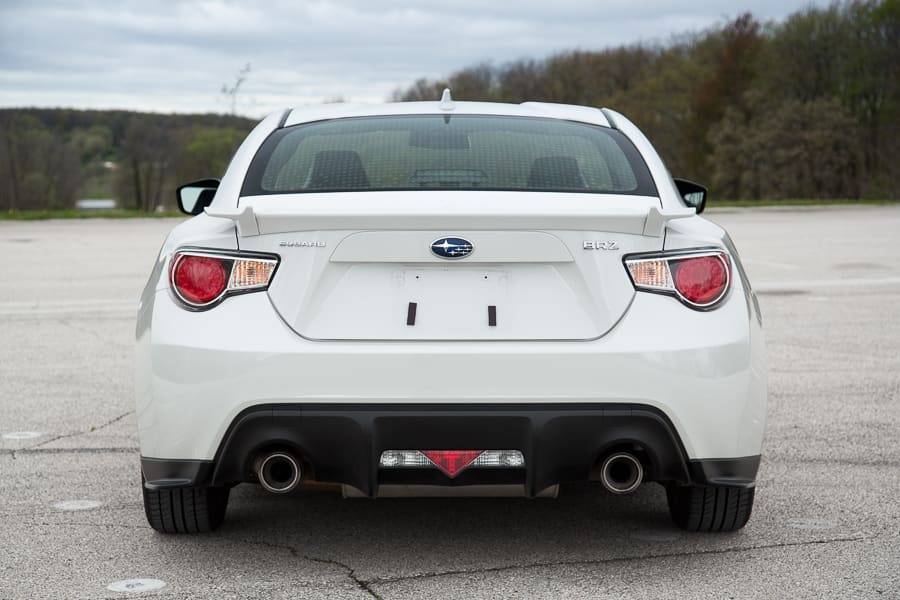 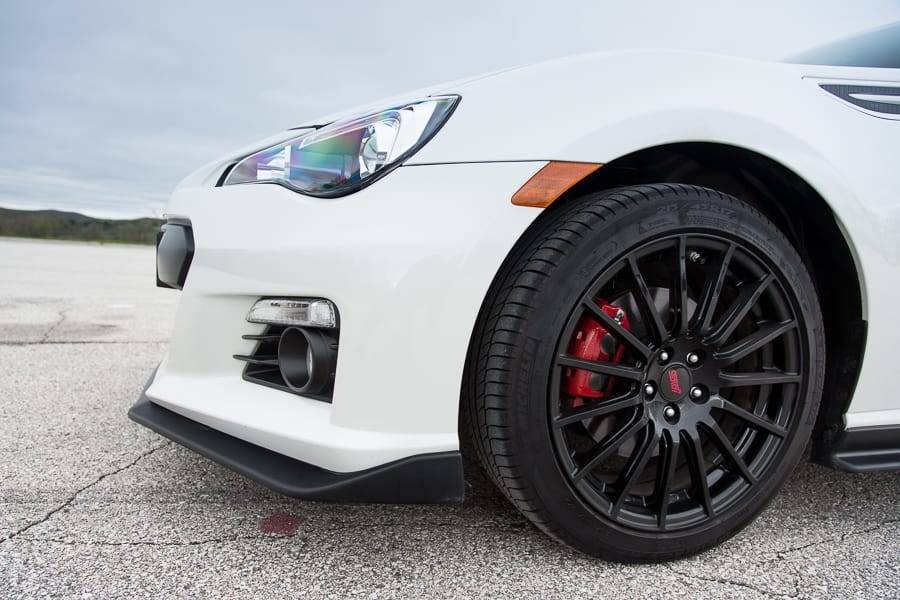 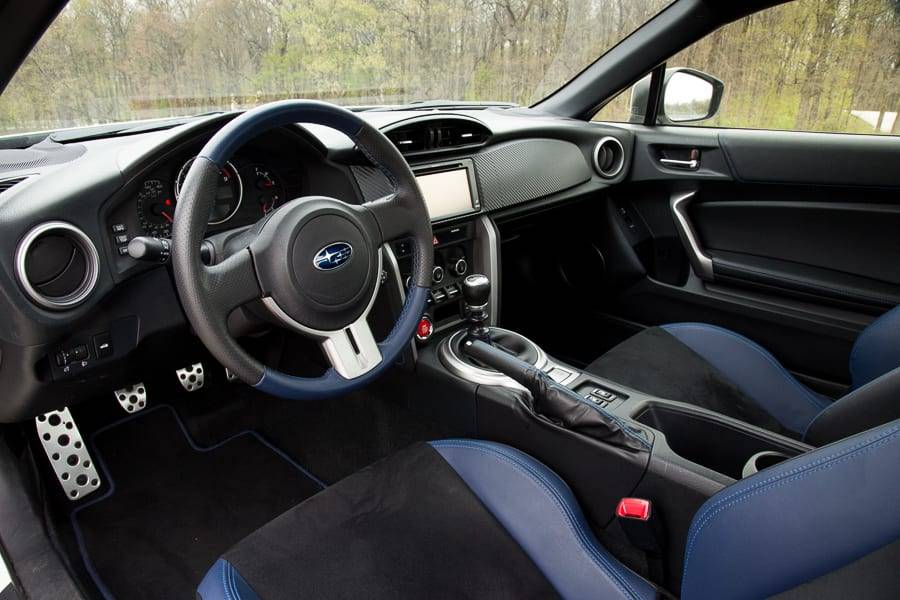 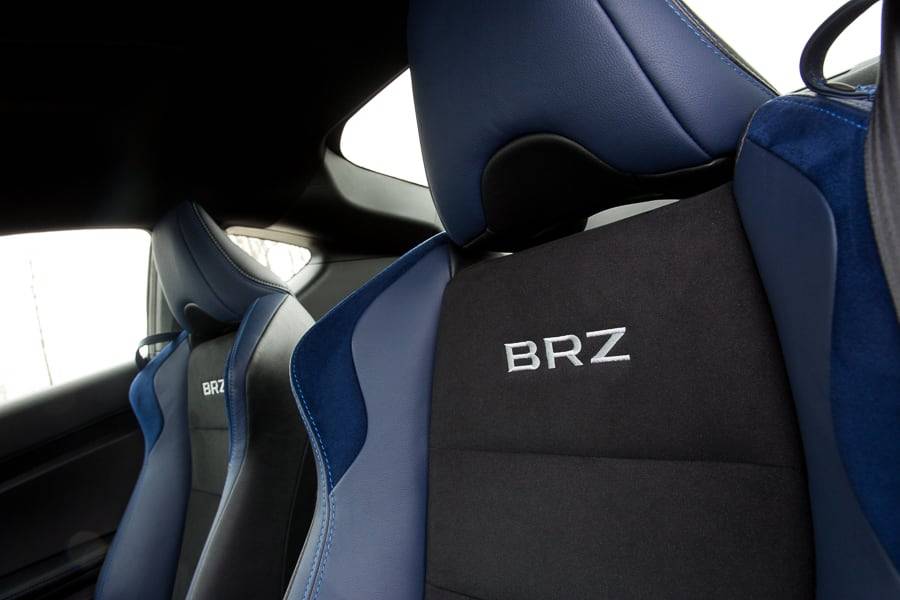 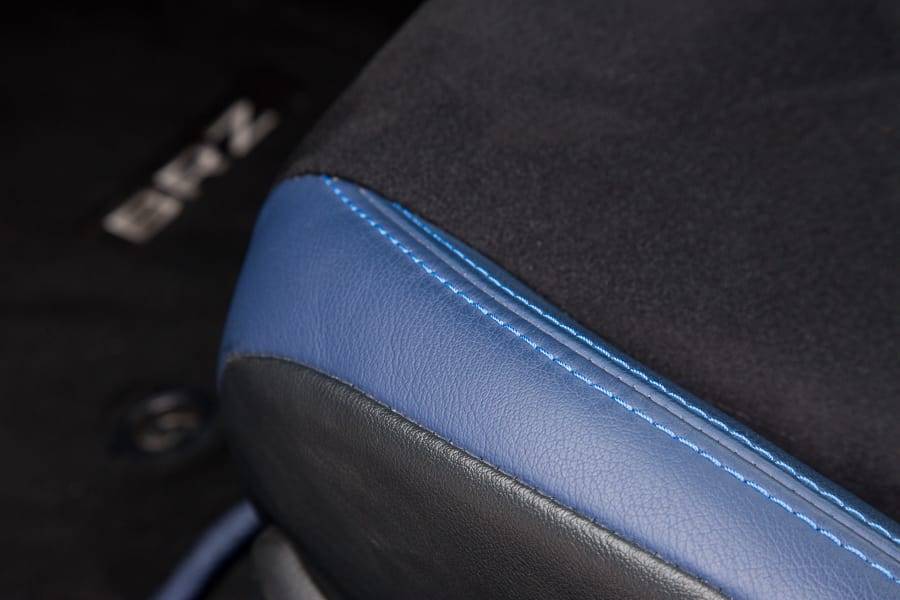 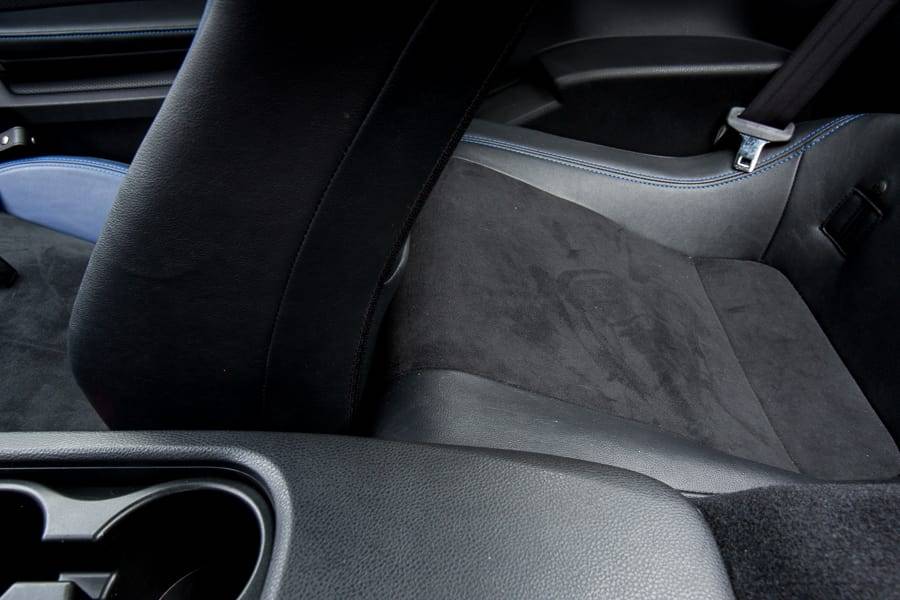 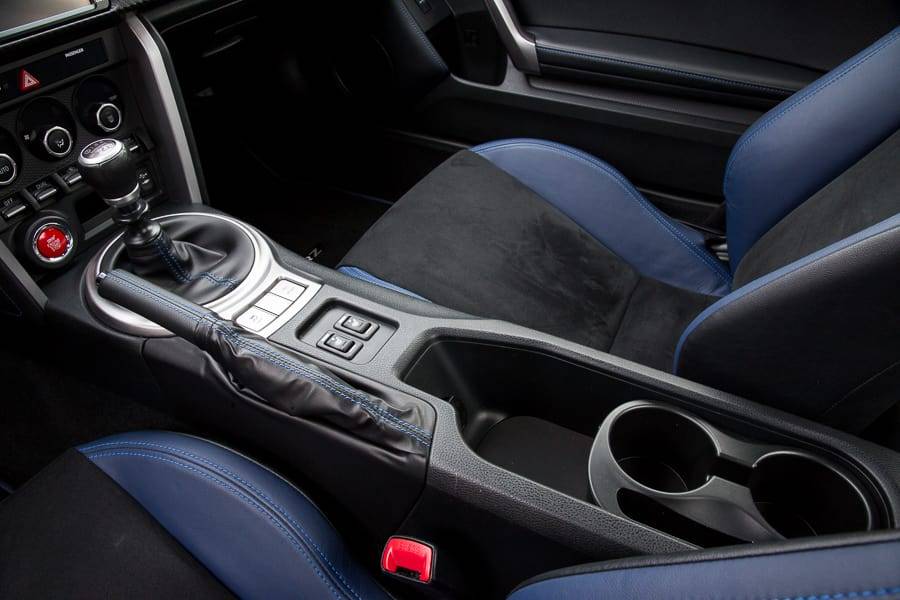 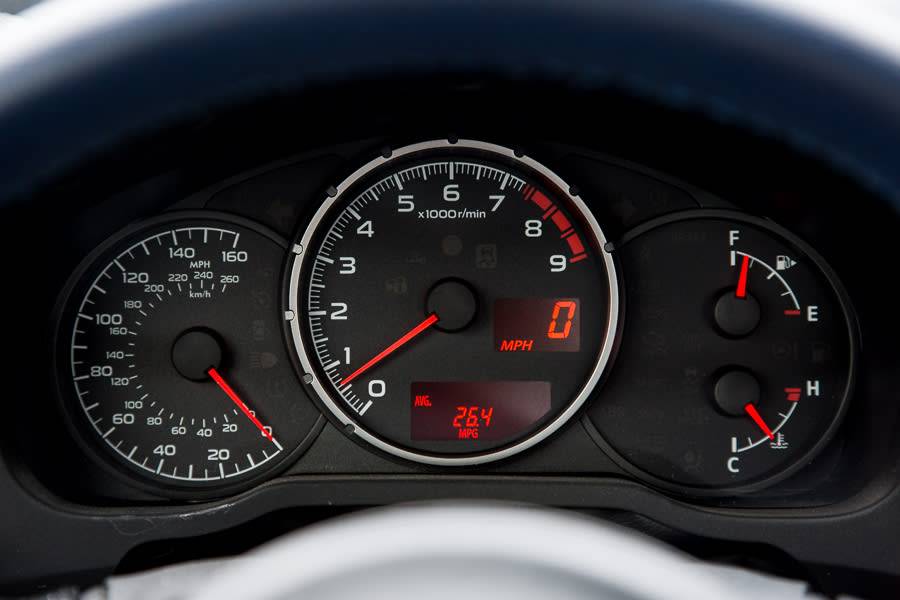 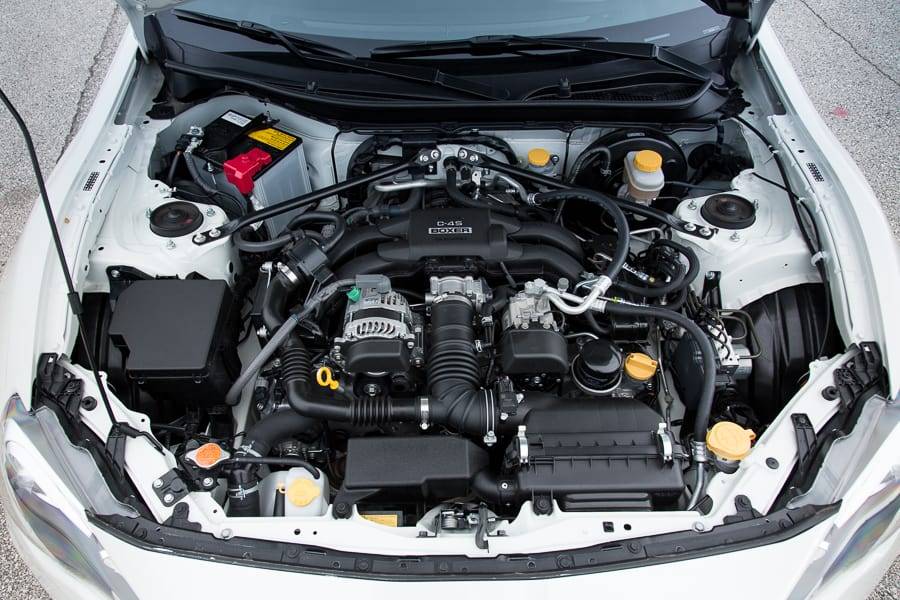 Editor’s note: This review was written in July 2015 about the 2015 Subaru BRZ. Little of substance has changed with this year’s model. To see what’s new for 2016, click here, or check out a side-by-side comparison of the two model years.

The 2015 Subaru BRZ is one of the purest performance cars you can buy, with an intoxicating formula of perfect weight balance, precise steering and responsive throttle, all experienced in a sporty cockpit. Plus, it’s a relative bargain.

For 2015, the BRZ has revised shock absorbers for improved handling, according to Subaru, as well as larger tailpipes. There’s a new limited-edition Series.Blue version, of which only 1,000 will be sold in the U.S. This is the version we tested. Compare the 2014 and 2015 versions here.

Exterior & Styling
This small package has sporty lines and an aggressive stance, but it’s really the shapely front that speaks to us. While cars of every stripe are getting larger, taller, more vertical grilles and front ends, the BRZ is sticking to a traditionally low-slung front bumper.

The rather traditional sports-car looks are disturbed only by a small inset behind the front wheels, where a functional air inlet might be (but isn’t). We’re unsure why this is needed visually, because there’s no practical reason for it to be there.

Series.Blue models come in only two exterior colors, blue or white, and include 17-inch black wheels, red brake calipers, an aerodynamic body kit and a rear spoiler. It looks good in the white we tested for this review; it was frequently ogled on the street.

How It Drives
Most car enthusiasts and sports-car shoppers focus on power first, everything else second. If you look at power numbers, though, the BRZ seems downright miserable. A V-6 Ford Mustang seems more appealing, given it has 100 more horsepower.

But here’s the thing: You really don’t need more power in a car that handles as superbly as the BRZ. I spent considerable time in the BRZ as a long-term test car in 2013, as well as with the 2015 Series.Blue, and there’s only one time I thought it ever felt underpowered — and that was on the straightaway of one of the fastest racetracks in the country, Road America in Wisconsin.

In every other instance, including smaller road courses, the BRZ has plenty of power. When equipped with the manual transmission — we don’t recommend the automatic — acceleration is immediate and delivered with a throaty induction note to boot.

The power really isn’t the thing that makes everyone fall in love with the BRZ, anyway. It’s the handling. Oh, the handling.

Want to feel connected to a machine when taking a highway off-ramp — let alone a racetrack? Then you want a BRZ. Its precision and sharp turning really put the car in a class of its own, with the lightweight frame and rear-wheel drive adding up to what at times feels like an amusement-park ride.

Interior
That feeling of “pure” performance is enhanced by the car’s stripped-down — yet driver-oriented — cockpit. There aren’t many, if any, frills in the BRZ. The sport seats hold you snugly and the gauges are simply laid out, with a large tachometer and digital speedometer meant for the business of driving.

The car’s materials aren’t stellar, but they align with the quality you’d expect in a car at this price. The Series.Blue treatment added blue leather seat bolsters and accent stitching to our test car. Subaru’s other performance halos, the WRX and WRX STI, basically have compact car interiors, and this is a step above those at a lesser price.

While the driver feels snug and secure, though — becoming “one with the car” — passengers will likely long to leave the tight confines. Rear passengers will barely be able to fit at all, depending on their height, and will have to contort feet, legs and necks in most instances.

Ergonomics & Electronics
The driver may be the most important person in the car, but that doesn’t mean that person is going to be pampered. The BRZ’s bare-bones, driver-focused design has sore points. For example, a driver often wants a center armrest, especially on long drives, and the BRZ does not have one.

Then there’s the awful multimedia system interface that has not been improved since the car’s introduction. With the lack of audio controls on the steering wheel — it’s a pure driver’s car, remember — drivers are left to stab at the small touch-screen to do things as simple as skip an audio track. It’s impossible to do so without taking your eyes off the road, which a skilled driver would not want to do. Tip: Don’t play music on shuffle in the BRZ.

The multimedia system itself is far behind almost anything on the market these days in terms of both user interface and graphics quality. That’s too bad, as Subaru has finally upgraded its technology in its other vehicles. The BRZ’s platform, which is shared with Toyota, seems to be the only one that won’t get the benefit of that improvement.

Cargo & Storage
The small storage area in the center console between the passenger and driver is barely large enough for a smartphone and change. Want to take the wallet out of your back pocket to get more comfortable in the firm seats? Good luck finding a place for it that doesn’t leave it to fly around the cabin during those sharp turns you’ll be hunting out.

The trunk, however, is quite decent, even though the 6.9 cubic-foot measurement is small. There’s plenty of room for luggage and even golf clubs, and the rear seats fold down for added space. We fit a set of four winter tires in our long-term BRZ with the rear seats folded down.

Safety
The BRZ is a Top Safety Pick at the Insurance Institute for Highway Safety, scoring top grades of good (out of a possible poor, marginal, acceptable or good) in all tests except the small overlap front test, where it scored acceptable. It also has a five-star overall crash-test rating from the National Highway Traffic Safety Administration.

These results should add an extra sense of confidence, because sports cars are seldom crash-tested at all.

You can find the BRZ’s standard safety equipment listed here.

The Scion FR-S — a basic twin to the BRZ — is one of the few cars to fail our Car Seat Check because of the extreme bolstering in the backseat and narrow width of the seat bottoms. These results apply to the BRZ as well.

Value in Its Class
Starting at just over $26,000 including destination and with the preferred manual transmission, the BRZ is a relative steal in terms of fun-to-dollar ratio. But buyers must be prepared for traditional sports-car trade-offs when shopping for one. There are similarly priced cars, like the Volkswagen GTI. That car is fun to drive, has a lot more passenger and cargo room, and it’s faster.

But it’s almost impossible to find anything that can replicate the BRZ’s symbiotic relationship with its driver at any price.

Shop cars for sale near you Research cars Compare vehicles
Should You Buy Now or Wait to Save on a Car?
June 24, 2022
Which SUVs, Minivans and Sedans Have the Most Cargo Space?
June 24, 2022
How to Negotiate on Your First Car Purchase
June 23, 2022
See all latest news