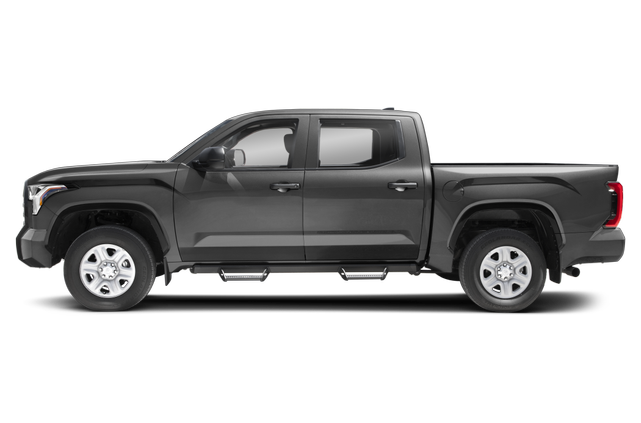 The Tundra is Toyota’s competitor in the full-size pickup truck class. Released in 2000, the American-built, second-generation Tundra is mostly unchanged since 2007. The lineup includes the off-road prowess of the TRD Pro trim or the bold styling and sportiness of the TRD Sport. Toyota’s half-ton comes standard with a suite of safety features that includes automatic emergency braking, lane departure warning and adaptive cruise control. Like its competitors, the Tundra also offers top-of-the-line trims like the Platinum and 1794 Edition that bring all sorts of luxury goodies.


After its initial six-year run, the half-ton Toyota Tundra got a full redesign for 2007, bringing a sleek new exterior and user-friendly interior; increased towing capacity and storage; and more safety features. Consumers could choose from three cabs, three beds and three engines, in … cluding a 381-horsepower, 5.7-liter V-8 that made 401 pounds-feet of torque. The Tundra received minor revisions in 2010: A new 4.6-liter V-8 was paired with a six-speed automatic, replacing the aging 4.7-liter. Trailer-sway control and an updated 270-hp, 4.0-liter V-6 came in 2011. After that, the Toyota Tundra saw little change until 2014, when it received subtle updates to the interior and exterior. The current Tundra offers a choice of two V-8 engines, two- or four-wheel drive, three bed lengths and two cab configurations. There’s also an optional 38-gallon gas tank for long-haulers. The second-generation pickup is beginning to age, and an all-new Tundra is expected to arrive soon. 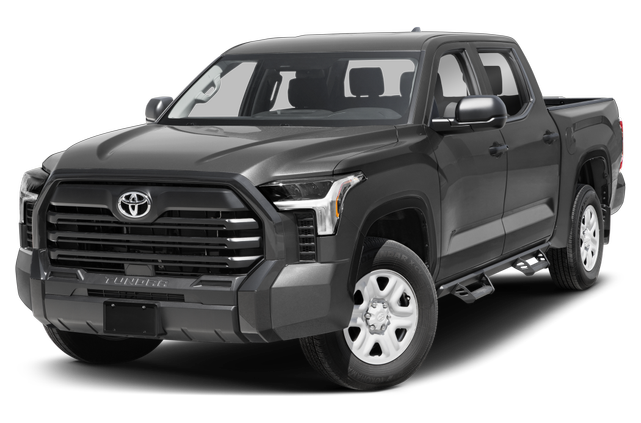 
The turn of the century brought a replacement for the outgoing T100: the Toyota Tundra. Arriving in 2000 and sharing many of its underpinnings with Toyota’s full-size, three-row Sequoia SUV, the Tundra came in two cab configurations with two bed-length choices. The Tundra came … standard with a 190-hp, 3.4-liter V-6 that teamed with a five-speed manual or four-speed automatic transmission, while an available 4.7-liter V-8 made 245 hp and paired with the automatic. Rear-wheel drive was standard, while four-wheel drive and antilock brakes were optional. In 2002, the Tundra got new available features such as a limited-slip differential and a TRD Off-Road Package, while 2003 brought about a unique V-8 StepSide Access Cab model. In 2004, the Tundra finally gained a longer double cab, and in 2005 it gained a 245-hp, 4.0-liter V-6 while its 4.7-liter V-8 was beefed up to make 282 hp and 325 pounds-feet of torque (only to be downgraded in 2006 to 271 hp and 313 pounds-feet of torque). Both paired with a five-speed automatic; a new six-speed manual was optional. When properly equipped, the Tundra could tow up to 7,100 pounds. 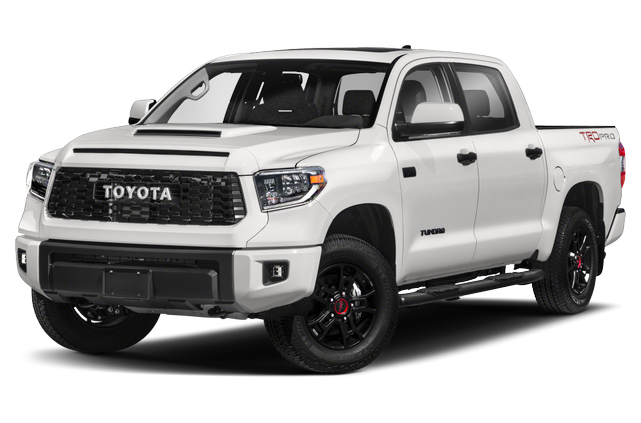