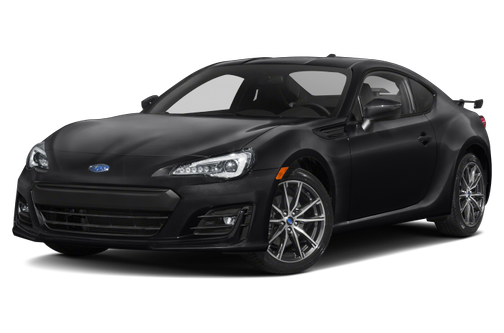 Our 2017 Subaru BRZ trim comparison will help you decide.

The verdict: Changes to the BRZ's suspension make it sharper and composed at the limit, but the engine doesn’t live up to the promise of the rest of the package and the car lacks the convenience and safety features expected in new cars.

Versus the competition: Compared with its twin, the Toyota 86, the BRZ is now the sharper of the two and offers a more spirited drive.

The 2017 Subaru BRZ is still an outlier in Subaru’s otherwise all-wheel-drive lineup, but I’m glad; the market for affordable rear-wheel-drive performance cars is already too thin.

For the new model year, the BRZ gets a long list of updates both styling and mechanical in nature. It’s the biggest set of changes for the BRZ since its inception in 2014. To compare the new BRZ with the 2016 version, click here. It’s sold in two trim levels, Premium and Limited.

The Subaru BRZ was developed alongside the Scion FR-S, which is now sold as the Toyota 86 (the Scion brand has been discontinued). The two had a lot in common, sharing the same engine and wheelbase, and for 2017 the “Toyobaru” twins continue to move in lockstep. Though their styling updates are different, both cars get similar mechanical updates. The only difference under the skin is the final suspension and steering tuning, which each company does on its own.

If you’re looking for an affordable rear-wheel-drive sports car, the market is thin. The BRZ competes against the 86 (of course), the Mazda MX-5 Miata and Fiat’s 124 Spider. Those can be compared here.

I tested a 2017 Subaru BRZ Limited in multiple environments, from the congested highways of Los Angeles to steep canyon roads. I even drove it on a racetrack.

The BRZ keeps its same basic shape, so it’s still instantly recognizable despite styling updates all around. It’s like a friend who got a makeover on a reality TV show; you can still tell it’s them, but everything has gotten a bit sharper.

Starting from the ground up, the Subaru BRZ’s standard 17-inch alloy wheels have a new 10-spoke design with black design elements that are very attractive. The front bumper has also been updated, and there are two new standard exterior features for 2017: a rear spoiler and redesigned headlight clusters with LED headlights and daytime running lights. The Limited trim adds standard LED foglights.

Both the 86 and the BRZ got a series of mechanical updates for 2017, including a slight power boost for manual models: The 2.0-liter four-cylinder boxer engine now makes 205 horsepower and 156 pounds-feet of torque when paired with the six-speed manual transmission. In BRZs with the six-speed automatic (which is optional only on the Limited), output remains the same, at 200 hp and 151 pounds-feet of torque.

Manual models also get a new incline start assist system that holds the Subaru BRZ in position on an incline, to prevent rollback, until the driver gives it enough power to move forward. Its final drive ratio has also been lowered in the name of improved acceleration, Subaru says.

There are also updates to the suspension, including a thicker rear stabilizer bar, updated coil springs, updated shock absorbers and added reinforcement to several points on the chassis, for more rigidity. Subaru also says the BRZ’s stability control thresholds have been raised while in Track mode to allow for more dynamic driving.

Coming in the winter of 2017 is a Performance Package for manual Limited models that adds Brembo brake calipers and larger rotors; Sachs shock absorbers; and 17-inch, black aluminum-alloy wheels.

The 86 (then called the FR-S) used to be the unrulier of these coupe twins, with a stiffer suspension and a propensity to rotate its back end around at a moment’s notice. The BRZ was the more pliant and comfortable one — a better daily driver. Now, though, after driving the BRZ and 86 within a few weeks of each other, it’s clear the new 86 has been tamed in its retuning, while the BRZ has gone the other direction. It’s now the sharper instrument.

This year’s changes are the first big updates to the BRZ’s underpinnings since its debut, and they’ve given the new BRZ a noticeable edge. It feels both sharper and more planted, with quicker turn-in and even better balance. Even though it still has those skinny tires, the suspension and chassis updates make it feel like it has more grip. The six-speed manual that came in my test vehicle was still a delight, with tight throws and a well-weighted clutch pedal.

The Subaru BRZ does, however, still have an Achilles heel: that engine. Everything surrounding it has improved so much that it’s highlighted the fact that there isn’t enough power (especially torque) for the more spirited driving the car wants to push you toward. Its shorter final ratio doesn’t change the fact that when you accelerate you still want more — and it feels like the car could handle more with no problem.

I drove the BRZ on surface streets, in canyons and around the big track at Willow Springs. It was consistently excellent half the time; if all hills pointed down, the BRZ would be nearly perfect. But what goes down…

EPA fuel economy ratings are 21/29/24 mpg city/highway/combined with the manual and 24/33/27 mpg with the automatic. Premium fuel is required.

Inside, the changes are subtler. There’s a new leather-wrapped steering wheel with updated controls in both trim levels, but other than that, things are much the same inside. Visibility isn’t great over either shoulder, the rear side windows are small and the large C-pillar creates a sizeable blind spot on either side. It’s also a bit noisier than, say, a commuter car, partly as a function of its firm ride but also because there’s less sound deadening to keep its weight down.

Though the Subaru BRZ continues to be listed as a four-seat automobile, it is in most circumstances a two-seater. I can barely climb in the backseat, let alone fit there behind anyone who needs the seat moved back at all.

Premium models have a standard cloth trim while Limited models get Alcantara (faux suede) and leather-trimmed seats that have a very nice feel to them. The seats have plenty of bolstering for more vigorous driving. Limited models add dual-zone automatic climate control.

Overall, though, the interior design trends spartan; this is a car focused on driving, and its interior reflects that.

There’s not much available in the way of electronics; both BRZ trim levels feature a 6.2-inch touchscreen with Subaru’s Starlink multimedia system. Smartphone integration is minimal; there’s no Android Auto or Apple CarPlay available, but there is internet radio (Pandora or Stitcher) and a few other apps. The navigation system option was dropped last year, so if you want navigation, I’d suggest buying a smartphone mount.

Limited models add a 4.2-inch LCD next to the tachometer in the instrument panel that can be customized to show different performance-related gauges, including lateral g-force, steering angle, a stopwatch for recording lap times and even a chart that shows engine power and torque curves.

Rear cargo space is small, at 6.9 cubic feet. At best, a few small bags or a set of golf clubs can fit back there. The backseat folds in a single piece to open up more room. There isn’t much cabin storage space, either; the shifter and handbrake take up most of the area between the seats, and the glove box is small.

The BRZ received a score of good (out of a possible good, acceptable, marginal and poor) in each of the Insurance Institute for Highway Safety’s crash tests, except the small overlap front test, where it’s rated acceptable.

The Subaru BRZ is sparse when it comes to safety features. A backup camera is standard, but there are no advanced safety features to speak of. Forward collision warning and blind spot warning are nowhere to be found.

Though the backseat is very small, there are two sets of lower Latch anchors and two top tethers, as well — but good luck fitting a child-safety seat (let alone a child) through that door opening.

The updated 2017 Subaru BRZ is unquestionably improved; it’s sharper looking, drives better at the limit and represents one of the best values for a rear-wheel-drive performance car to be found. When it was time to hand the keys back over, I was sad to see it go. But all of these improvements just make it scream out for an engine that can keep up with the rest of the package.

January 10, 2020
By Eddie from Statesville
Owns this car

It's small, peppy and unbelievably fun to drive. I fell in love at first rev. I will own this car for a very long time and after looking at after market parts, there is so much that can be done to it.

November 19, 2019
By Carguy from Mission Viejo, CA
Owns this car

This car is extremely dependable and gets looks all the time. Its also sooo much fun to drive. Its great on gas as well. One of the last struck shifts still available

This car is amazing . Driving it is an incredible experience . The only problem is that the rear seats part is a litle small.

Rating breakdown (out of 5):
1 person out of 1 found this review helpful. Did you?
Show full review
See all 23 consumer reviews

News
Video: How to Drive a Manual Transmission

November 1, 2017
News
Video: How to Drive a Manual Transmission

November 1, 2017
News
Video: How to Drive a Manual Transmission 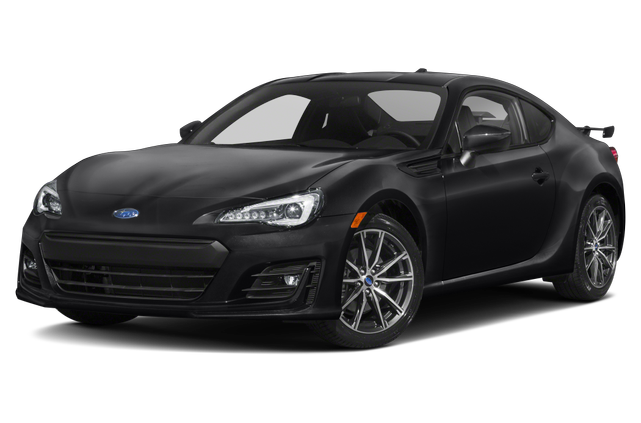 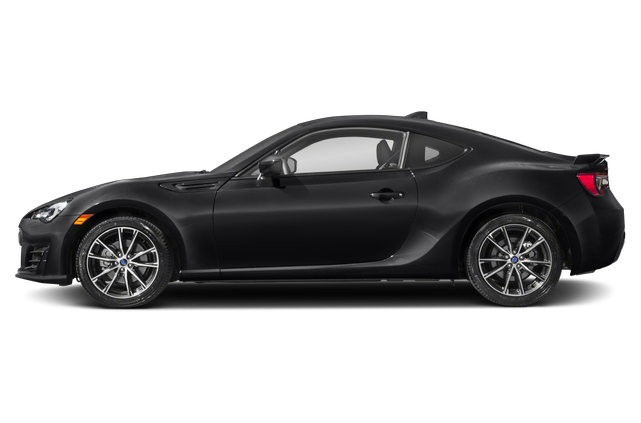 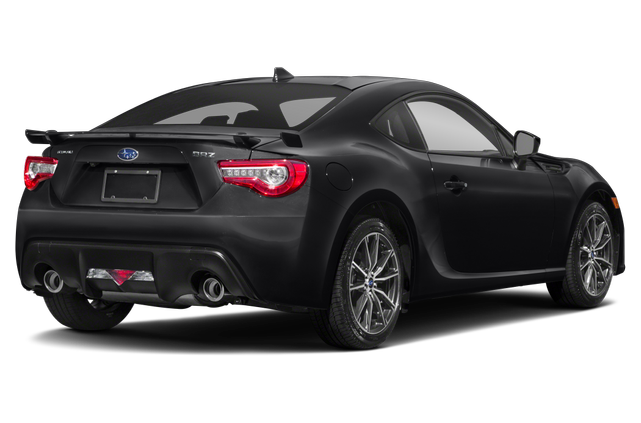 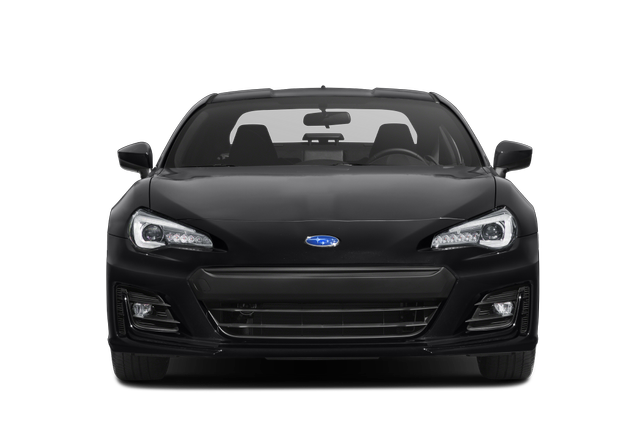 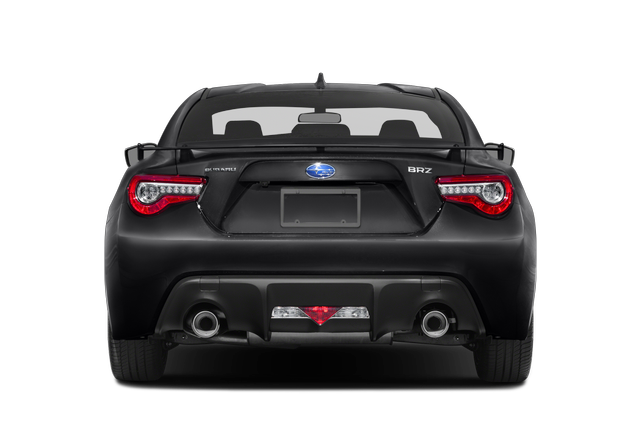 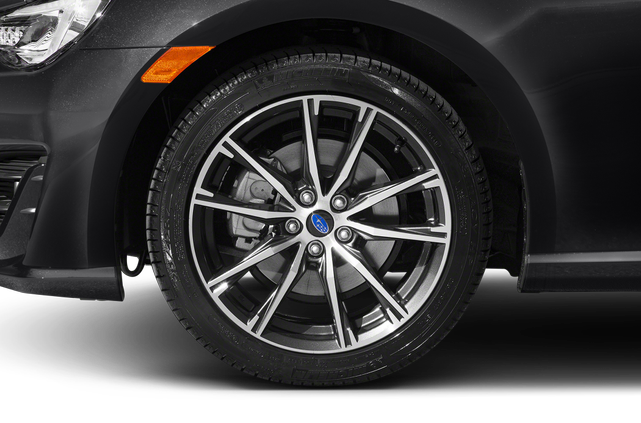 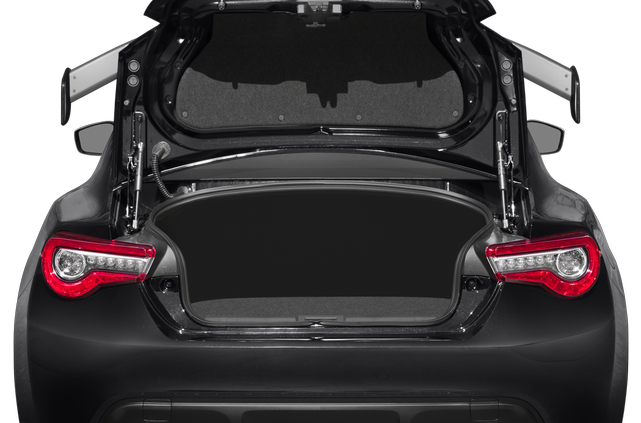 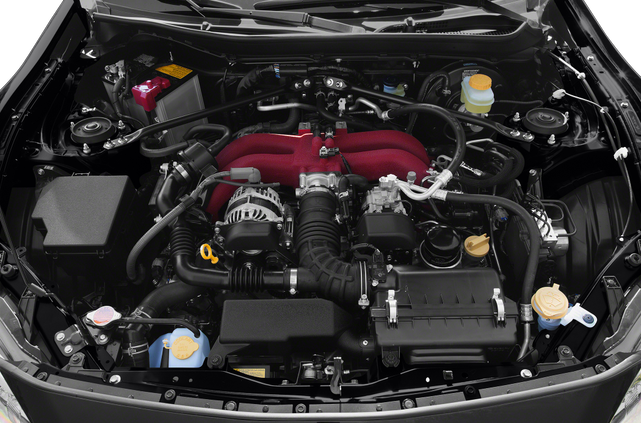 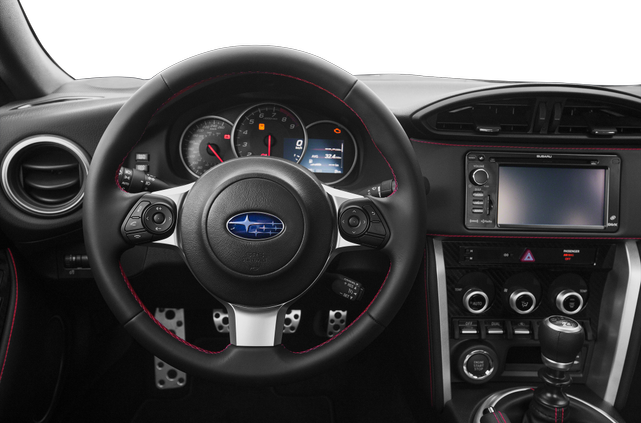 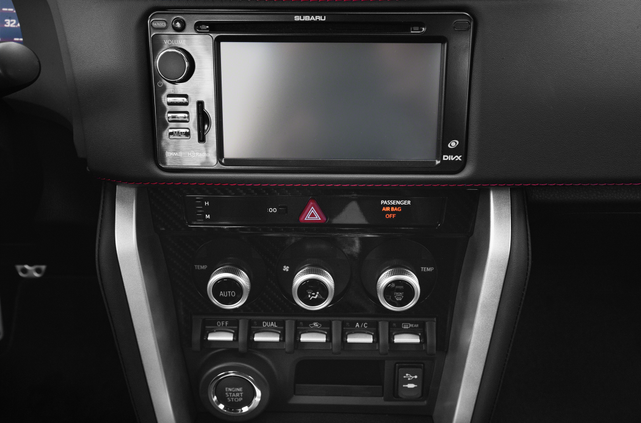 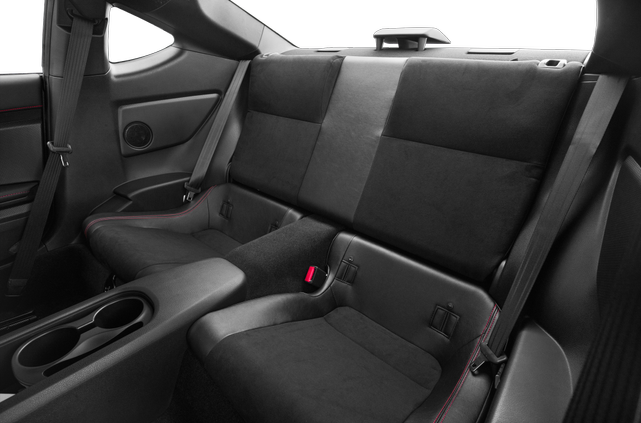 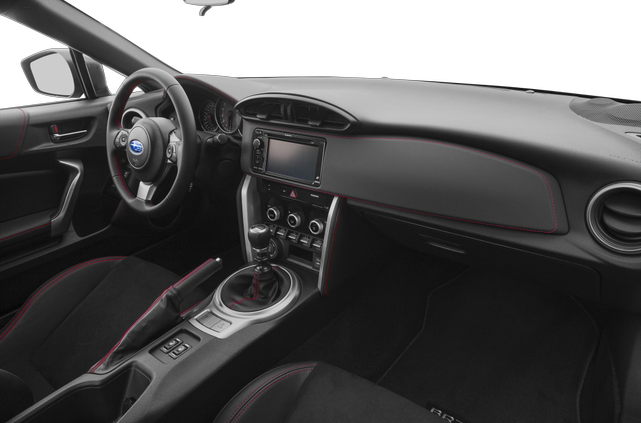 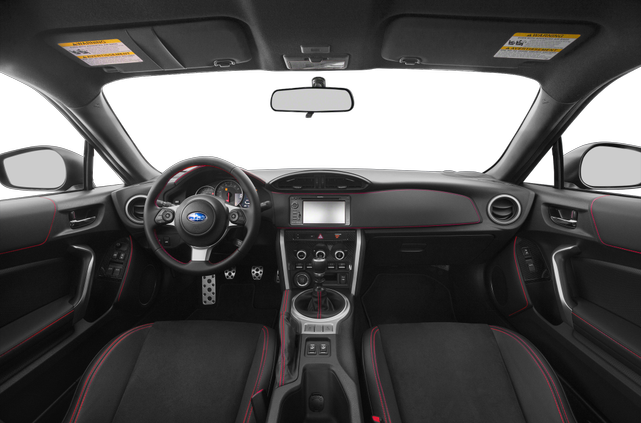 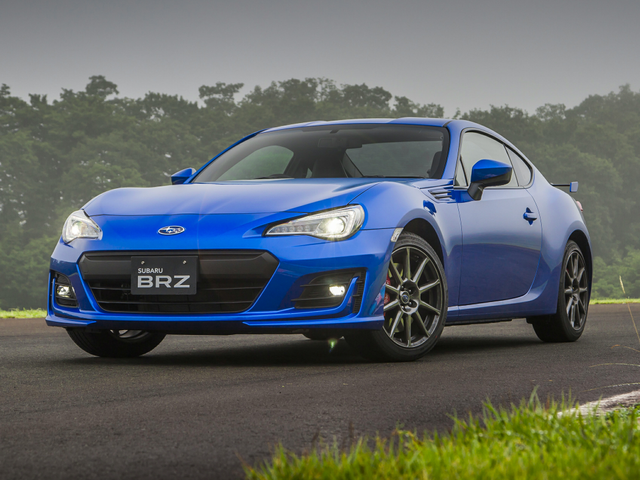 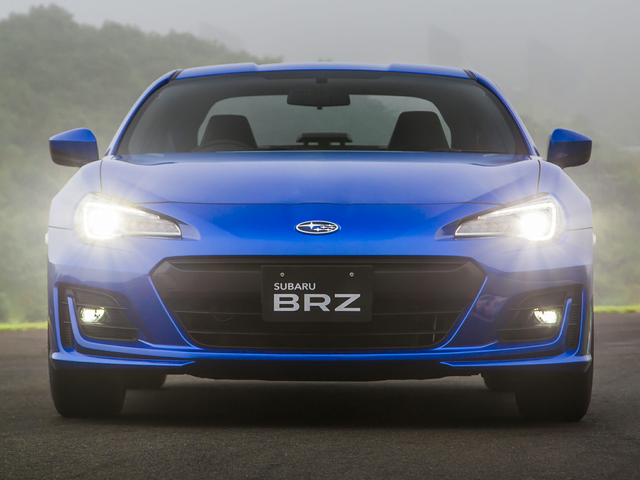 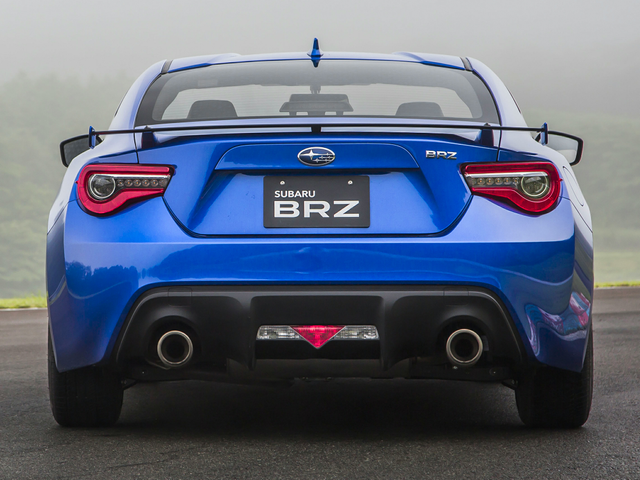 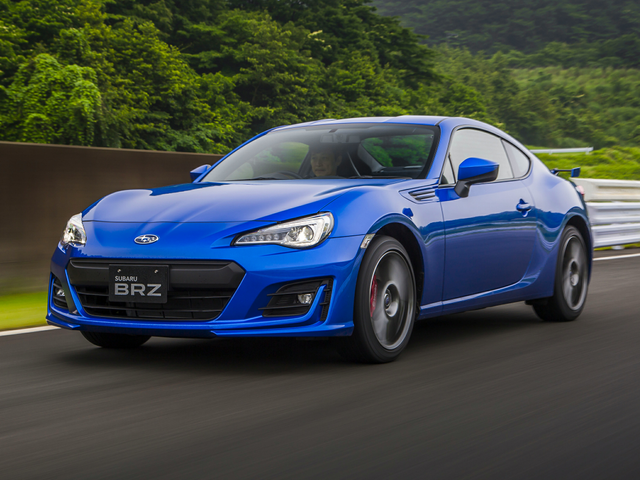 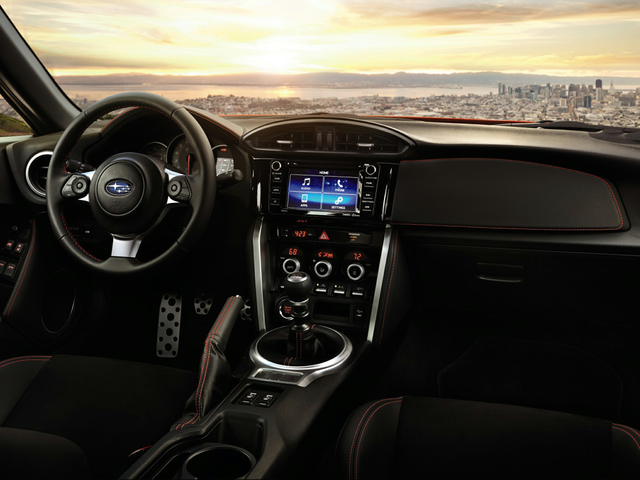