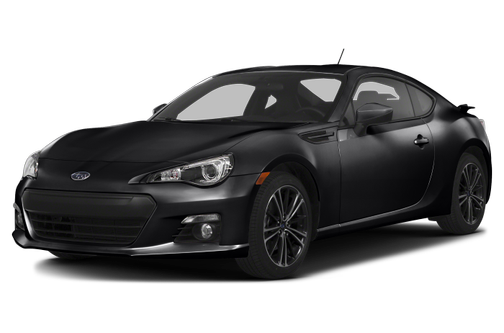 Our 2013 Subaru BRZ trim comparison will help you decide.

Like its twin, the Scion FR-S, the 2013 Subaru BRZ is a welcome return to an era of fun, light, simple sports cars that are affordable, too.

Japanese automakers Subaru and Toyota have been linked for years. Toyota owns a substantial stake in the smaller company, whose Indiana assembly plant manufactures Camrys. So it wasn’t a surprise when the two companies announced a joint venture to produce a car … .

Oh, who am I kidding? It was a surprise: Toyota determined it needed a sportier car than it has marketed in about a decade, so it handed most of the engineering responsibility for a rear-wheel-drive car to a manufacturer that has exclusively sold all-wheel-drive models in the U.S. Wha?

But the cars are here now, the Toyota version being sold as the 2013 Scion FR-S, which we’ve reviewed separately, and the Subaru on sale as the 2013 BRZ. (See them side by side.)

As far as the driving experience is concerned, these models are essentially the same car. In fact, I wouldn’t debate anyone who calls them identical. Some will claim to detect small differences in their dynamics, but the only consequential differentiators are features and cabin materials. If differences among normal competing models are measured with a yardstick, these two require a micrometer.

You actually need a yardstick to compare other competitors, because nothing in this price range is quite the size of the BRZ. The Nissan 370Z is similarly sized, but that one starts at $33,900, while the BRZ is base-priced at $26,265 (all prices include destination charges).

Exterior & Styling
The exterior design is unmistakably Japanese and definitely eye-catching to an unfamiliar public. Here, too, the styling differences between the BRZ and FR-S are few. Along with their overall exterior shape, the headlights and taillights — defining elements — are the same shape. The Scion has a more serious face, where the BRZ turns the grille’s frown upside down.

Subaru provided the 2.0-liter four-cylinder engine — the same horizontally opposed design that powers every Subaru model and no other Toyota- or Scion-brand vehicle — yet Scion got the nifty fender badge depicting horizontally opposed pistons. How did that happen? The badge also bears the number 86, as the Toyota-branded model sold overseas retained the GT 86 nameplate of its concept car (itself an homage to a generation of the rear-wheel-drive Celica sold in the 1980s). The BRZ has a faux vent on the fender instead.

Adequate Power
With 200 horsepower, the BRZ is reasonably quick, weighing just 2,762 pounds. The torque peak is a modest 151 pounds-feet that comes at 6,400 rpm — much closer to the 7,500 rpm redline than to idle. Toyota’s main contribution is a novel fuel system with two injectors per cylinder — one in each intake port and one direct — that enables a high compression ratio of 12.5 to 1 on premium gas.

The low-rev torque is adequate, but the BRZ doesn’t start to feel like a sports car until it’s wound out — especially with the automatic transmission, which has a lazy launch. At higher revs, the engine sounded louder and coarser that most of our editors cared for. On the flip side, there’s something more satisfying about the flat-four exhaust note than a common inline-four engine.

Many automotive enthusiasts deemed the BRZ underpowered before it even hit the market. I’d call that a stretch, and anyone who wants more power need only wait awhile; it’s coming.

As all sports cars should, the BRZ has a six-speed manual transmission — standard — and it’s a good one: The throws are short and the gates well-defined. If the mere fact that it’s a manual, plus its excellent execution, aren’t reasons enough to like it, how about faster sprints? Our friends at MotorWeek clocked the manual’s zero-to-60 time at 6.2 seconds and the automatic’s at 7.7 seconds.

The optional six-speed automatic ($1,100) has Drive and Sport modes, as well as a Snow mode that’s the opposite of Sport — limited torque and upshifts occurring as soon as possible as you add speed. You can also shift manually via the gear-selector lever or paddles on the steering wheel.

It’s a decent automatic that occasionally exhibits some hesitation. On downshifts, it rev-matches expertly, if not too quickly. Honestly, despite its slower sprints, I’m fine with the choice of a conventional transmission design over a dual-clutch automated manual. In affordable cars, the latter type shifts quickly but often disappoints in other ways. If you want fast and fun (and not to be a weenie), get the manual.

The EPA mileage estimates are respectable at 22/30/25 mpg city/highway/combined for the manual and 25/34/28 mpg for the automatic. Premium gas is required.

Handling
If you expect to drive on a track, you want the manual. I took an automatic BRZ out on Road America’s four-mile road course and found the gear ratios weren’t right. In fairness, this track is too fast for the BRZ — but that’s why its excellent dynamics won me over.

Formulas don’t always translate to reality, but in the BRZ’s case, light weight, rear-wheel drive and simplicity definitely translate to the engaging experience you expect. In some cars, rear wheels driven with modest torque can stay in line like a boot-camp recruit. The BRZ happily swings its tail about and snaps it back with a flick of the steering wheel or a deft throttle adjustment. The steering is quick, with prompt turn-in and a nicely weighted wheel.

If the BRZ reminds me of any car, it’s the Mazda MX-5 Miata, one of which I own. Though it’s a two-seater and a convertible, the Mazda shares the formula and the results: rear-drive layout, excellent balance, communicative steering and controllability. Perhaps that’s the BRZ’s greatest attribute: controllability. A car might come with outstanding control all its own, but that can be boring. Unflappably poised: bad. Uncontrollable: bad. Loose but controllable: good.

The BRZ’s tires play a part in its fun factor. While they’re respectable, the stock Michelin Primacy HP summer tires (rated P215/45R17) are marketed for “Luxury Performance Touring.” The word “touring” always suggests less of a performance emphasis. Wider or grippier rubber would certainly let the BRZ take corners faster, but I still like the package as-is.

Ride & Comfort
The BRZ’s ride quality definitely says sport. It’s not objectionable for this vehicle type, but it doesn’t have the dual sport/comfort personality some modern cars deliver. The firm seats play a part, as they don’t absorb shocks themselves. All our editors liked the seats, though: They hold you in place for spirited driving — without being overly restrictive or difficult to get into. The adjustable head restraint is another bonus, because sometimes sport seats have a one-piece backrest. The lack of a center armrest irritated a few of us, though.

The cabin is where you’ll find most of the differences between the BRZ and FR-S. Most of our editors preferred the BRZ, mainly because it replaces the FR-S’ large, aftermarket-style radio with a touch-screen navigation system. Though the FR-S costs $24,955, the additional $1,310 for the BRZ’s base Premium trim level isn’t bad for the navigation system and xenon headlights. Scion includes free maintenance for two years (details), but Subaru offers one more year of roadside assistance: three years or 36,000 miles versus two years or 25,000 miles.

Notable options include an auto-dimming rearview mirror and HomeLink.

Neither these extra features nor the ones that distinguish the base BRZ Premium from the FR-S are available on the Scion, even as options.

‘Backseat’
Known as a 2+2, the BRZ has two small rear seats that are best left to children. While the headroom is better than I expected, I had practically no legroom. But it’s good to have the space for storage. The seatbacks fold forward to extend the trunk room, allowing space for four tires on track day, according to Subaru.

At 6.9 cubic feet, the trunk itself is 1.6 cubic feet larger than the Miata’s, but the Miata’s lack of a backseat means the trunk is all you get. The larger Ford Mustang has 13.4 cubic feet of trunk space and a larger backseat. (See the cars compared side by side.)

Safety
The Insurance Institute for Highway Safety deemed the BRZ a Top Safety Pick, reflecting top scores in all tests — impressive for a sports car. The National Highway Traffic Safety Administration hadn’t tested the BRZ as of publication.

The BRZ has two front airbags, front-seat-mounted side-impact torso airbags and side curtains for the front and rear seats. As is required of all new cars since the 2012 model year, the BRZ has antilock brakes and an electronic stability system with traction control. See all the safety features listed here.

BRZ in the Market
When a sporty car is this good upon its debut, you know it immediately. It has all the elements that, if missing, couldn’t be fixed easily or cheaply. (Cars don’t magically lose weight or get revised steering or new suspensions or weight distribution without an overhaul.) Simply put, the BRZ can only get better from here, with more power, brake and tire upgrades … you name it.

Unfamiliar with the beastly WRX STI, most Americans don’t recognize that Subaru has the performance chops to build a BRZ. If anything, the excellence resulting from this joint venture exposes both how far Toyota has fallen and the ways in which a supposedly evolving automotive industry has actually devolved. These two fun, affordable sports cars are exceptions. They shouldn’t be.

Never getting rid of it

I own a 2013 subaru brz and I've had it for a year now and I will say I feel like I cheated the other guy, because my money went way further than I could've imagined. I'll keep it short and sweet. Handles amazing, huge community behind the car. I get compliments all the time. Simple interior yet easy on the eye. Has a very Analog feel to it. When you corner you can tell that this thing grips amazingly with even the stock tires. Huge aftermarket/ cheap parts. I've only had to change the oil and plugs because of the mileage my car has(70k) I decided to tune it up even though the plugs were still fine. Stereo sucked but fixed that problem pretty easily, hence the aftermarket. Torque dip around 4k rpm but uel headers and a tune fixed that. Overall I'm very happy with my purchase and I can't stop putting miles on this car.

Rating breakdown (out of 5):
7 people out of 7 found this review helpful. Did you?
Show full review
4.9

January 2, 2021
By Chris S from Lexington
Owns this car

Peppy little thing! Wanted a Subaru and couldnt beat the dealers price. Car lacks a center console pad, which is weird, but its no biggie. Factory designed that way. Car is comfy, and it fits me well. Great legroom, and the switches, knobs, etc, are in good spots. Backup camera is nice. Easy to wash and clean. So far Im very happy with my BRZ

Rating breakdown (out of 5):
1 person out of 1 found this review helpful. Did you?
Show full review
4.4

Most Fun Car I have ever owned.

Super fun car, very reliable. Not too fast but it is quick because it's very light. Handles amazingly, manual is a must for this car.

Rating breakdown (out of 5):
2 people out of 2 found this review helpful. Did you?
Show full review
See all 45 consumer reviews 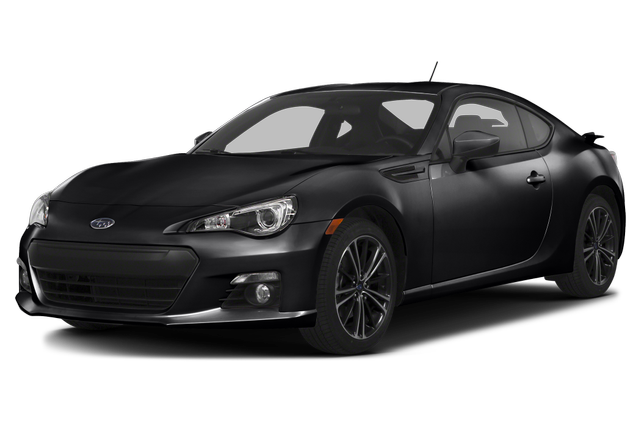 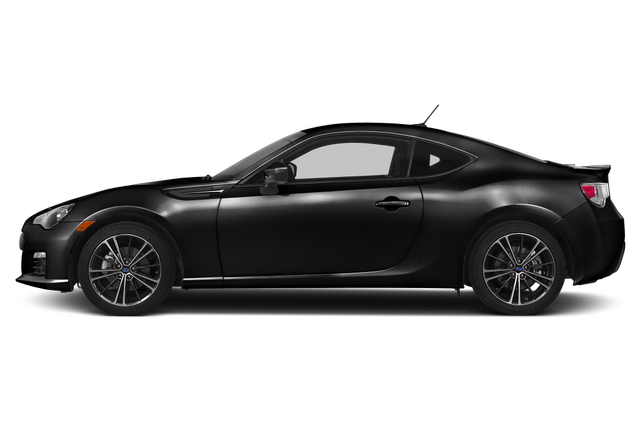 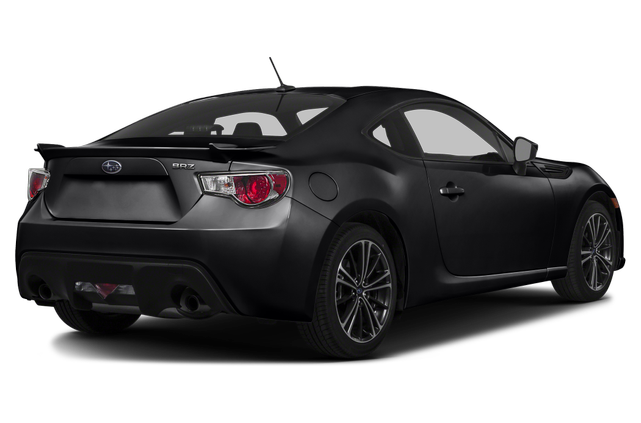 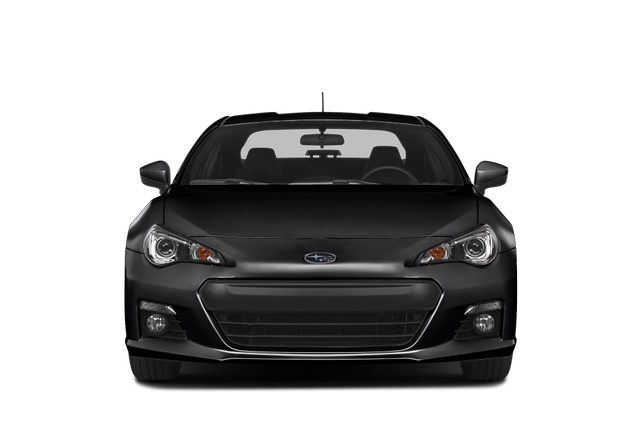 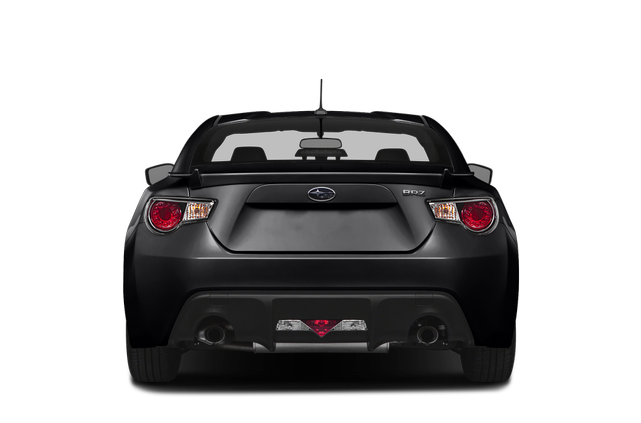 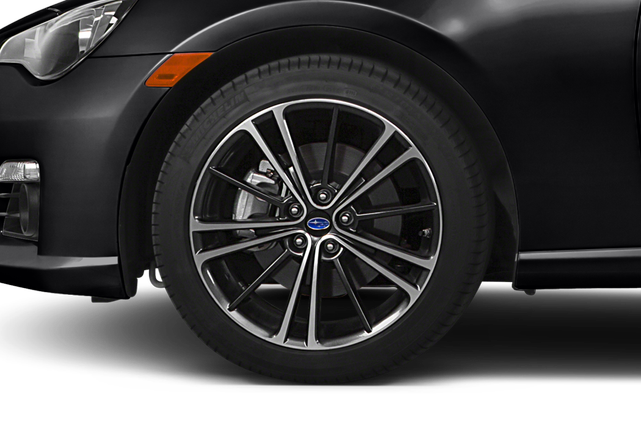 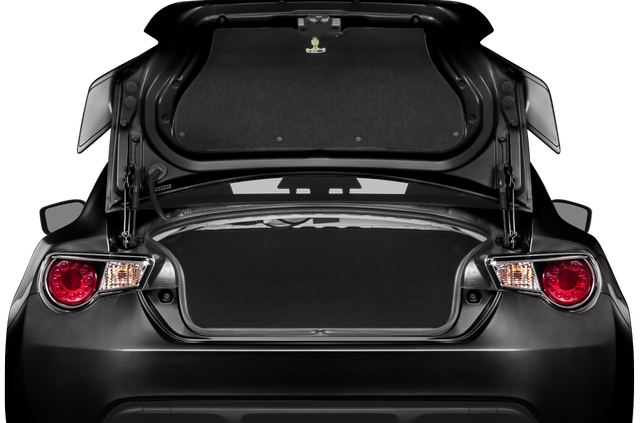 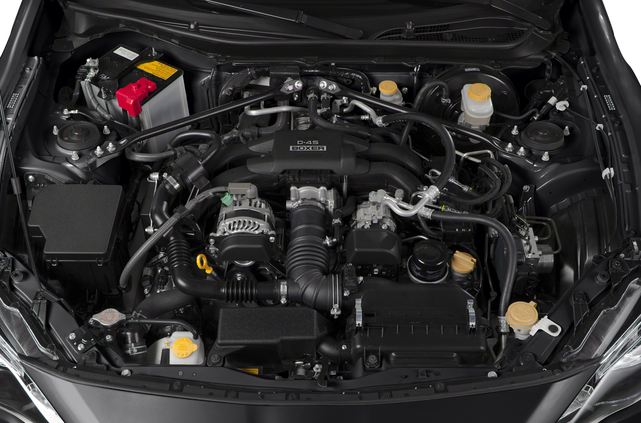 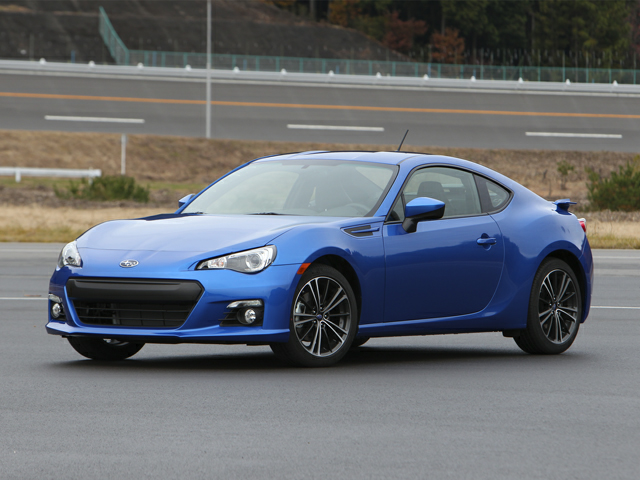 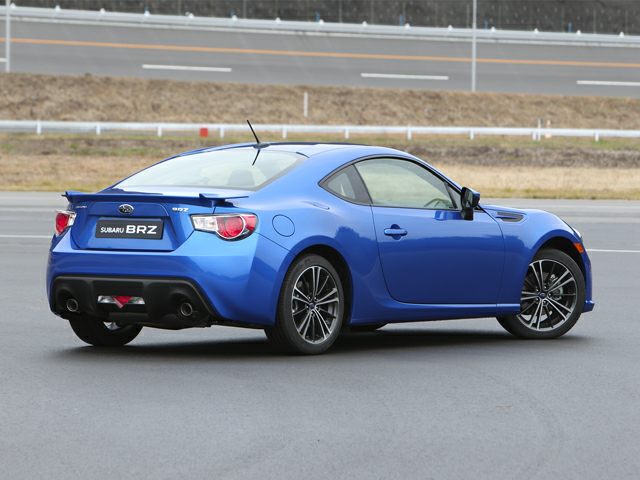 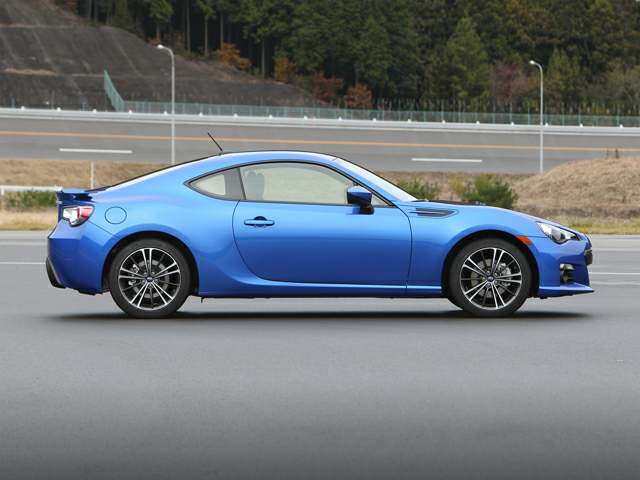 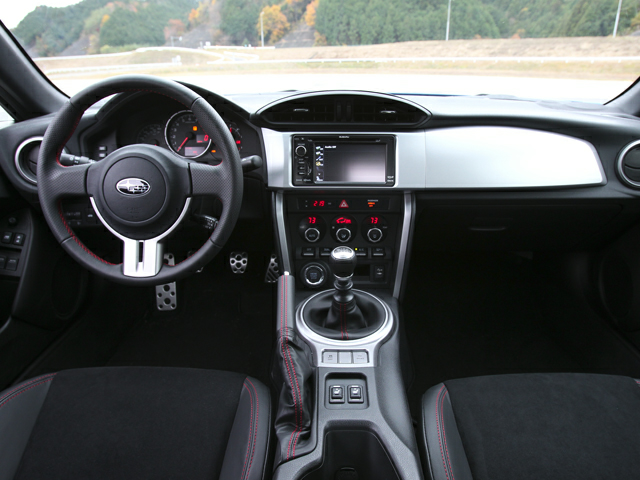 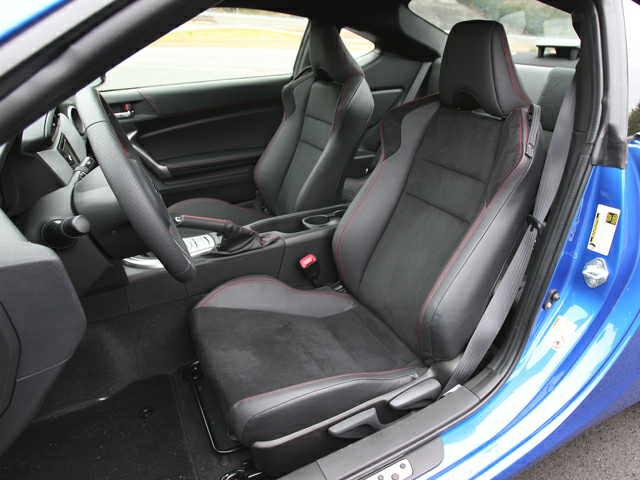 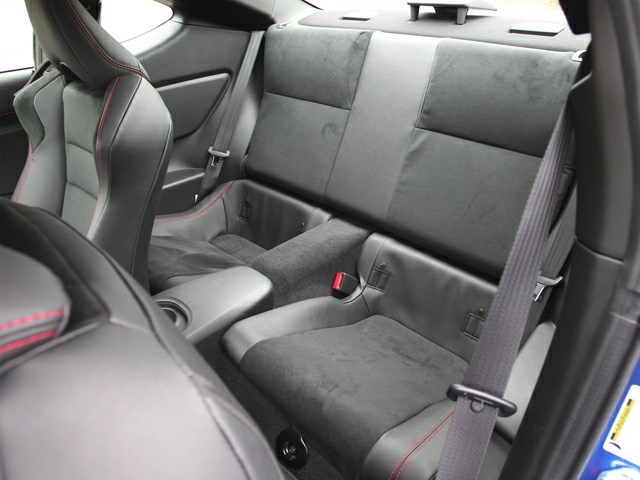 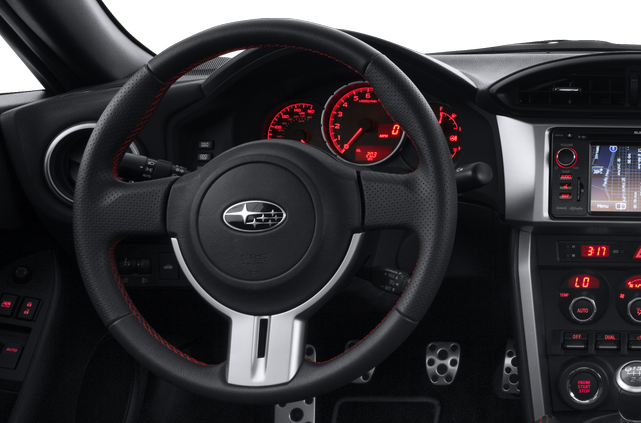 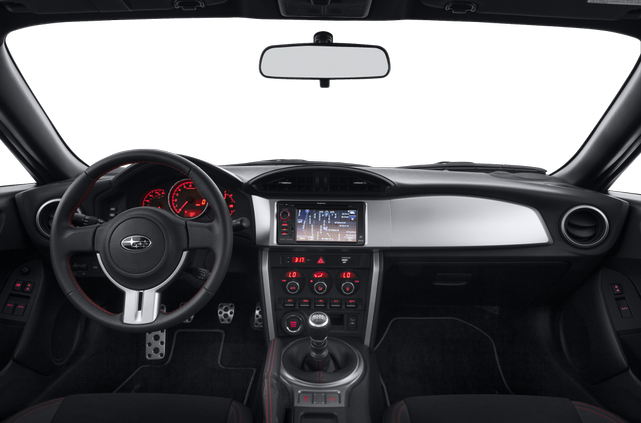 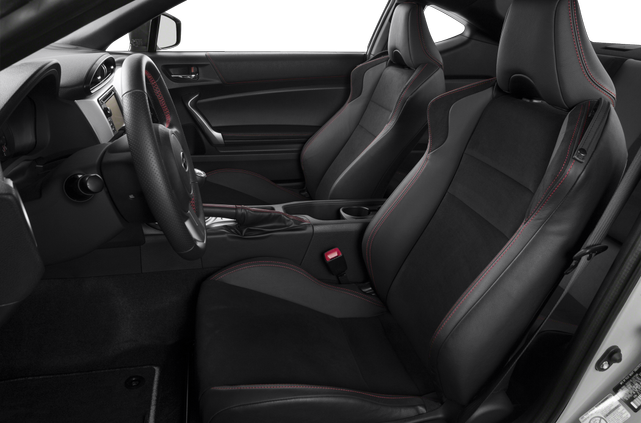 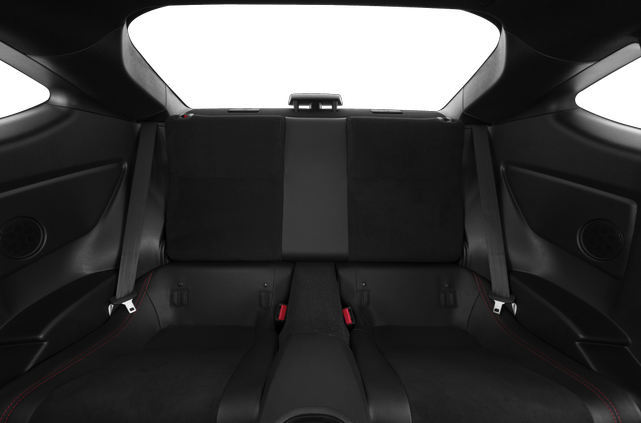 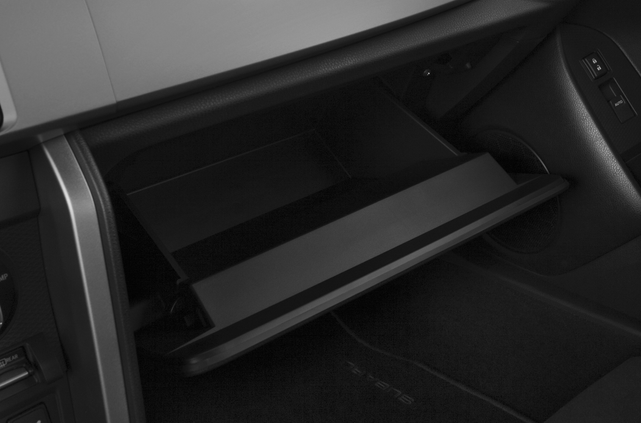 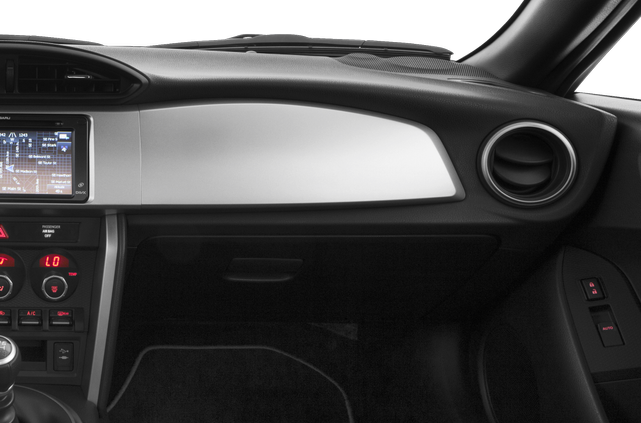 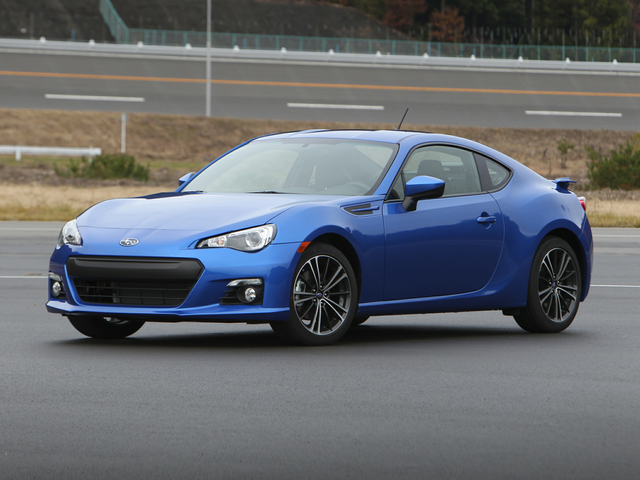 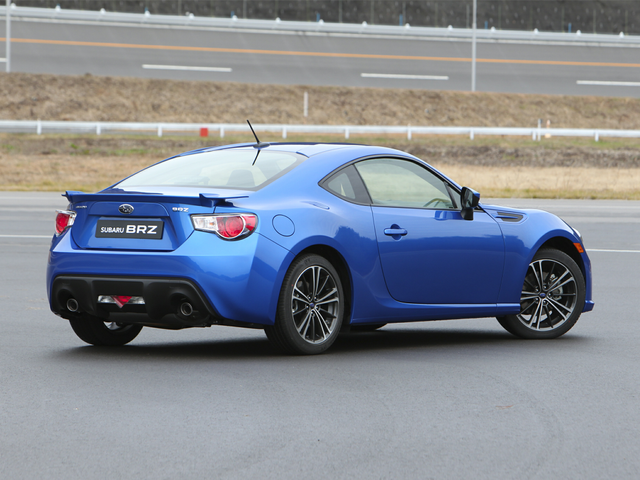 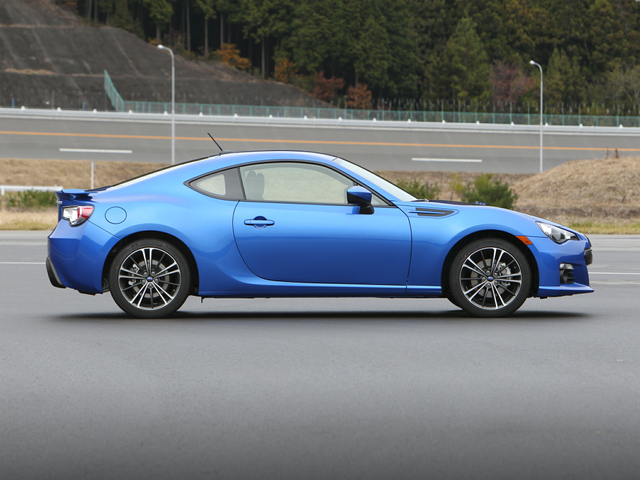 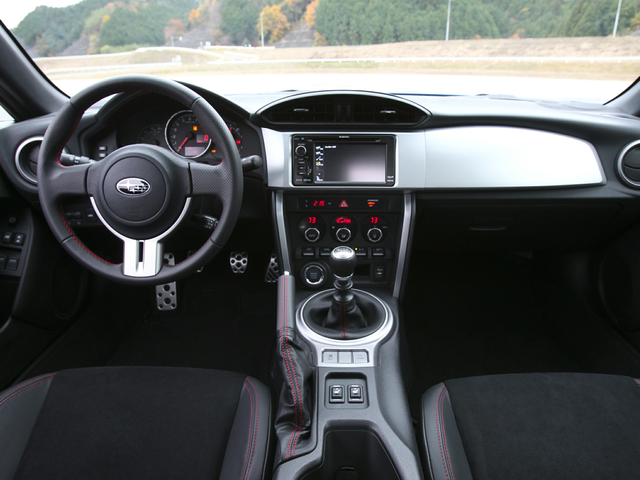 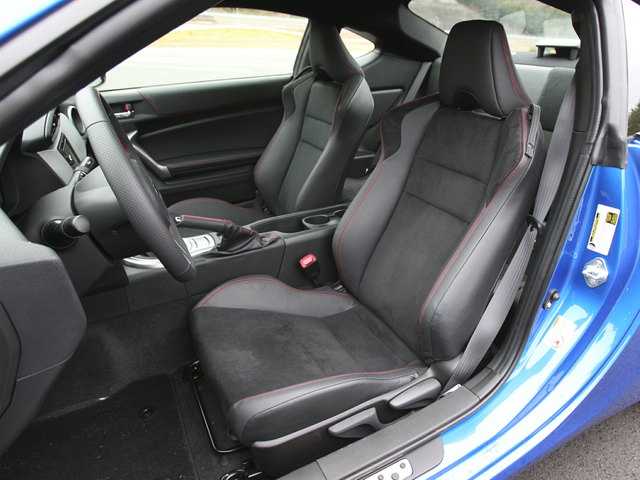 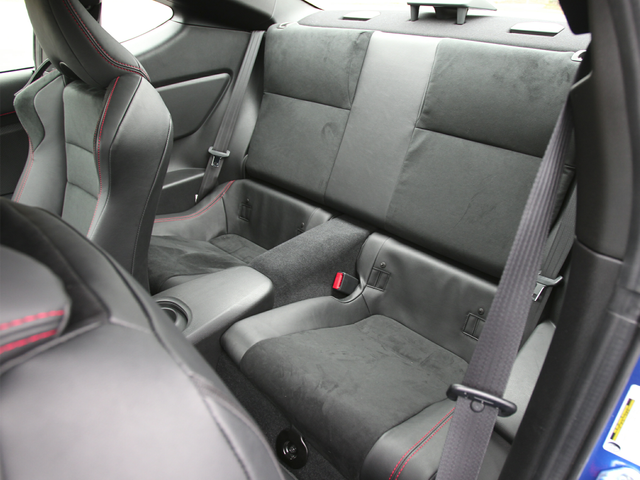