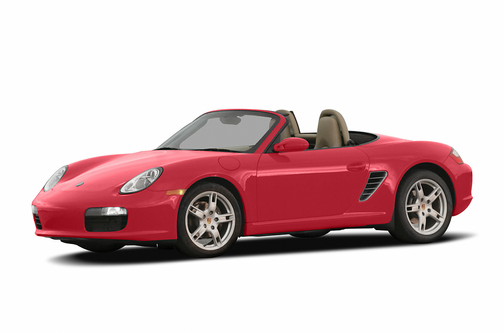 Our 2005 Porsche Boxster trim comparison will help you decide.

When was the last time you were in a fancy restaurant and nearly gagged when you saw the filet mignon listed at $50? Although that is a prime cut of meat and perhaps exquisitely prepared, many of us simply cannot stand the thought of dropping half-a-hundred on a six-ounce portion of food.

And then you spot the New York strip steak for $30 – a comparative bargain, yet still providing a filling, delicious experience for the veteran steak eater. So it is with the Boxster S. It’s not a $90,000 Porsche 911 Carrera S Cabriolet or a $440,000 Porsche Carrera GT. Yet, you still get much of Porsche experience behind the wheel of a Boxster S with a starting price of $53,100.

And that experience includes whiplash acceleration, monorail-like handling and the option of blissful open-air motoring on warm Northern California days.

The Boxster S in my hands for a week listed at around $61,500, most of the extra cost ($3,200) wrapped up in Porsche’s technologically wondrous Tiptronic S transmission. The German automaker pioneered clutchless manual shifting. In its current evolvement, it’s a marvel.

The Tiptronic S gearbox can function as a basic five-speed automatic, which will rip you around with plentiful authority because it is hooked up to a 280-horsepower, flat-6 engine driving rear wheels and only about 3,000 pounds of hardware.

But snap the center console-positioned shifter one click to the left, and you are in manual mode with no clutch to dance upon. Now, you can zip up and down the gears via buttons on the steering wheel, feeling every bit like a world-class race car driver.

Response from the engine is dramatic. Accelerations are not firm run-ups but see-you-later blasts. Thankfully, heavyweight disc brakes at all four corners can tame the Boxster’s energy in an instant.

Given what the engine puts out, the Boxster S is equipped with a seriously sport-tuned suspension. The good news is that it holds the car in a rock-solid grip on hard corners taken at high speed. The bad news is that you feel every single highway imperfection in your spine.

Potholes and speed bumps are to be feared in the Boxster S. And for this reason, some passengers and drivers don’t like it. Those who do like it accept the bumps and love the handling. It’s a sports-car thing.

How does it look? Like a $100,000 piece of machinery. No Mercedes, no Lotus, no Bentley drew as many stares as the tested Boxster S. Paint a number of the sleek, low-riding droptop, and most would figure it for purpose-built racer.

Naturally, there are some drawbacks to this styling.

I thought folding my 6-foot-4-inch frame into the cockpit was a problem, but it was no worse than passengers who settled on falling backward into the right-front seat after several failed attempts to dive in nose-first.

That mid-engine configuration also takes some getting used to. The rumble from the power plant massages your thighs much of the time, and engine fluids are added via receptacles in the back under the trunklid.

One surprise was rear vision, which I expected to be terrible. It’s not, thanks to a clever, nearly trapezoidal configuration in the convertible’s rear window. A glance in the rearview mirror offers a perfectly aimed, clear view of what’s going on behind the Boxster’s exhausts.

Blind spots on the side are another story. Look carefully before changing lanes – and make sure fellow motorists can see you. At only 51 inches high, it’s easy for a fast-moving Boxster S to get lost in a sea of high-riding vehicles.

All in all, this most-impractical of cars is a very enjoyable, horsepower-laden toy within the reach of budgets that might not otherwise allow even a second’s consideration of a Porsche.

Most fun yet practical car

I have had 3 Boxster s over the years and this one for over 10. Loved every minute driving it. Great pick up and handling plus two trunks to allow for hauling things. A real head turner. Just need to maintain it for it to keep running well. I'm only selling mine cause we moved down a dirt road and its too rutted for a sports car. I got it for a great price, so letting it go for thousands less than it's blue book.

Rating breakdown (out of 5):
0 people out of 0 found this review helpful. Did you?
Show full review
4.6

Exemplary handling and driving experience. Well built and not costly to maintain as one might think. Lots of luggage space and creature comforts. Driving position and weight of controls is reference for many sports cars.

Rating breakdown (out of 5):
0 people out of 0 found this review helpful. Did you?
Show full review
4.3

Massive performance for the price

September 5, 2019
By Shawn C from Rochester, NY
Owns this car

Car has amazing performance for the price. Comfort wise it is a bit lacking in the bells and whistles. Acceleration, braking, turning - incredible for the price.

Rating breakdown (out of 5):
0 people out of 0 found this review helpful. Did you?
Show full review
See all 36 consumer reviews

All model years for the Porsche Boxster 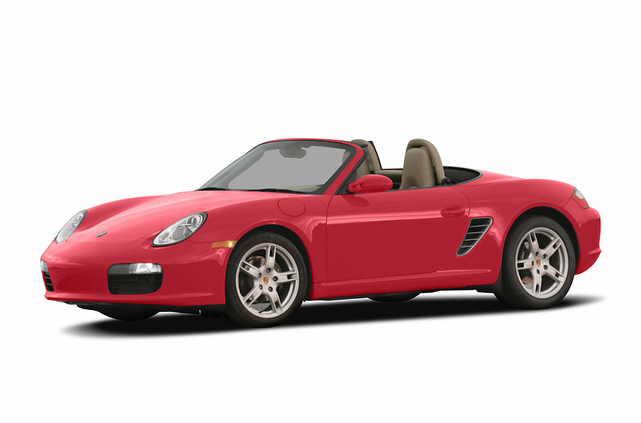 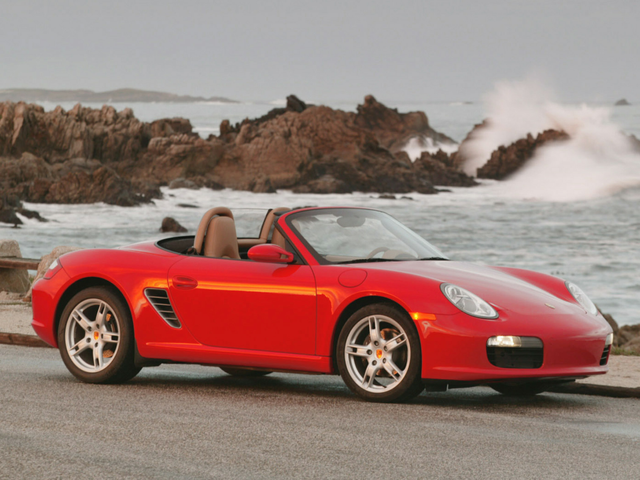