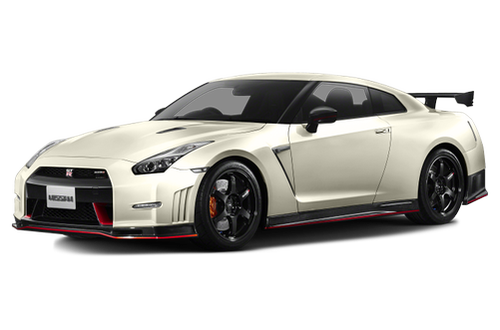 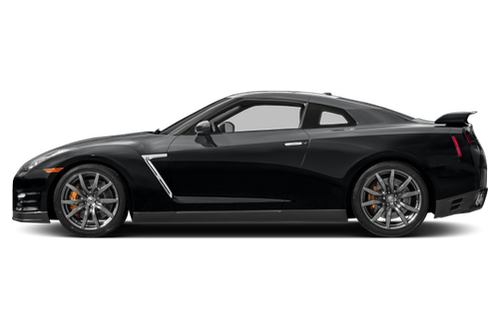 The 2016 Nissan GT-R is an all-wheel-drive high-end performance car available in three trim levels: Premium, Black Edition and NISMO. It competes with vehicles like the Jaguar F-Type R Coupe, the Audi R8 V8 Coupe, the Porsche 911 Turbo and the Chevrolet Corvette Stingray Coupe.

The 2016 Nissan GT-R now comes with 20-spoke wheels for the Premium trim level, but outside of that, not much is new. Nissan did release fewer than 30 limited-edition 45th Anniversary Gold Edition GT-R models, which feature gold paint, a gold-color vehicle identification number plate and a commemorative plaque on the center console. But if you didn't grab yours when it was released, you're probably not going to get one now.

How Does the 2016 Nissan GT-R Compare to Other Performance Cars?

While the 2016 Nissan GT-R lacks some of the style, presence and luxury of competitors like the Jaguar F-Type R Coupe, Audi R8 V8 Coupe and the Porsche 911 Turbo, it makes up for it with monstrous speed and power. The 2016 Nissan GT-R also boasts a surprisingly roomy interior for a sports car.

What Features in the 2016 Nissan GT-R Are Most Important?

The 2016 Nissan GT-R comes standard with a 545-horsepower, turbocharged 3.8-liter V-6 that's linked to a paddle-shifted six-speed dual-clutch automated-manual transmission. The standard Brembo-brand brakes and 20-inch wheels round out the performance and handling features of the GT-R. Inside the cabin, the 2016 Nissan GT-R comes with many standard tech offerings, including a configurable instrument-panel information screen, a navigation system, Bluetooth streaming audio and a Bose audio system with noise-cancellation function. As with all new vehicles, the 2016 Nissan GT-R is required to come with front airbags, antilock brakes and an electronic stability system.

Outside of the 600-hp engine available on the NISMO model, the available features on the 2016 Nissan GT-R enable you to flesh out this sports car's style and feel. On the outside, you can add a carbon-fiber rear spoiler and lightweight 20-inch wheels in a black finish. Recaro front seats and a red and black interior are available styling options inside the cabin of the GT-R.

If speed and acceleration are your main priorities, the 2016 Nissan GT-R is a great choice. The adaptive suspension and sharp handling complement the raw power of the GT-R as well, and the roomy interior isn't a bad touch.

However, the 2016 Nissan GT-R's look and feel both inside and out is dated when compared with its competitors. Its race-car handling is great on the track, but it's jumpy on the street. The Nissan GT-R also comes at a high price for what it offers; those looking for that sports car style who don't need the speed of the GT-R would be better served by slightly cheaper options like the Jaguar F-Type R Coupe.

Awesome all around super car

I’ve always wanted a Nismo GTR, dream Car to own, this is a very unique and amazing car. There is no comparison from this to a normal GTR Read full review

All Model Years for the Nissan GT-R

Certified child passenger safety technicians conduct hands-on tests of a car’s Latch system and check the vehicle’s ability to accommodate different types of car seats. The GT-R received the following grades on a scale of A-F.*
* This score may not apply to all trims, especially for vehicles with multiple body styles that affect the space and design of the seating.