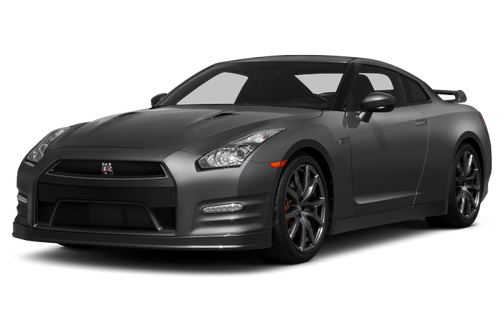 Our 2012 Nissan GT-R trim comparison will help you decide.

Rarely is one afforded the opportunity to pilot a car that can reach speeds of nearly 200 mph and hit 60 from a dead stop in the 3-second range. Doing so changes the way you think about modern transportation, given the rest of it goes by so slowly in comparison.

That the 2012 Nissan GT-R costs less than $100,000 while achieving performance that usually costs at least twice that boggles the mind — and being able to drive it so easily blew my mind.

Performance
Nissan has created a performance machine that is stunning for two significant reasons.

The first is the car’s sheer ability. Its all-wheel-drive system puts the twin-turbo V-6 engine’s 530 horsepower to the pavement superbly. Teamed with an independent rear suspension and the grip of 20-inch high-performance summer tires, the all-wheel drive made cornering at the limits mere child’s play.

There’s no highway off-ramp this cart can’t take like a racetrack carousel (absent other traffic, of course).

That sublime handling comes in second, though, to the sheer acceleration. I told everyone I met during my test drive — countless people stopped to ask me about the car — that it wasn’t the zero-to-60 time that was so impressive, it was zero to 80 or 90. The GT-R launches so powerfully that your mind cannot fathom the speed — or likely even register it — before you hit 60. The real feat is slowing down before any legal ramifications are enacted on you.

Your head snaps back with enough intensity to cause whiplash as the GT-R easily hits 1 g of force shifting hard from 1st to 2nd gear using titanium paddles behind the steering wheel. How can you tell it’s a full g of force? Handy display screens show acceleration, braking and cornering forces.

Luckily, the massive 15.4-inch brake rotors up front and 15-inch rotors in the rear slow the GT-R down precisely.

Of course, with this much handling and performance ability, there has to be a sacrifice somewhere, and that’s in ride comfort. Thanks to the rigid setup, drivers will feel every road imperfection, hear every pebble they kick up and curse any concrete highway they’re forced to travel.

There’s a switch labeled “comfort” placed amid settings that can adjust the transmission and stability control system. Unlike the other two options, I don’t believe the comfort setting accomplished much. Driving in comfort mode, I was still painfully aware of every crack in the road, like a kid playfully calling out about breaking your mother’s back. Which you might do if she’s riding shotgun in the GT-R.

During the first few days of my test drive, I thought the ride quality would sour me on the rest of the experience. I generally prefer a good mix of performance and comfort, as you’ll never wring out the abilities of a car like the GT-R on anything but a track.

By day six, though, I had nearly talked myself into buying a GT-R despite the abusive ride. There isn’t anything I desired south of $200,000, except maybe an Audi R8 GT, and that car is nearly $50,000 more than the GT-R. Plus, while more exotic, it doesn’t have the Nissan’s velocity.

You could go an entire day before being able to run the GT-R full tilt — and even then it will likely be just for minutes, or even seconds — but the exhilaration is well worth the wait. Fuel economy is rated 16/23 mpg city/highway, which is rather impressive when you consider this car’s performance. However, during a week of testing both around town and in bumper-to-bumper commutes, I averaged a rather unsettling 13 mpg.

Looks
The GT-R is nicknamed “Godzilla,” mainly because of its ability to perform like a monster. But it also sticks out on the street and in parking lots like a giant, radioactive lizard. Even in our test car’s stately Deep Blue Pearl paint — along with a classy light gray and black interior — teenagers gawked, fellow commuters whipped out smartphones to snap pictures, and I even got a few smiles from the fairer sex. I can safely say that all of those reactions were likely the car’s doing.

For 2012, the GT-R gets a revised nose and tail with daytime LED running lights, larger air intakes up front and, yes, even-larger exhaust pipes out back. I wasn’t fond of the running lights’ placement. They look a bit like an afterthought, as if the designers were thinking, “OK, we’ve got one of the fastest cars on the planet, and it looks great, but where can we slap on some LED lights?”

The overall look is pure sports car. Or, as my 3-year-old called it, “the blue racecar.”

Features
Being the most expensive Nissan ever to go on sale in the U.S., the $89,950 GT-R could easily be seen as overpriced. However, if the performance value weren’t enough to warrant the price tag — and I assure you it is — the leather-appointed interior exudes upscale performance. The dash is wrapped in black leather, and the light gray leather seats are soft to the touch but extremely supportive and comfortable.

There aren’t a lot of adjustments for the seats or lumbar support, but I got used to them over time. However, my shoulders did exceed the reach of the seat’s back. It’s not a car that will be uncomfortable for average-sized drivers like myself, but nor will it be a fit for everyone.

Most of the buttons and readouts are similar, if not identical to, those used on other Nissan products, but they don’t look out of place in a $90,000 model. Navigation is also standard, and the 7-inch display has not only the same maps and excellent multimedia system as other Nissans, but also a computer that allows you to survey the GT-R’s performance as it moves.

In addition to the g-force readouts I mentioned, there are customizable screens so owners can pick what they want to monitor.

Also standard is an 11-speaker Bose stereo with a USB iPod input. I found the sound to be best with bass-heavy selections at high volumes. Clarity is not the system’s strong suit.

My only concern was the lack of a head-up display or larger digital speed display in the gauge cluster. One is available, but only as part of the trip computer — a small readout wedged under the tachometer. So instead of seeing the average mileage — mine was about 13 mpg — you could see your current speed.

When your eyes are peeled and fixed on the road as you accelerate, it would be helpful if you could check your speed without too much eye movement.

Rated at just 8.8 cubic feet of cargo volume, the trunk sounds small, measuring about the same as a Camaro convertible I recently tested that had one of the tightest confines I’ve ever seen. But, in fact, the GT-R’s cargo hold seems rather cavernous and deep.

There’s only one option package for the GT-R, for cold weather, and it includes all-season tires and a special coolant mix for extreme temperatures.

There’s also a special Black Edition GT-R for those who don’t think the base model is enough. It sports a black paint job, lightweight black wheels, and a red and black interior with a dark headliner. That will set you back an additional $5,150.

Safety
The GT-R has not been crash-tested by either the National Highway Traffic Safety Administration or the Insurance Institute for Highway Safety.

It features driver and front passenger frontal airbags, as well as seat-mounted side-impact airbags and side curtain airbags. To see all standard safety features, click here.

GT-R in the Market
The market for a car like the GT-R is small, reserved for certain ranks of Corvette and Porsche owners who opt for top trim levels with the most power. The Nissan’s incredible performance and ease of use will make it a favorite of performance junkies, but it also serves as a terrific halo car for the brand.

The car of my dreams .... the Nissan GTR was ready for me to purchase at GNS West Berlin NJ ... Vehicle is the baddest on the street

Rating breakdown (out of 5):
0 people out of 0 found this review helpful. Did you?
Show full review
4.2

December 3, 2018
By edison from Fort Collins
Test drove this car

0-60mph is especially fast. I used to own an Audi S7, which is far less than the performance of GT-R. Broken 60mph in 3.7 seconds. But the interior is old.

Awesome Car, Will be buying one definetly

The GT-R is my dream car that I will be buying! It is also easy to work on, which most people do not know or understand.

Rating breakdown (out of 5):
0 people out of 0 found this review helpful. Did you?
Show full review
See all 16 consumer reviews