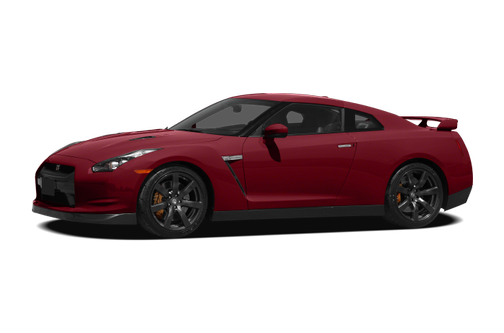 Our 2011 Nissan GT-R trim comparison will help you decide.

During the two days I drove the 2011 Nissan GT-R, about a dozen people rode with me.

At one point I felt like a roller coaster operator.

“Welcome to The Detroit News Dragstrip Racer. Please hand over your ticket stub, step into the passenger’s seat, strap yourself in and hold onto the door handle. Hold on tight, trust me, I’m a professional.”

Passengers hooted, hollered and giggled like schoolchildren, and all of them eventually just stopped talking, their breath stolen away by a 3.8-liter twin turbocharged V-6 with handling so precise it nearly defies physics.

Although sold in limited quantities in America (a Nissan Motors Corp. dealership must be certified to even talk about the GT-R, much less sell it) this vehicle is quickly gaining the reputation it so richly deserves.

As many of my colleagues attested with their gleeful smiles — not to mention a re-energized step in their walk — after a quick spin, the GT-R is simply awesome.

So here’s what’s new for this model, now available.

There are a few cosmetic changes, such as the wheels and front and rear fascias (they’re slightly darker). Cooling ducts were installed to draw air and cool the rear seating floor area (I can’t believe anyone complained that the rear floor was hot because I think it’s nearly physically impossible for anyone to actually sit in the second row, much less put their feet on the floor back there).

Nissan has also added a few features, such as a standard USB connection for audio players and speed sensitive wipers.

The biggest improvement is the retuned suspension, which included enhancing the rear suspension to smooth things over. It’s still a stiff ride but there’s a noticeable improvement in its cruising quietness.

But if you’re cruising quietly in the GT-R, you’re driving it wrong.

There’s 485 horsepower at your disposal from the incredible V-6 engine, and you should try to use all of them, all of the time.

The acceleration on the GT-R remains as insane as it was when Godzilla, as it is known in Japan, invaded America three years ago. At red lights, you should bite down on a spoon just to make sure you don’t swallow your tongue when the light turns green.

The other amazing feature with the GT-R is how balanced it feels. The all-wheel drive can push 100 percent of the power to the rear axle or split the power between the front and rear axles down the middle 50:50.

Then there’s that six-speed automatic dual clutch transmission that should probably not even be called a transmission. It’s better than that. It’s better than nearly any transmission I’ve ever clicked, shifted or grinded. It’s surgical in its accuracy and measures shift times in milliseconds. The paddle shifters — (properly) mounted on the steering column and not the steering wheel — let you hold the gears a little longer than if you leave it in automatic mode.

And that’s how you can bring out the 434 pound-feet of thrilling torque, keep the engine over 4,000 rpm and then gun it. There is a touch of turbo lag on the highway, but that only adds to the excitement. Hit the gas and the car takes off, wait a few seconds and then, it really, really takes off.

There’s a reason the GT-R is featured in so many video games, it’s because it feels like you’re in one when you’re driving. It forces you to approach driving as if you’re playing chess, looking a few moves ahead. GT-R to right lane, pass, to middle lane, shoot the gap and back into left lane.

Just like the previous year, the GT-R offers the same exterior design, machined and mechanical. In Detroit, people look it over because of its distinctive angular looks. Nothing else looks like it. But still, it doesn’t turn as many heads as it should. Young people, however, know exactly what it is and will stop walking as you pass, reaching for their camera phones.

Inside, there are no dramatic changes. The front seats are snug and the cabin is cramped, making it feel like a space ship. The instruments focus on performance. The tachometer is the most dominant gauge, directly in front of the driver.

Then there is the display screen in the middle of the dash. It can pull up six different electronic gauges at once and you can select what gauges you want to view. There are also pre-programmed displays if you want to test see how many lateral Gs you’re pulling through a big sweeper or your braking force. If there’s a way to measure it, the GT-R has a way to display it.

For the 2011 model year, Nissan also eliminated the base model GT-R, though that name sounds too vulgar to use to describe any GT-R.

But the GT-R remains a freakishly fantastic ride that can handle all of the daily chores you may have, just faster. And don’t worry if you end up with a turnstile at your driveway. Once your neighbors realize what you’re driving, they’re going to want a ride. And you’ll want to give them one.

This car will draw a lot of attention!!!

April 19, 2019
By Mason’s GT-R from Richmond KENTUCKY
Owns this car

This car will draw a lot of attention every time you drive It. The car is probably one of the most capable cars you’ll ever drive, the AWD system is amazing when conditions are bad or your just pushing it to the limit. If your looking for a track car as well as a car for the drag strip then you’d be hard pressed to find anything better in this price range. I really can’t say a bad thing about the car especially after owning it for a couple years now.

Rating breakdown (out of 5):
0 people out of 0 found this review helpful. Did you?
Show full review
4.6

June 12, 2018
By mwright5 from Manassas Park, Virginia
Used to own this car

This car is all around great to own and great in the snow with the right tires. I drove the car 90% percent of the year and saw no reason not to drive it. Unfortunately, the seats are good for only so many hours and the ride setting for comfort is still stiff. I like the car so much, I traded mine for newer model.

Rating breakdown (out of 5):
0 people out of 0 found this review helpful. Did you?
Show full review
See all 2 consumer reviews