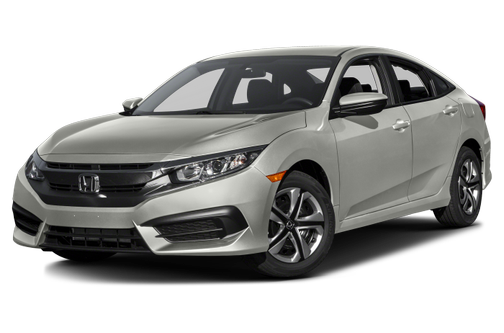 Our 2016 Honda Civic trim comparison will help you decide.

The verdict: The king stays the king. The redesigned Civic coupe not only is one of the best-driving compact cars around, it also offers lots of content and some of the most forward-thinking styling in the segment.

Versus the competition: The compact coupe is a dying breed, but the Civic coupe compares well across sedan and hatchback body styles as well, keeping all of the good things from the Civic sedan (value and a refined driving experience) and adding in a dash of sportiness.

Honda went the conservative route with the previous Civic redesign, and it backfired so badly that the company was forced to refresh the Civic the next year. For the 2016 overhaul, Honda took the opposite approach with both the sedan and coupe. The new coupe design has zero chance of being confused with the old. The technology offerings also have advanced, and there is a new turbocharged engine option.

A new trim level, the LX-P, also has been added. It slots in above the base LX and below the EX-T, EX-L and Touring.

The Honda Civic coupe goes up against the sportier portion of the compact segment, including the Kia Forte Koup, Mazda3 and Toyota Corolla. Compare the Civic Coupe with those models here.

Exterior & Styling
The Honda Civic coupe sticks close to the styling of its concept and, like the sedan, is one of the more visually arresting members of the compact segment, which usually trends conservative. The look is full of angles (especially in the rear) and verges on being too busy but restrains itself enough to remain attractive to my eye.

The coupe shares a wheelbase with the sedan but is 5.4 inches shorter from bumper to bumper. Those missing inches all are trimmed off the rear overhang, which combines with a shorter roof to give the coupe a tighter, sportier appearance than the four-door (though this does cut down trunk space).

The 2.0-liter, standard on the LX and LX-P, suffers from the buzzy drone common to four-cylinder engines in this class, and acceleration feels sluggish. This is highlighted by the contrast with the well-balanced chassis; the LX still handles well for this class, but the accelerator response is disappointing.

The new 1.5-liter turbo engine is a different story. Standard on the EX-T, EX-L and Touring trims, this engine sounds better, has more power, revs more freely and is far and away our choice for this car. Both the EX-L and Touring I drove felt more alive on curved mountain roads, and even pulled uphill without breaking a sweat.

The CVT is adequate; it’s not my favorite choice of transmission, but this one does the job well enough. In normal driving, the gearbox does not like to hold the engine speed high, keeping fuel economy up. But if you lean on the throttle it will oblige you after a moment’s hesitation.

Steering is precise. It could use a bit more weight on center at highway speeds, but that is nitpicking. Honda also does an interesting thing with the Civic coupe’s different trim levels  — each has its own suspension tuning and even different components. The differences are subtle and hard to notice unless you drive them back to back, but the ride does improve as you move up the trim levels, with the Touring offering the smoothest of the bunch.

All in all, the Honda Civic coupe is the best-driving car I’ve tested in this class save the Mazda3, and this duo sits far ahead of the rest of the pack. EPA-estimated fuel economy ratings are 30/41/34 mpg city/highway/ combined for Civic coupes with the base engine and CVT, while the turbocharged engine offers not only better performance but also slightly better fuel economy as well at 31/41/35 mpg. The LX coupes with the six-speed manual and the base engine are estimated at 26/38/31 mpg.

Interior
Materials were upgraded in the redesign, and while the Honda Civic coupe won’t be mistaken for a luxury car, each of the common touch points is covered with either soft-touch plastic or leather (especially in the Touring).

The coupe does sacrifice some interior room compared with the sedan. I’m 5 feet, 11 inches tall and after setting the driver’s seat in a comfortable position, I climbed into the back. There is enough legroom for rear passengers (35.9 inches, up 5.1 inches from the old model) but not enough headroom (34.6 inches). When I sat straight up, my head didn’t hit the ceiling — it hit the rear glass instead. The middle position also is slightly elevated, which would be enough to make it tighter on its own, but a black plastic box on the underside of the rear glass that houses the center brake light really pinches down headroom. I had to kink my neck simply to fit.

The center console has a few neat storage tricks. In front of the shifter is a smartphone tray that has a cutout to route cords to the USB port or 12-volt outlet below, keeping the area clean. There also is a large storage bin under the center armrest with removable storage modules that can be moved or taken out to customize the space. Don’t need cupholders? Just remove that attachment and open up more room for the bin to swallow items such as a purse, books or, as a Honda rep said, “many tablets.”

Visibility is good, and EX-T and higher trim levels also get Honda’s LaneWatch system, which uses a camera to display on the dashboard screen an unobstructed view of the area on the right-hand side of the car.

Most of my drive took place over roads that were in good condition, and undue road noise was not noticeable at low or highway speeds.

Ergonomics & Electronics
LX and LX-P trim levels get a display audio system with a 5-inch screen standard, but the system that better fits the dash and overall look and feel of the Civic coupe is the 7-inch touch-screen found in the Honda Civic EX-T and above. The system is similar to the one in the Honda Fit, which our editors found frustrating, including the same finicky touch-sensitive volume slider. However, the interface has been updated and I didn’t notice any of the lag found on the Fit.

Opting for the upgraded system with the 7-inch touch-screen also gets you Android Auto and Apple CarPlay, two welcome additions that greatly enhance the user experience. Honda’s top-end infotainment system with navigation is improved, but the familiarity and usability offered by both of these systems was my preference. I was able to use my familiar apps for navigation (Google Maps) and music (Spotify internet radio) easily and intuitively.

The Honda Civic has physical knobs for operating most of the automatic climate controls, which is my preference. However, if you want to change where the air is blowing from, you must press a climate button and make the changes on the touch-screen, which is not ideal.

Cargo & Storage
A 60/40-split folding rear seat is standard. The coupe’s changes in shape and dimensions mean it has less trunk space than the sedan’s 15.1 cubic feet. There is 12.1 cubic feet of cargo room on LX trim levels and 11.9 cubic feet on the EX-T and above (the sedan offers 15.1 cubic feet). Access to the trunk is better for the 2016 model: The redesign created a larger opening for easier loading and unloading. For comparison, the Civic coupe’s closest competitor, the 2015 Kia Forte Koup, offers 13.3 cubic feet of trunk space.

Safety
As of this writing, the Honda Civic coupe has not been crash-tested and the sedan results do not apply due to differences between the two bodies. When results are published, they will appear here.

The Civic coupe has an impressive array of safety technology for its class. While only the EX-T trim and above get the LaneWatch right-side camera system, all trims have a multi-angle backup camera standard. A forward collision warning system with automatic emergency braking, a lane departure prevention system and adaptive cruise control all are in the Honda Sensing package, which is standard on the Touring, but is not available on any of the coupe’s other trim levels. This is different from the sedan; the company offers Honda Sensing as an optional package on all of the sedan’s trim levels.

I tested both the lane departure prevention and adaptive cruise control on a stretch of highway. The lane departure prevention system includes both lane departure warning and lane keeping assist, the latter of which lightly corrects the steering when the system thinks the Honda Civic is drifting out of its lane. As with most of these features, you still have to take the wheel at intervals so the system knows you’re paying attention. The system had trouble on a stretch of highway where the lanes were not very clearly marked; it shut down and I had to take the wheel. The adaptive cruise control system worked predictably and includes low-speed follow, something I appreciated while sitting in rush hour traffic.

Value in Its Class
Pricing details were not available as of publication, but if it follows the sedan’s pricing structure,  the coupe will also offer good value given its level of content, refined driving experience and stylish exterior. A backup camera, automatic climate control, Bluetooth connectivity and 5-inch LCD screen all come standard to give even base LX models some pizzazz.

With so many competitors in the compact class selling the same things (good fuel economy and value), it takes something special to stand out. Honda seems to have done it with the Honda Civic coupe as well as with sedan. After going the safe route with the previous redesign and having it flop, Honda’s only choice was to go big on this year’s changes, and the gamble has paid off.

Honda is a head ache in A/C

The A/C part is horrible in that it keeps breaking down and leaking that I have to change the condenser every two years, with a hefty price.I am not going to buy any more honda in the future; I will switch to Toyota.

Rating breakdown (out of 5):
7 people out of 11 found this review helpful. Did you?
Show full review
5.0

This car was fun, got great gas mileage and was a sporty looking car without spending tons of $$ I liked it so much I bought a 2021 Civic Sport

Rating breakdown (out of 5):
7 people out of 7 found this review helpful. Did you?
Show full review
4.7

Owned the LX coupe for a year now

I picked this Civic coupe LX up last March with 30k miles and have absolutely loved it. I just wanted the base model with the 2.0 because it’s one of Honda’s best engines and I certainly don’t need all the bells and whistles. It took a month or so get used to the CVT transmission, but eventually found the sweet spots and really never need to use sport mode because it’s unnecessary. It works, but I’m not Jeff Gordon. Pretty nimble in traffic on both the city and freeways and has ample acceleration especially at highway. Steering is tight like a sport coupe should be. The interior is decent sized and basically designed. I’m 6’1” and have plenty of room, even with someone in back. The rear seats are deep, but the headroom is an issue for anyone over 6’. I commute 50 miles back and forth from work, mostly on the freeway and get about 40-41 MPG at 70-75MPH Sometimes I’ll put non-ethanol 88 gas in and it will get 42-44. AMAZING! No mechanical problems, runs like a champ. I love this car so much. The tail light configuration was the closer for me. Sharp.

Rating breakdown (out of 5):
11 people out of 12 found this review helpful. Did you?
Show full review
See all 338 consumer reviews

News
Life With the Honda Civic: What Do Owners Really Think?

All model years for the Honda Civic 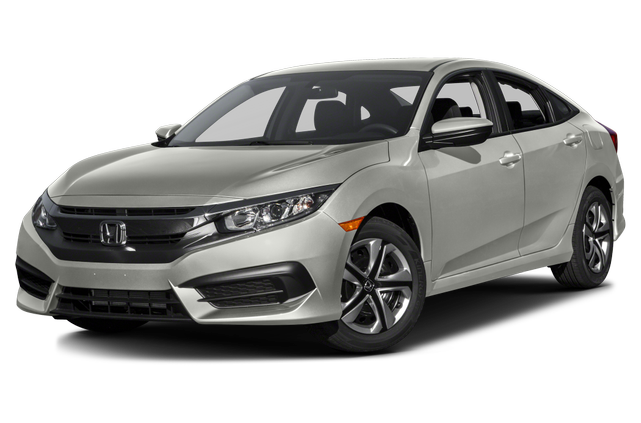 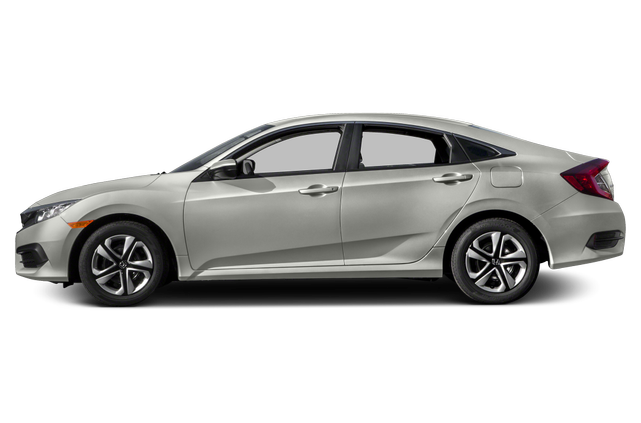 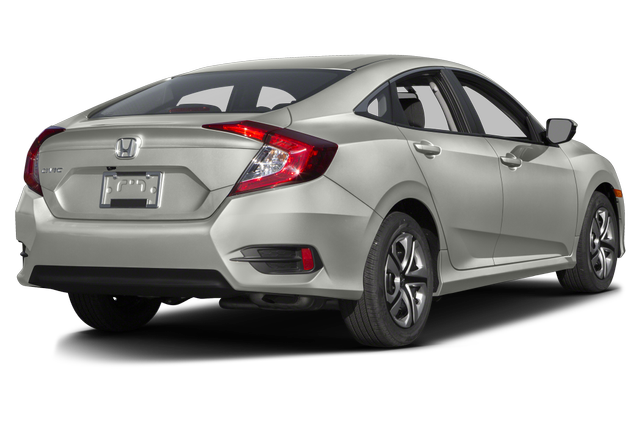 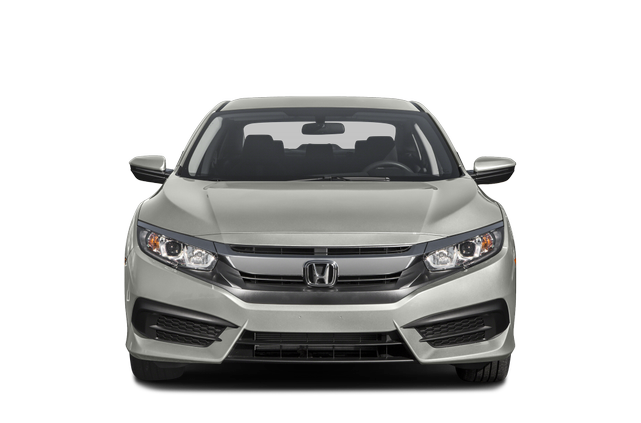 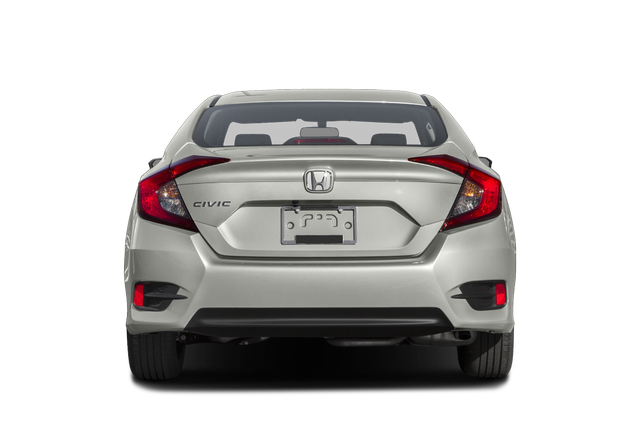 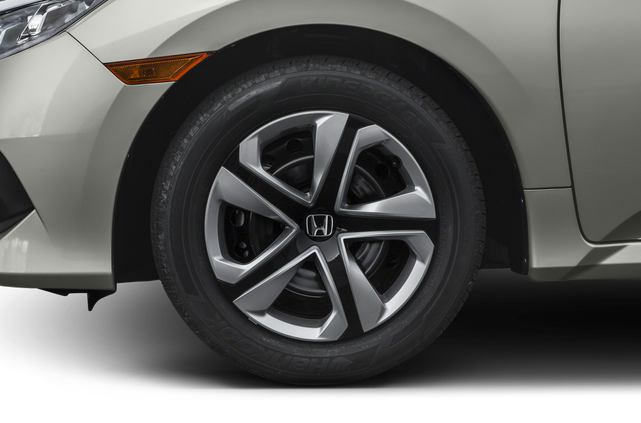 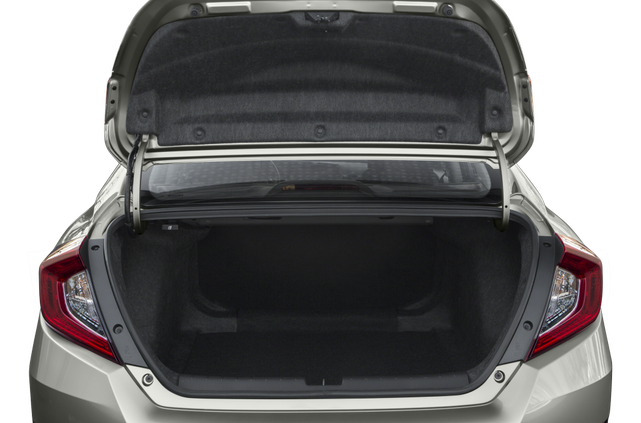 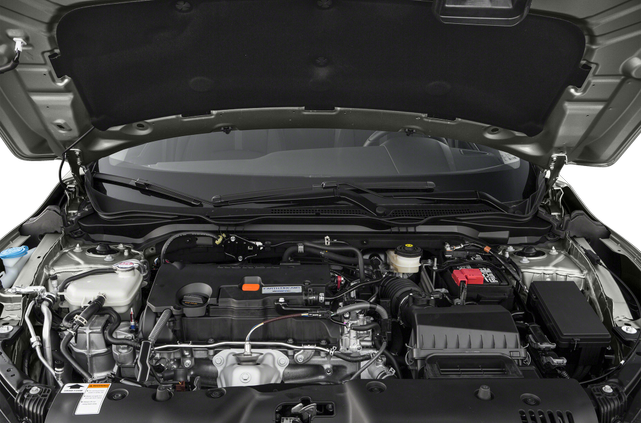 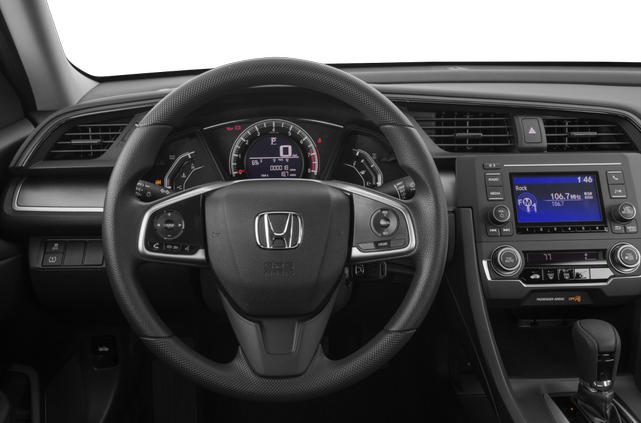 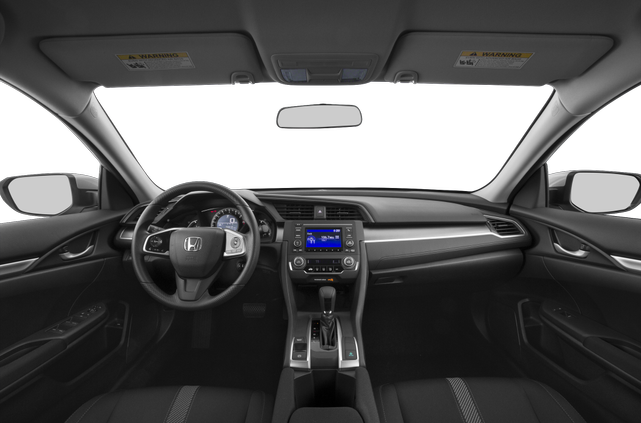 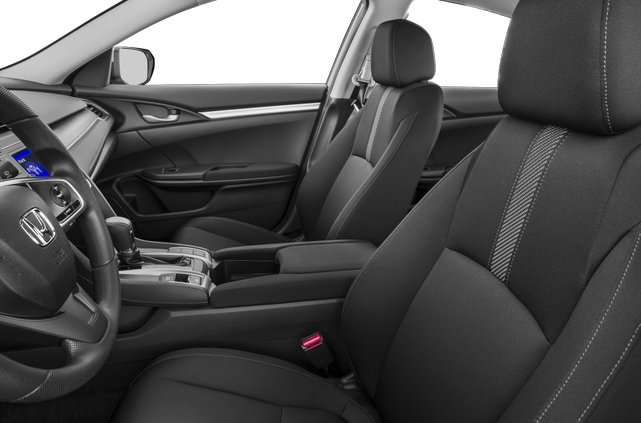 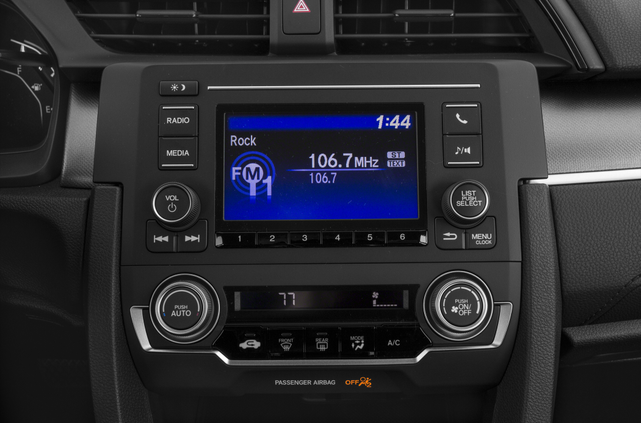 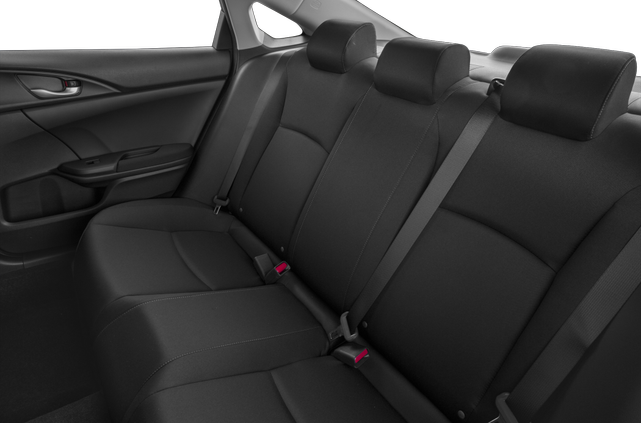 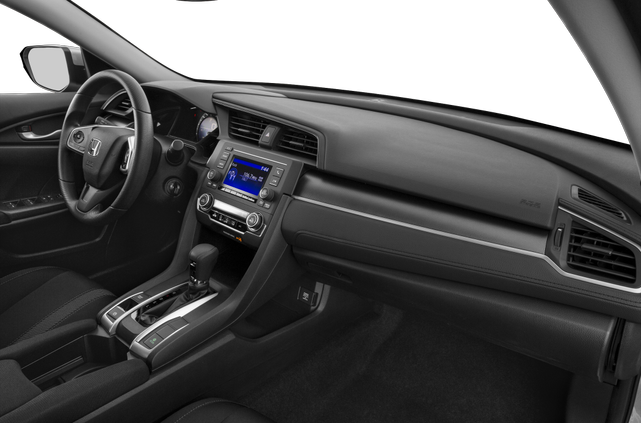 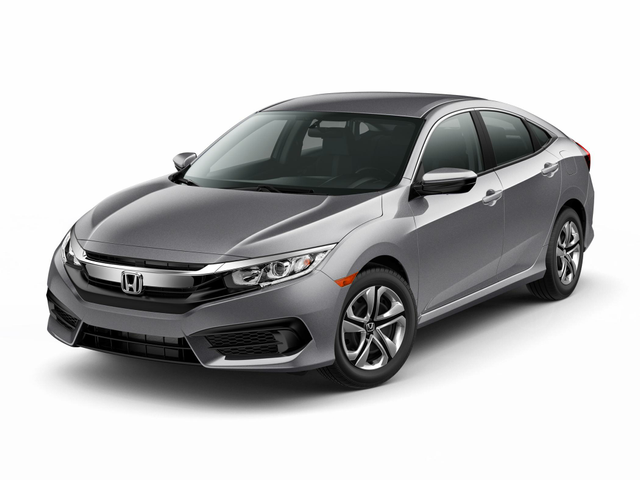 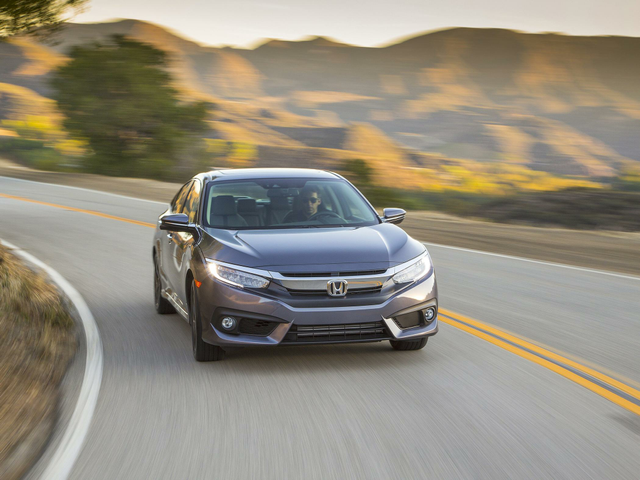 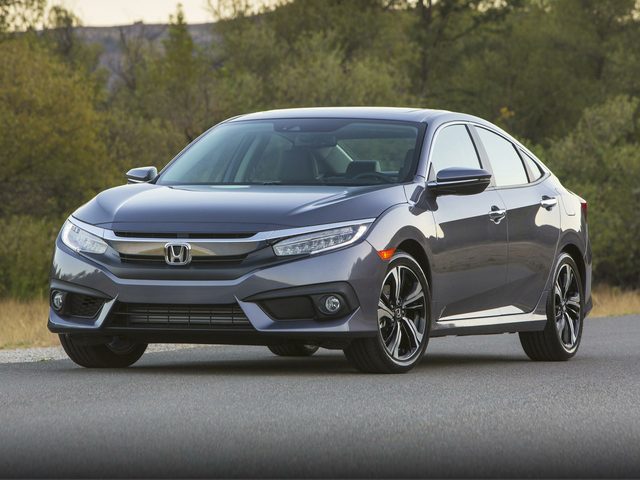 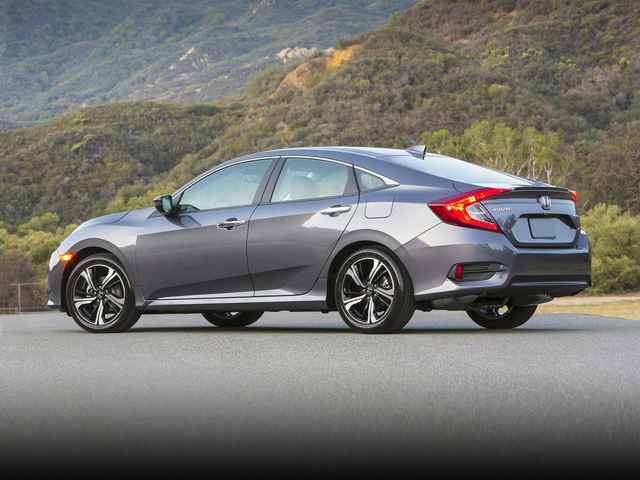 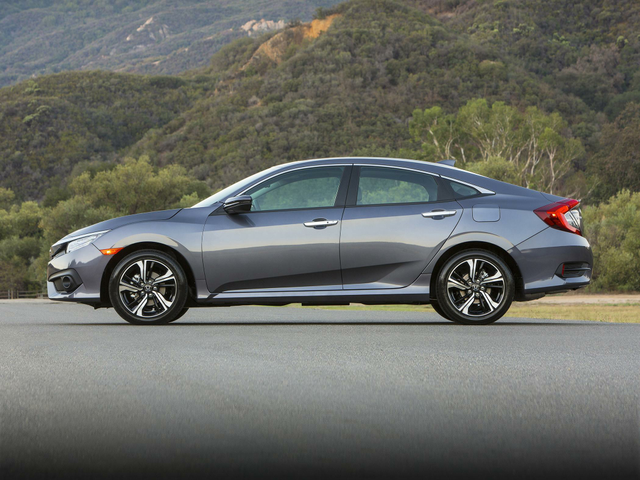 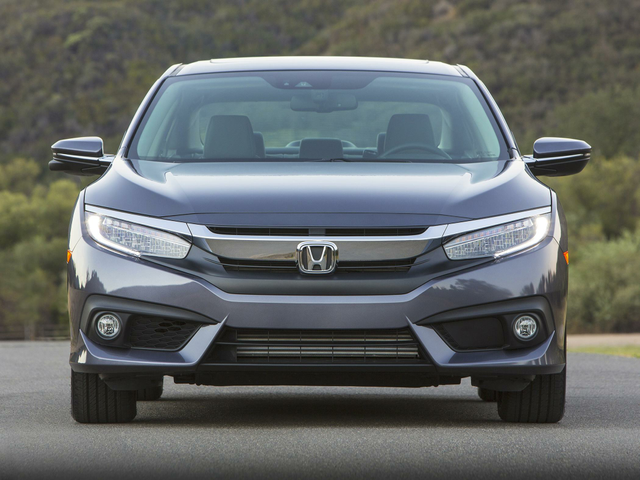 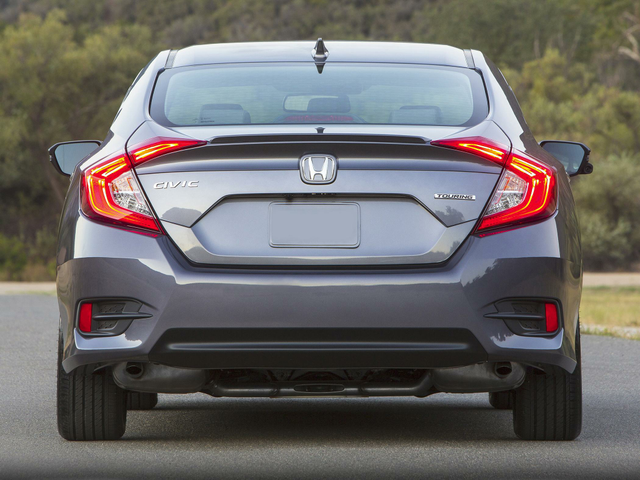 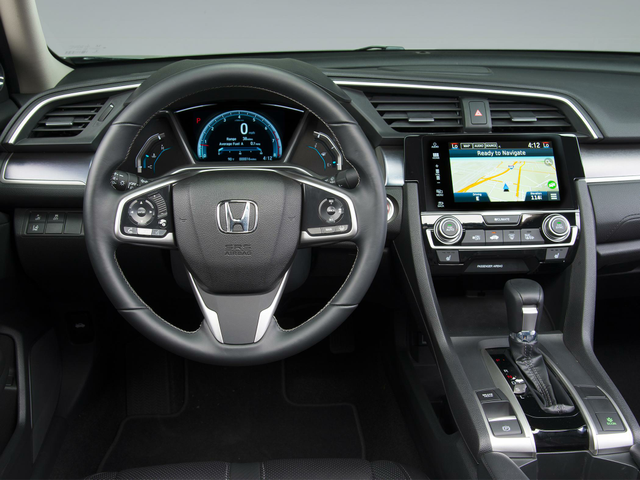