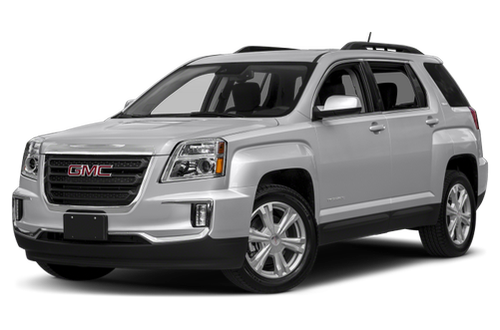 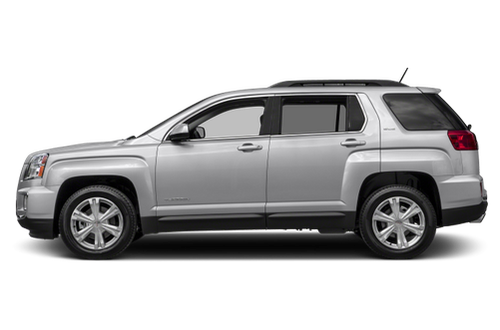 Change year or vehicle
$14,656 — $25,324 USED
View Local Inventory
No listings at this time Get the latest resale value

The 2017 GMC Terrain is a five-seat compact SUV that shares much of its DNA with the Chevrolet Equinox. Like the Equinox, the Terrain is larger than many other models in the class, almost to the point of being a mid-size SUV, though its price and features fall firmly in the compact category. It's available in Terrain SL, SLE-1, SLE-2, SLT and Denali trim levels. Front-wheel drive is standard, but all-wheel drive is available with SLE-1, SLE-2, SLT and Denali trims.

The 2017 GMC Terrain adds the option of a Nightfall Edition appearance package.

How Does the 2017 GMC Terrain Compare to Other SUVs?

Much of the 2017 Terrain's appeal lies in the fact that it's much larger than most other compact SUVs, offering a generous cargo area and a spacious backseat. This size comes at a price: It simply doesn't accelerate as fast as other models in its class and it's also more difficult to park due to its size.

The 2017 GMC Terrain also lags its competitors in terms of multimedia features, which may force drivers to rely on their smartphone over the vehicle's built-in infotainment system. Competing models such as the Toyota RAV4 and Kia Sportage also offer more advanced safety options than the Terrain.

What Features in the 2017 GMC Terrain Are Most Important?

Should I Buy the GMC Terrain?

The spacious interior, comfortable ride and useful cabin storage spaces all merit at least a look, though the 2017 GMC Terrain falls far behind its rivals in terms of tech features, acceleration and maneuverability. If a roomy interior is your top consideration, the 2017 Terrain is worth considering.

This vehicle has gone beyond expectations. Fell in love with it the minute we test drove it. Knew which one I wanted as soon as we drove on the lot. Perfect color and trim. Nice interior. Read full review

We love this vehicle so far. The GMC is stylish , reliable , and gives you a smooth and comfortable ride . Very pleased we chose to purchase this today as our second vehicle. We went to Thomas ... Read full review

The 2017 GMC Terrain currently has 0 recalls

Ease of Use
acceptable

All Model Years for the GMC Terrain

Certified child passenger safety technicians conduct hands-on tests of a car’s Latch system and check the vehicle’s ability to accommodate different types of car seats. The Terrain received the following grades on a scale of A-F.*
* This score may not apply to all trims, especially for vehicles with multiple body styles that affect the space and design of the seating.