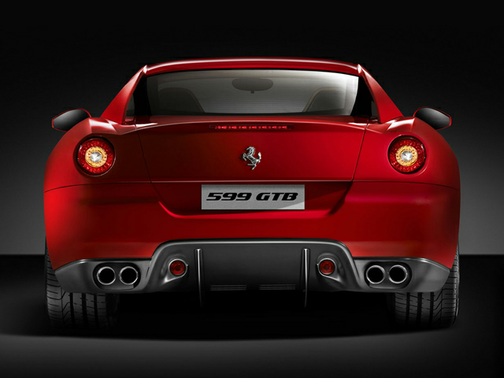 Our 2007 Ferrari 599 GTB Fiorano trim comparison will help you decide.

SIXTY years ago, the legendary Italian industrialist Enzo Ferrari set about to improve the lives of rich guys everywhere. On May 11, 1947, at Piacenza, Ferrari rolled out his new company’s first car, the 125 Sport, a 1,500-cc, front-engine, 12-cylinder two-seater. Today we salute the work of this great humanitarian.

The car on this page, the new 599 GTB Fiorano, is heir to Ferrari’s glorious tradition of front-engine V12 dueposti, except that it hasn’t been much of a tradition. There was nearly a 20-year gap between the 365 GTB4, the Daytona – think “Miami Vice” and cue Jan Hammer – and the recently departed 550/575M Maranello (1996-2005). For much of that time, the company offered only mid-engine exotics such as the Testarossa and the hinges-of-hell F40. These cars were stupendously quick but loud, uncomfortable and, driven near their limits, hairier than Ron Jeremy.

When it came time to build the successor to the terrific Maranello, Ferrari boss Luca di Montezemolo stipulated that the car have the supreme elegance of a luxury GT while exceeding the performance of the F40, a raw, race-bred, carbon-bodied monster of a car – less a car, actually, than a four-wheeled death threat. I drove an F40 once and was never, ever so glad to park anything in all my life.

So let it be written, so let it be done. The 599 GTB Fiorano accelerates quicker (Road and Track reported a 0-60 mph of just 3.2 seconds and a quarter-mile estimated time of 11.2 seconds), corners harder and shreds the matrix of space-time faster than the F40. The 599’s top speed is more than 205 mph and it manages to stay ground-bound even without the F40’s preposterous rear wing providing down force.

Powered by an Enzo-derived 6.0-liter 12-banger channeling a ferocious 612 hp through the new F1-Superfast gearbox (which cracks off gear changes in as little as 100 milliseconds), set up on a new semi-active suspension and with all manner of next-generation traction and stability systems managing the tiller of Newton’s laws, the 599 feels like the ultimate man-macadam interface: a big, comfortable, gorgeous, richly appointed sports car with the soul of a racing machine. The 599 has the glint of divine inspiration, like the Sistine Chapel or the U.S. Constitution, or Paris when the Americans go home.

It is, in other words, a pretty nice car. If you don’t get off on the 599, you don’t have a rosso corpuscle in your body.

For the 599’s all-around excellence, you could credit many things. For example, the aluminum space frame has a chassis stiffness that’s an almost inconceivable 50% higher than that of the foundry-cast 575M. All that substance comes at a cost, of course: This two-door weighs in at a hefty 3,722 pounds (roughly 600 pounds heavier than a Corvette Z06). And yet compared with the 599, ordinary cars of that weight division feel like sagging, over-full diapers.

You could credit the car’s arrangement of masses, that is to say, the positioning of the car’s heaviest components: fully 85% of the car’s weight is situated between the axles (as compared with 70% for the 575M). That gives this front-engine GT the low polar inertia of a mid-engine car, and yet there’s still space for a surprisingly roomy trunk. The weight balance, meanwhile, is an optimal 47/53, front-to-rear.

You may also want to render praise for the car-specific, tarmac-warping Pirelli tires, which are, incidentally, staggered: 245/40/ZR19s in front and 305/35/ZR20s in the rear. Our $320,000 test car was fitted with $18,000 worth of carbon-ceramic brakes with six-pot monobloc calipers in front, a little upgrade that shaves nearly 30 pounds off unsprung weight.

Or you may salute the trick new electric dampers that monitor the road, speed and steering and adjust in a mere 40 milliseconds, using a system called (spell-checker alert!) SCM Magnetorheological Suspension. These babies employ a special fluid that changes viscosity depending on the electrical charge the computers impart to it. This semi-active system helps the tires maintain an instantaneous grip while cornering even over broken pavement, nulls out body lean, and can go from velvety soft to harder than dragon scales with a flick of a knob.

Like the F430, the 599 uses Ferrari’s manettino, an adjustable dynamics system that allows drivers to incrementally increase the ride stiffness, redline, and gear-change speed, as well raise the intervention thresholds of the traction and stability controls. The adventurous can turn them off altogether. New is the race-derived F1-Trac, which might be described as traction control with a PhD in computer science. On the company’s Fiorano test track – where the name comes from – a 599 with F1-Trac lapped an amazing 1.5 seconds faster than one with conventional traction control.

Put it all together and you have a sports car that operates in a wholly different graviton wave field. It’s not simply that it is fast – after all, the Corvette Z06 is fast, plus it’s a quarter-million dollars cheaper – it’s just that the 599 is so benevolently easy to drive fast. It might, actually, be too easy to drive, because the 599 hardly gives any clues that it’s working hard. Crank the wheels at 100 mph and the car just darts wherever you point it. Hit your apex and hammer the throttle: The car puts its carbide claws in the asphalt and bolts. This car blows your mind to spumy flinders. New from Kellogg! Spumy Flinders!

Sorry. I’m not right yet.

Wait. Go back a minute. Did I say $320,000? Yup. At that price, Ferrari can afford to focus on details. For example, the sound quality. Unlike the brassy, biting, to-the-marrow shriek of the F430’s flat-crank V8, the 599’s V12 vocalizes in richer, darker, bourbon-y tones – around downtown, a warm flutter; on the track, a thrilling chordal note to shake Mormon Tabernacle Choir members down to their temple garments. Ferrari tuned this car like a pipe organ, from the air intake to the exhaust silencer, paying particular attention to the engine’s third and sixth harmonics, the latter – says the company – giving the car its “pleasant timbre.” Pleasant, that is, unless it’s on your back bumper.

All that money also buys you the world’s most famous V12 – famous because pictures of it, sitting cold and unaccommodated on the Pacific Coast Highway, were beamed around the world last year. This is the same low-profile, lightweight 65-degree V12 (block, heads and sump) with chain-driven cams and variable intake geometry and valve timing. With a screaming top speed of 8,400 rpm, the V12 generates 102 hp per liter, and 448 pound-feet of torque, 90% of which is on tap at just 3,500 rpm. Every gear offers a gag-on-your-tongue burst of accelleration. Let the rpm die off and savor the delirious popping overruns. Zing! Zing! Spumy Flinders!

Unlike the bit-biting, eye-rolling turbocharged evil under the Plexiglas canopy of the F40, this engine is silky smooth, utterly tractable and effortless to drive around town. But crack the whip over the cavalli and the thing spools up like a 1-liter Ducati. Thanks to its lightweight twin clutch and apparently lighter-than-air internal components, the engine seems to have no reciprocal mass to speak of.

This engine is perfectly matched to the new F1- Superfast gearbox, which adjusts shifting crispness – the degree to which the car whacks you between the shoulder blades – exactly to how hard you’re driving.

I don’t think the car is quite as pretty as the 575M, and it has reproduced the 612 Scaglietti’s Mona Lisa smile, rather regrettably. It’s still amazing looking and has the advantage of subtlety (the F430, on the other hand, arrives with all the quietude of a Hooters Mardi Gras float). A singular bit of aero styling is the 599’s wraparound rear, close bracketed by flying buttresses (shades of Pegaso and Bertone’s BAT cars). The 599 generates significant downforce (352 pounds at 186 mph). It is also practically immune to crosswinds, as I found out during my rather spirited jaunt through San Gorgonio Pass.

Gonzo fast, awesomely cool, harder than Simon Cowell’s heart yet with a deep sense of owner preservation, the 599 reminds me that I don’t want much in a car, as long as I can have everything. And here it is, the world’s best-ever front-engine sports car.

Arguments? Anybody? I thought not.

*Figure from Road and Track

Most reliable ferrari ever made

Amazing car it is the most reliable ferrari and the v12 engine makes it sound and drive and so good. I’ve had the car for more than 5 years with zero problems

The baddest Ferrari I have owned

February 3, 2018
By Ferrarifreek from Lincoln calif
Owns this car

It's very fast and comfortable people love the look. Can't go anywhere without people going nuts about the car love it everyone should have one sometime in their lifes

Rating breakdown (out of 5):
0 people out of 0 found this review helpful. Did you?
Show full review
4.4

this is a great car to have. it is alot better than the 575m. you would like this car as much as your family. trust me never sell the car.

Rating breakdown (out of 5):
0 people out of 0 found this review helpful. Did you?
Show full review
See all 4 consumer reviews

All model years for the Ferrari 599 GTB Fiorano 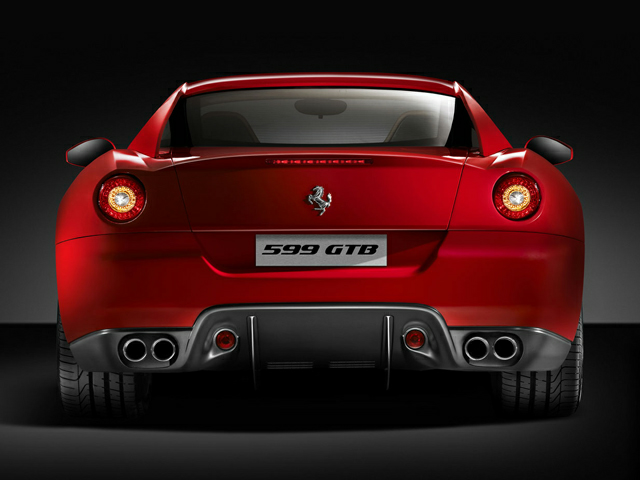 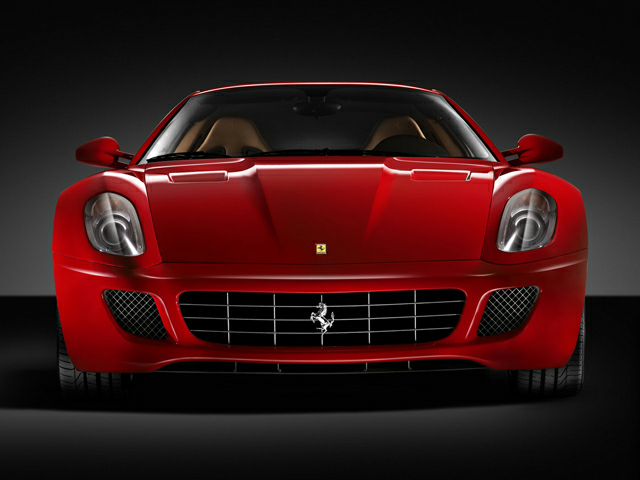 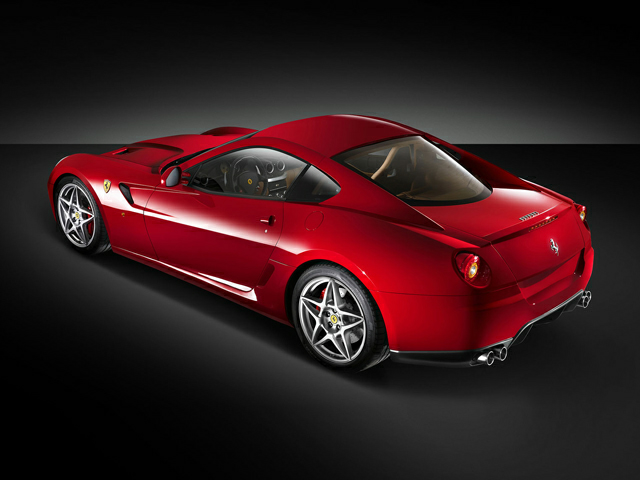 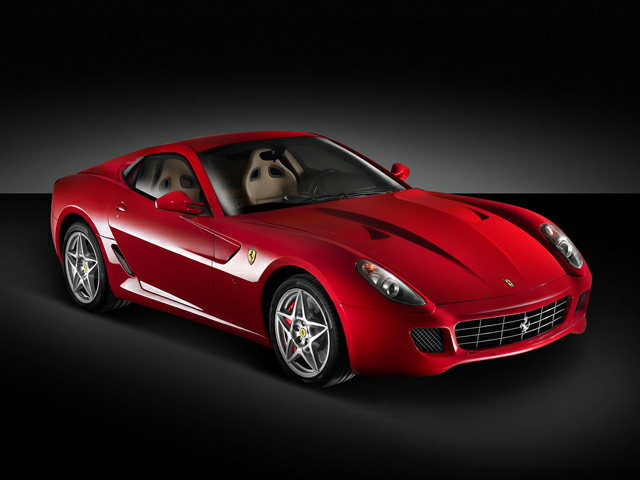 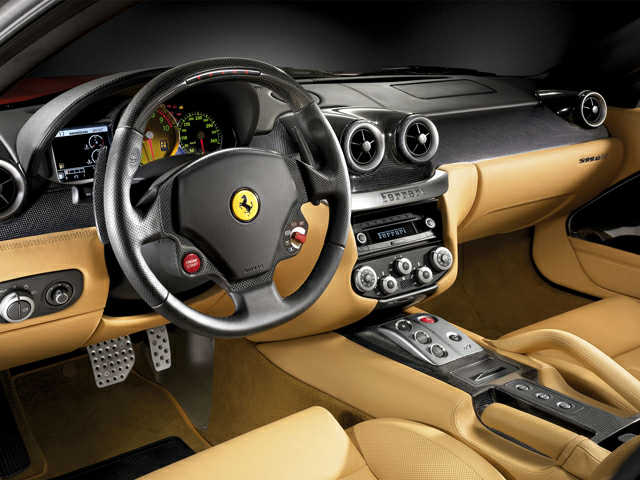 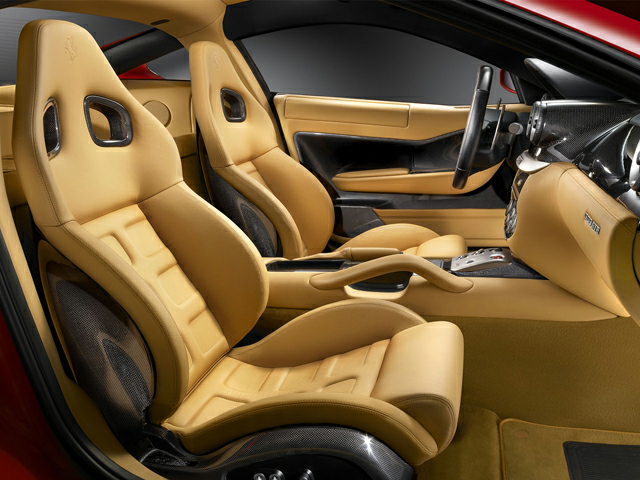 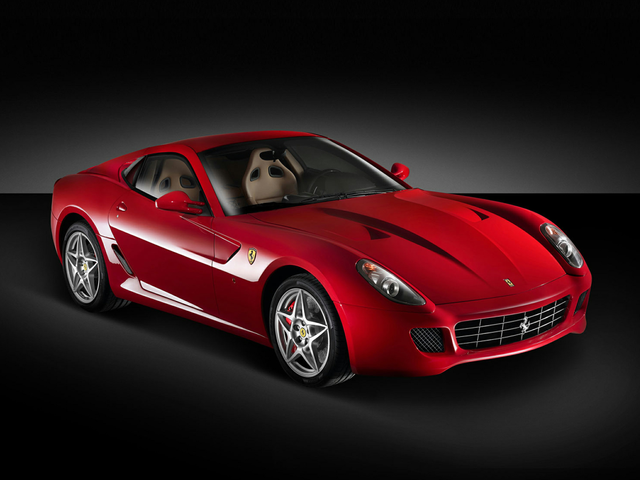 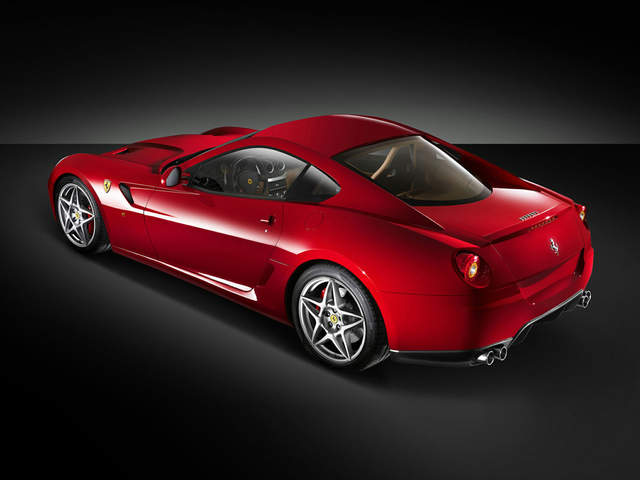 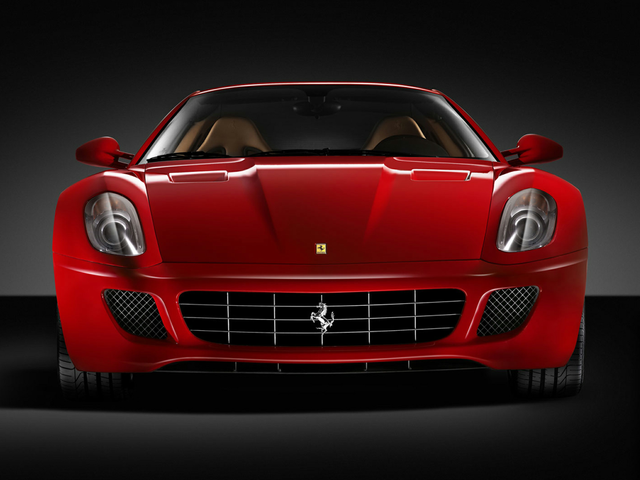 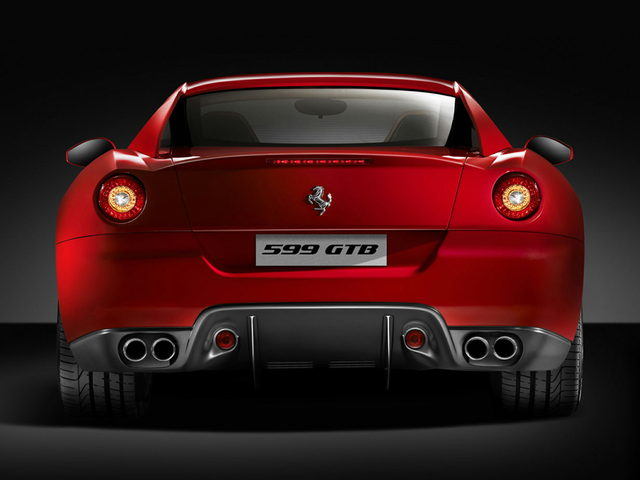 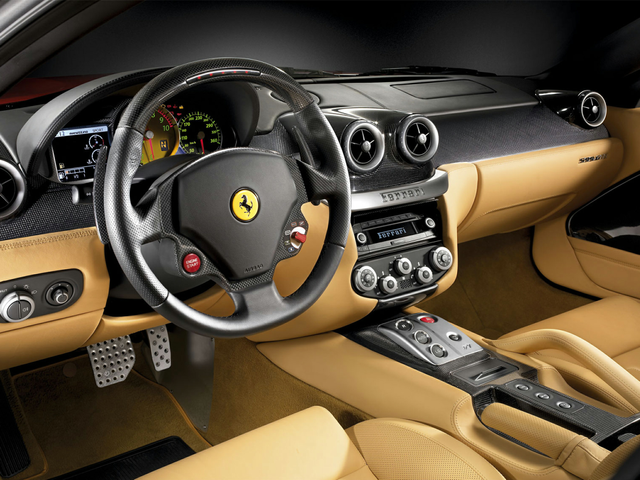 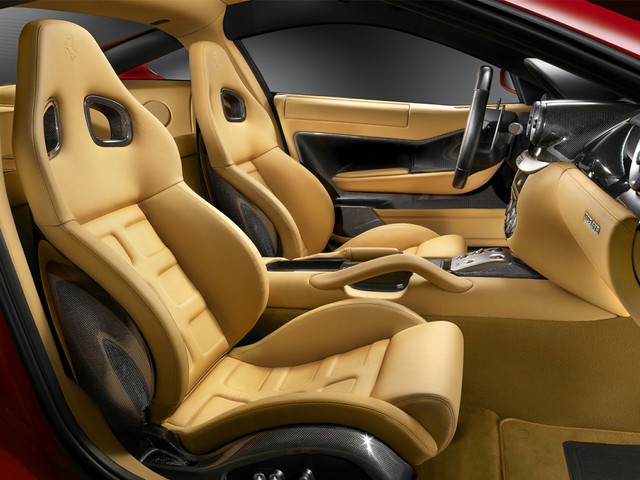