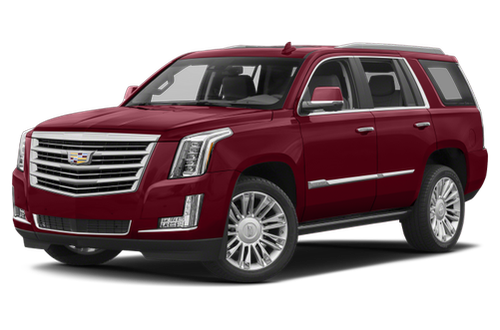 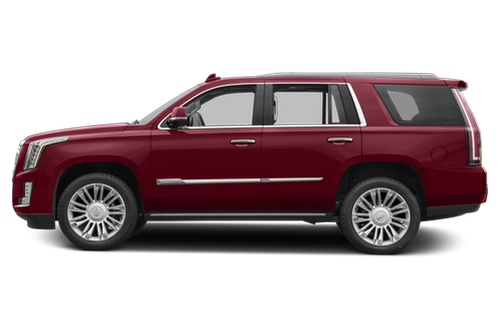 Change year or vehicle
$33,136 — $55,520 USED
4
Photos
View Local Inventory
No listings at this time Get the latest resale value

What Is the 2016 Cadillac Escalade?

The 2016 Cadillac Escalade is a full-size SUV with seating for seven or eight depending on whether the second row has two or three seats. It competes with the Mercedes-Benz GLS 550, Land Rover Range Rover, Lincoln Navigator and the Infiniti QX80. Trim levels include the Standard, Luxury Collection, Premium Collection and Platinum. Each trim is offered with rear- or four-wheel drive. The Cadillac Escalade ESV is an extended version, but is covered separately.

What's New on the 2016 Cadillac Escalade?

How Does the 2016 Cadillac Escalade Compare to Other Full-Size SUVs?

Most competitors at this price offer a more luxurious and refined experience inside and out, but the Escalade shines in terms of space and towing capacity. Recent updates have allowed the Escalade to pull far ahead of its former direct competitor, the Lincoln Navigator, now outperforming it in areas such as style, amenities and power.

What Features in the 2016 Cadillac Escalade Are Most Important?

Should I Buy the 2016 Cadillac Escalade?

However, its high price tag and disappointing interior space versus its exterior bulk may cause some shoppers to look elsewhere.

What a wonderful experience it was working with the guys at Zen Motorsports! Excellent customer service from Pete and Gordon. They both treated me as if I were family and correspondent with me in a ... Read full review

We upgraded from a 2014 Escalade to a 2016 Escalade we are super happy with the new ride and the new technology in our vehicle. Read full review

The 2016 Cadillac Escalade currently has 4 recalls

Based on 2016 Cadillac Escalade Standard

NHTSA rates vehicles using a star rating system from 1-5 stars, with 5 being the highest.

National Highway Traffic Safety Administration (NHTSA) is part of the U.S. Department of Transportation. NHTSA provides vehicle safety information such as front- and side-crash ratings and rollover ratings. Vehicles are rated using a star rating system from 1-5 stars, with 5 being the highest.

All Model Years for the Cadillac Escalade

Certified child passenger safety technicians conduct hands-on tests of a car’s Latch system and check the vehicle’s ability to accommodate different types of car seats. The Escalade received the following grades on a scale of A-F.*
* This score may not apply to all trims, especially for vehicles with multiple body styles that affect the space and design of the seating.