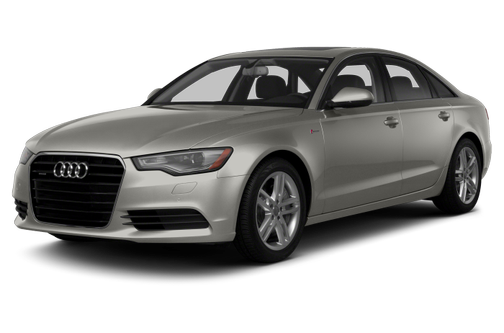 Our 2014 Audi A6 trim comparison will help you decide.

The 2014 Audi A6 2.0T offers a well-rounded luxury experience even in basic trim levels, though it flies under the radar without much flash on the outside.

We’re used to automakers giving us pumped-up versions of their cars to test drive, with powerful engines (including a clean-diesel TDI) and huge lists of optional equipment. With its base 220-horsepower engine and plain-Jane appearance, the A6 2.0T I tested was not one of those. With all-wheel drive, a Premium Plus package and a few miscellaneous options, my version’s $53,845 as-tested price focused most of the A6’s optional equipment inside the well-appointed and high-quality cabin. The A6 starts at $43,995 (all prices include destination).

For 2014, the turbocharged 2.0-liter four-cylinder gasoline engine is now rated at 220 hp, up from 211 hp; compare the 2013 and 2014 Audi A6 here. The A6 I tested won’t be mistaken for a sports sedan, even with the optional sport suspension it featured. Sedans like the 2014 BMW 528i, Lexus GS 350 or 2014 Cadillac CTS skew toward the more dynamic side of the segment; compare the A6 with those sedans here. The Mercedes-Benz E-Class is one of the most popular among this group; compare it with the A6 here.

Exterior & Styling
Audi’s sedans share enough design similarities that it’s hard to distinguish the A6 from the less-expensive and smaller A4, and the A4 from the even smaller A3, all of which take inspiration from the A8. All are certainly attractive sedans, but none is particularly flashy. Competitors like the E-Class, GS 350 and CTS have flash, curves and aggressive exterior styling, while the A6 has a more businesslike, straight-laced appearance. Of course, personal preference will determine which way you lean.

Our $53,845 A6 didn’t stand out in any particular way, even with the “upgraded” 19-inch wheels that still appeared to have an entry-level finish. The $500 Moonlight Blue Metallic paint option also didn’t stand out as a good way to spend $500. Every paint color except black and white costs $500.

How It Drives
On paper, the 220-hp rating sounds diminutive. Surprisingly, it’s not. Audi’s little four-cylinder engine moves the nearly 4,000-pound A6 without any strain or wheezing from under the hood. Zero to 60 mph comes in an estimated 6.6 seconds with Quattro all-wheel drive and the eight-speed automatic transmission. The transmission leverages the engine’s power and torque very well, leaving a flat spot of acceleration only off the line, where it takes the turbocharged engine a split second to wind up. The A6’s four-cylinder won’t ever be mistaken for a six-cylinder engine, which is what’s offered in the brisker-accelerating Lexus GS 350 with all-wheel drive; there you’ll find a more-powerful 306-hp V-6 standard for $50,860.

The Audi A6 2.0T’s low horsepower rating doesn’t mean you’re exempt from using premium gasoline, which is the engine’s preferred fuel. The all-wheel-drive version’s fuel economy ratings of 20/29/23 mpg city/highway/combined are average; BMW pulls ahead with ratings of 22/33/26 mpg for its all-wheel-drive 528i, while the CTS four-cylinder with all-wheel drive is rated 19/28/22 mpg. Both of those cars also get their best economy and power with premium fuel.

The compelling story here is the A6’s available 310-hp, supercharged V-6 that suffers only a 1 mpg ding in combined ratings (18/27/22 mpg) versus the four-cylinder, while offering a whole lot more punch. Stepping up to the 3.0T V-6 is a notable jump in price, though, because the V-6 is available only in the higher-optioned Premium Plus trim, starting at $55,995. Premium Plus models add navigation, front and rear parking assist with a backup camera, upgraded wheels and a driver information system. A similarly equipped four-cylinder 2.0T with all-wheel drive and the Premium Plus package ($50,395) represents a savings of $5,600. If you can swing the price increase, though, the V-6 is a no-brainer option considering the similar fuel economy and increased power. There’s about an equal split of V-6 and four-cylinder A6s in Cars.com’s national inventory.

The $1,500 Sport Package on Premium Plus trim levels adds a sport suspension, 19-inch alloy wheels with summer tires, and a three-spoke steering wheel with paddle shifters. The Sport Package provides an athletic, agile experience without killing your back in the process, even though it may not have the tenacity or precise steering feel of a BMW 5 Series or Cadillac CTS. The experience could have been better, though, if we’d had a legitimate set of summer tires replacing the winter tires our test car had; the winter ones squirmed during quick maneuvers. The A6’s suspension pairs with Audi’s rear-biased Quattro all-wheel drive (40/60 torque split, front/rear), which reveals its secret sporty driving nature only on favorite s-curves coming home from work. Otherwise, stoplight-to-stoplight driving is perfectly comfortable, with stellar ride quality as-equipped. The A6 at highway speeds is an extremely confident machine even with winter tires.

Interior
Unlike the exterior, the A6’s interior is easier to distinguish from the A4 thanks to higher-end materials and a design that plays off the A6’s wider stance. Audi’s interiors are continually the cream of the crop in each segment, and the A6 is no exception. It’s on the inside where Audi gets creative with interesting materials, ambient lighting, distinctive headlights and technology.

Interior add-ons in my tester include the Premium Plus trim level’s navigation and parking system, Bose sound system, blind spot warning system, upgraded steering wheel from the sport package, and that’s it. The Nougat Brown interior and extremely attractive Fine Grain Ash natural inlays are no-cost trimmings. The visible pores of the Ash make the wood look living, even though it’s plastered on the inside of a luxury car.

Front-seat comfort is exceptional with those Nougat Brown leather seats soaking up any road imperfections the suspension missed; heated front seats are now standard for 2014. The backseat is less comfortable, not much roomier than the A4 sedan — surprising considering the A6’s advantage of 8.8 inches in overall length and 6 cubic feet of interior volume.

Cargo & Storage
The A6’s trunk is more appropriate for the car’s size than the backseat. The 14.1 cubic feet of cargo space is flat and rectangular, without any intrusions or odd shapes to keep large objects from fitting. It’s competitive with most, though the Mercedes-Benz E-Class’ 15.9 cubic feet is much larger. Still, the A6 swallows two golf bags with ease. Up front, there’s adequate storage for phones and music players in the storage cubby, as well as cupholders.

Ergonomics & Electronics
A retractable 7-inch navigation screen is one of those show-off features that screams “luxury car.” Included with Premium Plus — which costs an additional $4,300 on the 2.0T — the navigation system features Audi’s Multimedia Interface with a controller knob as the main control point, augmented by a separate touchpad used for scribing letters and numbers for navigation directions or storing presets; I’m a fan of how well the pad recognizes inputs.

One feature I’d like to see added is a USB port for non-iPhones/iPods. The A6 lacks a simple USB port and instead includes a proprietary iPod cord with the older 30-pin connector. USB adapter cables are available, but it’s inconvenient when $15,000 subcompact cars include a USB port standard.

Included with Premium Plus is Audi Connect online services, which uses a 3G wireless internet connection to enhance maps with Google Earth. The result is a real aerial view of your route, though it’s not very seamless. Perhaps the switch to a faster 4G LTE wireless network will speed up the off-putting load times. Audi’s A3 debuts with 4G LTE connectivity, and Audi says it plans to increase that availability to all models in the future. At current speeds, I wouldn’t be very tempted to subscribe after the six-month trial.

Safety
The Audi A6 earns the National Highway Traffic Safety Administration’s highest crash-test rating of five out of five stars overall. The Insurance Institute for Highway Safety gave the A6 its best score, good, in front, side, roof-strength and head-restraint tests. The A6 hasn’t undergone the institute’s harder small overlap front crash test.

To see how well child-safety seats fit in the A6’s backseat, see here. A backup camera is not a standard safety feature on the base, Premium model for $43,995; it’s included in Premium Plus and Prestige trim levels that start at $48,295 and $58,795, respectively. Blind spot monitoring is a $600 stand-alone option, while lane departure warning, pre-sense collision warning and adaptive cruise control with automatic braking are also optional. For more safety features, see here.

Value in Its Class
Nearly $54,000 for our Audi A6 would be a big pill to swallow for a midsize luxury car with a four-cylinder engine. While it may not be a bargain, I wouldn’t call this particular trim level a rip-off, either. Luxury buyers will not be disappointed by the A6’s well-appointed interior that oozes style. The Audi A6 2.0T trim level is a surprisingly well-rounded luxury sedan with adequate power that should keep most shoppers content with acceleration. For those on the hunt for a sports sedan, though, the 2.0T’s 220 hp won’t satisfy.

November 27, 2020
By sportsfan from Boston, MA
Owns this car

Very comfortable and reliable car. Great for road trips or around town. comfortable to drive and grab gas mileage. one of the best cars I have owned.

Most Reliable Car I Have Owned

October 10, 2020
By JeffSmithSOLD1 from Highlands Ranch, CO
Owns this car

Love the way it drives and no problems whatsoever. Owned it for 3 years. Very comfortable and great in snow with cold weather package for heated steering wheel, etc. Great ride!

Rating breakdown (out of 5):
1 person out of 1 found this review helpful. Did you?
Show full review
3.0

great audi from wrong dealer this is a front busin

Rating breakdown (out of 5):
5 people out of 6 found this review helpful. Did you?
Show full review
See all 46 consumer reviews

All model years for the Audi A6 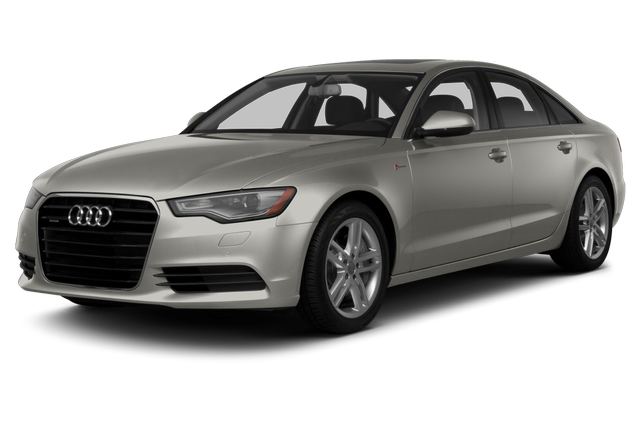 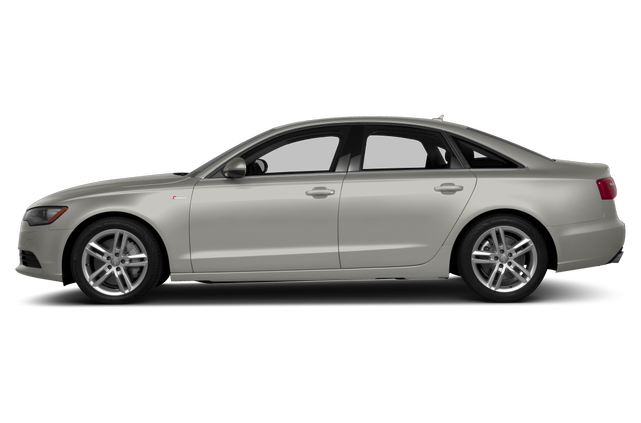 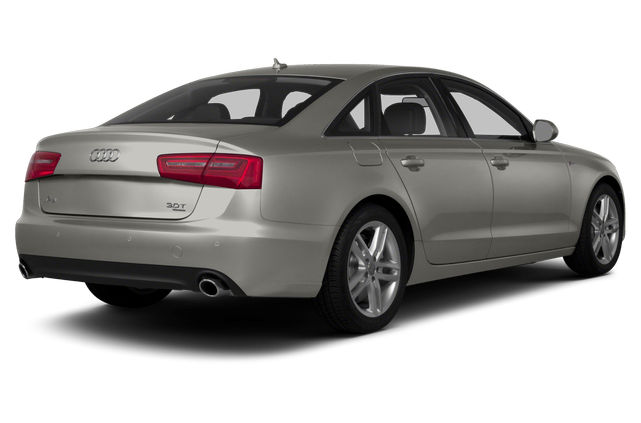 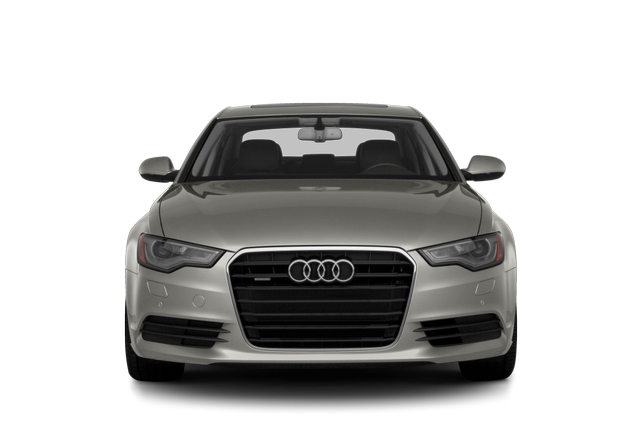 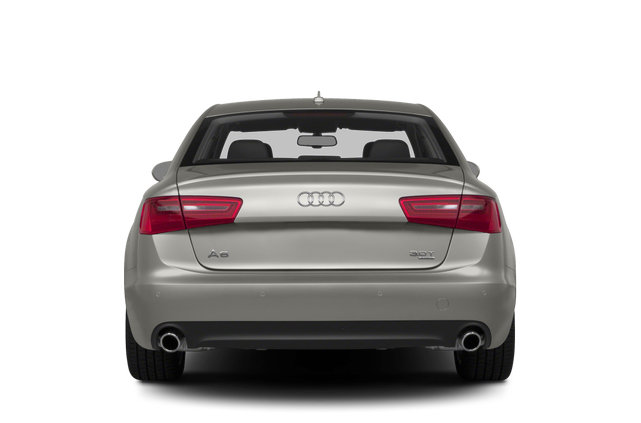 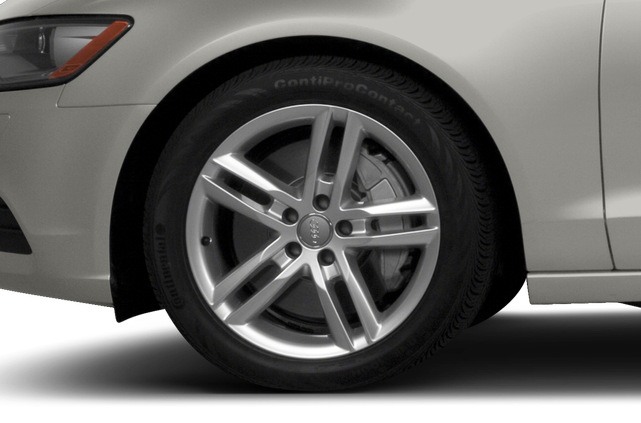 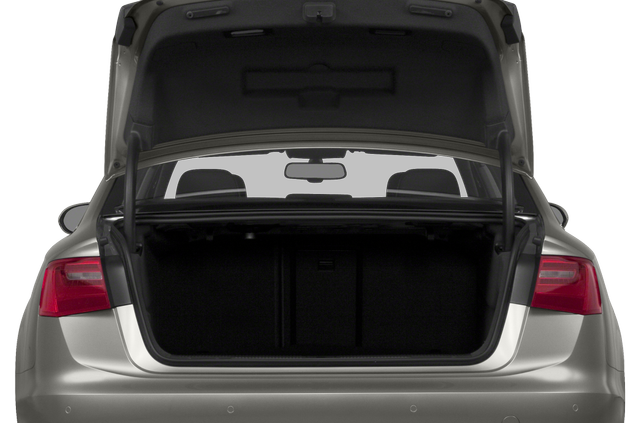 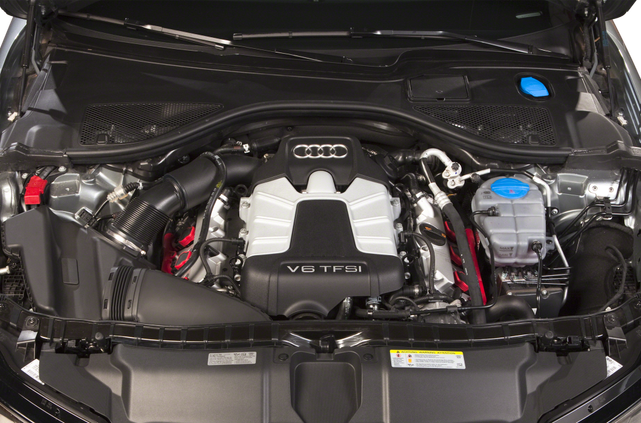 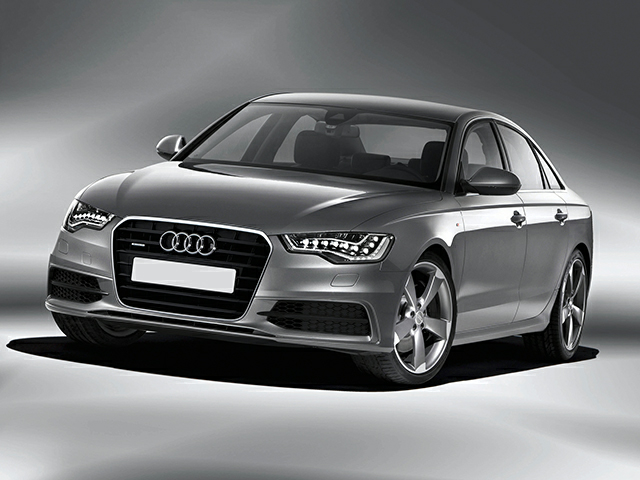 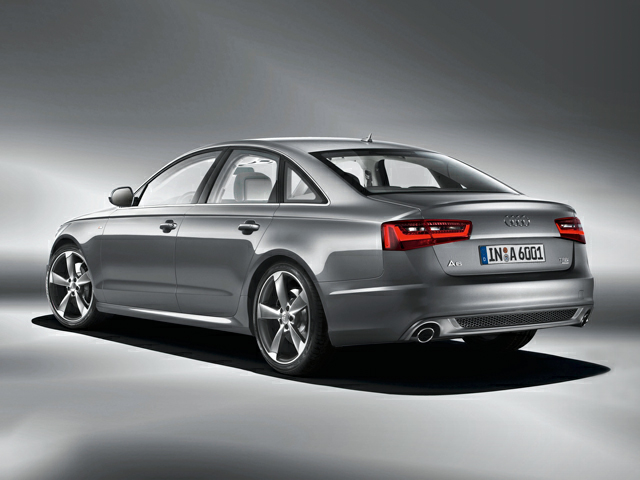 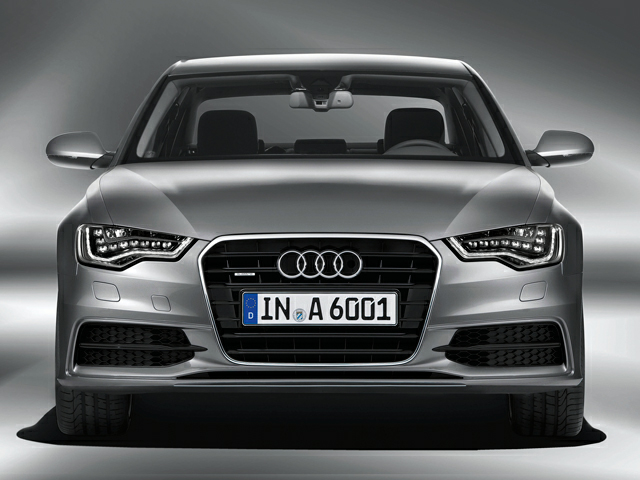 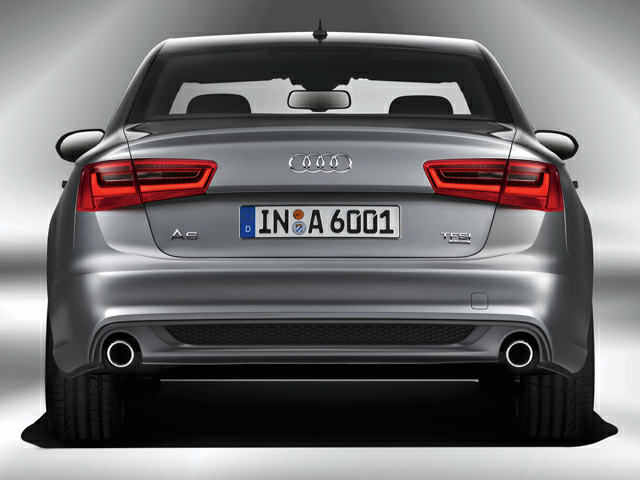 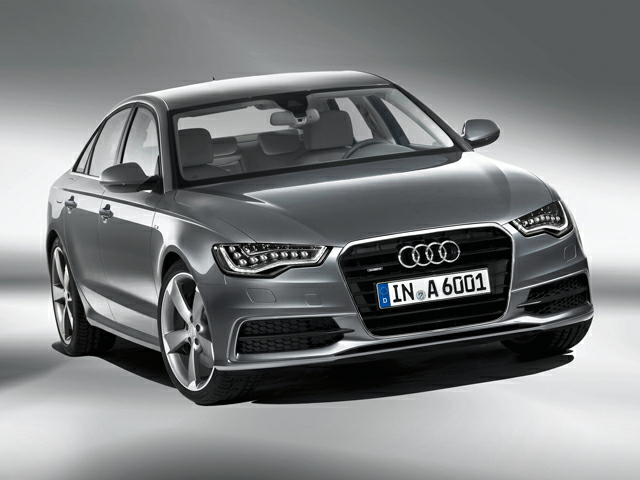 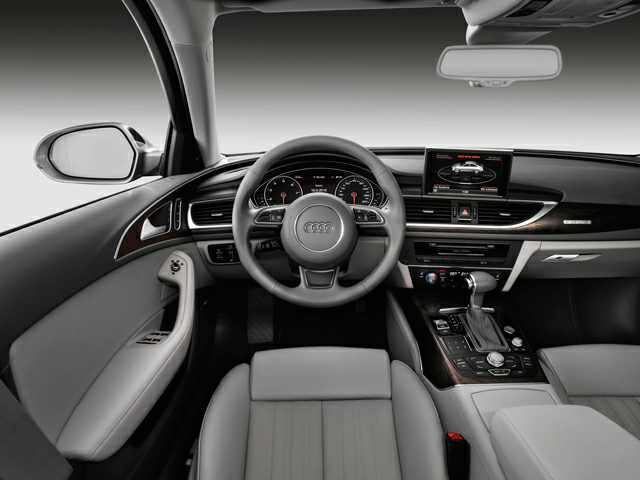 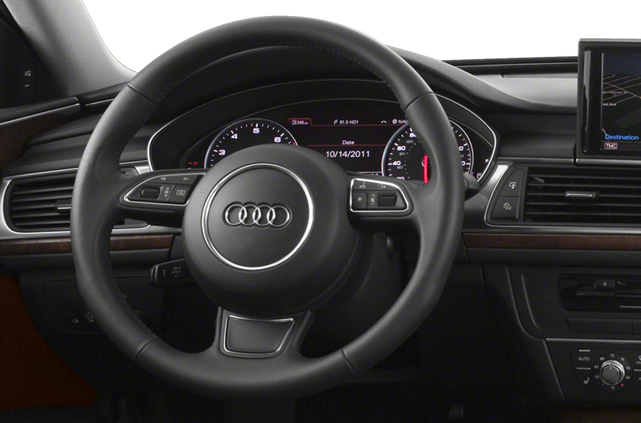 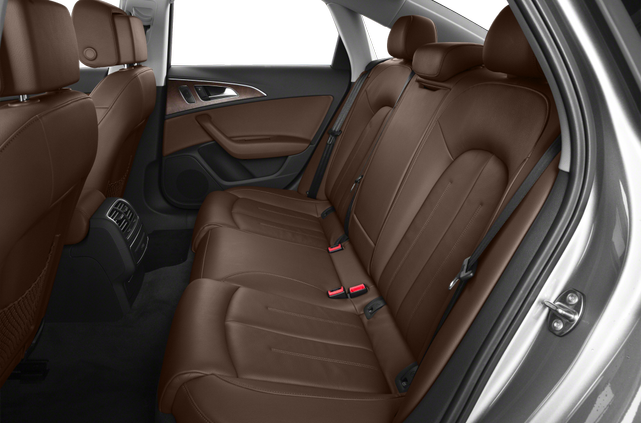 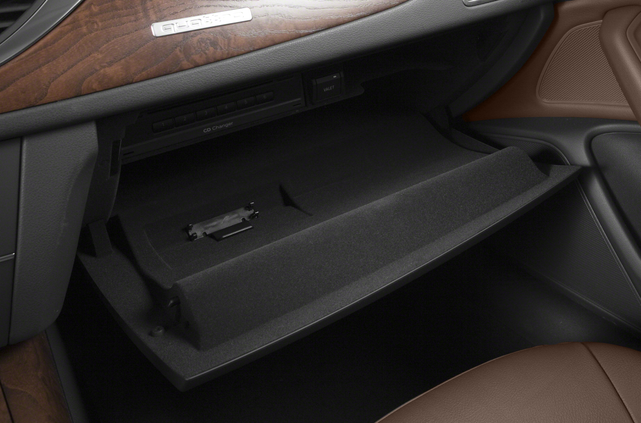 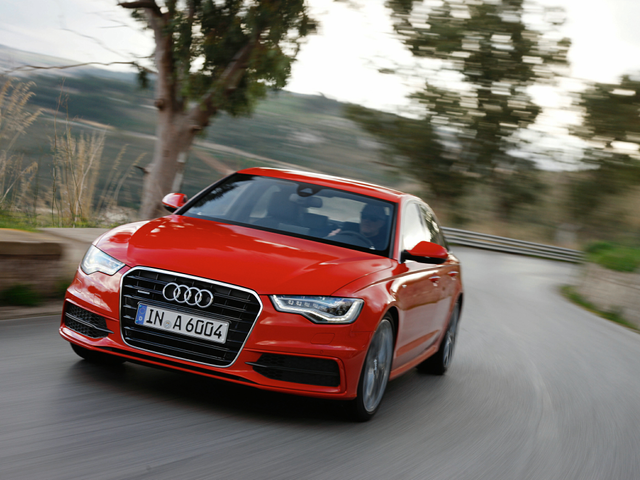 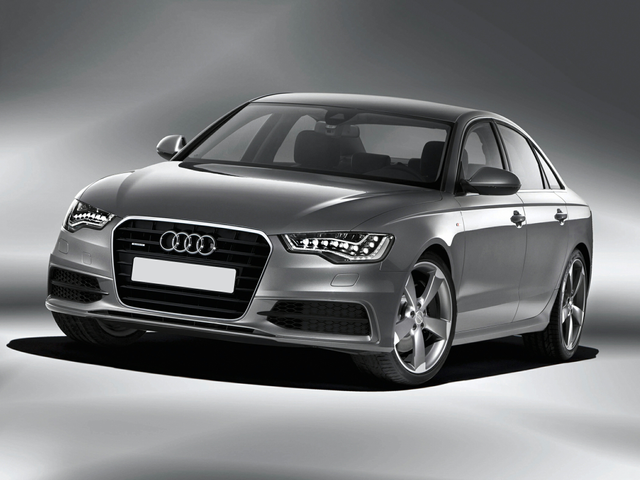 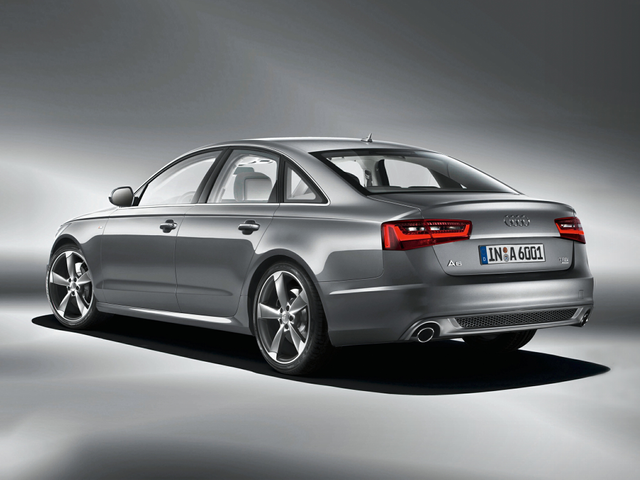 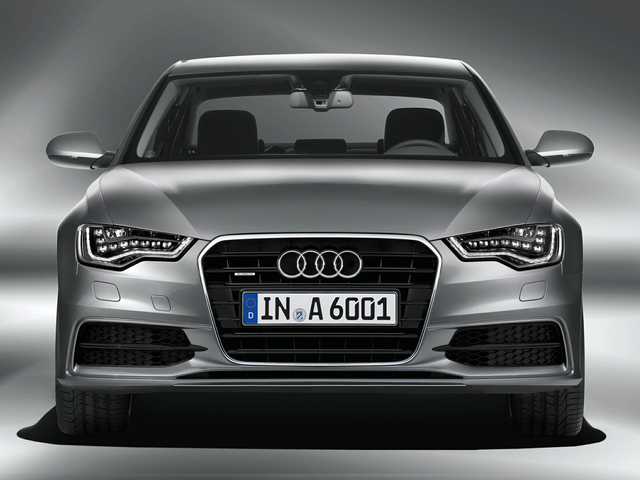 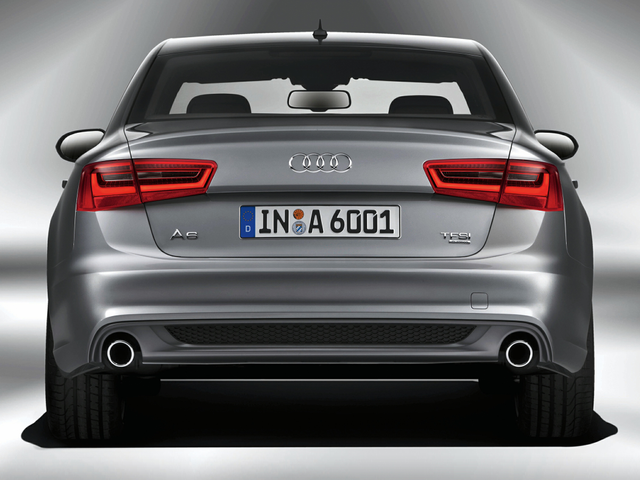 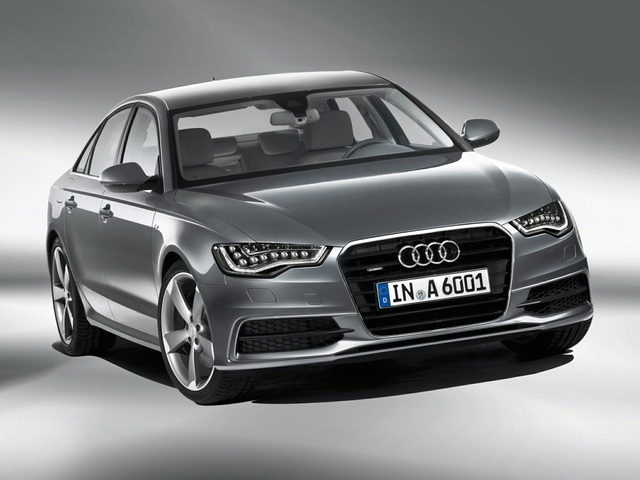 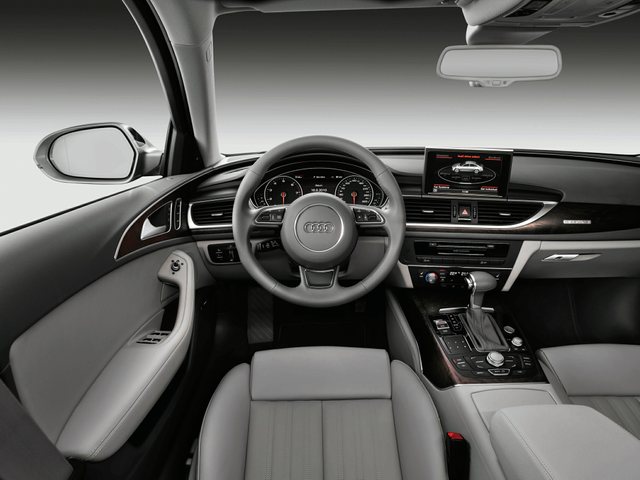