If an insurance company decides that a vehicle was so badly damaged that the cost of repairing it is too high in relation to its actual value, then that vehicle is likely to be declared a total loss. Just because a car is “totaled,” however, doesn’t mean it will never be driven again.

Most totaled vehicles are stripped of their usable parts and the remnants sent to a car crusher. Each state sets its own laws and regulations covering totaled vehicles, though, so some are repaired or rebuilt, receive new titles and wind up back on the road — and not always through legal channels.

Related: What Is a Salvage Title and Should I Buy a Car With One?

In some states, the titles for totaled vehicles label them as “salvage” or “flood” vehicles — or as “junk,” the latter meaning they aren’t fit for public roads. Other states, however, don’t provide such warnings, so unsuspecting buyers may not even be aware they are buying a totaled vehicle. In addition, because state laws differ so much, a vehicle that is totaled in one state can receive a clean title in another state that has looser regulations. This is known as “title-washing,” and it is frequently used by shady operators to sell flood-damaged cars.

Hurricanes, tornadoes and other major storms damage tens of thousands of vehicles that are then totaled, but many are repaired and end up in other states with titles that don’t disclose the previous damage and fresh paint that hides the evidence.

On the legitimate side, some totaled vehicles are sold with titles that identify them as “salvage” or “rebuilt” cars, and typically they carry bargain-basement prices compared to vehicles with unblemished histories.

However, insurance companies may not cover these cars, or they’ll charge higher premiums because they aren’t confident that the cars are safe and sound. Some lenders also may not be willing to approve loans for them given their history.

How to Spot a Totaled Vehicle

To protect used-car buyers from getting scammed, the National Insurance Crime Bureau provides a free service called VINCheck that checks a car’s vehicle identification number to see if an insurance company has reported it as a total loss or as stolen. Most major insurance companies participate in this service, but it doesn’t include every totaled vehicle.

Services such as Carfax and AutoCheck and the National Vehicle Title Information System also provide vehicle history reports (for a fee) that search insurance and public records for reports on whether a vehicle has been totaled or suffered major damage. 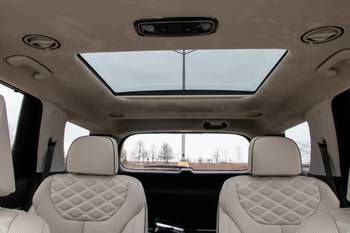