The 2022 Ford Maverick, our reigning Best Pickup Truck and overall Best of the Year winner, is an impressive compact pickup truck. One reason why is impressive fuel economy from the standard hybrid powertrain; it’s why, when we bought a Maverick for our long-term test fleet, we went looking for a hybrid model.

But there’s another engine available for the Maverick: a turbocharged 2.0-liter EcoBoost four-cylinder. We recently got our hands on an EcoBoost-powered Maverick — conveniently, one with front-wheel drive, just like every Maverick hybrid — and decided to conduct some experiments to see what you get (and give up) by choosing the EcoBoost engine.

We took the two Mavericks to Great Lakes Dragaway in Union Grove, Wis., to test how well the trucks accelerated without payload and with 1,180 pounds of sandbags in the bed. We also drove them without payload on a 200-mile route to measure their real-world fuel economy. Read on for the full results from the track and our fuel-economy route, and check out the video below for a recap of the testing.

Our test Maverick EcoBoost was a FWD XLT trim level. Its turbocharged 2.0-liter four-cylinder produces 250 horsepower and 277 pounds-feet of torque, and the gas-only engine is paired to a traditional eight-speed automatic transmission.

Our Maverick hybrid, meanwhile, makes 191 hp total and 155 pounds-feet of torque and has a continuously variable transmission. It’s also heavier than the Maverick EcoBoost; we weighed both trucks and the hybrid tipped the scales at 3,840 pounds, while the EcoBoost weighed in at 3,540 pounds. Both trucks had full fuel tanks but were otherwise empty.

Don’t miss out on the latest news, reviews and videos from our in-house experts. Get updates in your inbox.

With a more powerful engine in a lighter truck, the Maverick EcoBoost was looking like the clear favorite heading into our acceleration testing — and it delivered, proving itself quicker than the hybrid regardless of whether or not it had payload in its cargo bed.

That might not be much of a surprise, but what is interesting about the results is that the delta between the two trucks didn’t change drastically with more than half a ton of sandbags in the bed; from 0-60 mph, the loaded EcoBoost was about 2 seconds quicker, hitting 60 mph in 8.63 seconds. It also completed the quarter-mile in 16.33 seconds at 89.04 mph, or approximately 1.5 seconds quicker and with a 7 mph higher top speed than the loaded Maverick hybrid. Even though it was quicker than the hybrid, the Maverick EcoBoost’s performance was just as impacted by the added weight.

The Maverick EcoBoost was a lot more fun to drive down the drag strip than the hybrid, but that wasn’t a high bar to clear. The hybrid had its merits, however; its launches were a lot cleaner and less fraught even if the resulting sprint was slower than a minivan. With its cargo box loaded with payload, the EcoBoost’s lightened front end resulted in so much wheel hop during hard launches that I thought the front wheels were going to come off. I had to ease into the gas pedal and wait for a few upshifts before I could flatten the accelerator pedal. I longed for the all-wheel-drive system that’s available for EcoBoost-powered Mavericks; having two additional driven wheels would’ve helped clean up the truck’s launches. 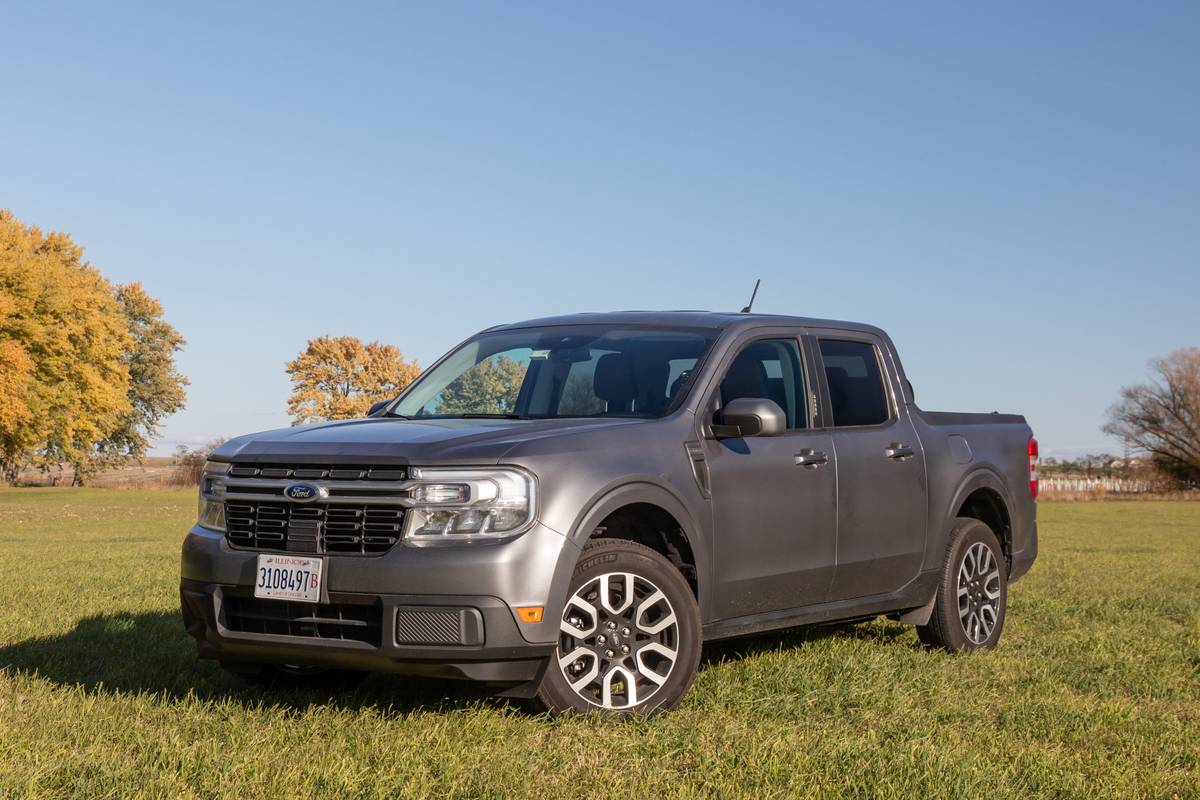 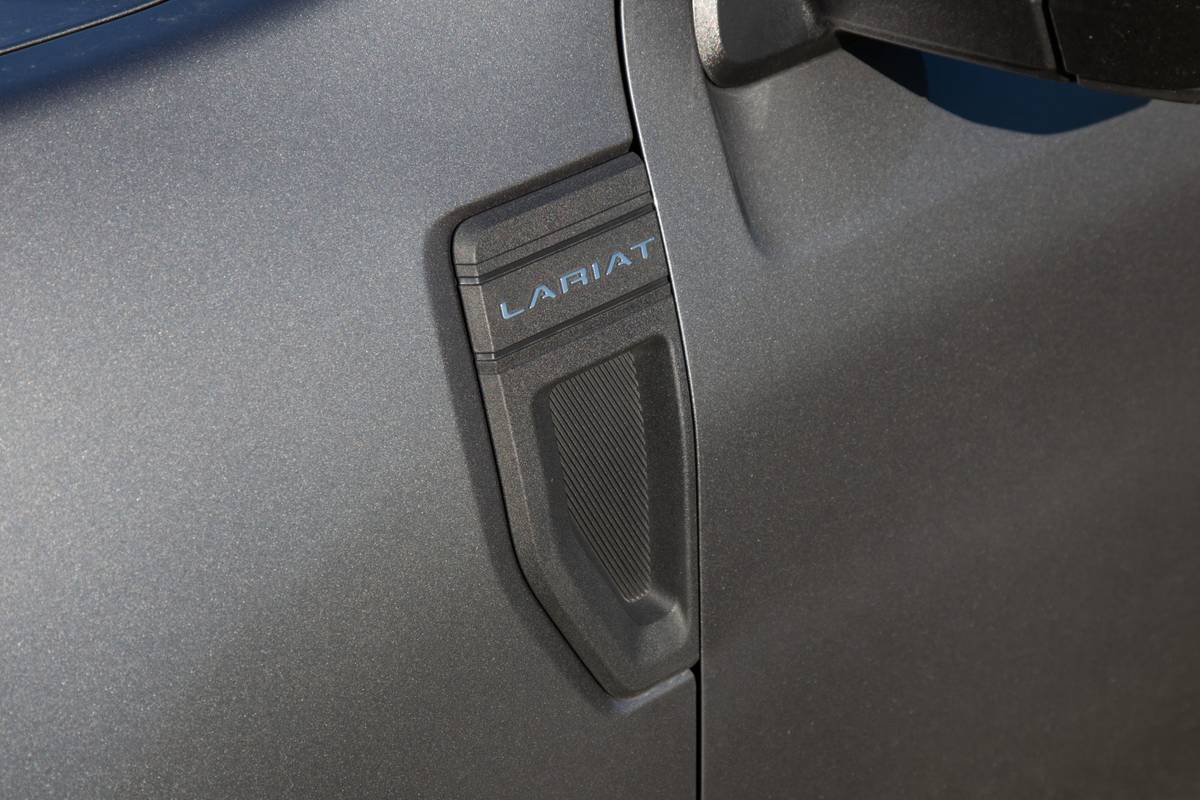 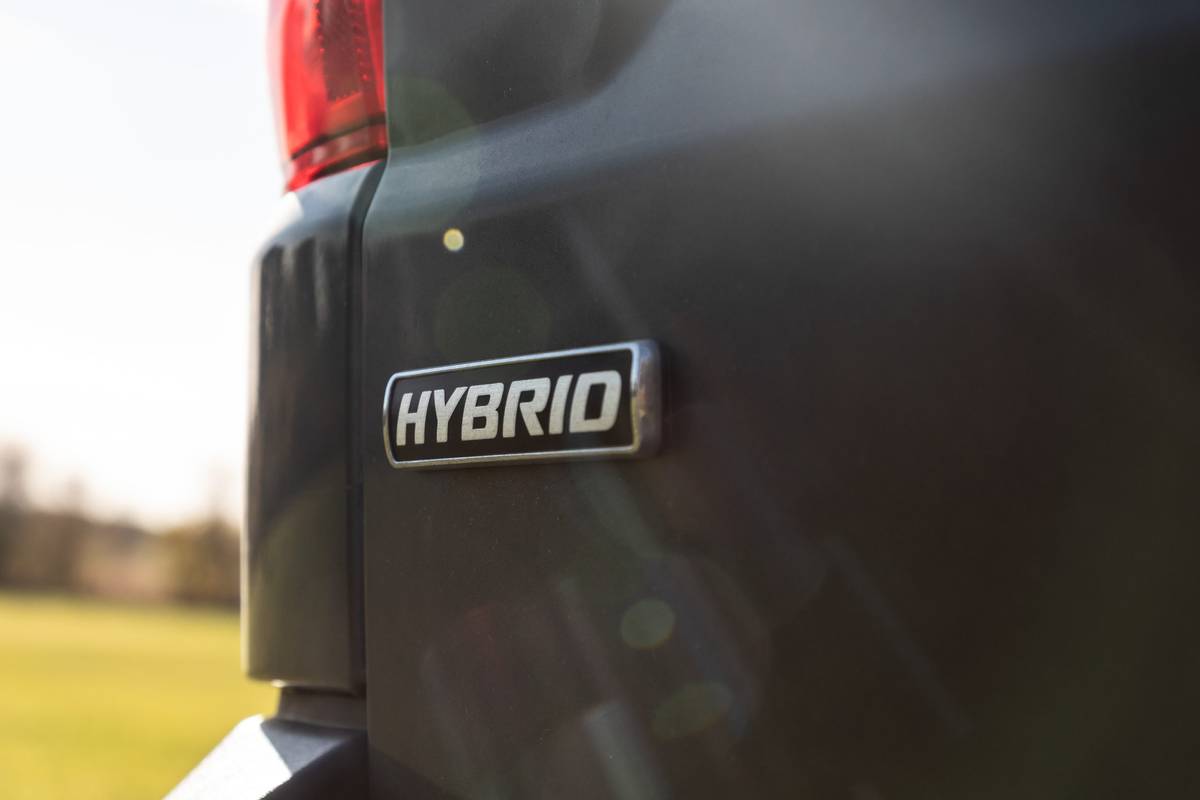 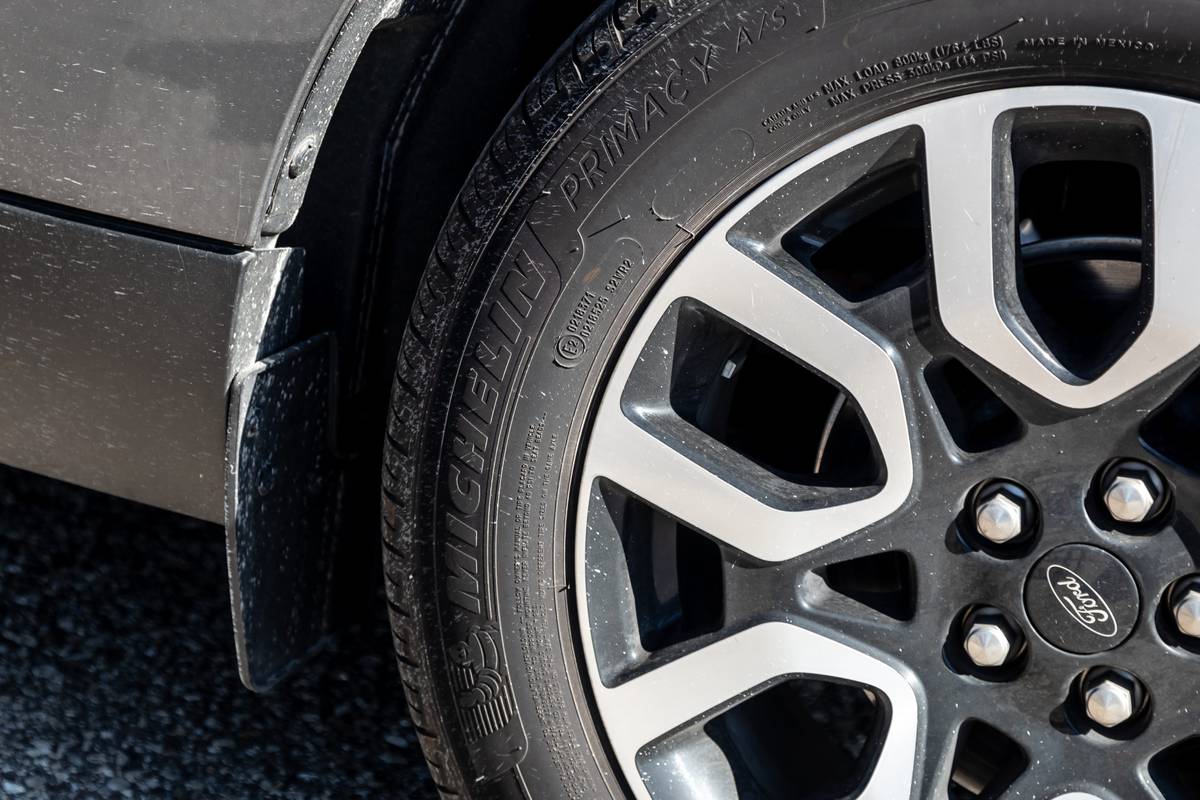 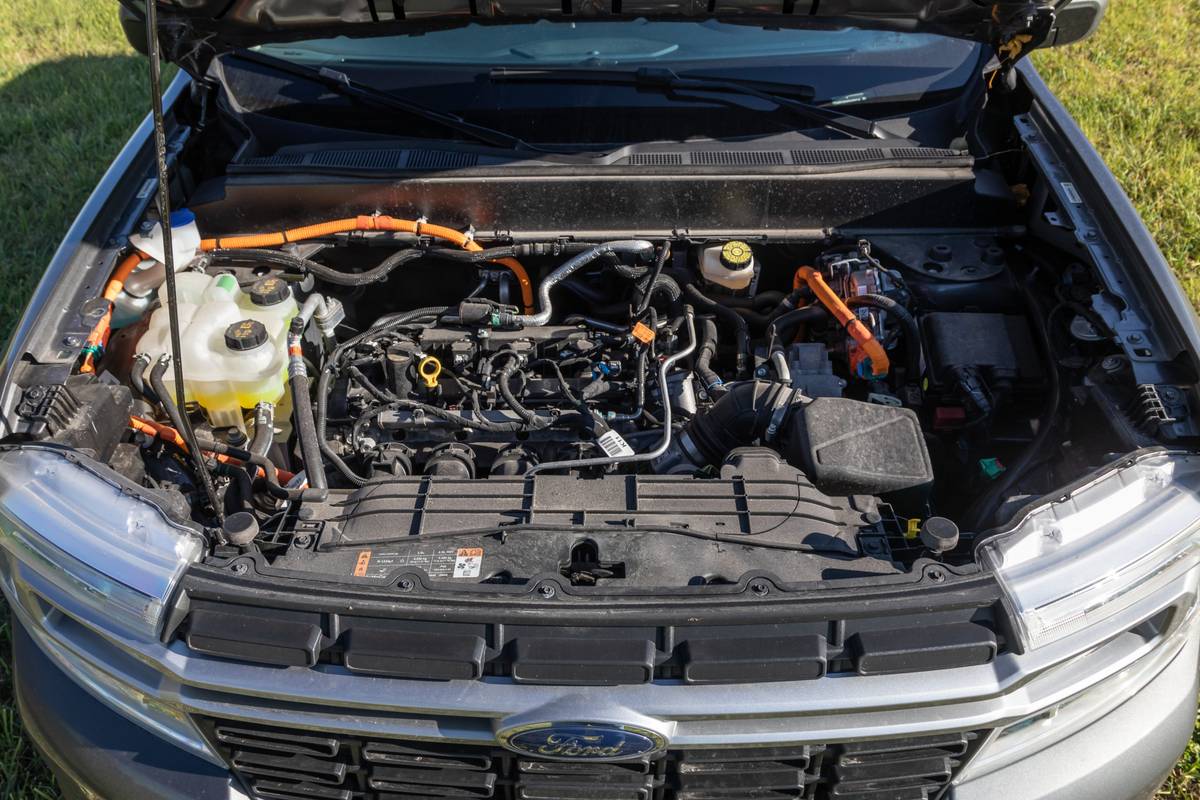 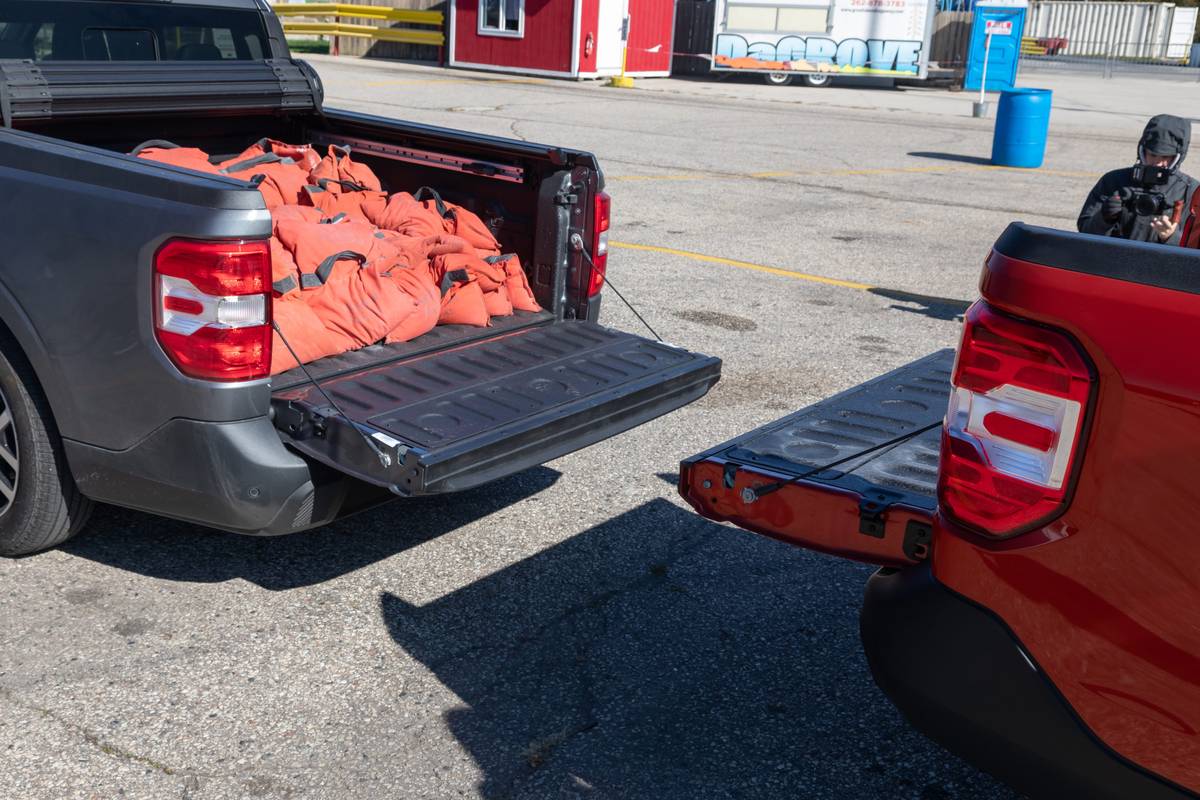 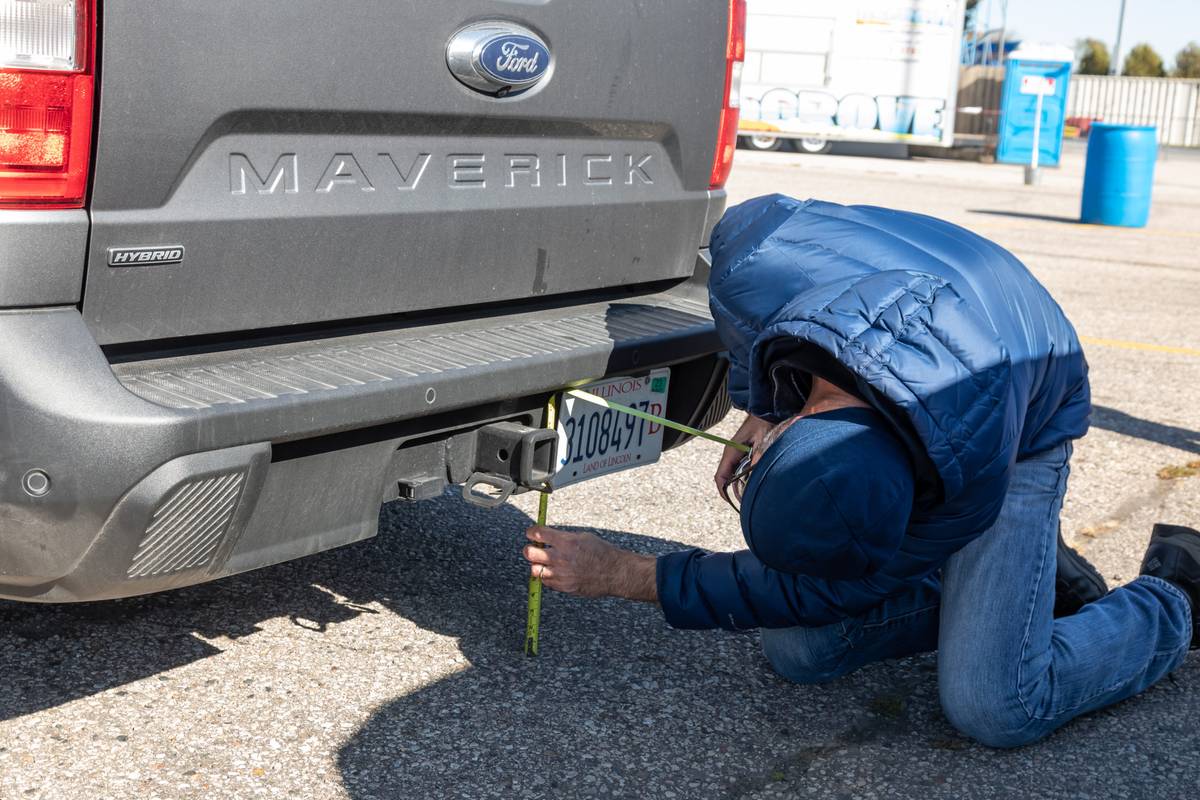 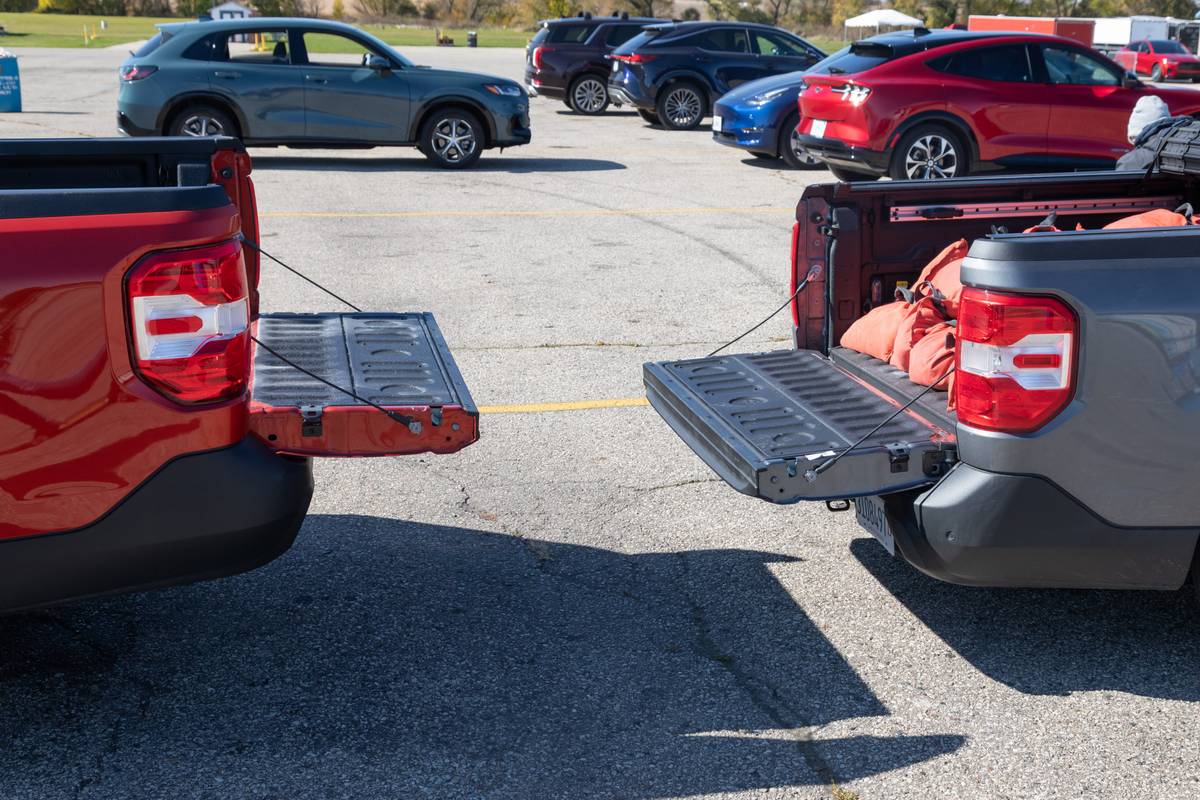 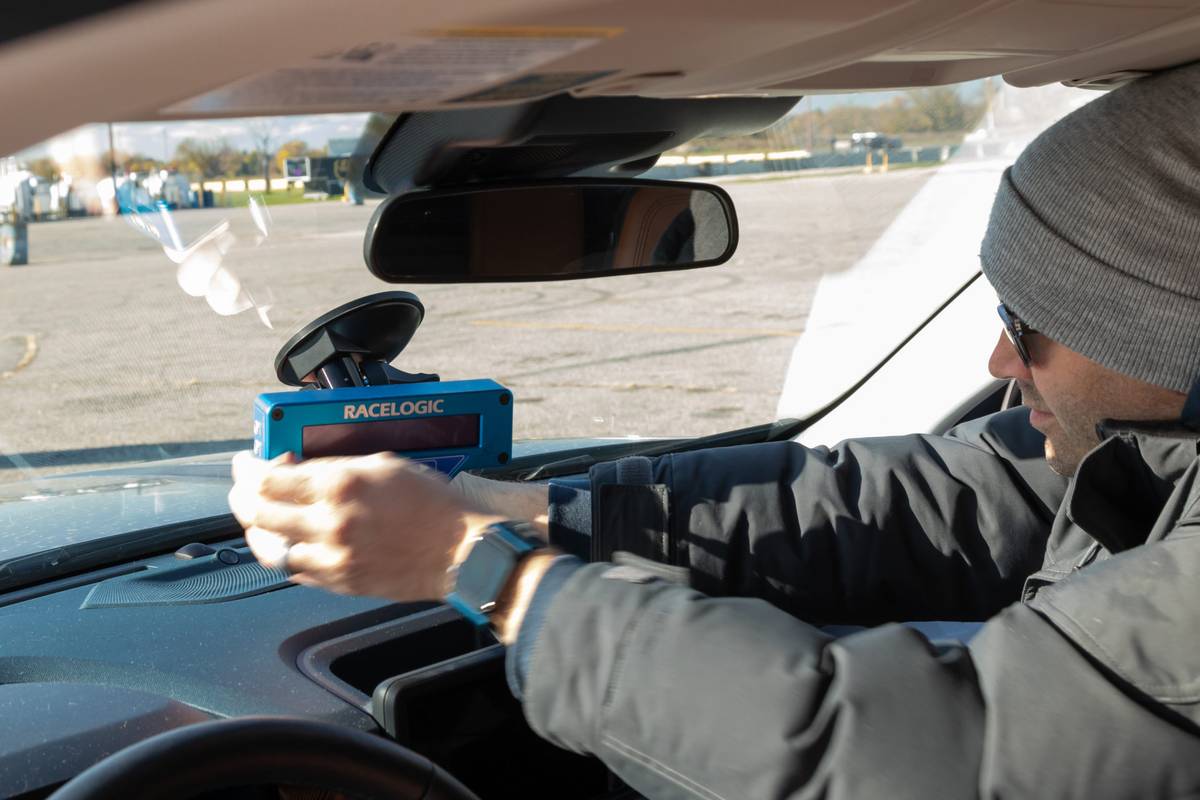 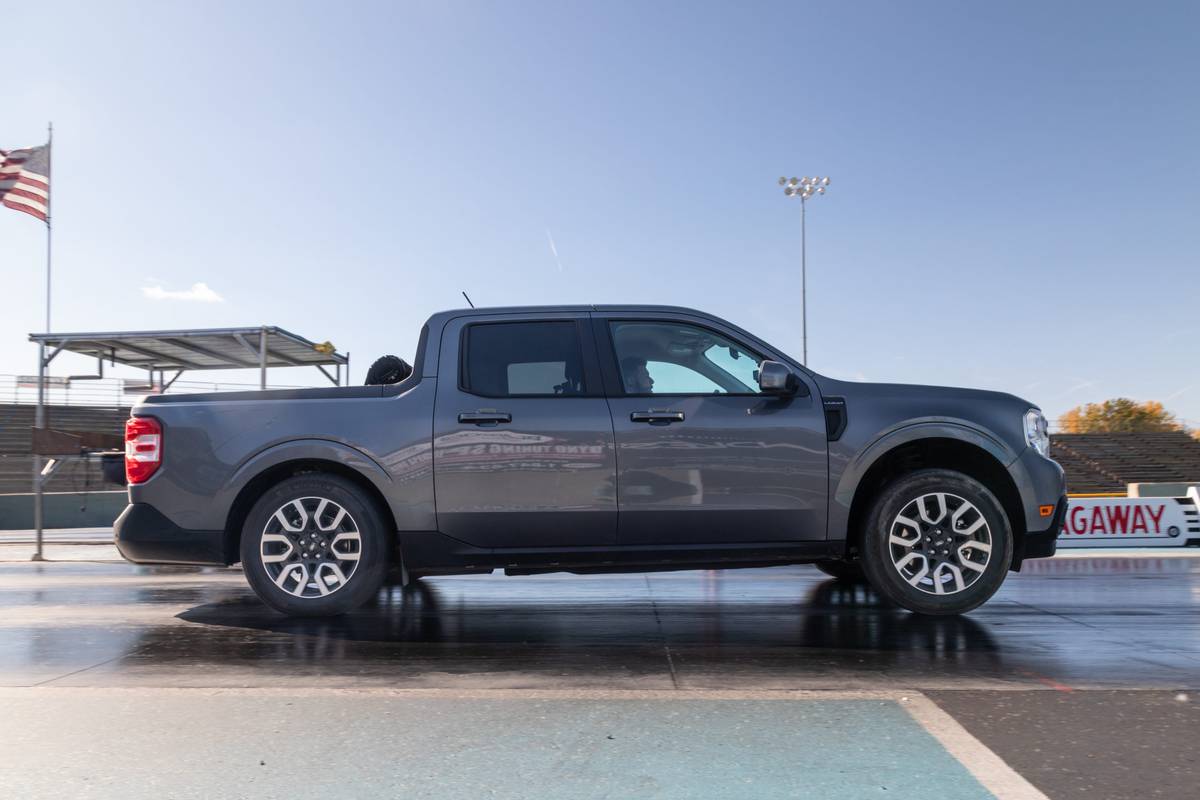 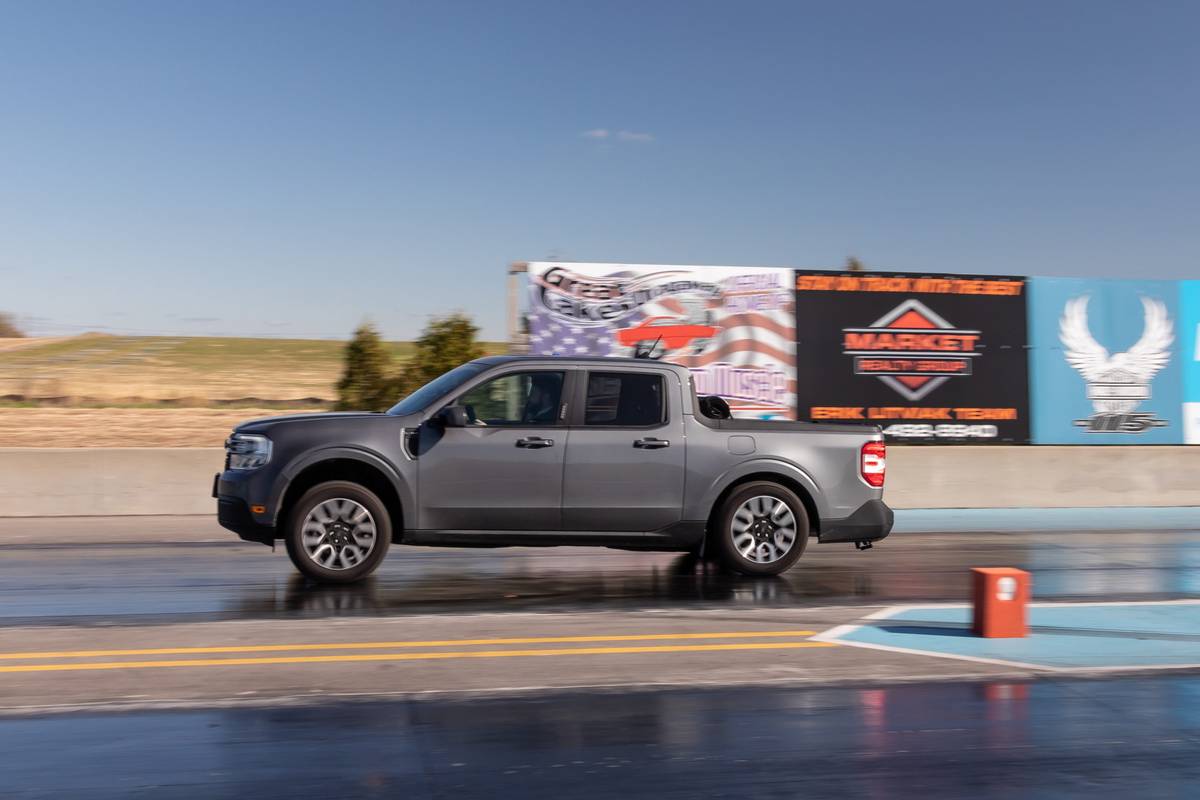 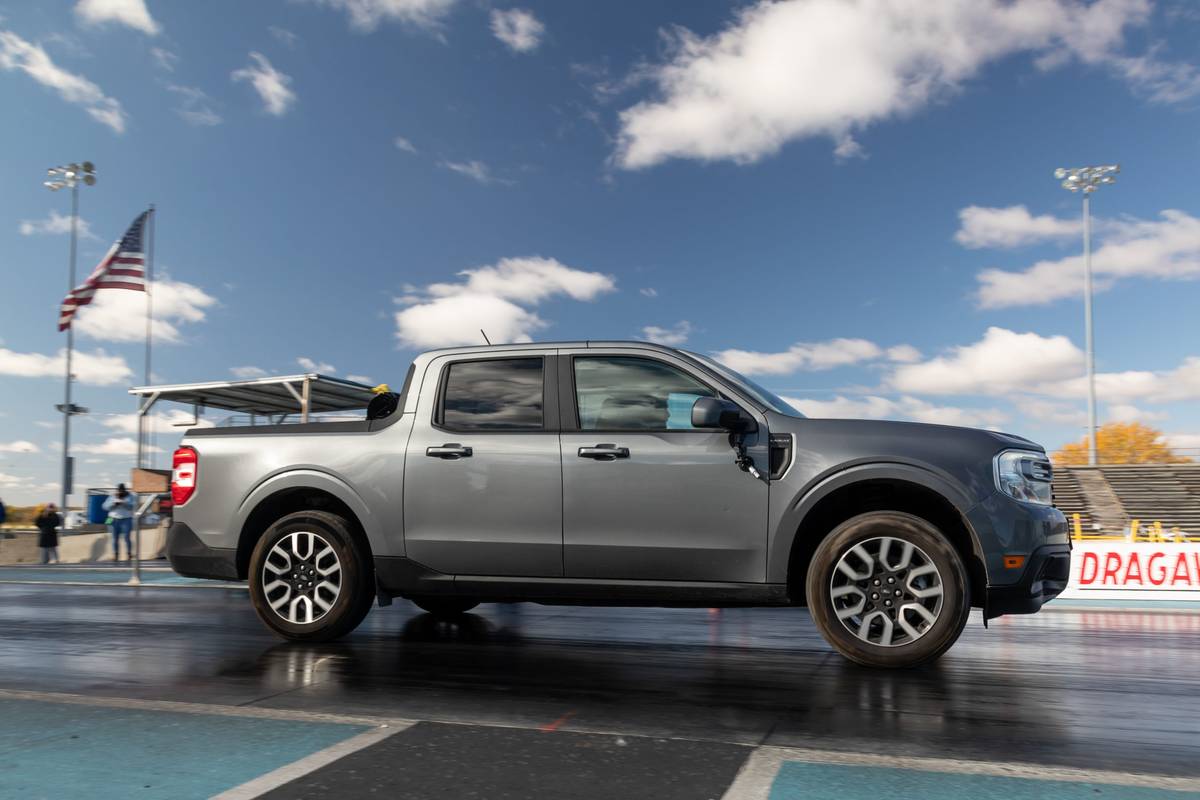 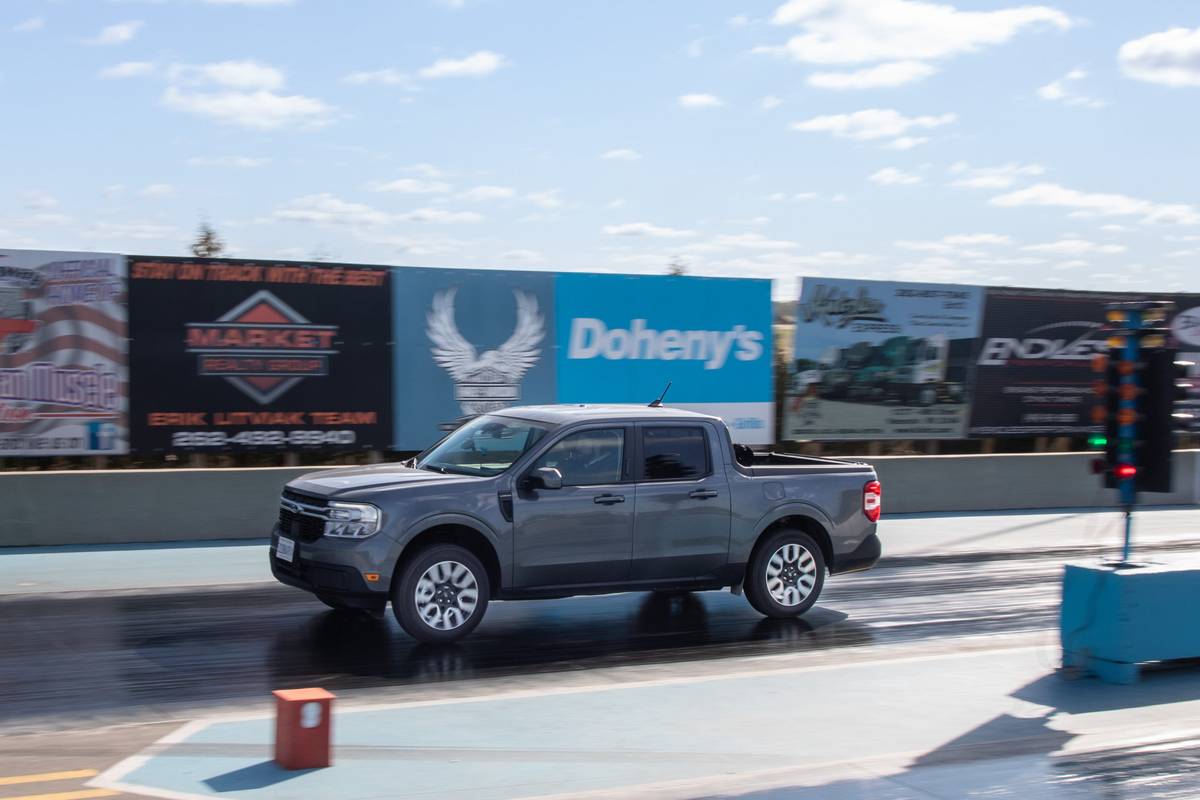 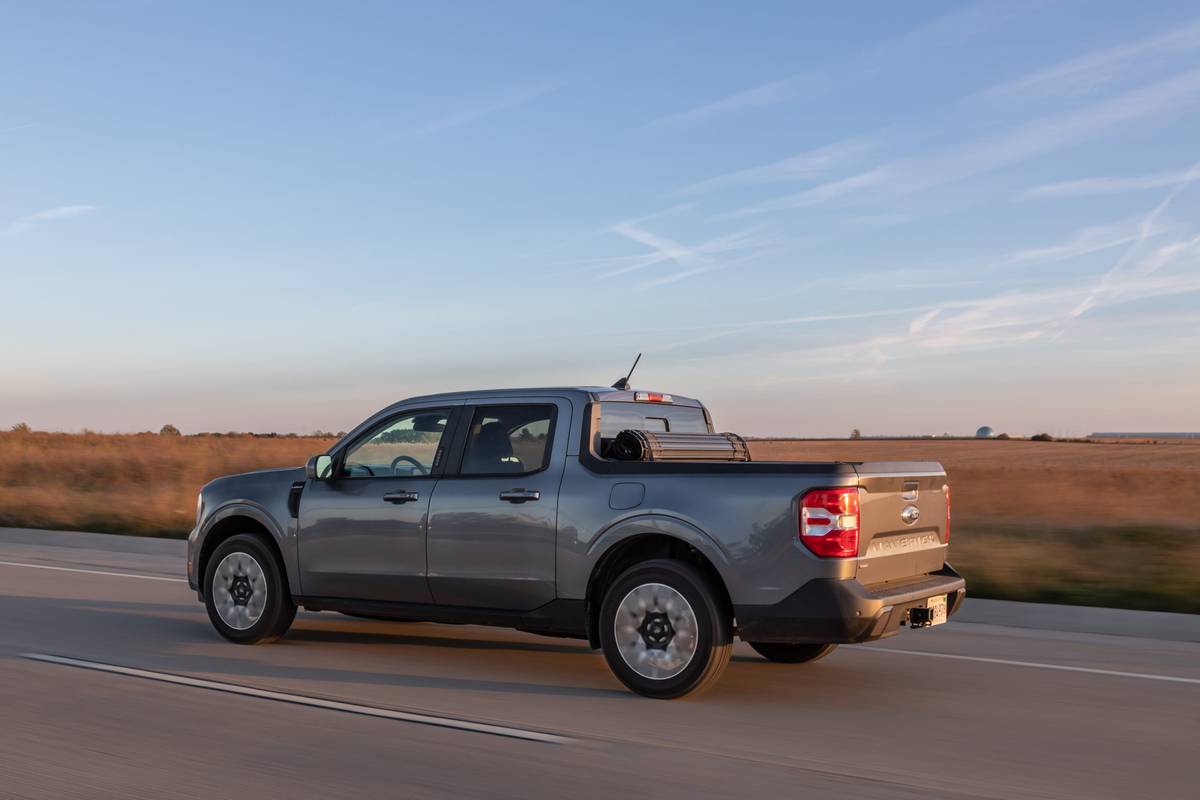 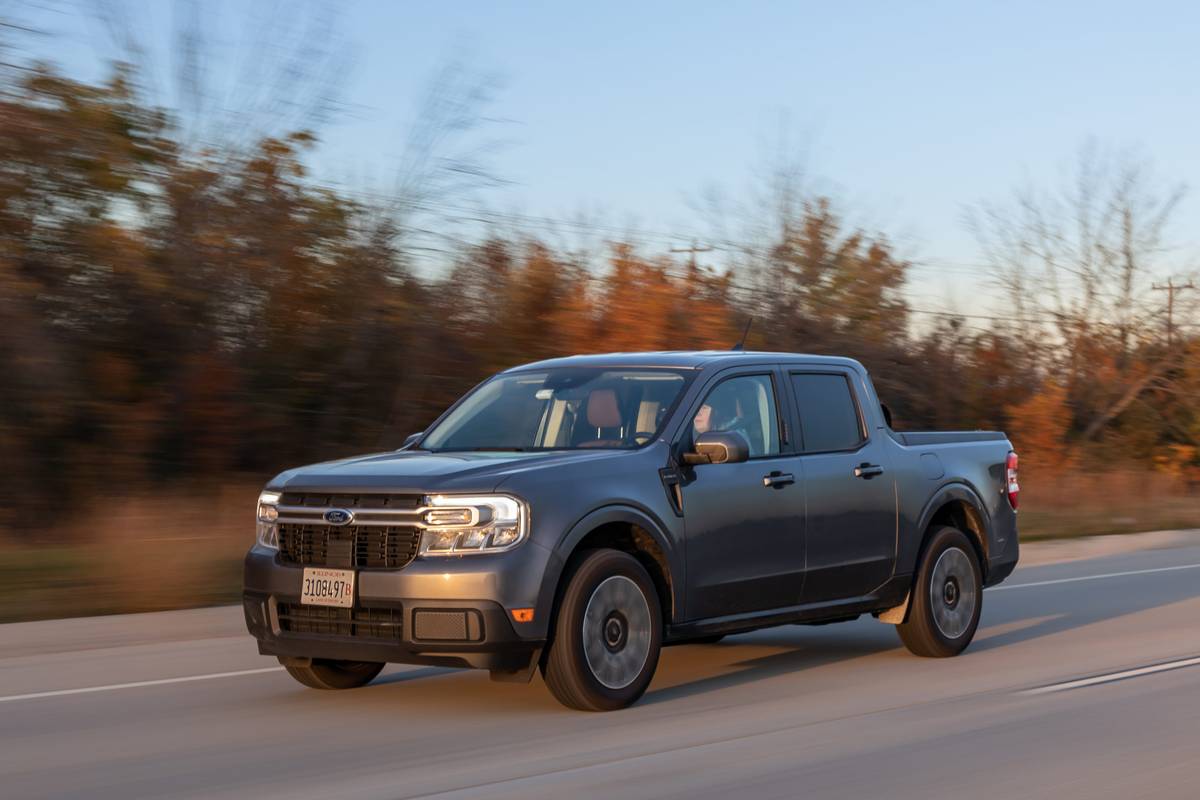 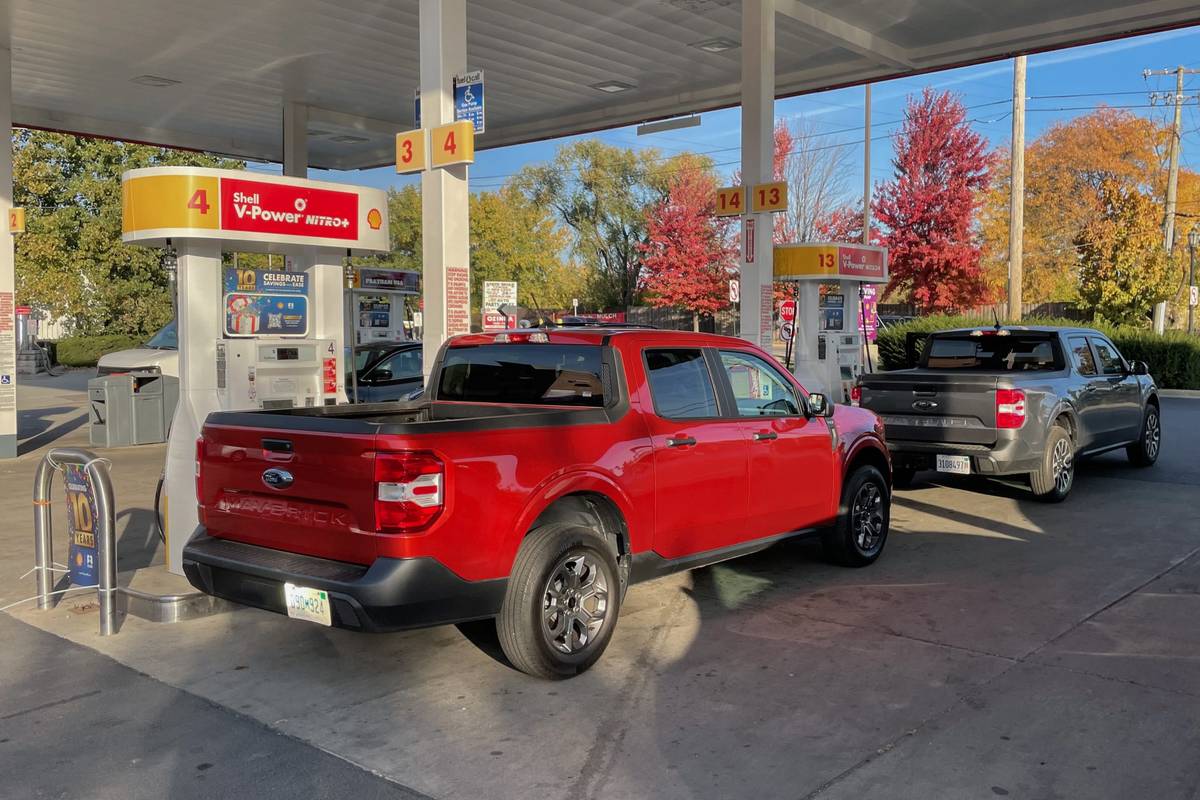 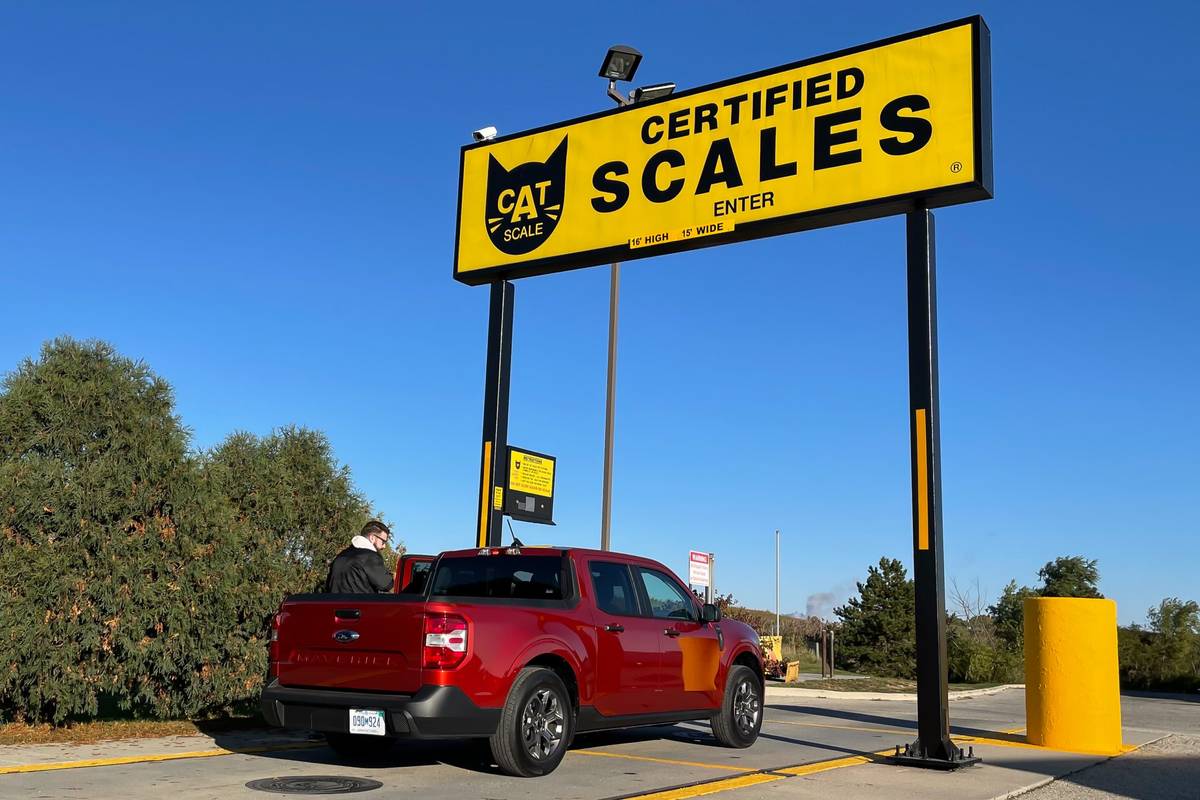 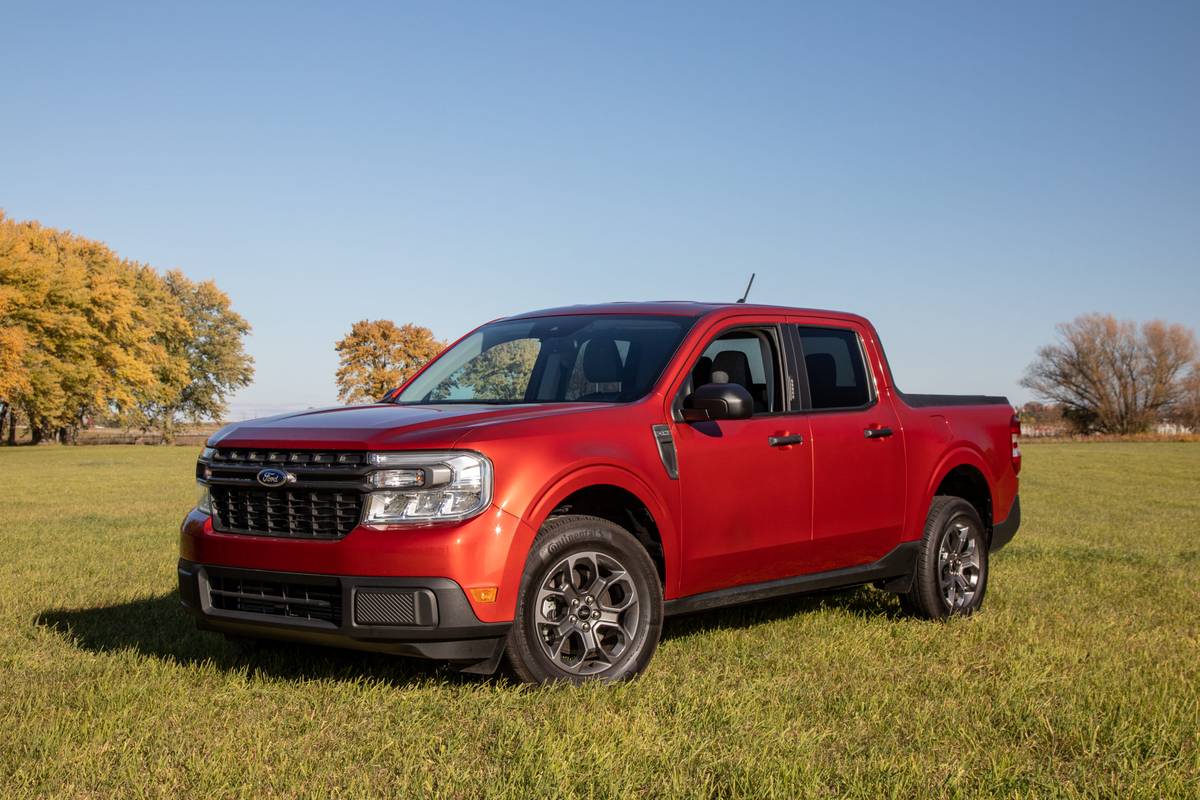 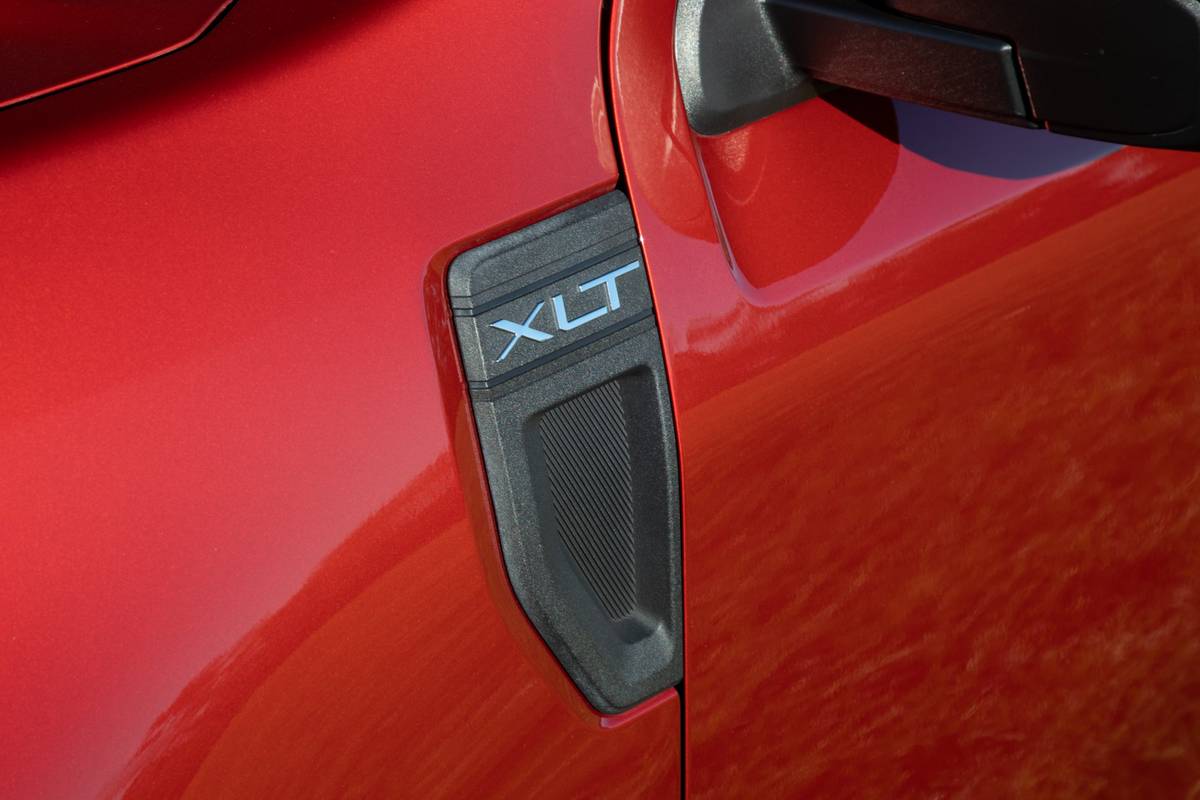 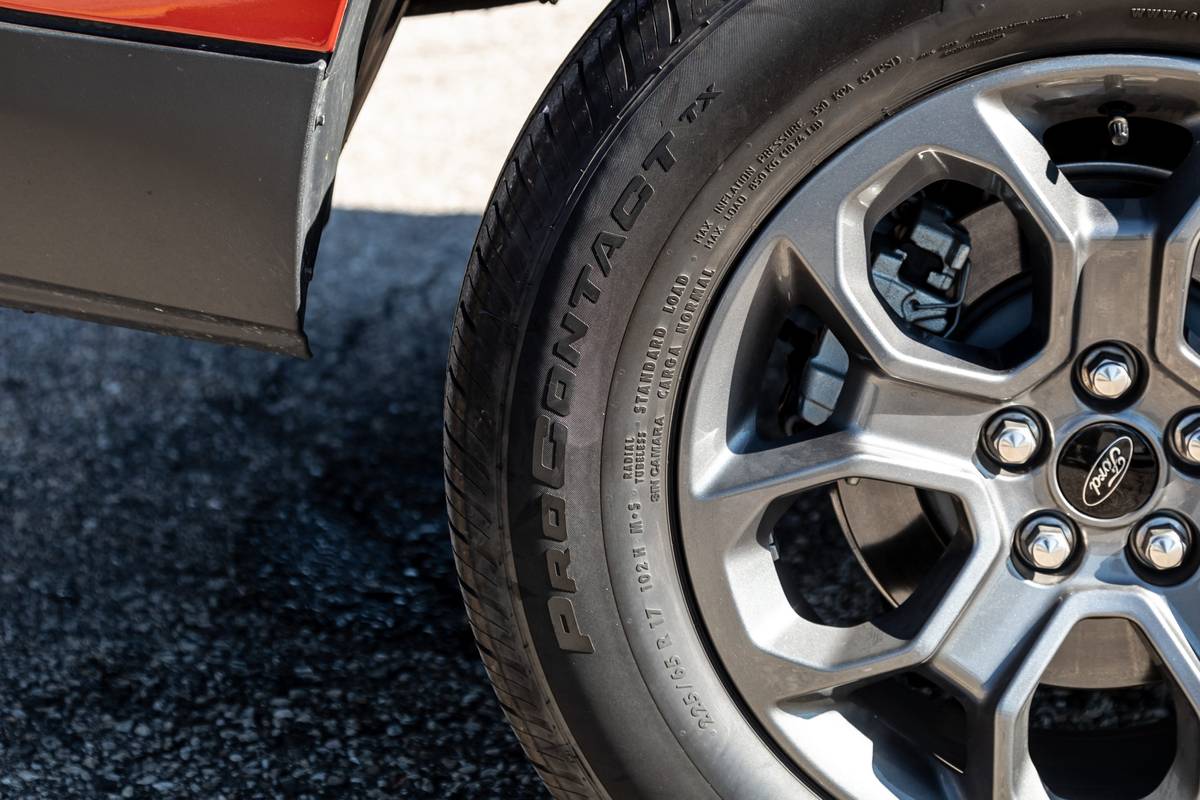 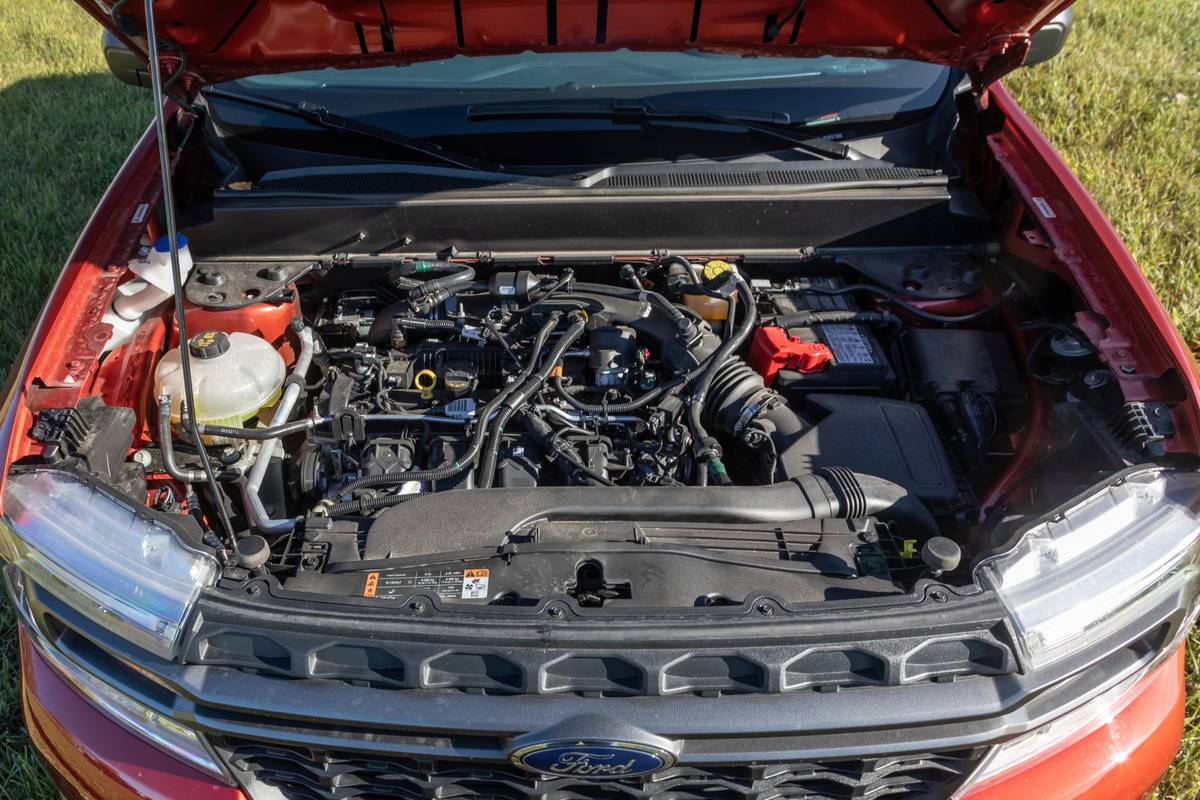 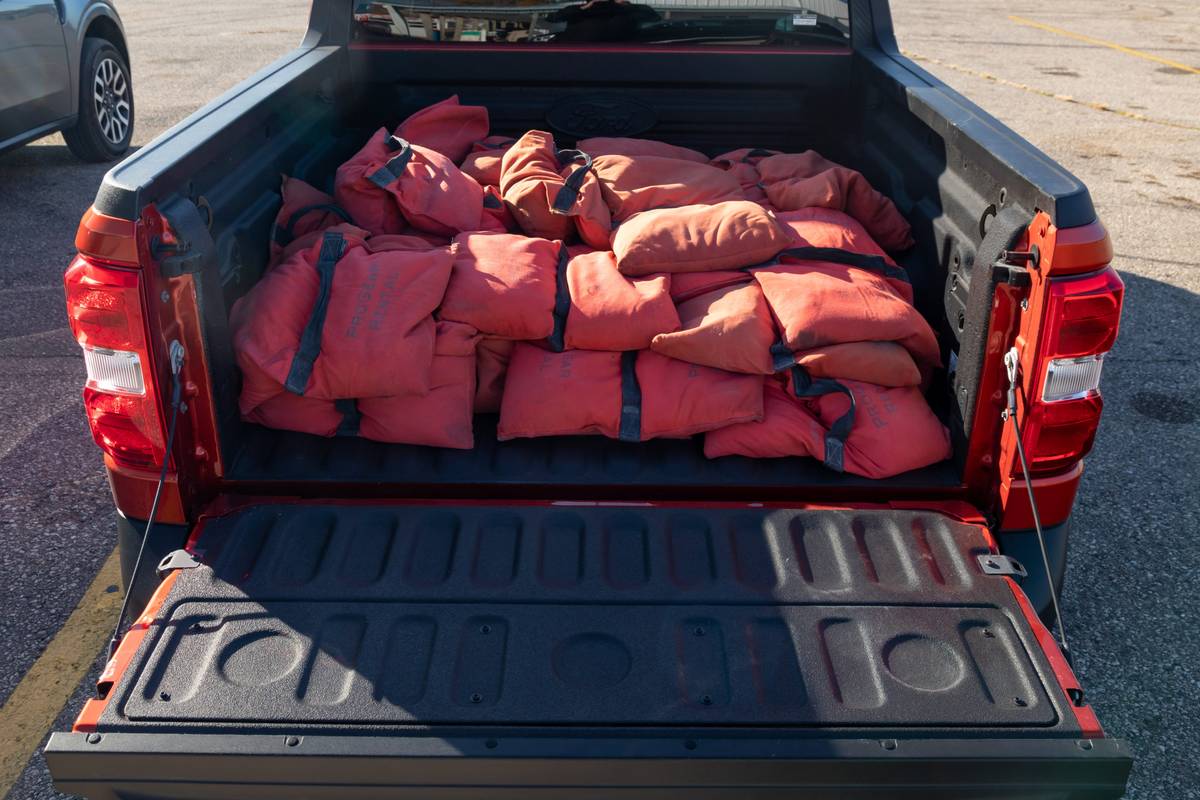 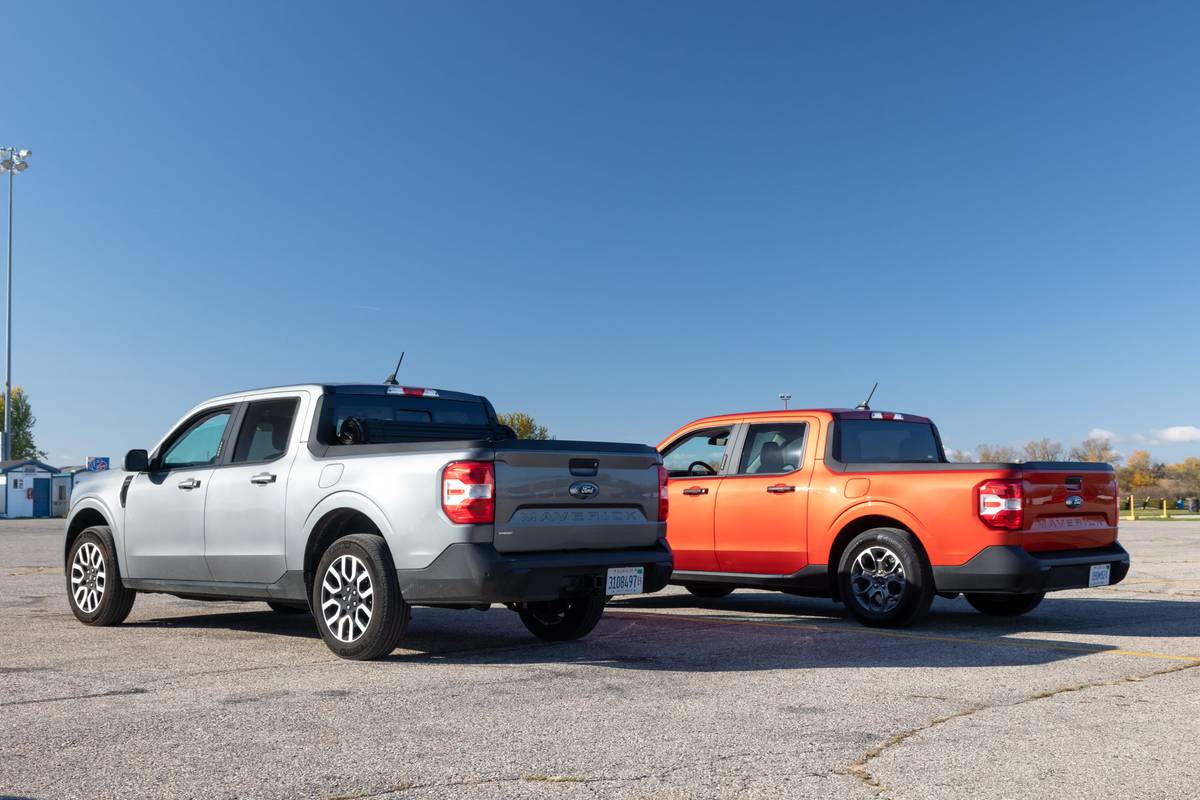 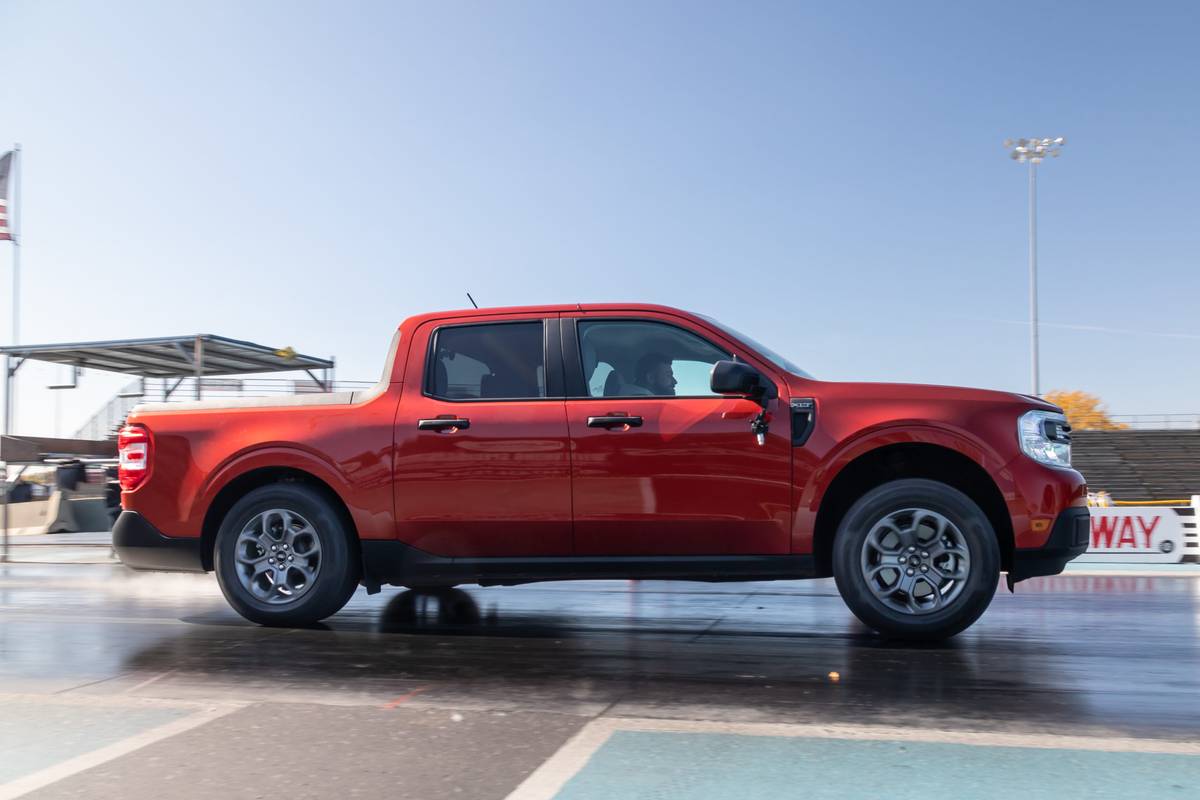 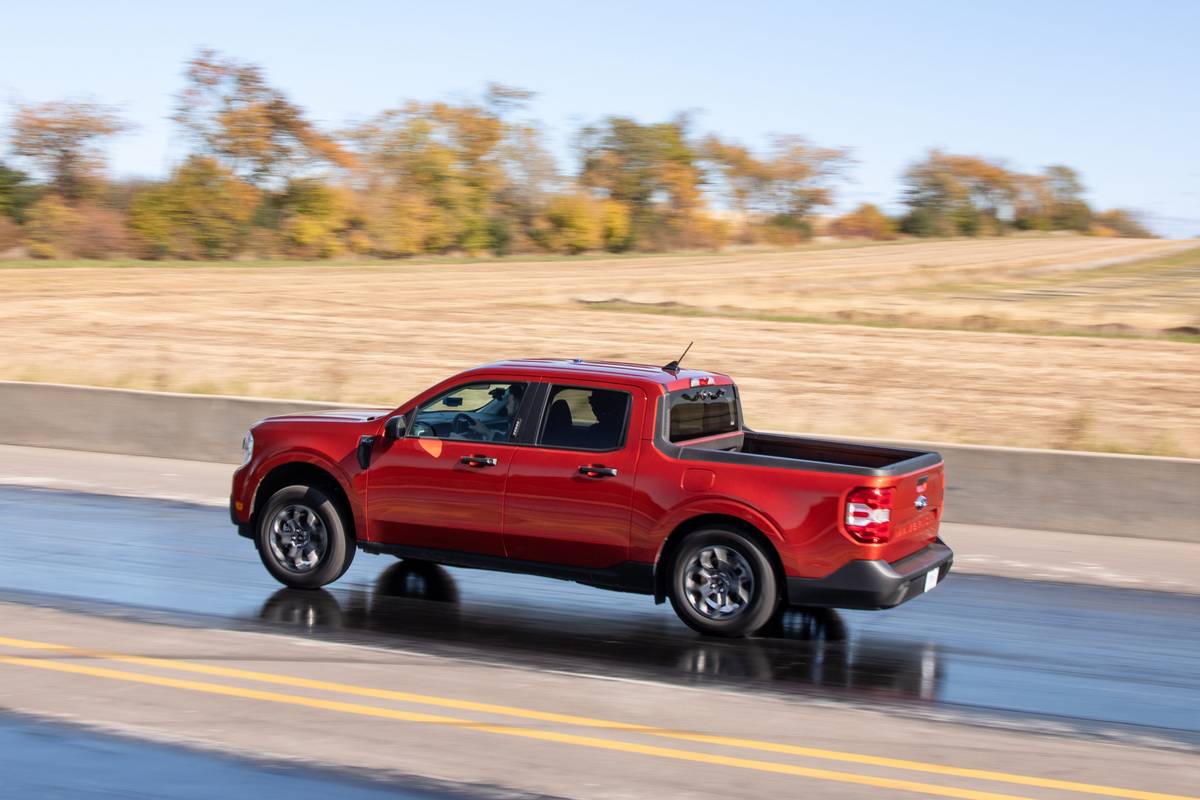 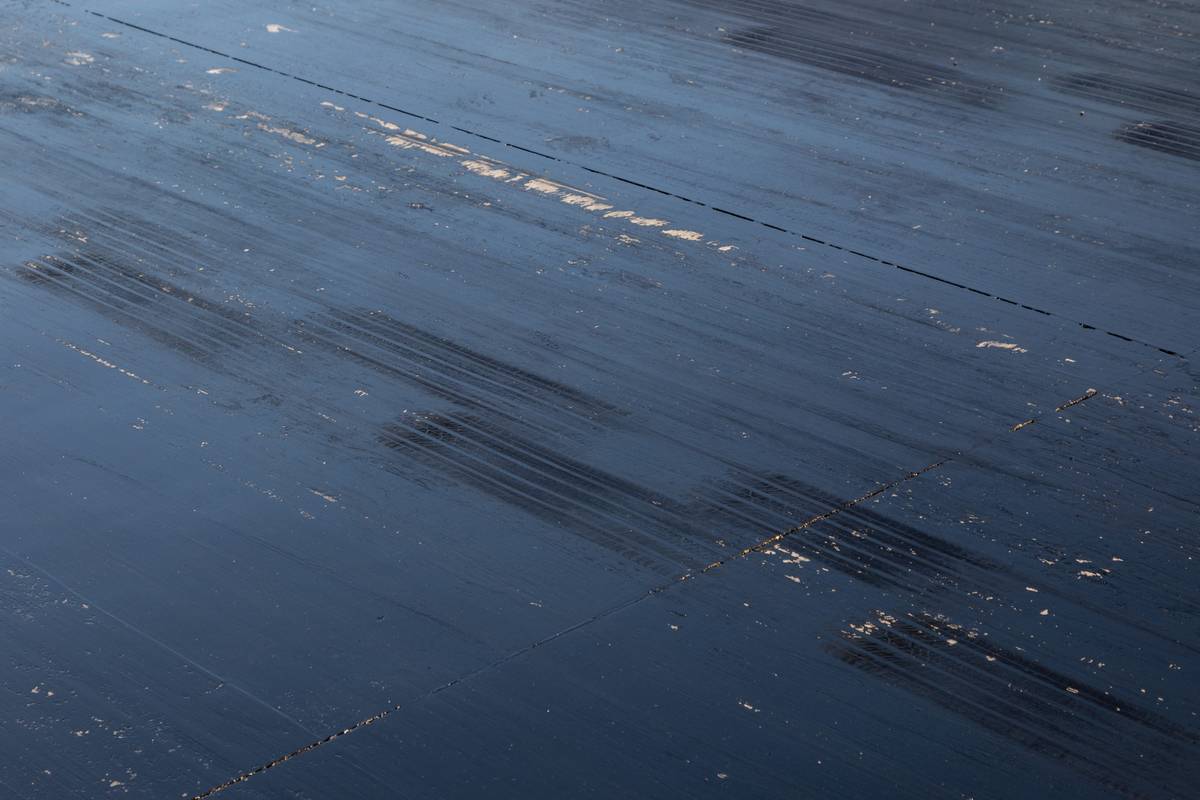 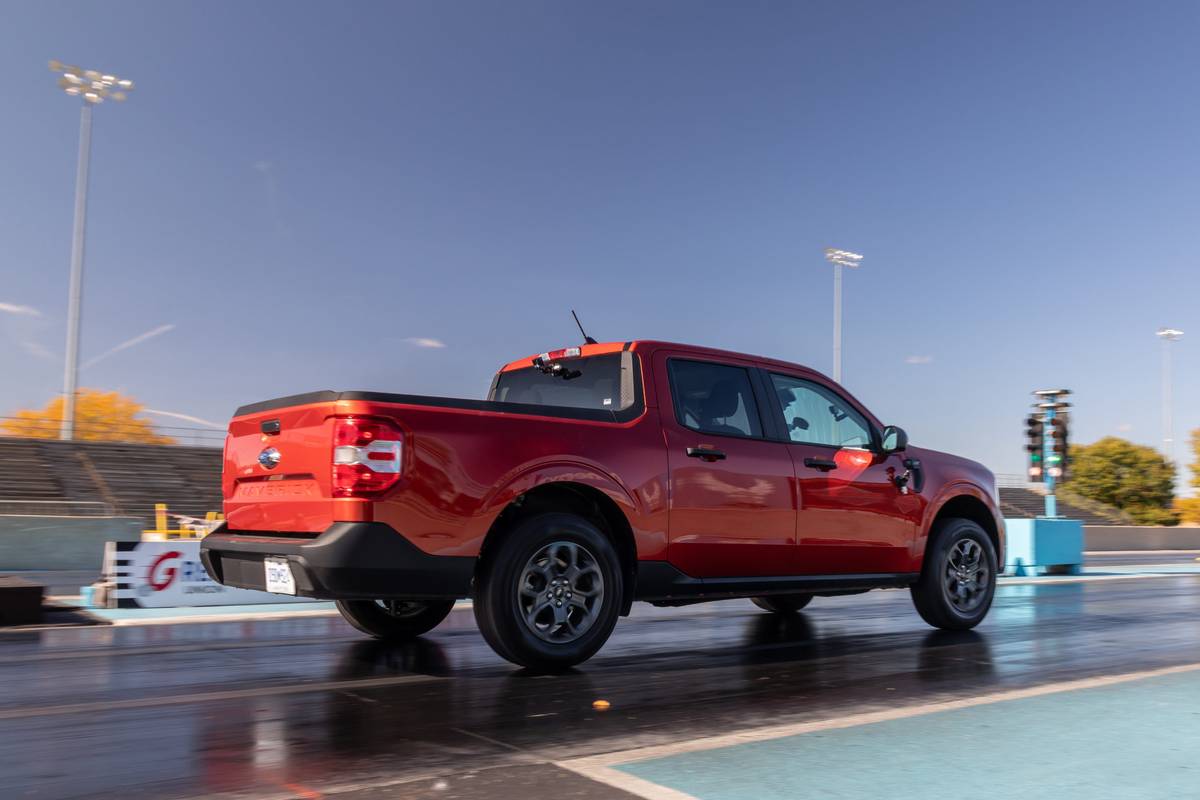 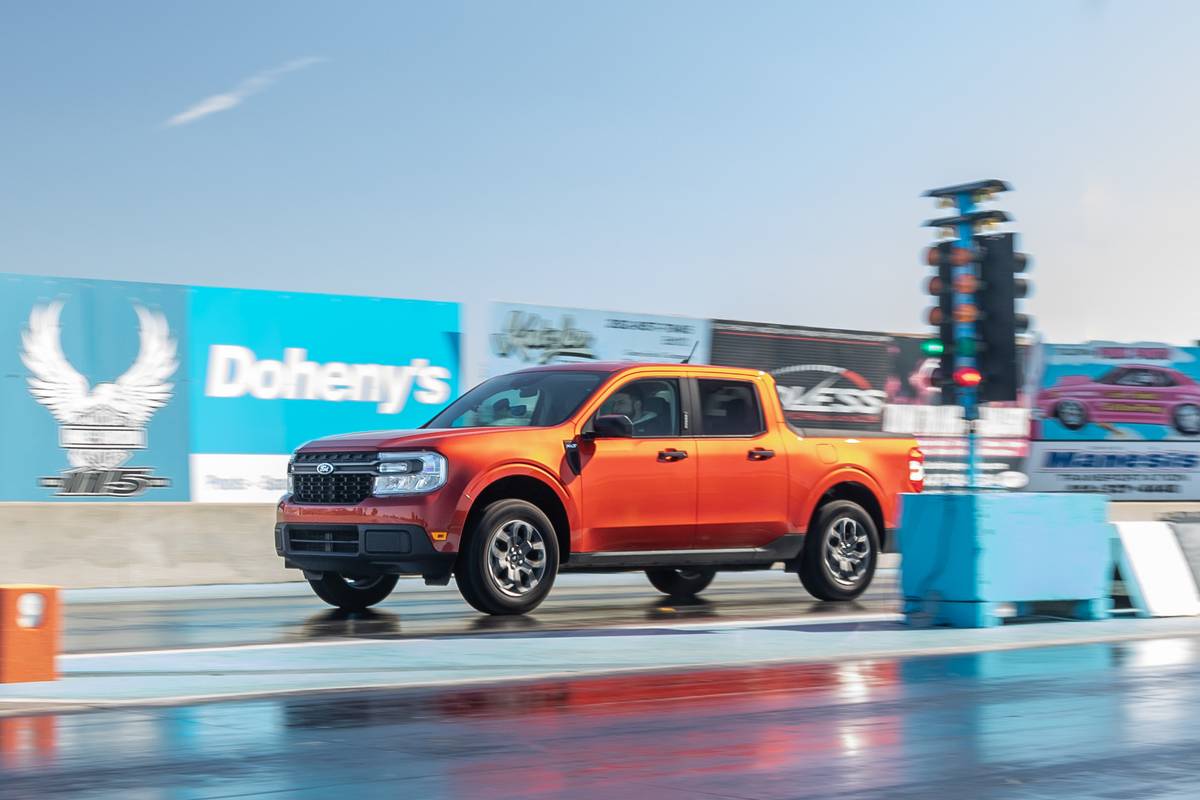 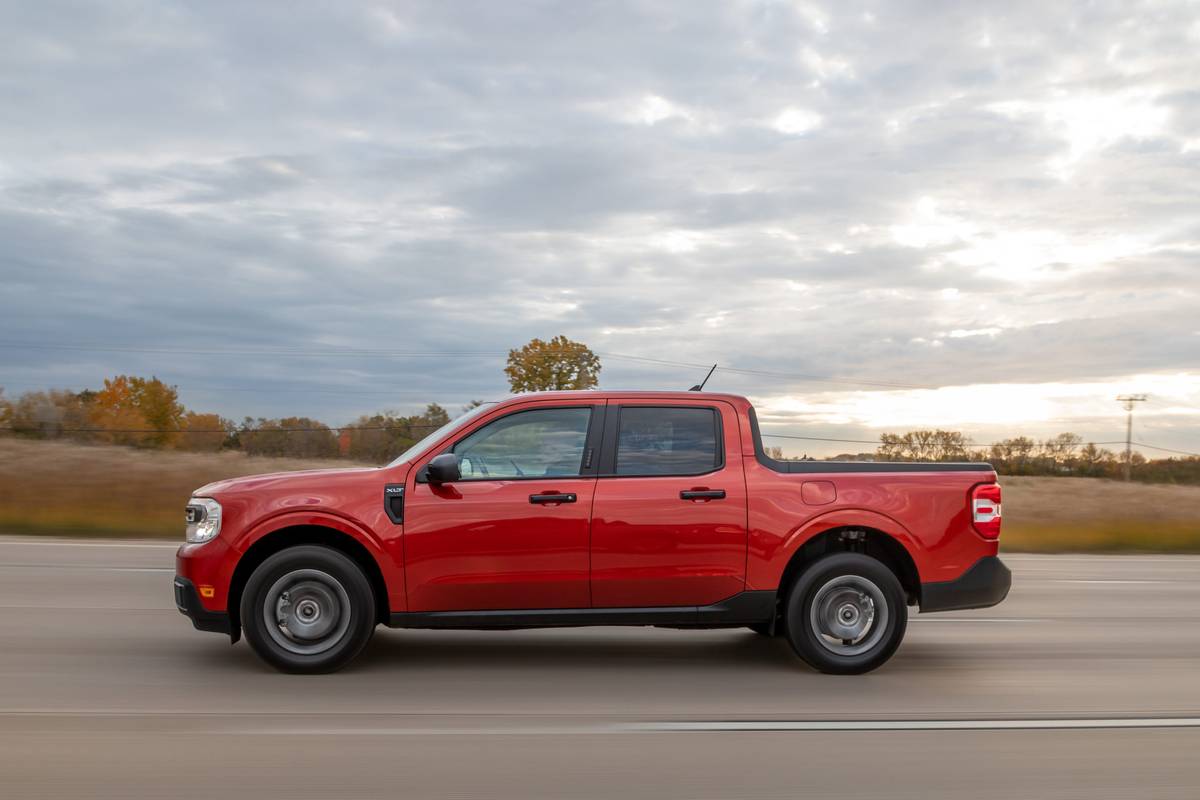 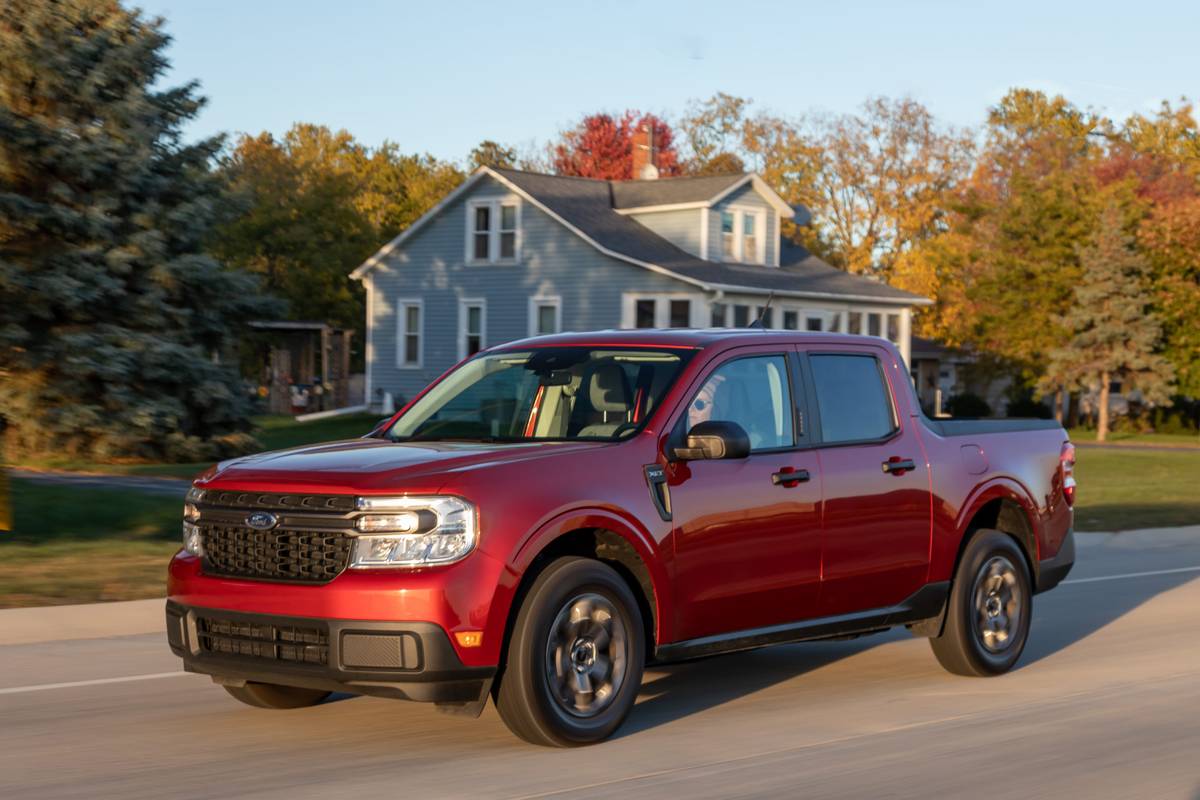 The hybrid’s drivetrain was noisier than the EcoBoost’s on our drive route, which consisted of a mix of interstates, rural roads and suburban streets. Neither truck has great ride quality unloaded, but I preferred the EcoBoost’s nonregenerative brakes, and its relative quickness proved useful for highway merging.

Which Maverick Should You Buy?

Cost is also less of a deciding factor than you might think. The Maverick is available in three trims (XL, XLT and Lariat), and for the XL and XLT, there’s no difference in price between the hybrid and EcoBoost drivetrains. For the Lariat, switching to the EcoBoost engine adds AWD, which adds $2,220 to the price. Both drivetrains can use regular gas but recommend premium for best overall performance, so there’s no fuel-requirement cost advantage, either.

However, if you want AWD (something that would have helped the Maverick EcoBoost in our testing) or a higher 4,000-pound maximum towing capacity that’s only available with AWD, you have to choose an EcoBoost model. Same goes for if you want the FX4 or Tremor off-road packages. These features give the Maverick additional capability, but if you’re just looking for a very fuel-efficient small truck that can haul a good-sized load now and then, the Maverick hybrid should meet your needs.