The 2022 Mercedes-AMG SL was developed from the ground up by Mercedes’ performance division and shares no components with the outgoing SL-Class, according to the automaker. The new SL roadster doesn’t completely abandon its rich history, however, and borrows elements from the original model that debuted in the 1950s. Two versions of the Mercedes-AMG SL will be offered at launch: the SL55 and more powerful SL63.

Read on for the most important details about the upcoming roadster.

The previous generation SL-Class was only available with rear-wheel drive, which can be a deal breaker for shoppers in cold or wet climates. The 2022 SL will come with all-wheel drive for the first time in the model’s history. The AMG Performance 4Matic Plus AWD system comes standard in both the SL55 and SL63. It offers fully variable torque distribution to the front and rear axles for improved traction and stability on rainy or snowy roads.

In addition to accommodating inclement weather, the new SL will also accommodate additional passengers with the return of a 2+2 seating configuration, an option that was last seen in 1989.  The second-row seats will only be practical for children or short adults, however — the automaker says there is enough space for passengers less than 5 feet tall.

An Active Ride Control suspension with front axle lift is a first for AMG vehicles. The system comes standard in the 2022 SL63 and is optional for the SL55. The new suspension replaces traditional anti-roll bars with hydraulic elements for improved steering, load change and driver feedback. According to Mercedes, cornering stability and precision is improved along with ride comfort when driving in a straight line and over bumps. An optional front axle lift allows the front end to lift by 1.2 inches to make driving up steep grades or speed bumps easier.

4. It Marries Past With Future

Although the 2022 SL is all-new, it retains features that honor its heritage and racing roots. Exterior elements, like a long wheelbase, short overhangs and long hood with power bulges, along with a 14-slat grille, are borrowed from the roadster’s past. The convertible also trades a power-folding hardtop found in the previous generation for a lighter and more aerodynamic soft-top that can, Mercedes says, be opened or closed in about 15 seconds and operates at speeds of up to 37 mph.

Mercedes says the 2022 SL’s interior was inspired by the original 300 SL: minimalistic with high-quality materials, such as Nappa leather trim on the AMG performance seats. The new SL features what the automaker calls a “hyper analogue” cockpit, which blends traditional elements like its four “turbine” nozzles with modern features like the integrated, fully digital instrument cluster and the latest version of Mercedes’ MBUX multimedia system that can be accessed through an 11.9-inch adjustable touchscreen.

The 2022 Mercedes-AMG SL will arrive in the first half of 2022, with pricing expected to be announced closer to the on-sale date. 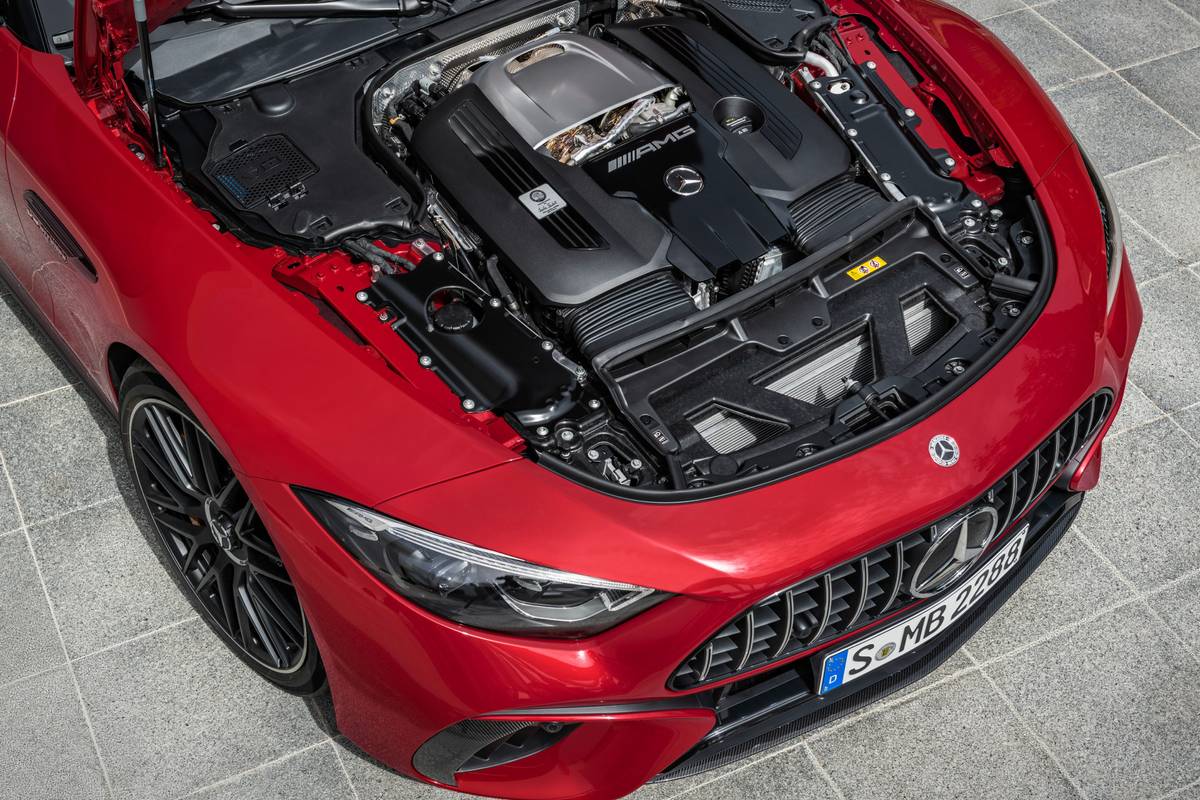 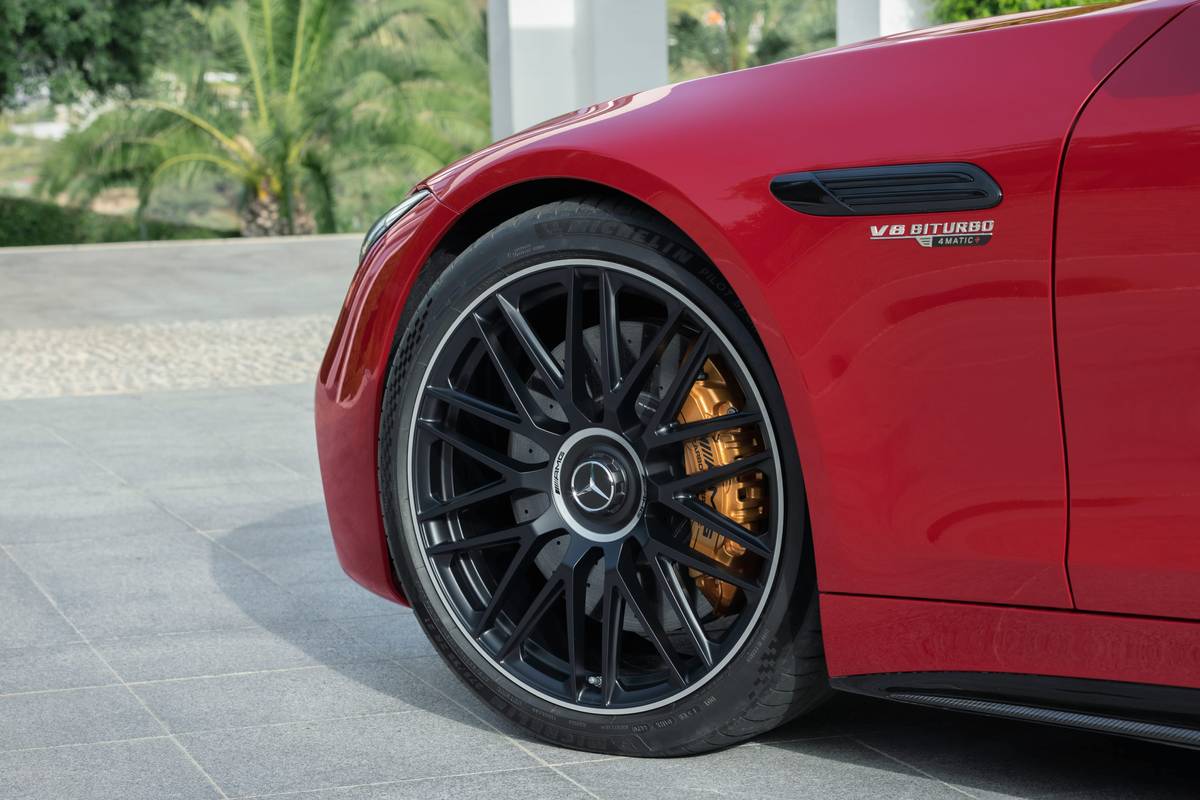 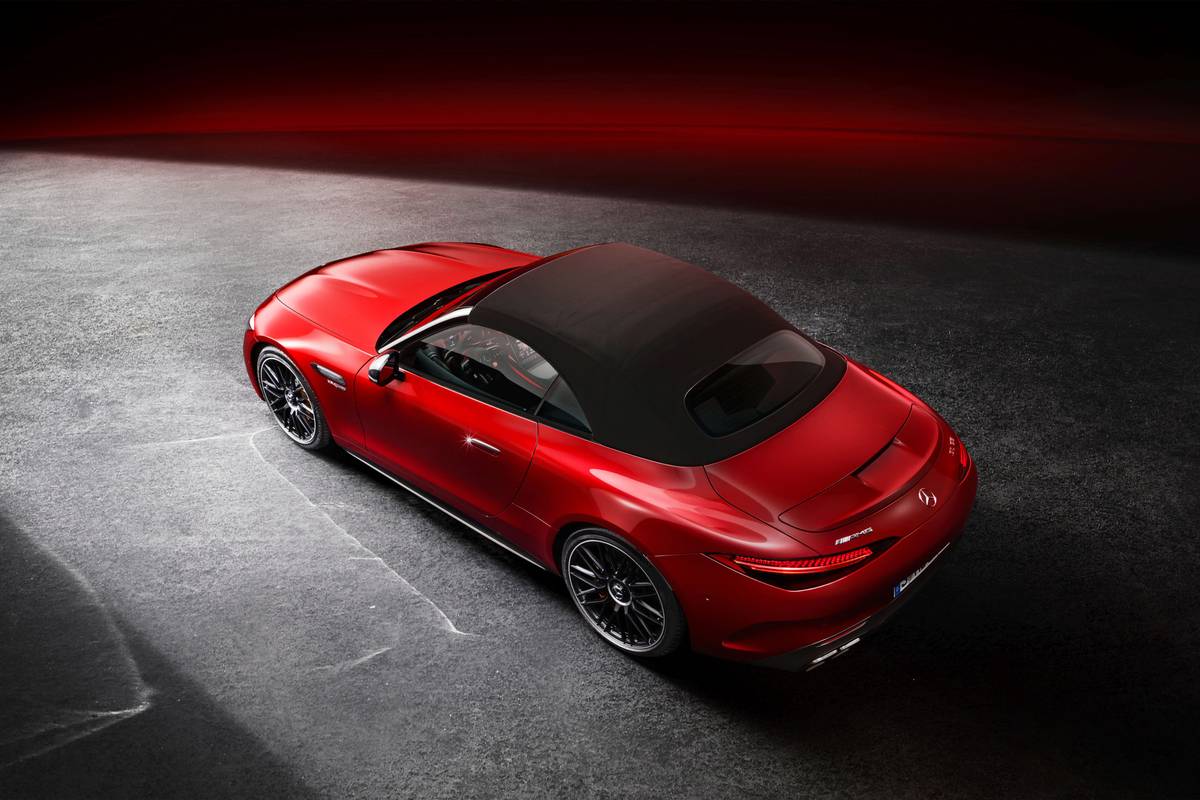 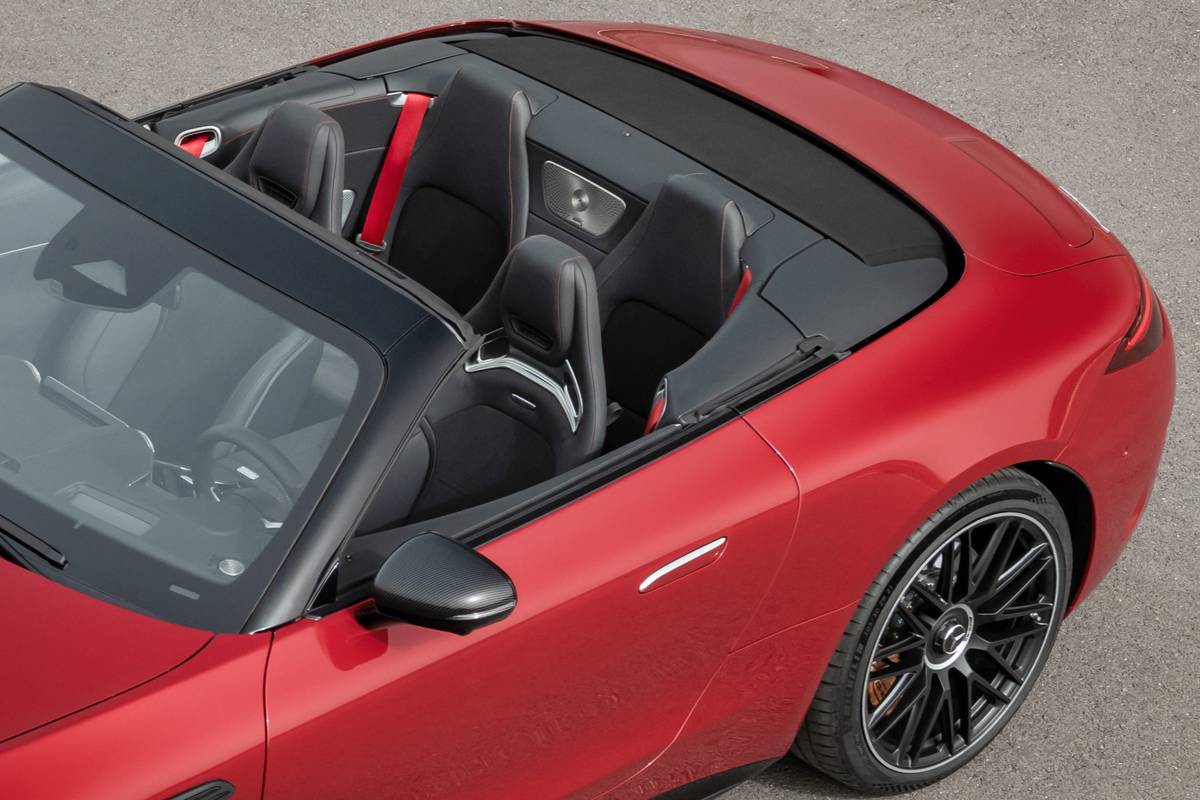 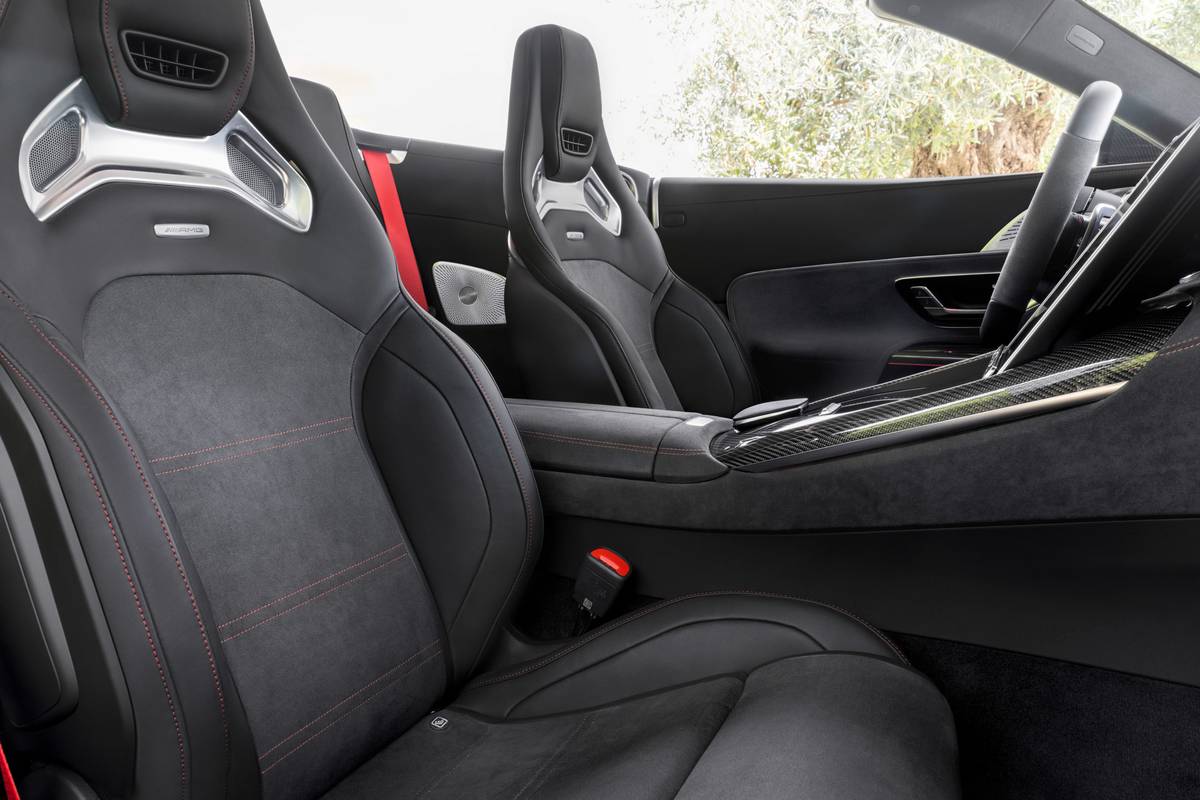 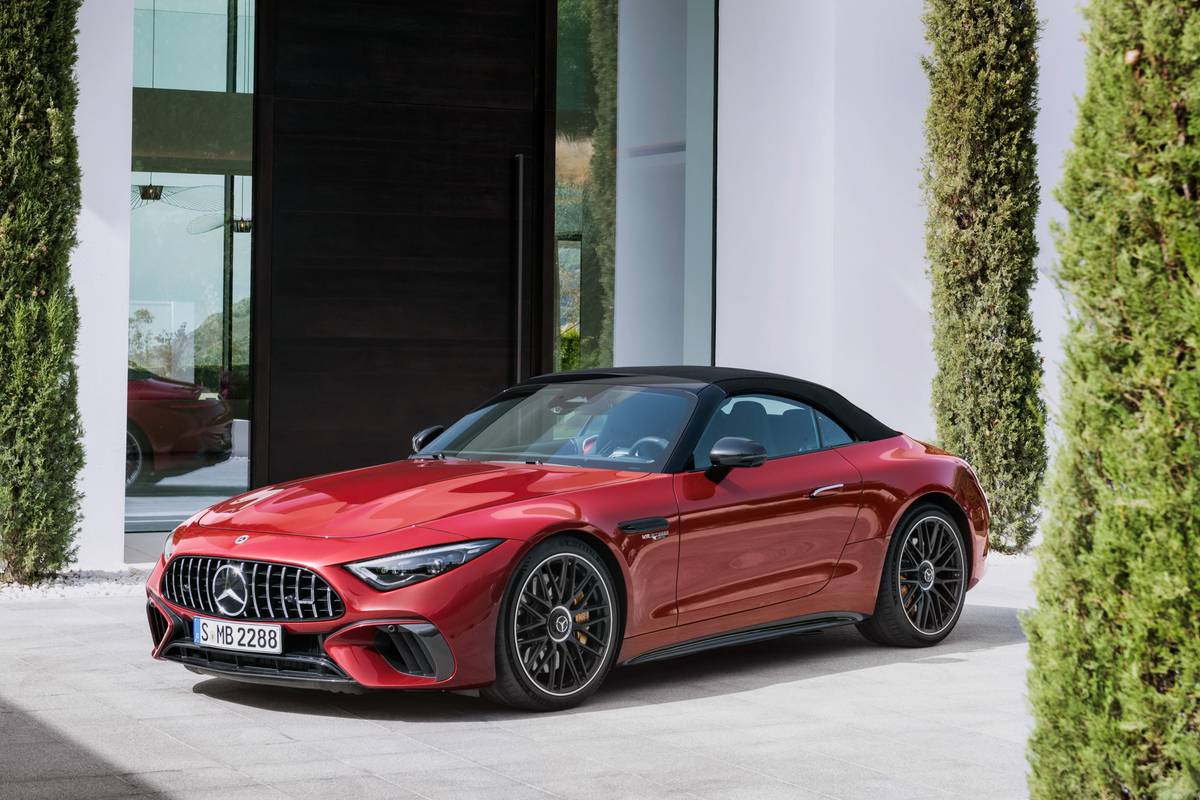 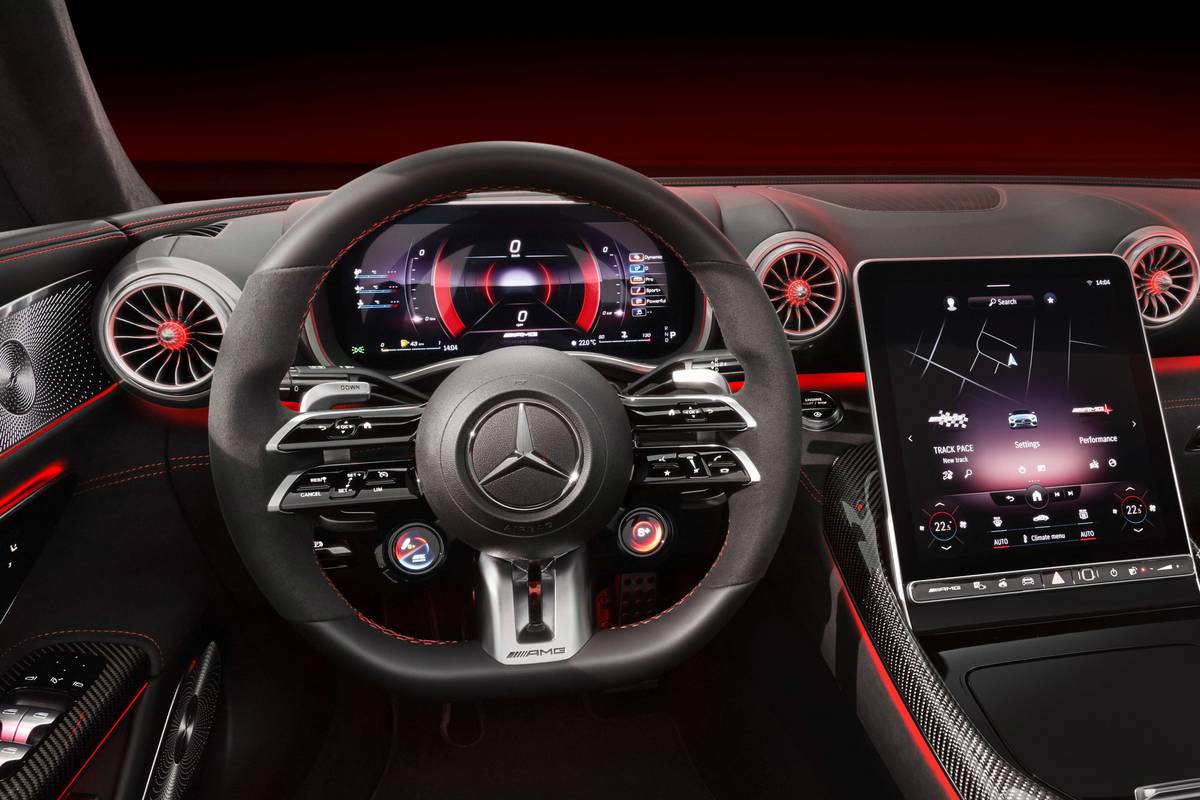 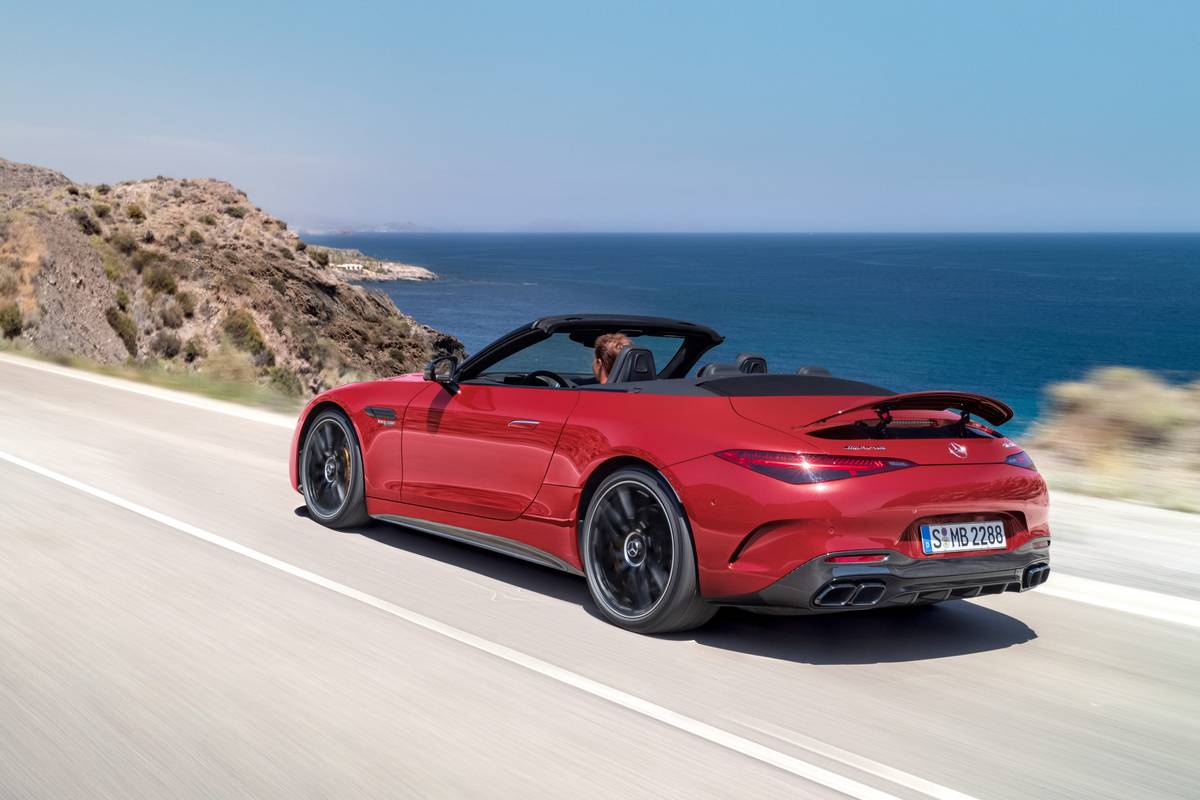 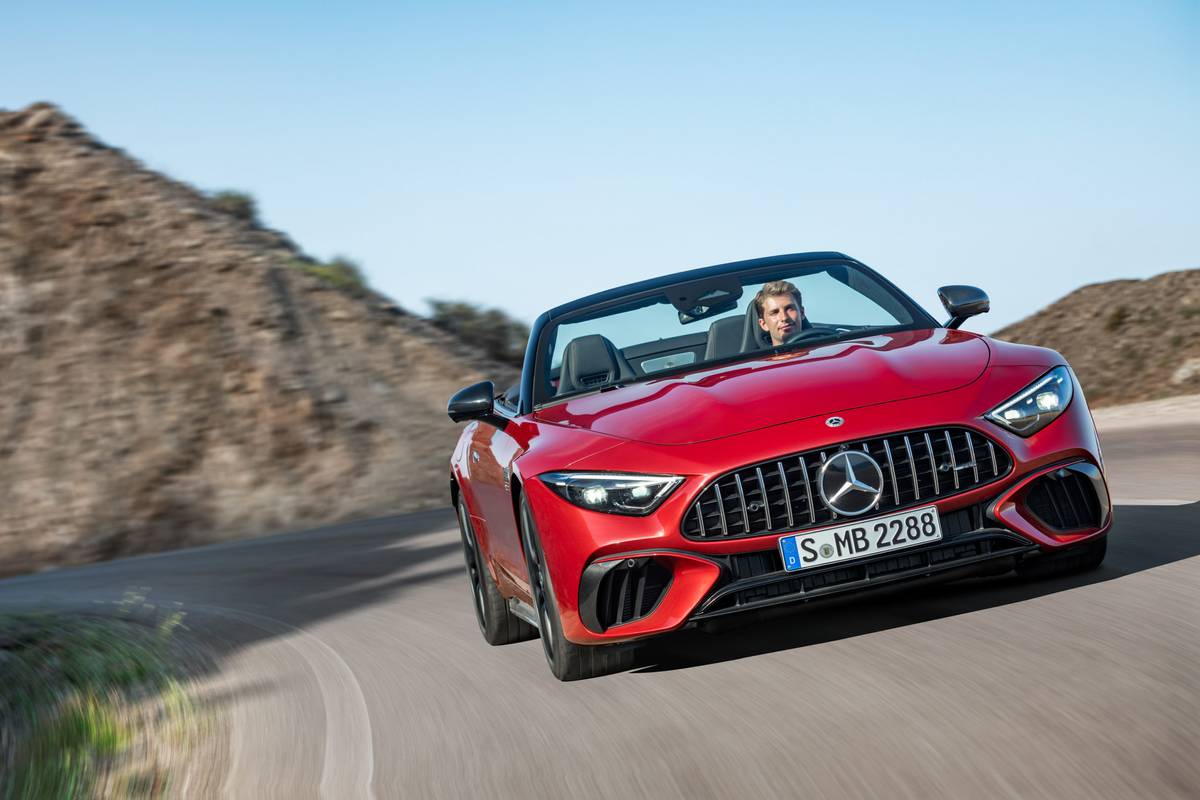 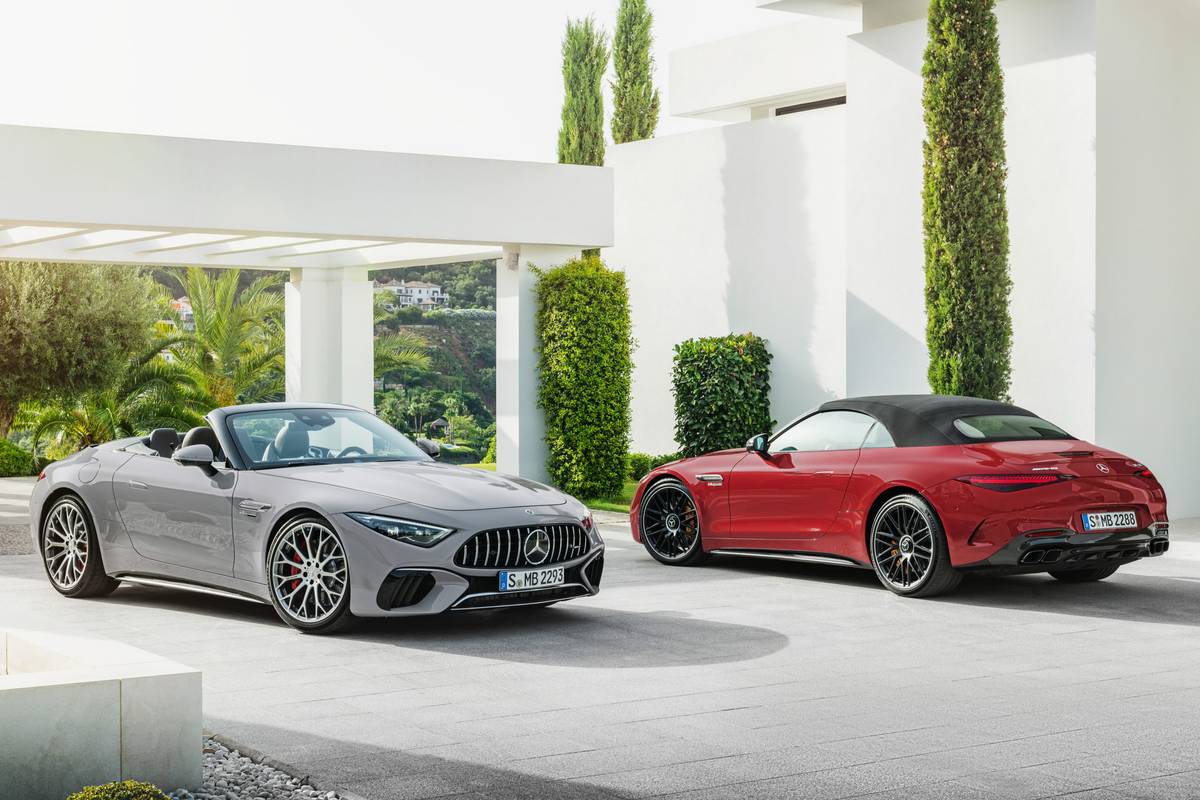 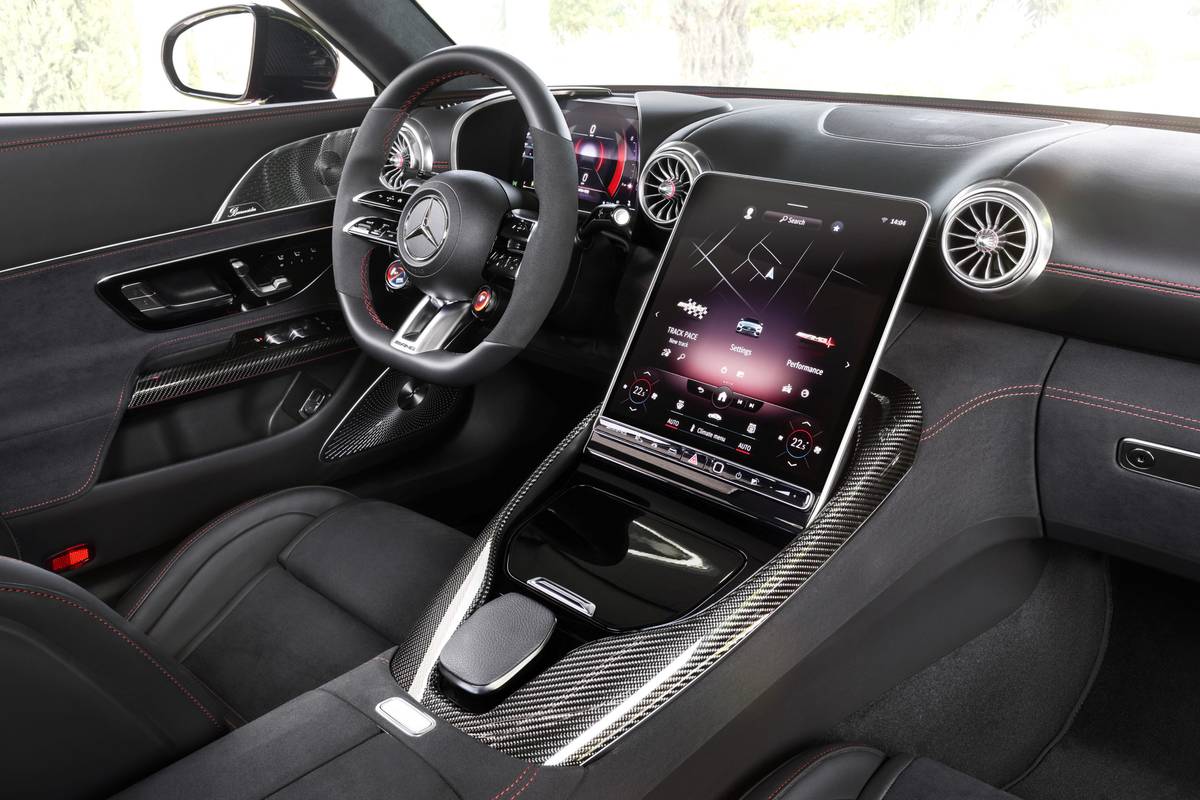 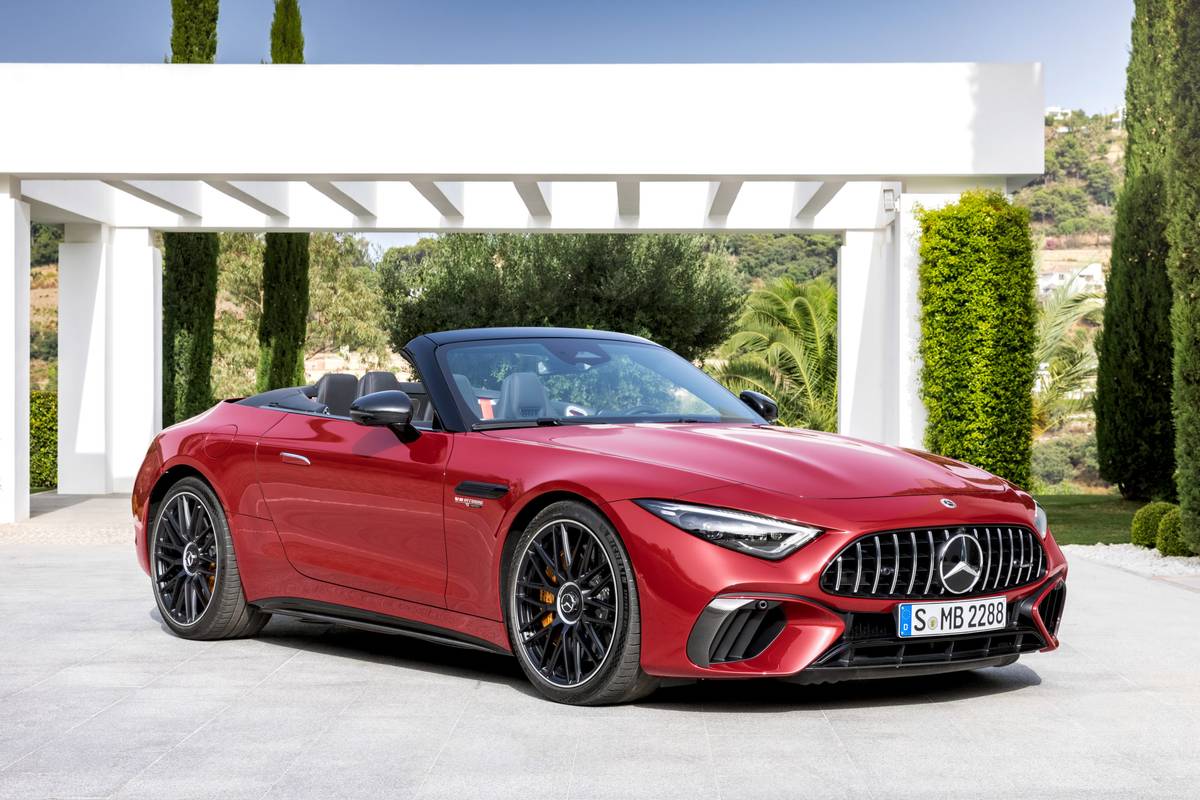 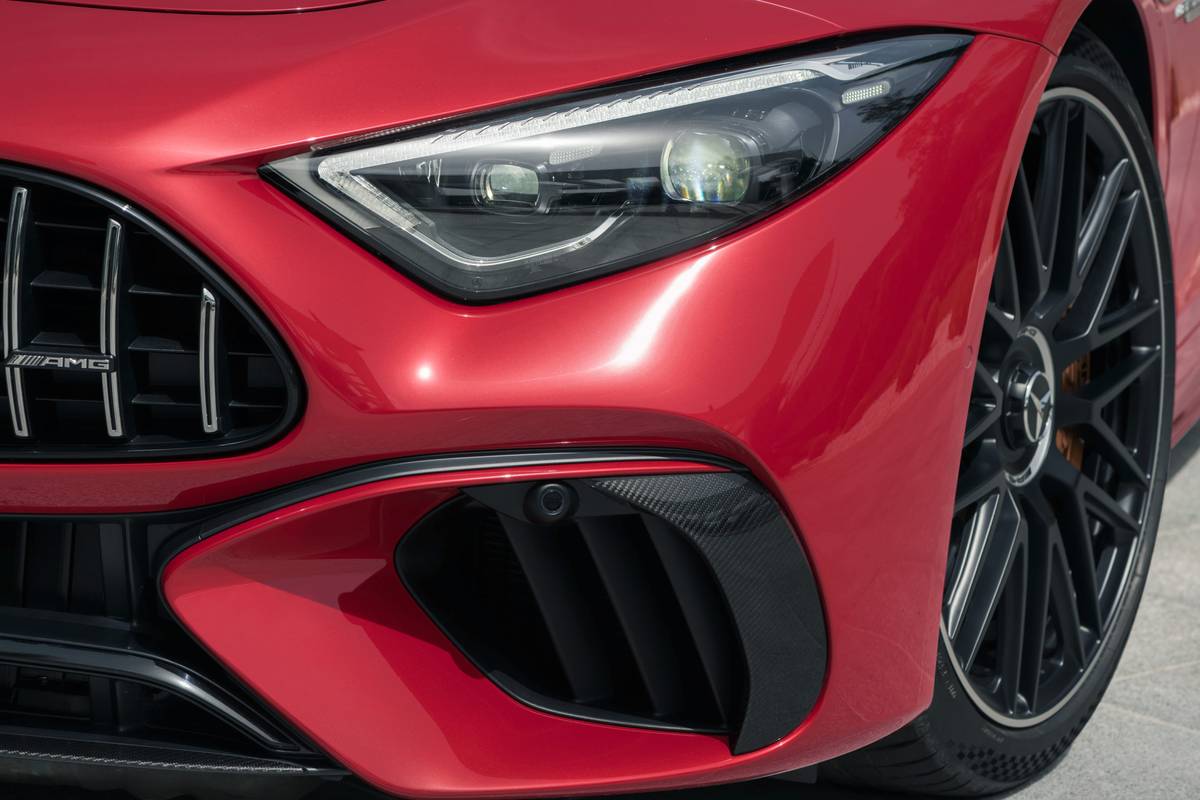 November 5, 2021
News
Get Plugged Into Cars.com’s Guide for the EV Curious