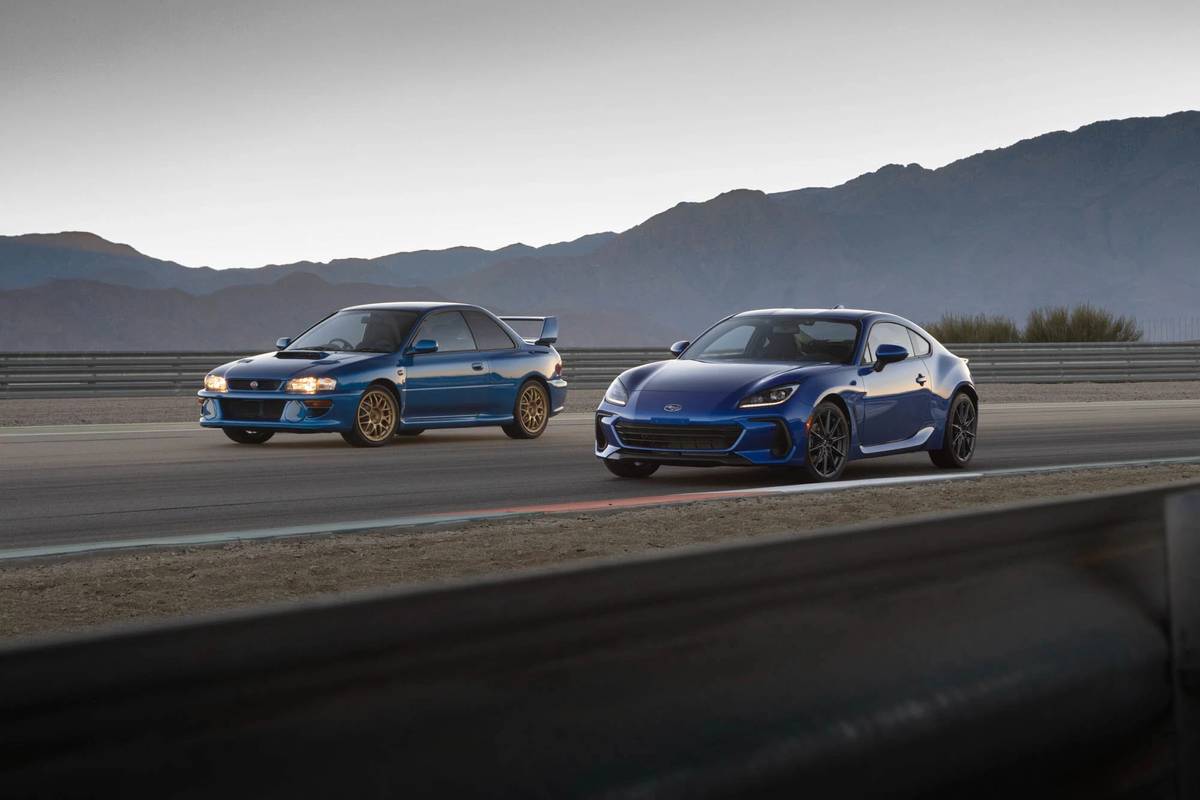 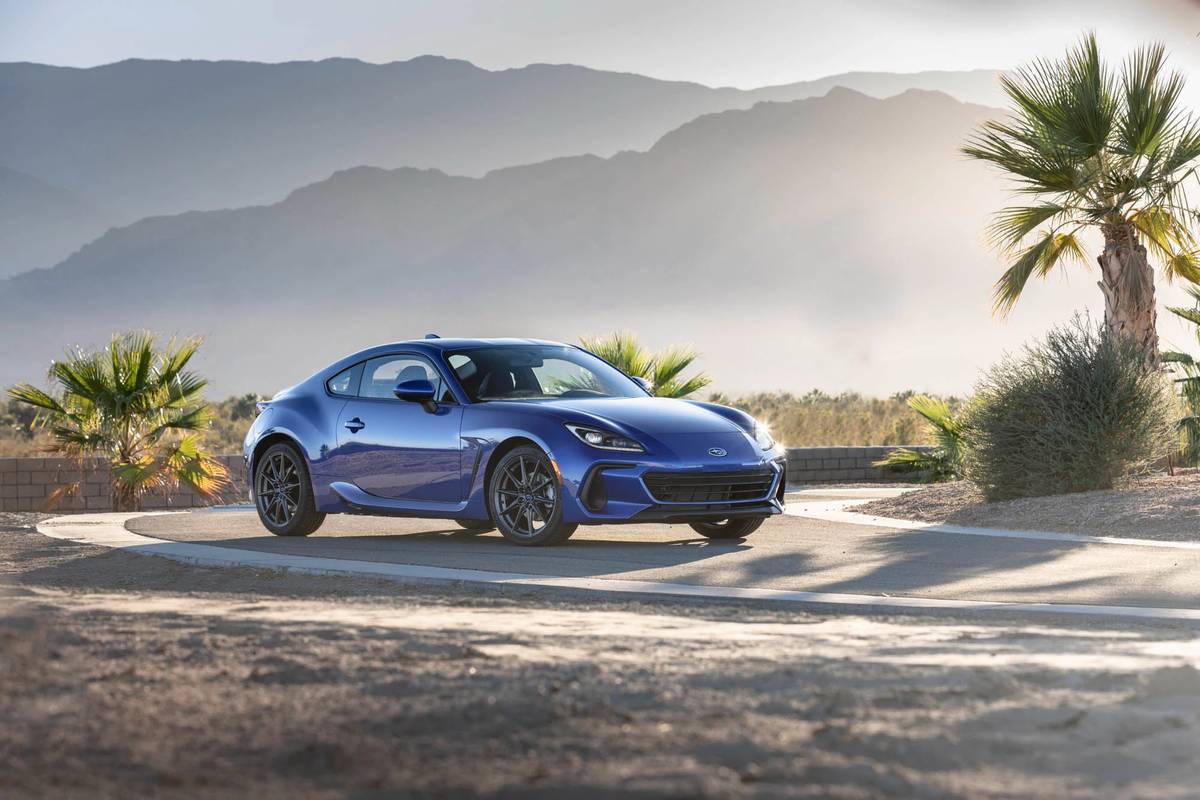 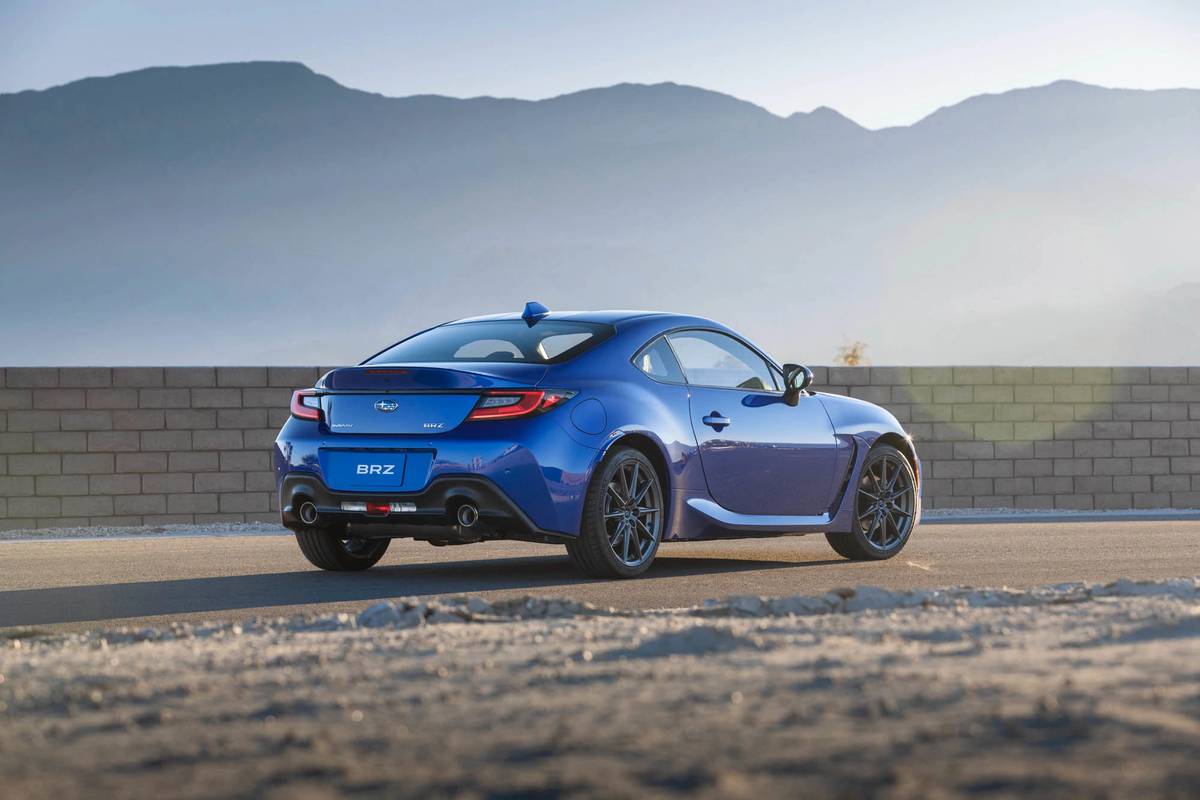 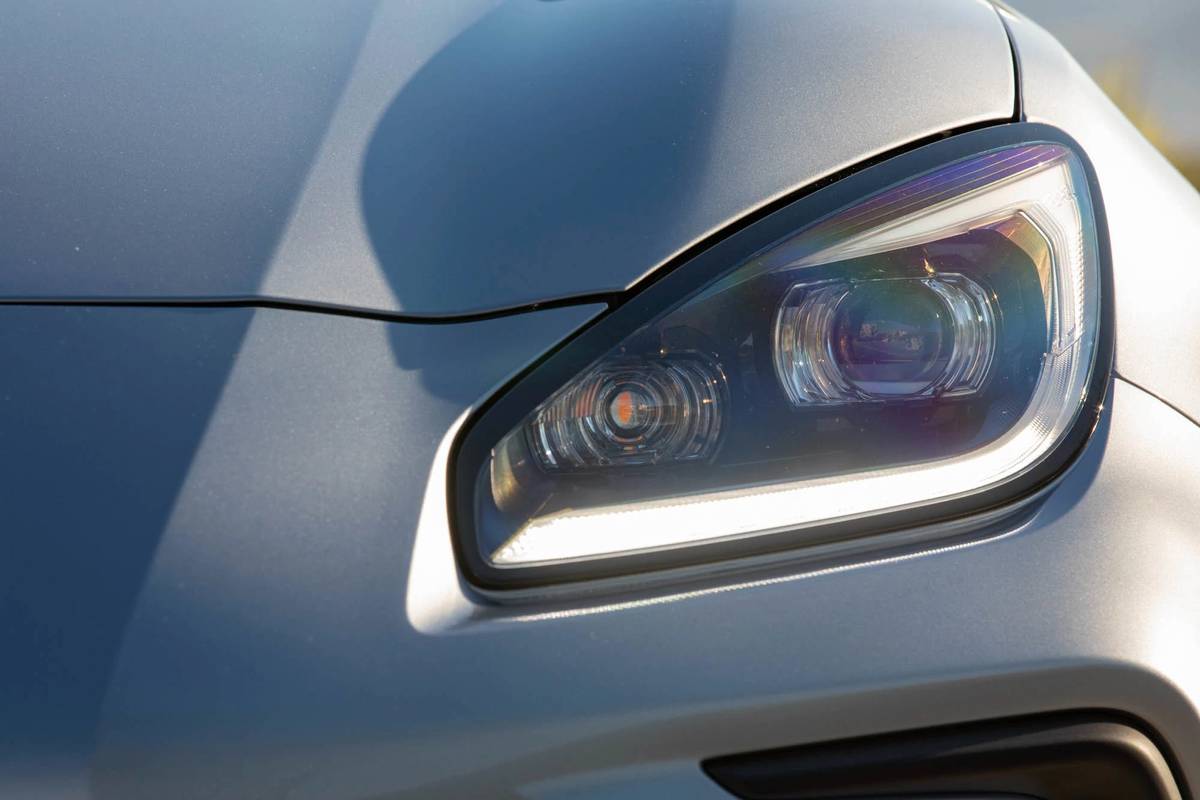 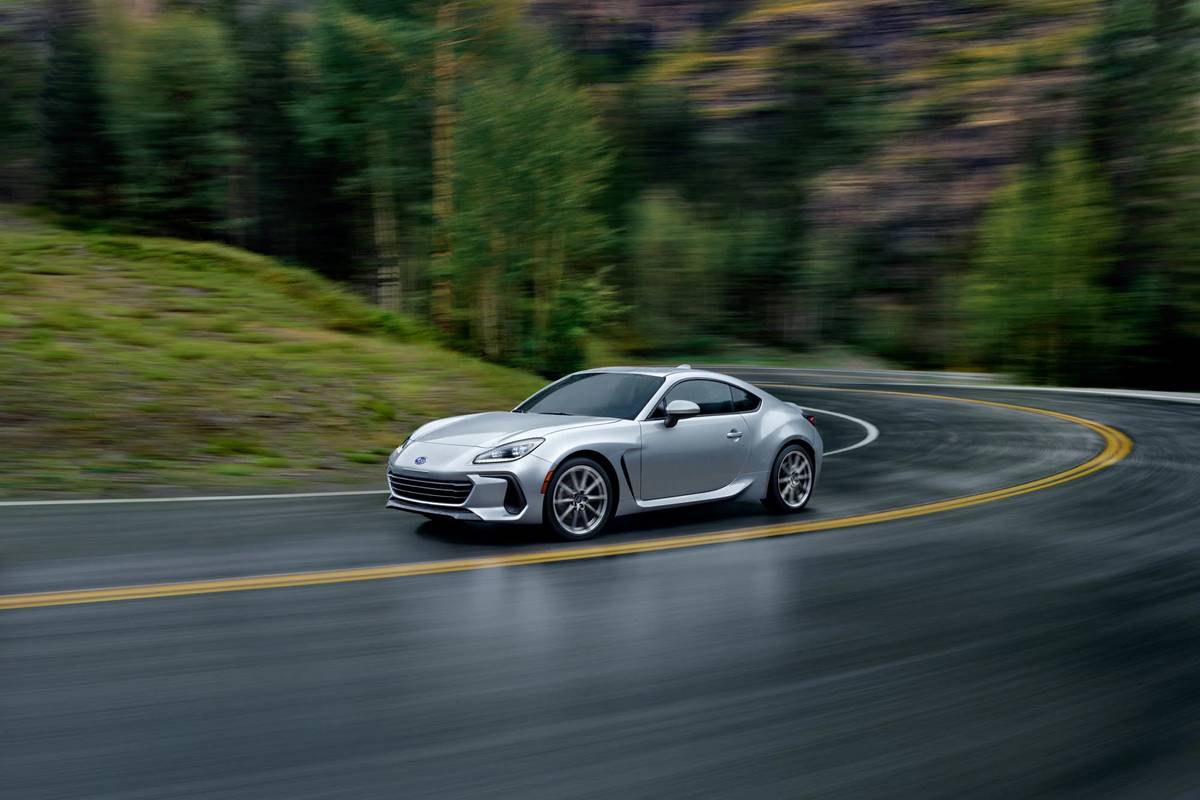 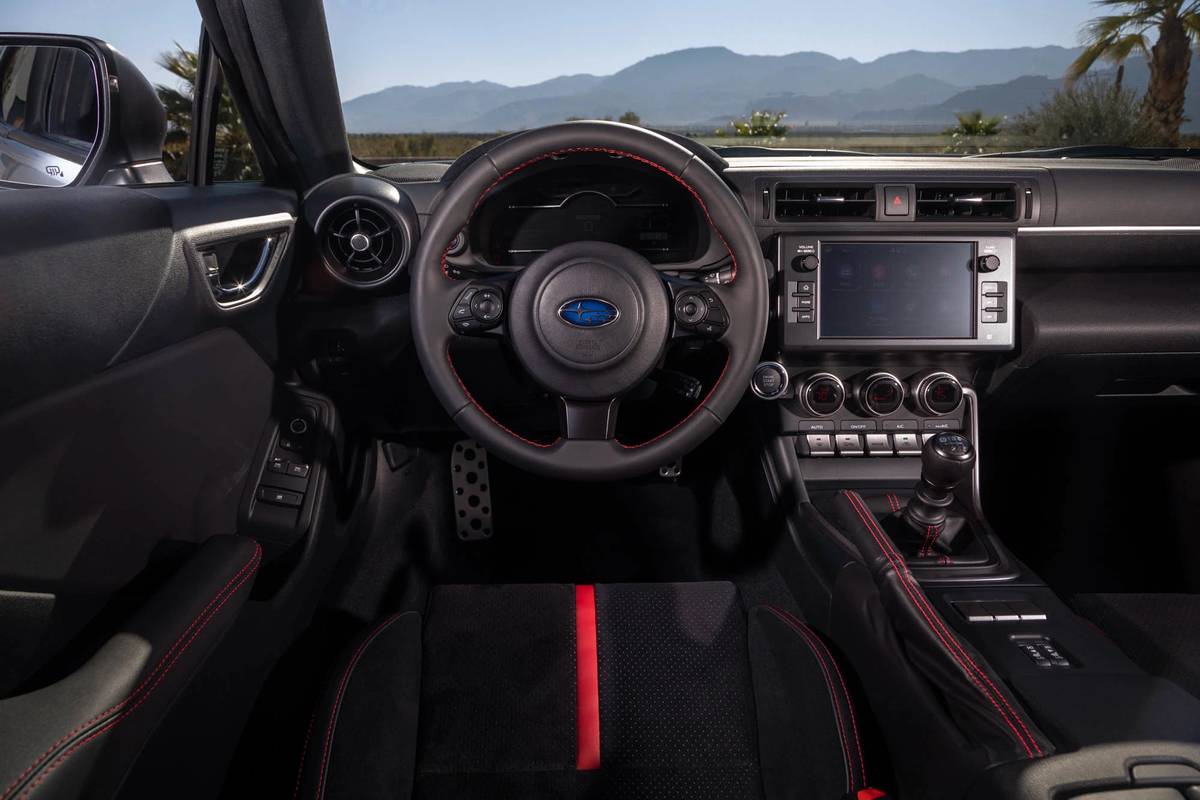 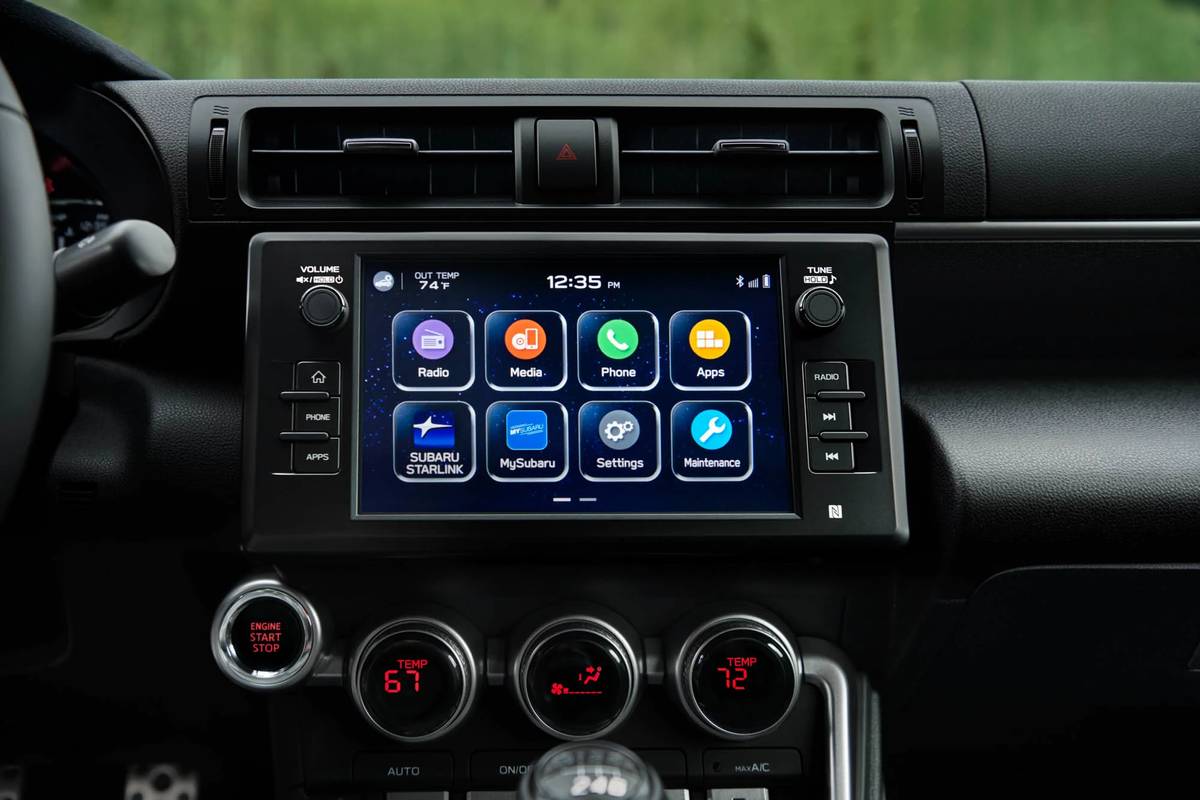 Looks like: The BRZ wears new styling that Subaru says is aggressive but functionally aerodynamic

We have a soft spot for Subaru’s BRZ sports coupe — the car jointly took home our Best of 2013 award — and now it looks like we’ll have a few more reasons to like it. Subaru today revealed a redesigned 2022 BRZ with additional power, aggressive styling and a more modern cabin. (Toyota has a related car in the 86, formerly the Scion FR-S, built under a joint venture with Subaru, with a redesign on that side rumored soon.)

Subaru says the new BRZ sports a modern design that’s focused on aerodynamic functionality. The coupe is about an inch longer and half an inch lower than the previous version. The most dramatic addition to its face are huge functional air intakes under sleeker headlights. Other design highlights include a lower grille with more-pronounced fenders, large functional side vents and a roofline with a double-bubble design, which Subaru says recalls vintage racing cars.

The BRZ’s aggressive look continues out back with large rear fenders, dual exhaust ports and an upturned spoiler. The car will come in Premium and Limited trim levels, with the Premium riding 17-inch aluminum-alloy wheels and the Limited getting 18s.

The BRZ again has a small, two-position rear seat. New this year is a customizable 7-inch digital gauge cluster with the tachometer and digital speedometer readout, which sits ahead of the driver. There’s also a programmable meter that can show amps, water temperature or a G-force meter.

Front and center on the dash is an 8-inch version of Subau’s Starlink touchscreen, with Apple CarPlay and Android Auto compatibility.

The big news under the hood is more power. The 2022 BRZ uses a new, naturally aspirated 2.4-liter boxer four-cylinder engine good for 228 horsepower, up from the 2020’s 2.0-liter that made 205 hp in tS trim. Subaru says the engine redlines at 7,000 rpm and sees a 15% increase in torque compared with the previous engine. A six-speed manual transmission is again standard; a six-speed automatic with a new Sport mode is available. Sport mode optimizes the BRZ for more aggressive driving by allowing for more rapid downshifts with automatic throttle-blipping. Subaru says the system also uses yaw sensors to hold a lower gear during hard cornering.

The BRZ again rides a rear-wheel-drive platform — which has been strengthened for 2022 — and Subaru says the front suspension wears custom-designed MacPherson-type struts that should improve handling and ride quality. The horizontally opposed engine’s lower placement in the chassis gives the coupe a lower center of gravity than the outgoing BRZ, which should also improve handling over what was already a dynamic car.

The coupe’s vehicle stability control system has also been updated with track driving in mind. The automaker says it now allows for more input from the driver before it activates; it can also be fully deactivated.

Subaru has not yet released a full list of standard and available features, but it said vehicles equipped with the six-speed automatic transmission get the automaker’s EyeSight driver-assist technology.