Audi just couldn’t resist, could it? Following the trends started by BMW and Mercedes-Benz to coupe-ify their SUVs, Audi built the Q8 and added a Sportback variant to its E-Tron. Now the hatchet has come for the cargo areas in the Q5 and SQ5.

Related: 2021 Audi Q5 Doesn’t Mess Much With a Good Thing

Like their E-Tron Sportback sibling, the 2021 Q5 and SQ5 Sportbacks get the aforementioned suffix to indicate their increased sportiness, if decreased utility. And like rival offerings, these versions are more expensive than their traditional SUV counterparts. Audi will include extra goodies with the Sportbacks, however.

Besides shorter roofs and plunging rooflines, the Q5 and SQ5 Sportbacks differentiate themselves from their traditional-SUV counterparts by including a standard S Line appearance package, which gives a more aggressive look. Roof rails are also gone, and Sportback models also get standard 19-inch five-spoke “double arm” wheels. 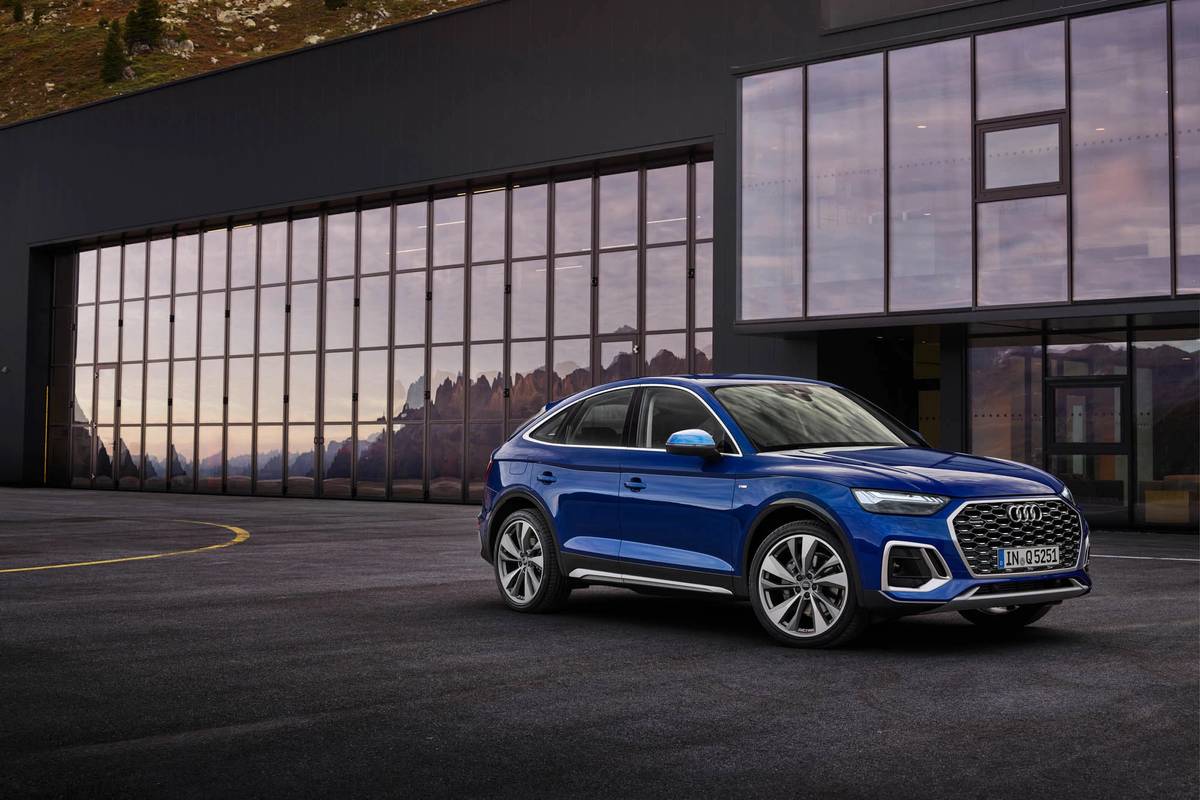 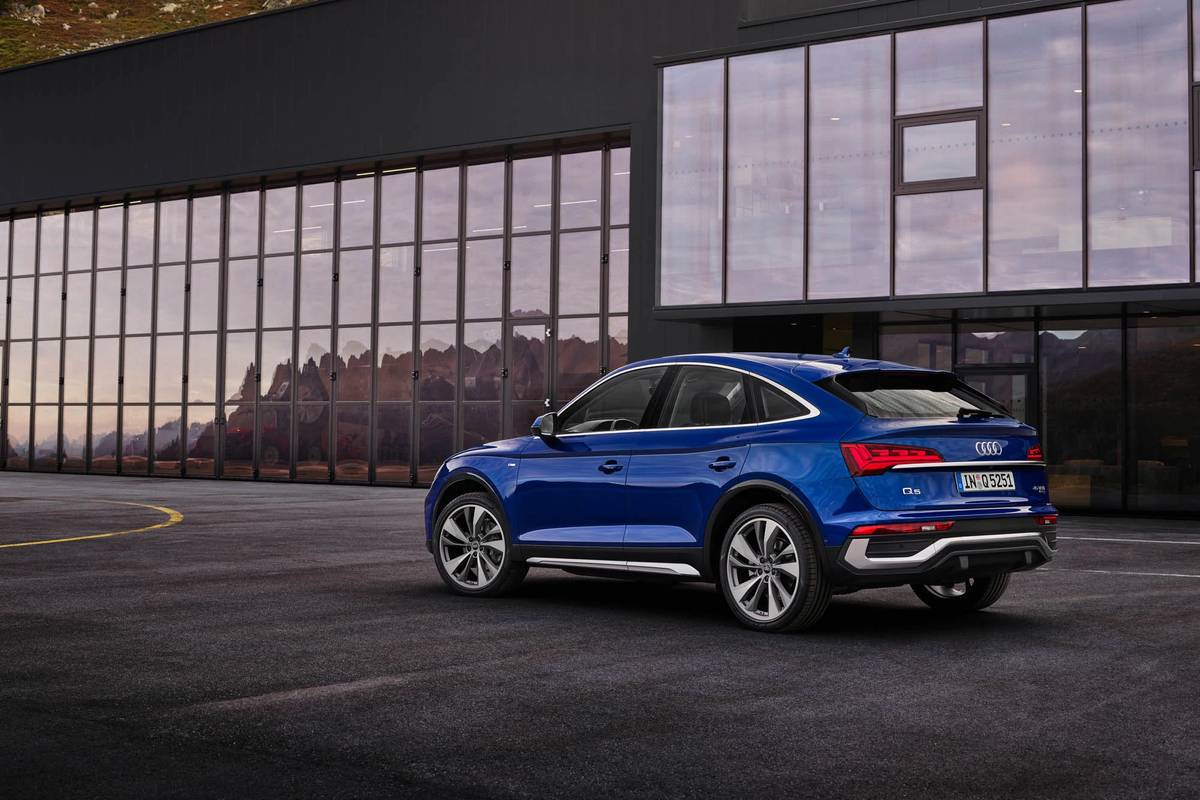 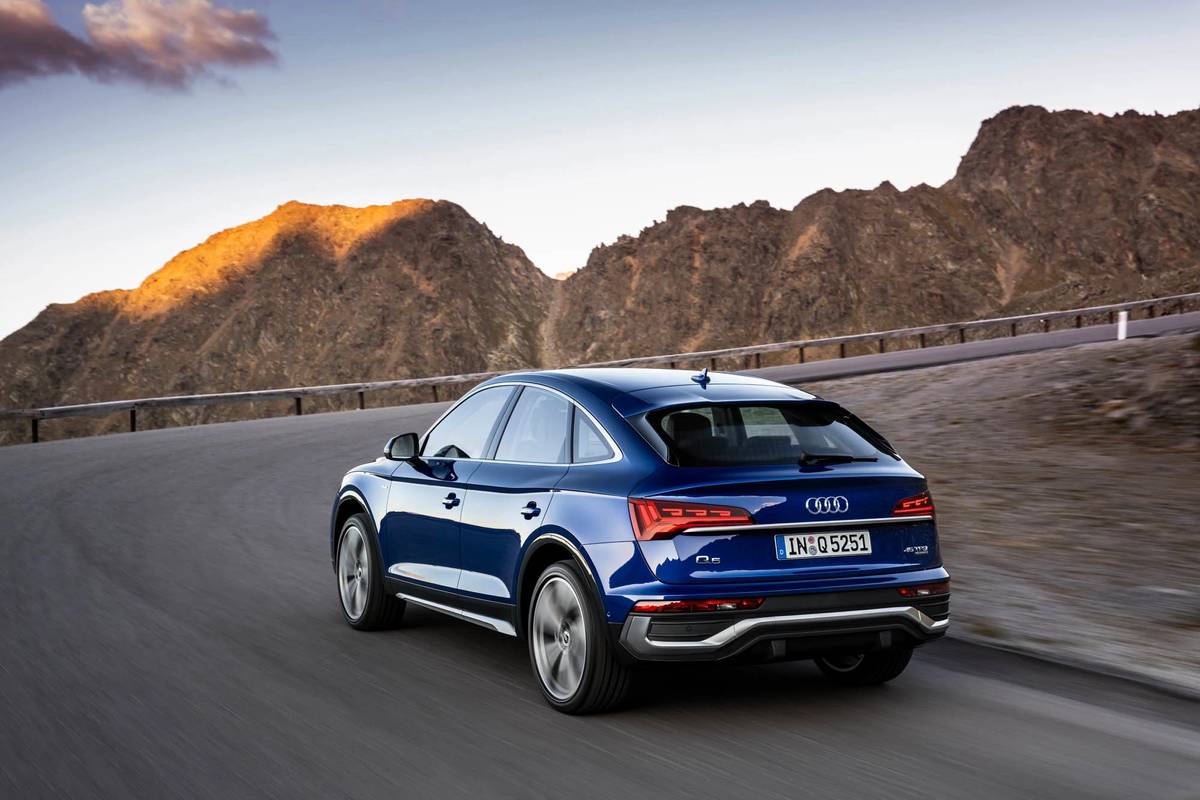 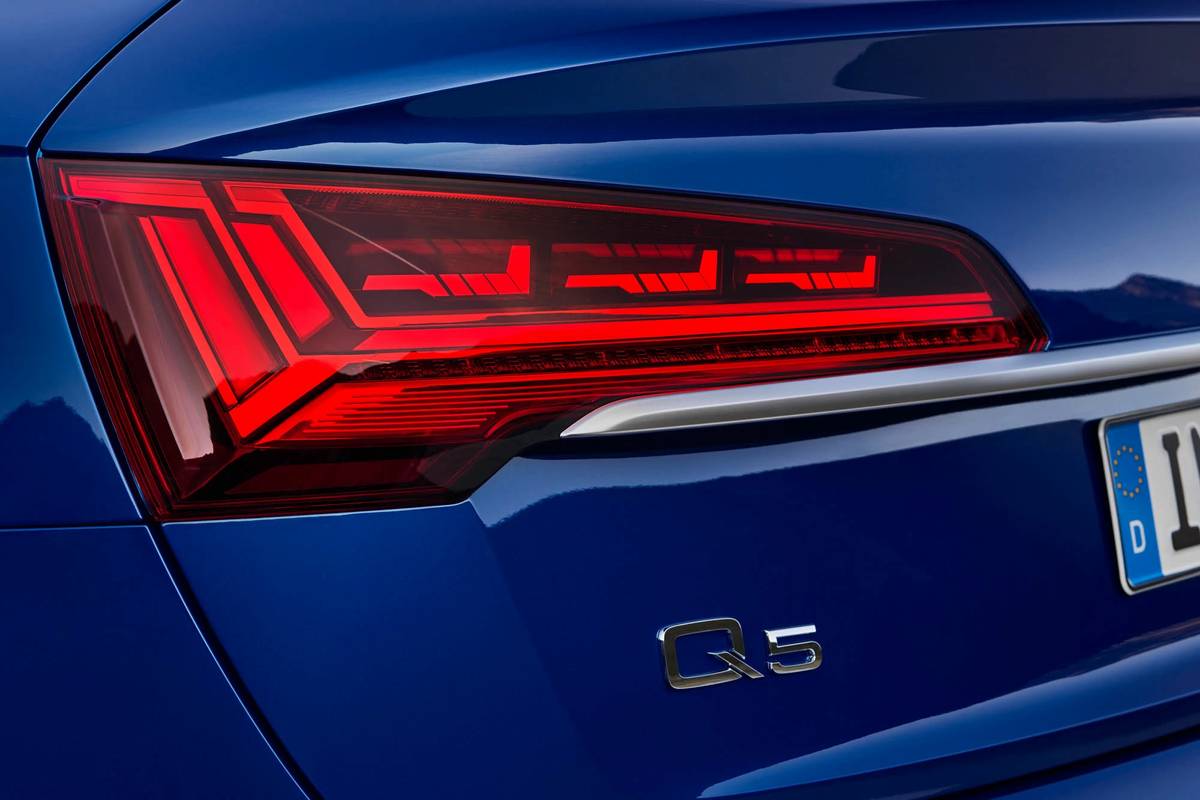 Also standard on the Sportbacks are front sport seats, a panoramic moonroof, black headliner and natural wood accents in a grayish brown birch. A 10.1-inch touchscreen with Audi’s MIB 3 software includes standard Apple CarPlay and Android Auto, and technophiles can also upgrade the gauge cluster to the 12.3-inch fully digital Audi Virtual Cockpit. In the SQ5, the digital cluster even defaults to the Sport mode display instead of Classic mode to drive home its extra performance capabilities. A Bang & Olufsen premium stereo is also available.

Cargo space is less than the Q5 and SQ5, naturally, though not as disparate as one might think — at least, according to Audi’s measurements. Audi says the Sportbacks have 24.7 cubic feet of cargo room with the backseat up and 51.9 cubic feet with the seats folded. Compare that to the Audi-measured 25.6 behind the second row and 53.5 cubic feet of maximum volume in the regular Q5 and SQ5, respectively, when equipped with a moonroof (slightly more without). Shoppers deciding between the regular SUV and the Sportback would be wise to verify that either cargo area meets their needs prior to purchase. 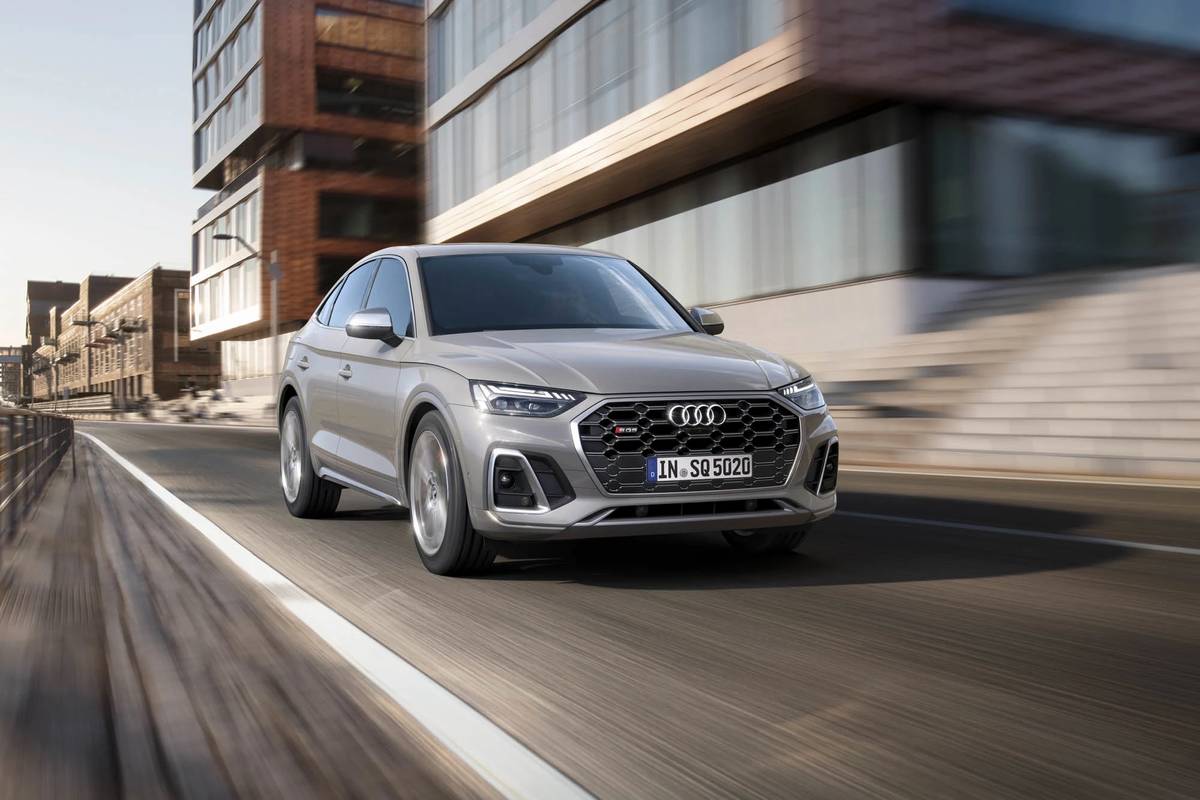 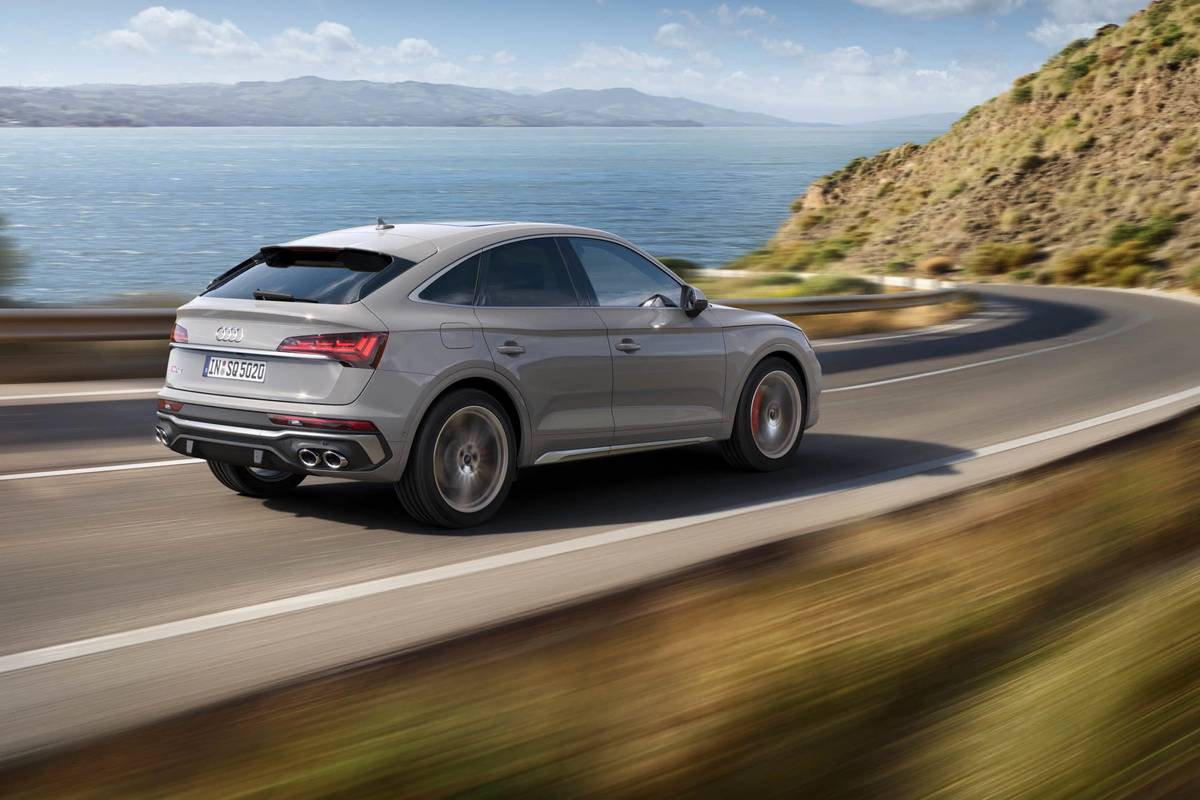 Engine sizes and transmission choices carry over from the SUVs, but the Q5 Sportback’s standard turbo 2.0-liter four-cylinder gets 13 extra horsepower for a total of 261. The 273 pounds-feet of torque remains the same as the Q5 SUV, and power hits all four wheels via a seven-speed dual-clutch automatic transmission. That’s good enough for what Audi calls a class-leading 5.7-second 0-60-mph sprint.

The SQ5 Sportback’s power figures are identical to the SQ5 SUV, at 349 hp and 369 pounds-feet from its turbo 3.0-liter V-6. It uses the same eight-speed automatic transmission to send power to all four wheels. That shaves a whole second off the Q5 Sportback’s 0-60 time, hustling the SUV there in a manufacturer-estimated 4.7 seconds.

Full pricing for the new Sportback lineup is as follows:

Do You Need an All-Wheel-Drive Minivan?