Longer, wider and taller than the outgoing model, the redesigned Audi A3 sedan will be making its way to our shores later this year or early next year following its expected arrival in European dealerships in the summer. The new A3 boasts upscale standard technologies like a fully digital gauge cluster and a 10.1-inch touchscreen multimedia system.

Related: 2020 Audi S4 Review: Lost in the Shuffle or Ready to Hustle? 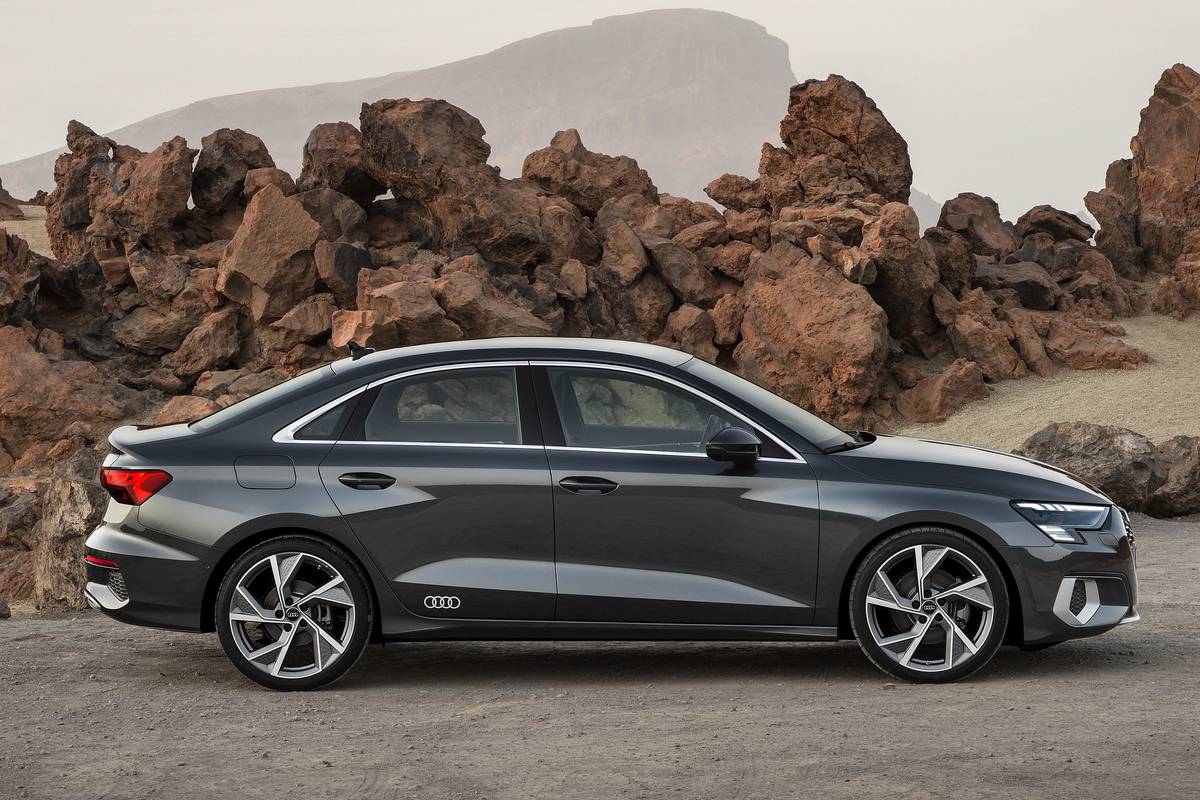 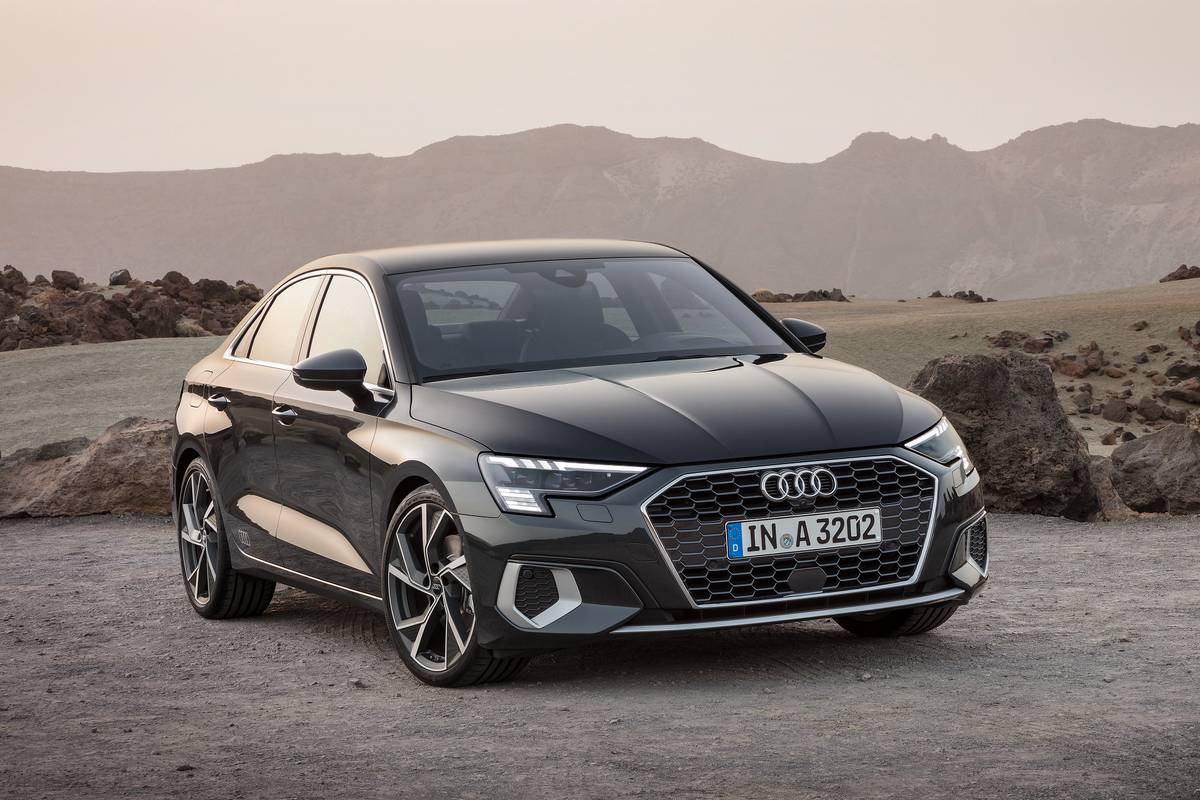 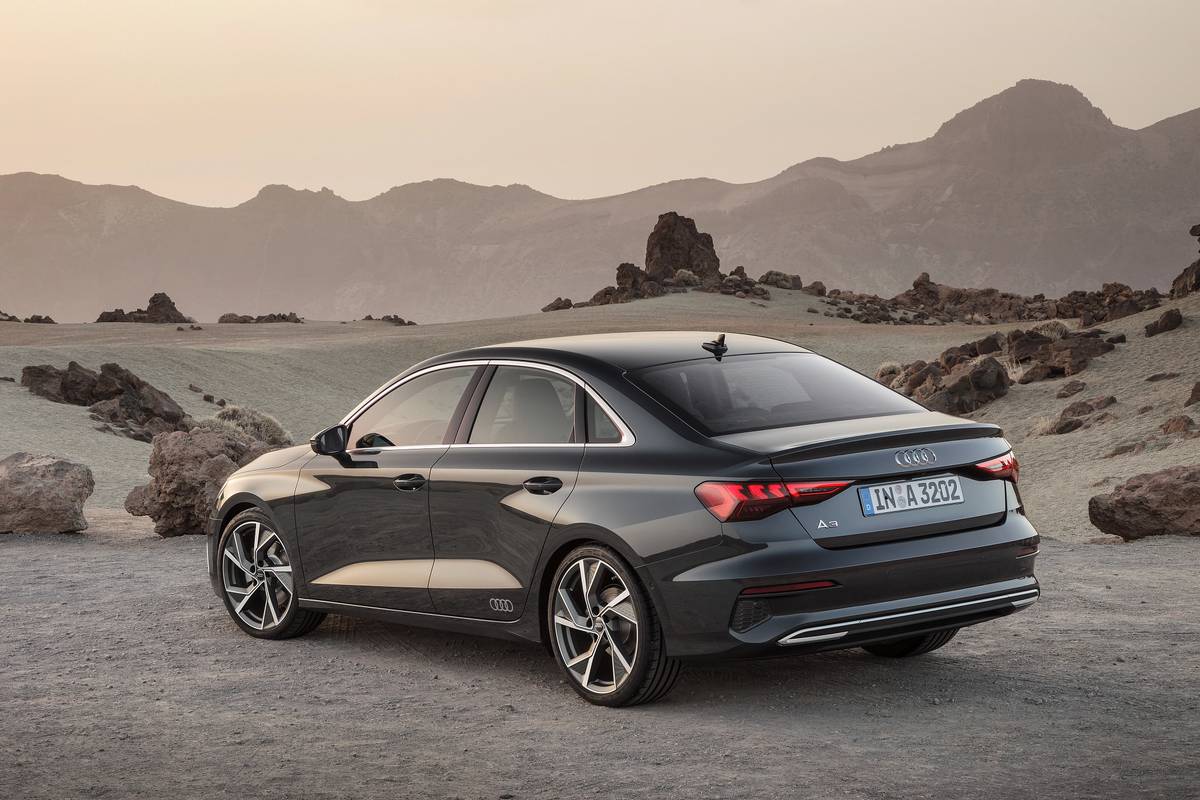 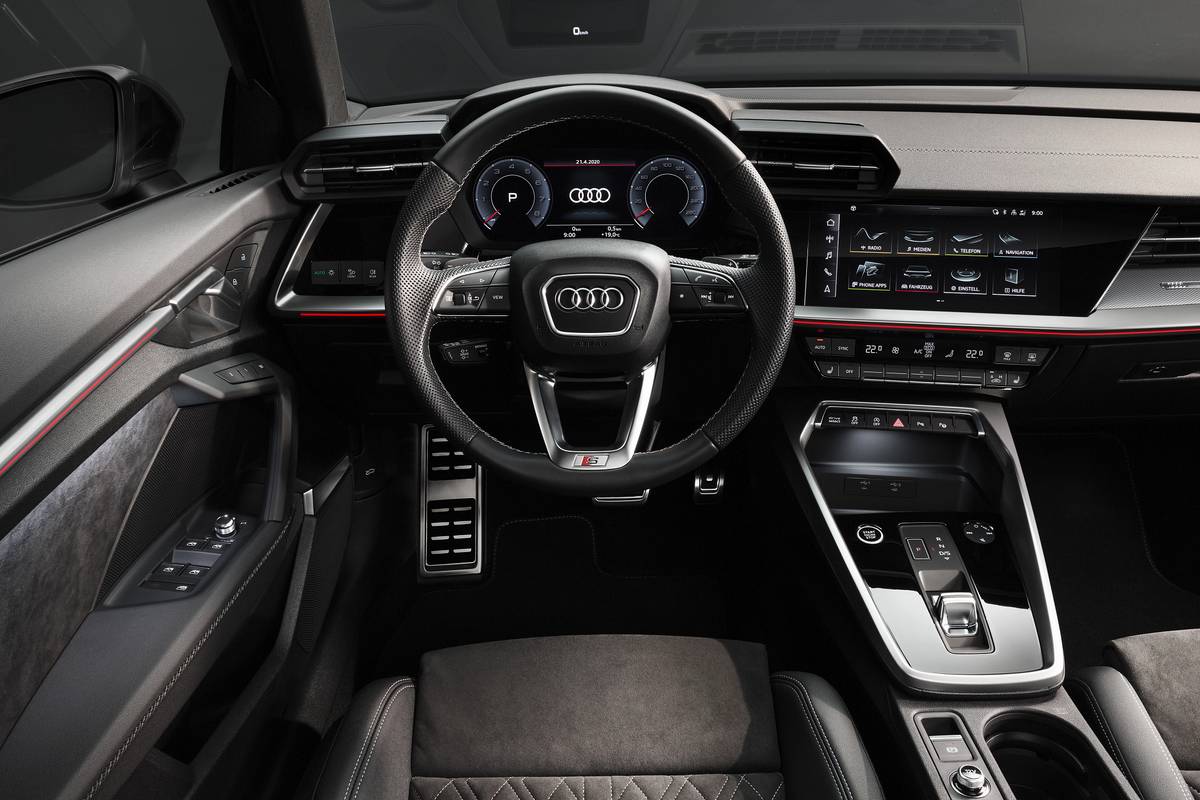 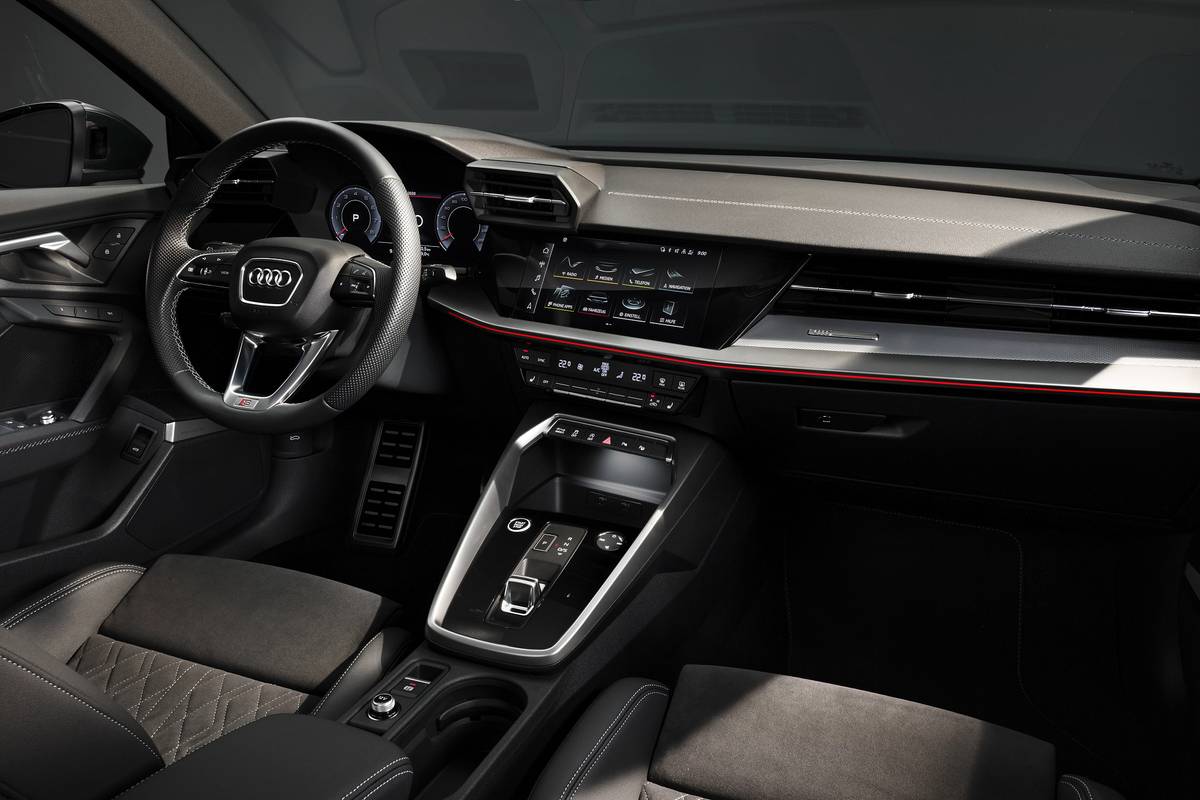 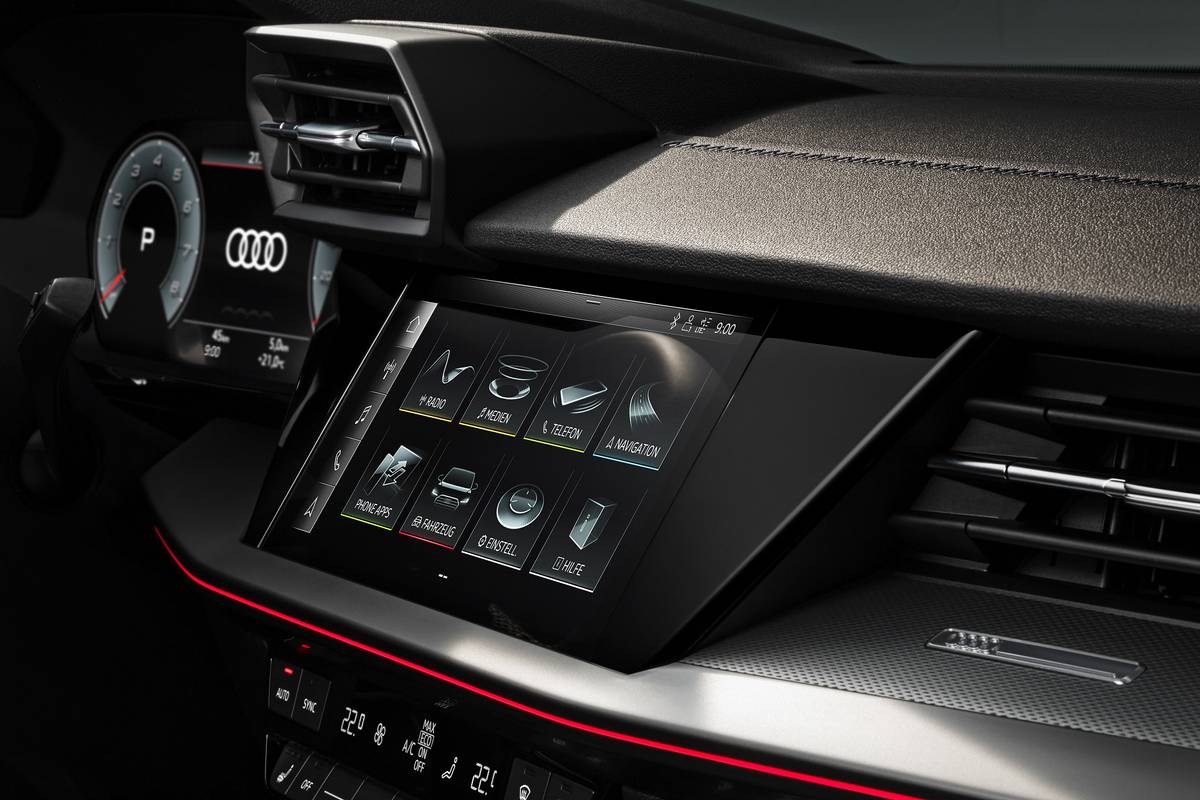 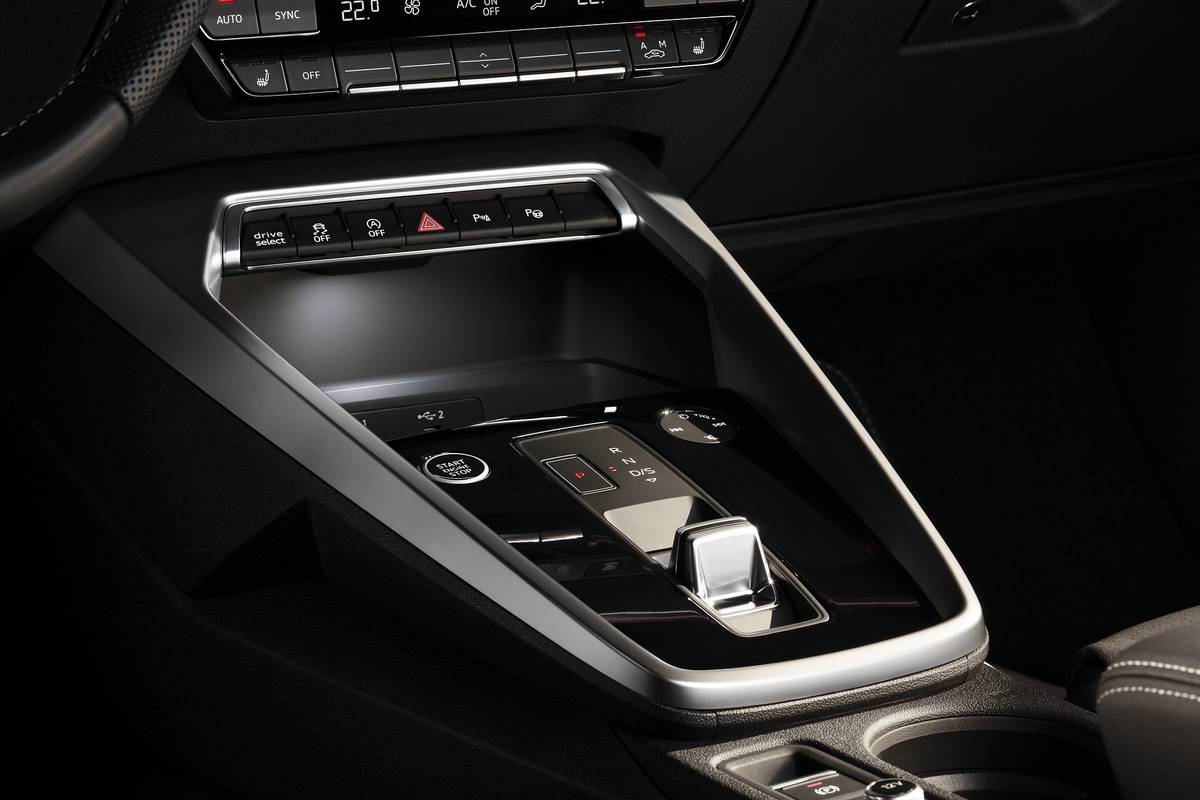 The European models boast more available body styles — the sportback (aka hatchback) isn’t likely to be sold here — and more engine choices, including a diesel option. A manual transmission is also available across the Atlantic. Most likely, we’ll be getting an A3 with a turbocharged 2.0-liter four-cylinder mild-hybrid engine with more powerful four-cylinder engines to follow in the S3 and RS3.

Audi says the new A3’s wheelbase is unchanged, but the car is 1.6 inches longer, as well as 0.8 inches wider and 0.4 inches taller. The grille gets Audi’s new signature Singleframe look with an internal honeycomb pattern and two faux vents outboard of the grille housing sensors. The sides of the A3 are aggressively sculpted, just like the A4, and the roof slopes aggressively toward the trunk lid, which is topped off by a small spoiler.

The new exterior measurements allow for a marginal increase in announced interior space — front passengers get 0.8 inches of extra headroom, according to Audi — though the backseat is still liable to be tight for adults. Standard on all trim levels of the A3 is a 10.25-inch digital gauge cluster and 10.1-inch multimedia touchscreen. The center control panel looks similar to that of the Audi Q3 small SUV, which means there are still physical controls for things like the radio and climate settings. Audi says its top-of the-line infotainment system in the A3, what it calls MIB 3, not to be confused with the MIB 3 you’re thinking of, is 10 times faster than the previous system (a standard we wish applied to the “Men in Black” films). Apple CarPlay and Android Auto are standard.

European buyers will have a choice of three engines, including a diesel option, but we’re likely to get versions of a turbocharged 2.0-liter four-cylinder mild hybrid. Power figures for the U.S. market aren’t known, but the current generation of A3 offers either 184 horsepower and 221 pounds-feet of torque or 228 hp and 258 pounds-feet of torque, so expect similar, if a bit higher, figures for the next generation.

A six-speed manual transmission will also be available in Europe, though the U.S. will likely only see a seven-speed automatic.

Safety technology will likely include automatic forward collision detection and mitigation as well as adaptive cruise control, lane keep assist and more as equipment from models higher in Audi’s vehicle lineup trickles down to the less expensive models.

Audi expects European orders to begin at the end of April, with deliveries to follow in the summer. Assuming that timeline holds amid the ongoing COVID-19 coronavirus pandemic, expect the next A3 to arrive in the U.S. toward the end of 2020 or early 2021, at a starting price slightly higher than the current A3’s $34,295 (price includes a destination charge).