The redesigned, 12th-generation Toyota Corolla will break cover Thursday in Carmel, Calif., and Toyota released a teaser today of its new headlights and front bumper. The headlight design and grille show a strong resemblance to the new 2019 Corolla Hatchback that’s been on sale since the summer, and we hope the redesigned sedan picks up a lot more of the things that make its hatchback sibling more fun.

Related: 2019 Toyota Corolla Hatchback Is Easy on the Eyes and on the Gas

Carmel is a posh location to unveil a nameplate Toyota modestly bills as the “world’s most popular car.” The nearby city of Monterey, Calif., is better known for reveals of exotic vehicles in conjunction with its annual Pebble Beach Concours d’Elegance car show (including this year the Bugatti Divo and Audi PB 18 e-tron Concept). The reveal comes less than two weeks before the 2018 Los Angeles Auto Show press days, but it coincides with the Corolla sedan’s unveiling in China at the Guangzhou International Automobile Exhibition.

I recently drove the 2019 Corolla Hatchback and found it to be a Corolla that isn’t boring — indeed, a Corolla you might want for more than just its reputation of reliability. Here are six things we’ll look for Toyota to repeat in the Corolla sedan (see in the gallery below):

The Corolla hatchback’s 168-horsepower, 2.0-liter four-cylinder engine does not make it a true hot hatch, but it’s a lot warmer than the 2019 Corolla sedan’s aging 132-hp, 1.8-liter four. It was even more fun with my test car’s competent six-speed manual transmission, which boasts automatic rev matching for downshifts — it’s too much to hope for that feature on the Corolla sedan here, I’d guess — but the hatchback’s optional continuously variable automatic includes a fixed start-up gear for better scoot and less whine before the CVT’s belt takes over.

The hatchback benefits from stiffer underpinnings courtesy of Toyota’s new global platform (the automaker claims rigidity is up 60 percent versus the outgoing Corolla iM hatchback), and the sedan will move to the same platform. The hatch also has a revised, firmer suspension and steering. Overall, it’s a lot more fun to drive than the current sedan. Is it too much to ask that the sedan also gets the hatchback’s multilink rear suspension? Probably, but we can always hope.

The hatch is actually cute, and looks like it was designed as a whole rather than assembled from a collection of styling cues.

Again, it looks as if Toyota designed the interior cohesively rather than throwing together a collection of pieces with a line of stitching to look more upscale. The top-end XSE’s gray and white interior has a pleasing, ergonomic dashboard, high-quality trim and plenty of contrast stitching, but fellow Cars.com editors have evaluated the lower-grade SE and report similar materials quality. The XSE’s seats, meanwhile, have attractive shapes and stitching — and they’re trimmed in actual leather, not the vinyl in the current sedan’s top trim. The new platform makes for a quieter interior, as well as more room, thanks to a longer wheelbase. In the hatch, that means roomy front seats, but the backseat and cargo area are still tight. We’ll have to wait and see what the bigger sedan configuration brings to backseat room.

The hatchback gets Toyota’s latest Entune 3.0 multimedia system with a standard 8-inch display, and the XSE has the 3.0 Plus version. The graphics could be more fun and colorful, but it’s sharp and fast to respond, and it finally brings Apple CarPlay to the vehicle (though Toyota is still working through a reported standoff over Android Auto due to privacy concerns). It also retains a full complement of shortcut buttons as well as knobs for volume and tuning. And the XSE’s new dual-zone climate control has its own set of knob-and-button controls.

The hatch is true to Corolla’s roots as a value for the money — my top-end XSE test car with manual transmission comes in at $24,325 including destination. We expect the sedan will similarly hold true to its value roots, but we hope it will add some more fun this time around, too.

The Corolla reveal takes place at 7 p.m. PST on Thursday. Toyota will livestream it at https://livestream.com/Toyota/Corolla. 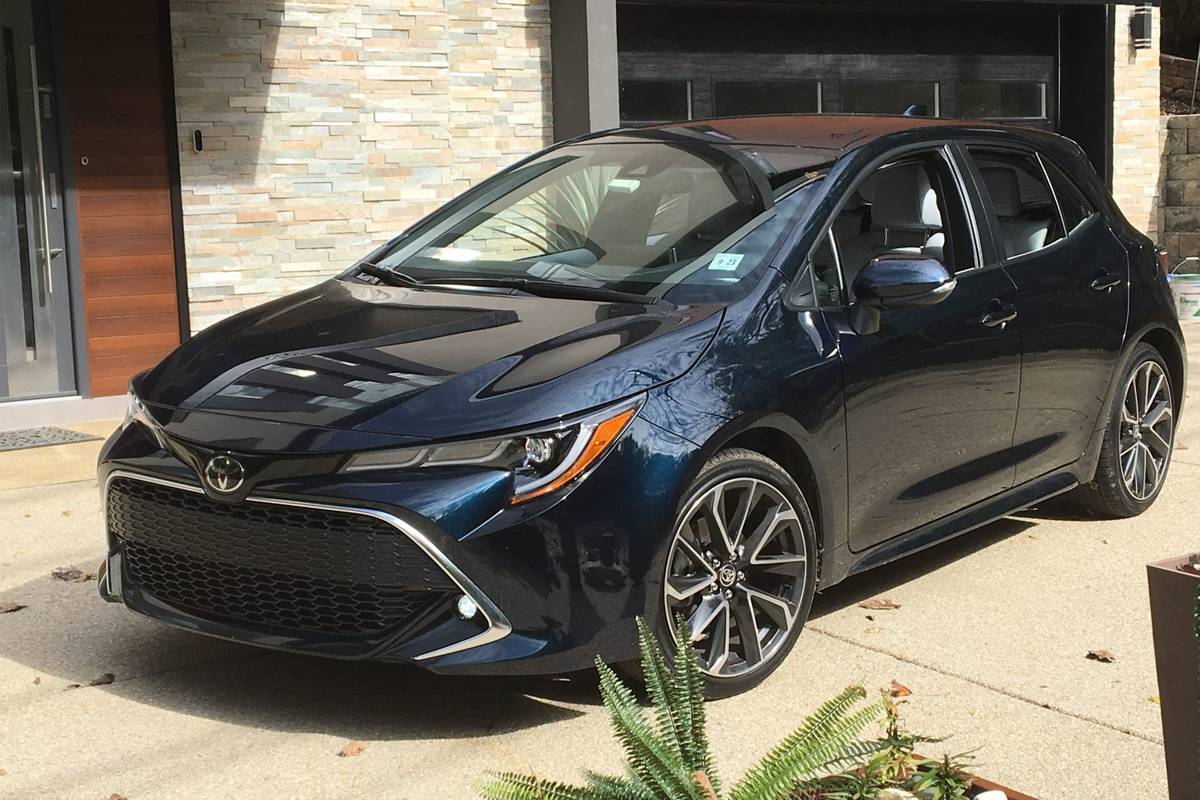 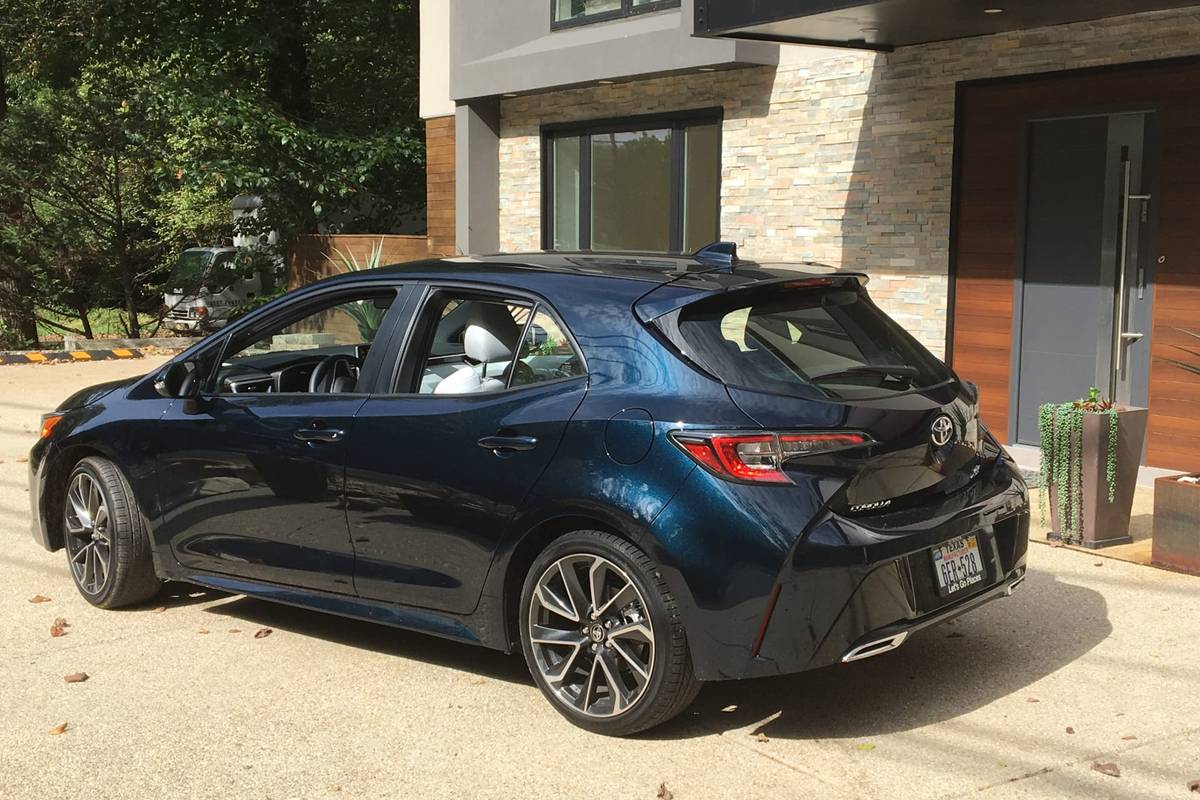 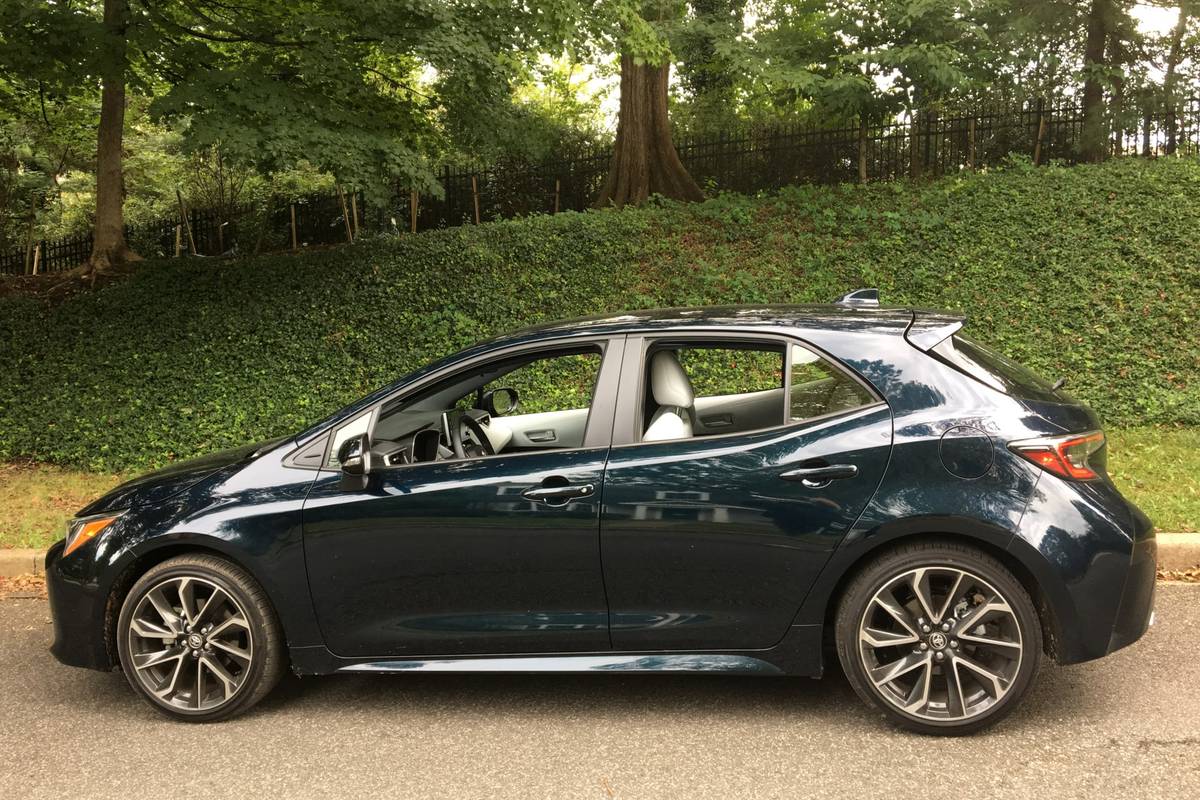 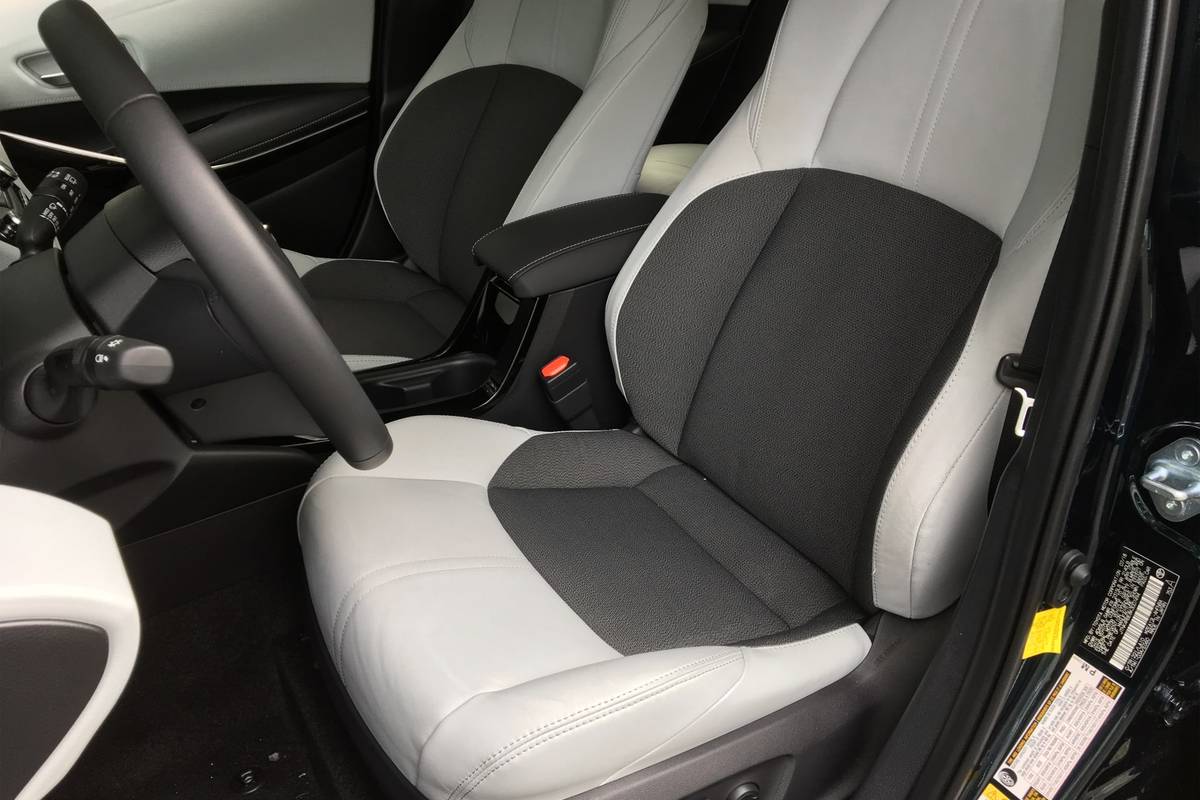 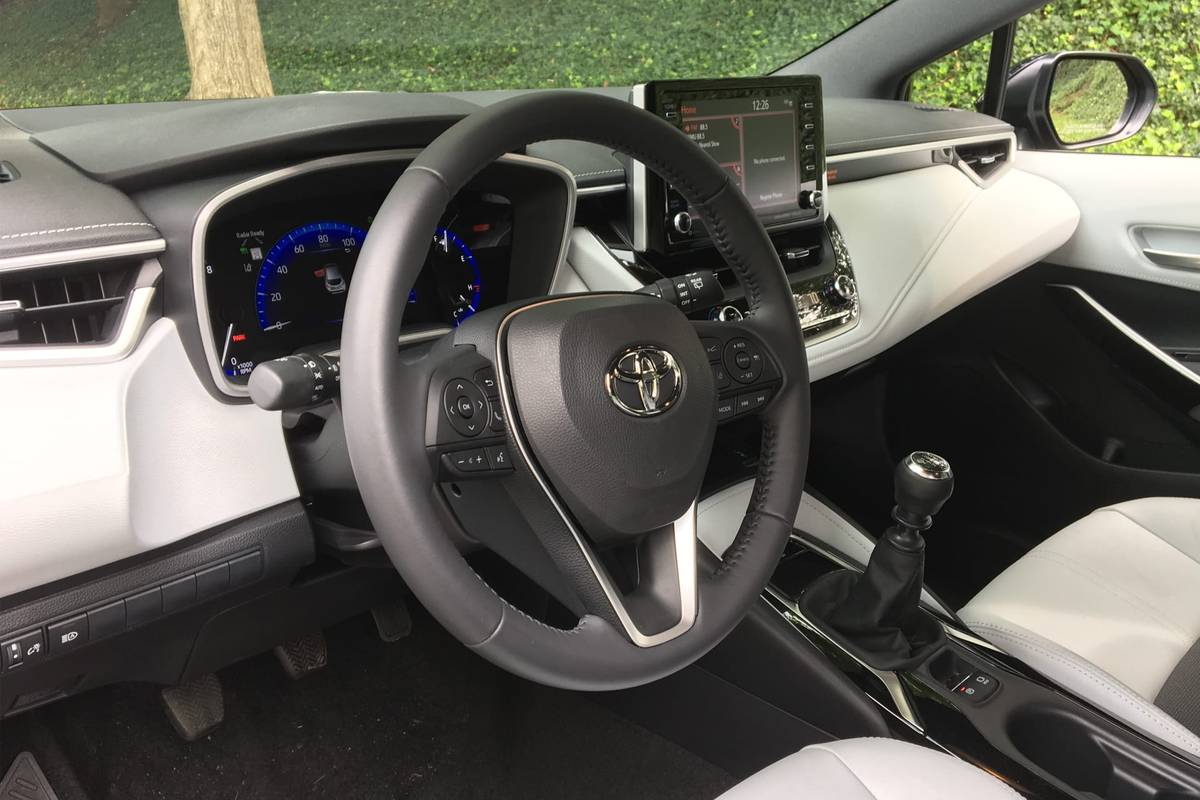 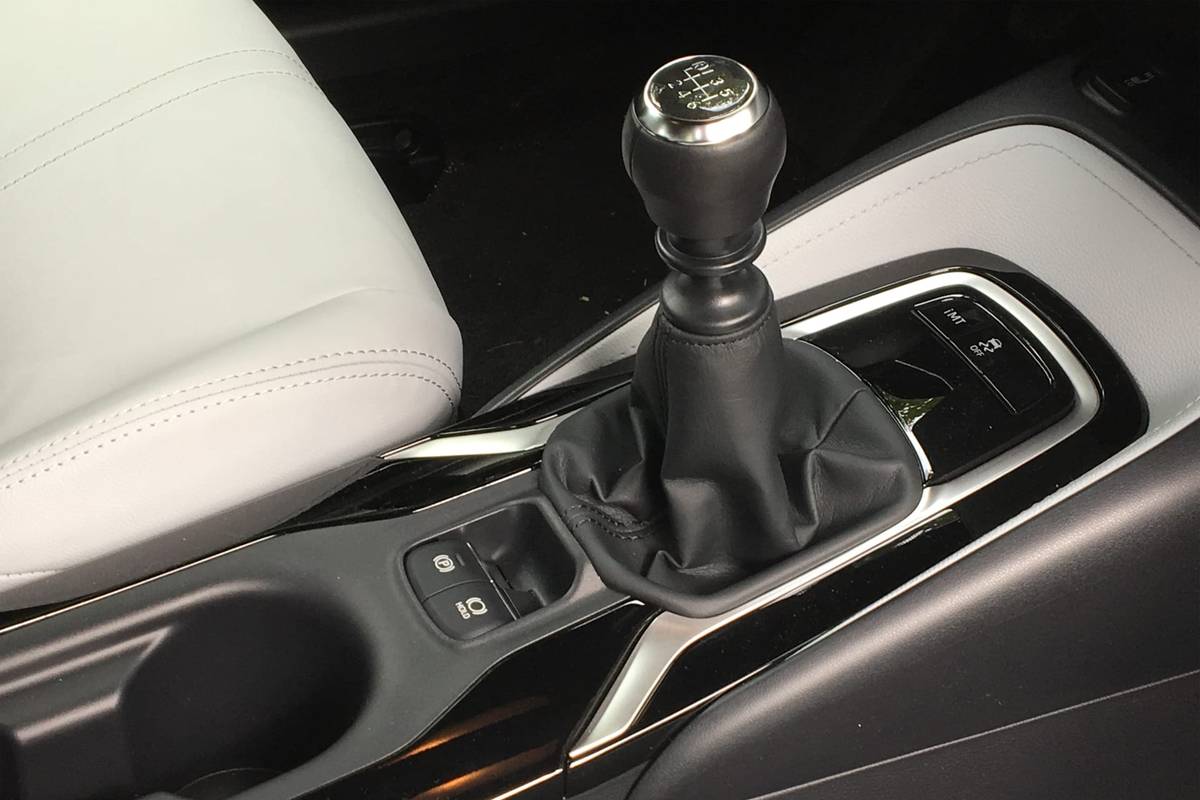 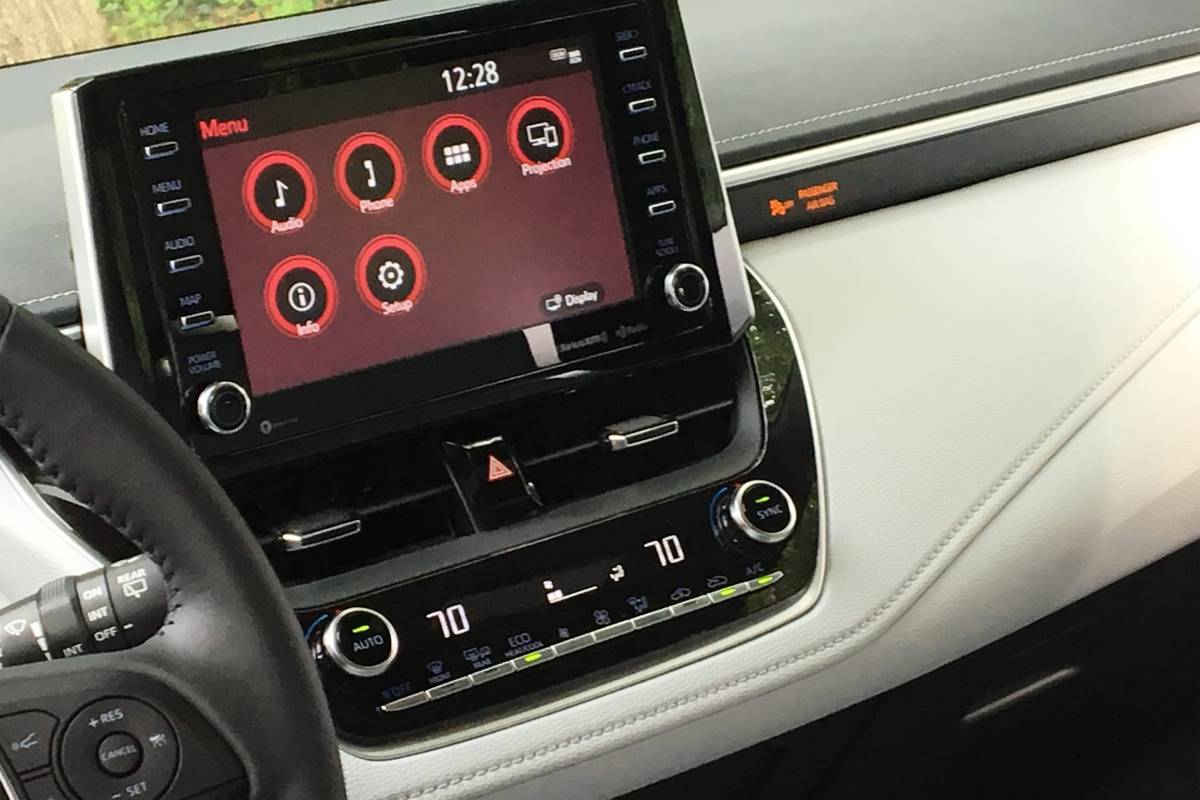 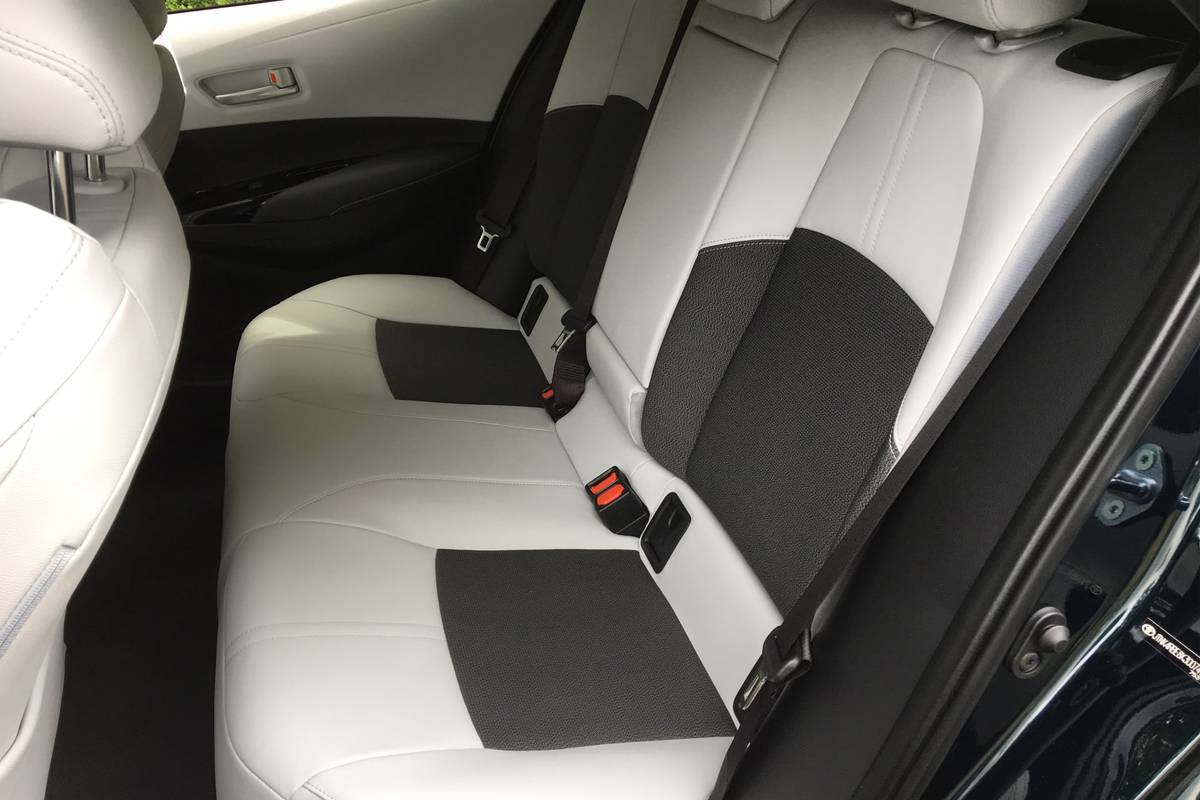 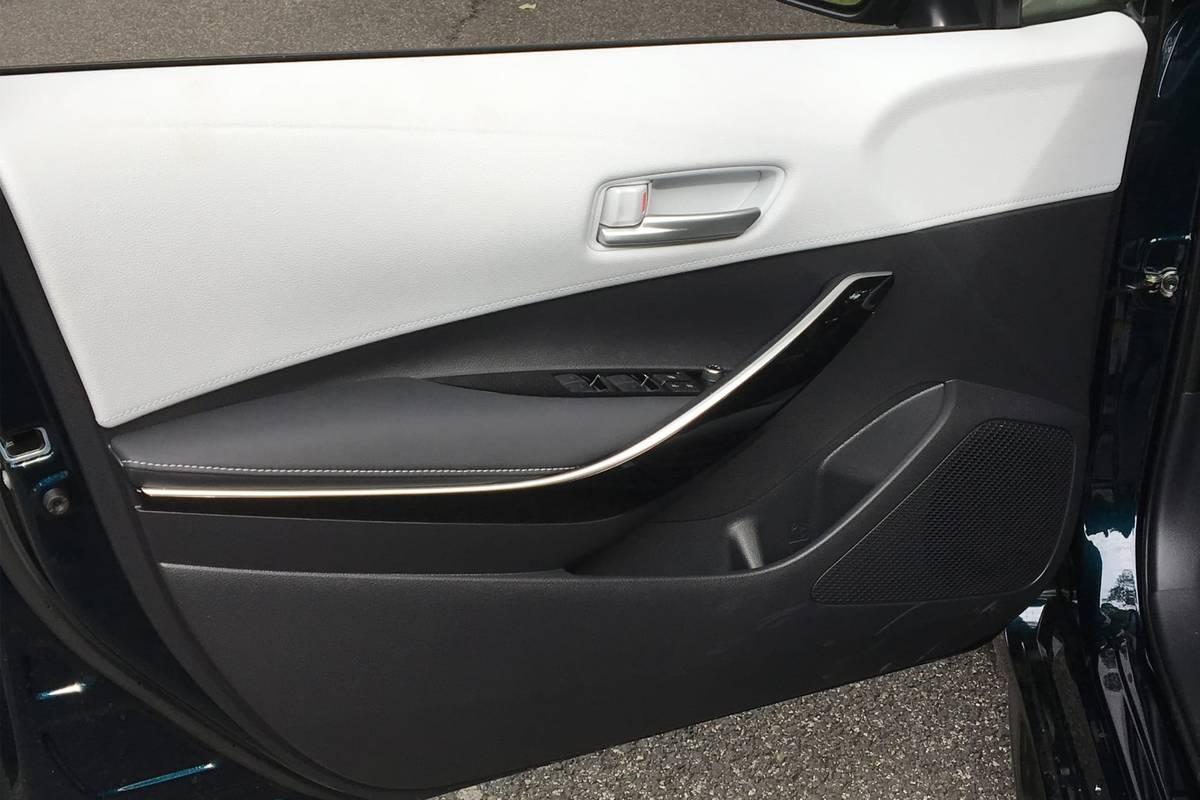 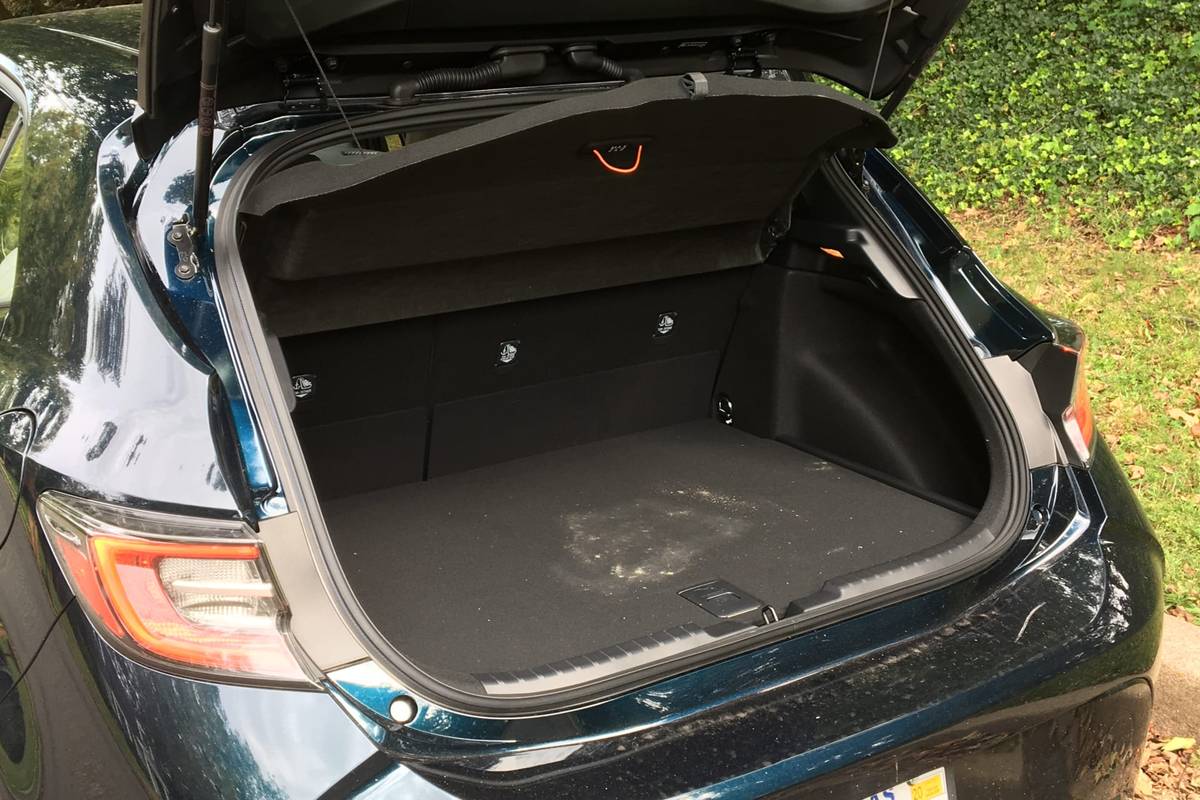 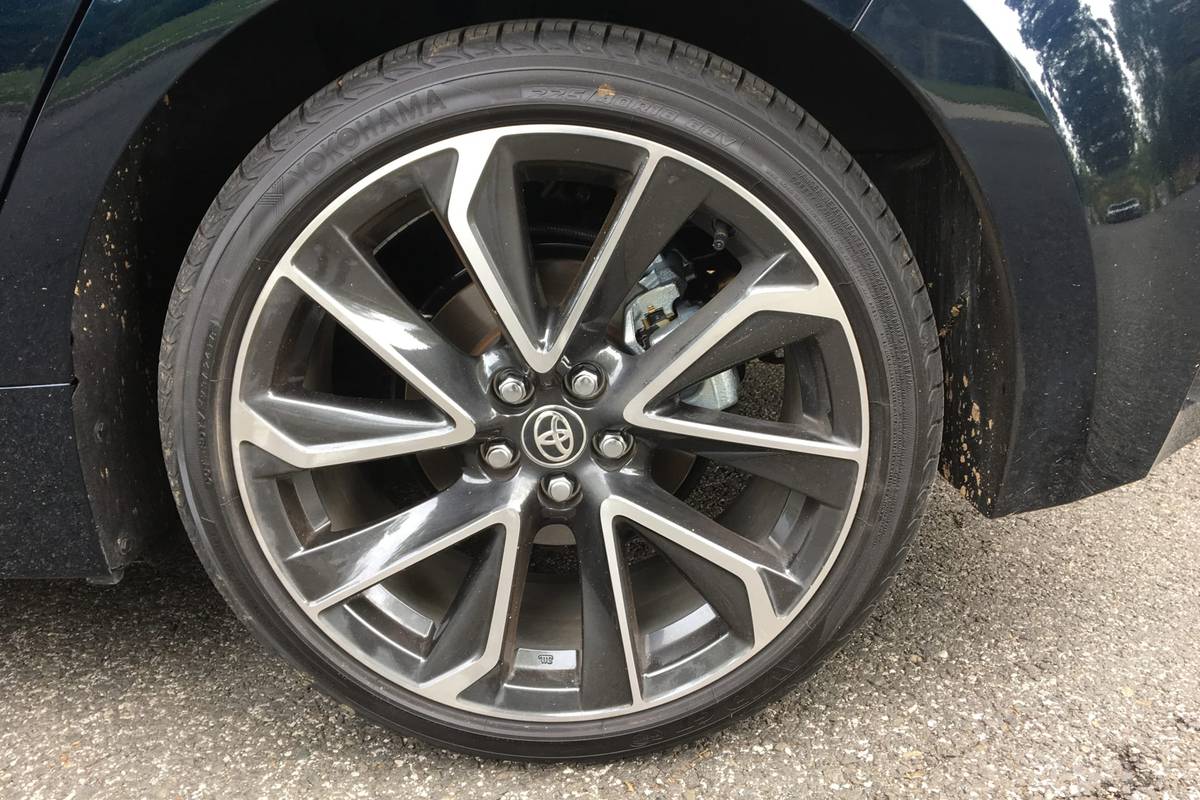 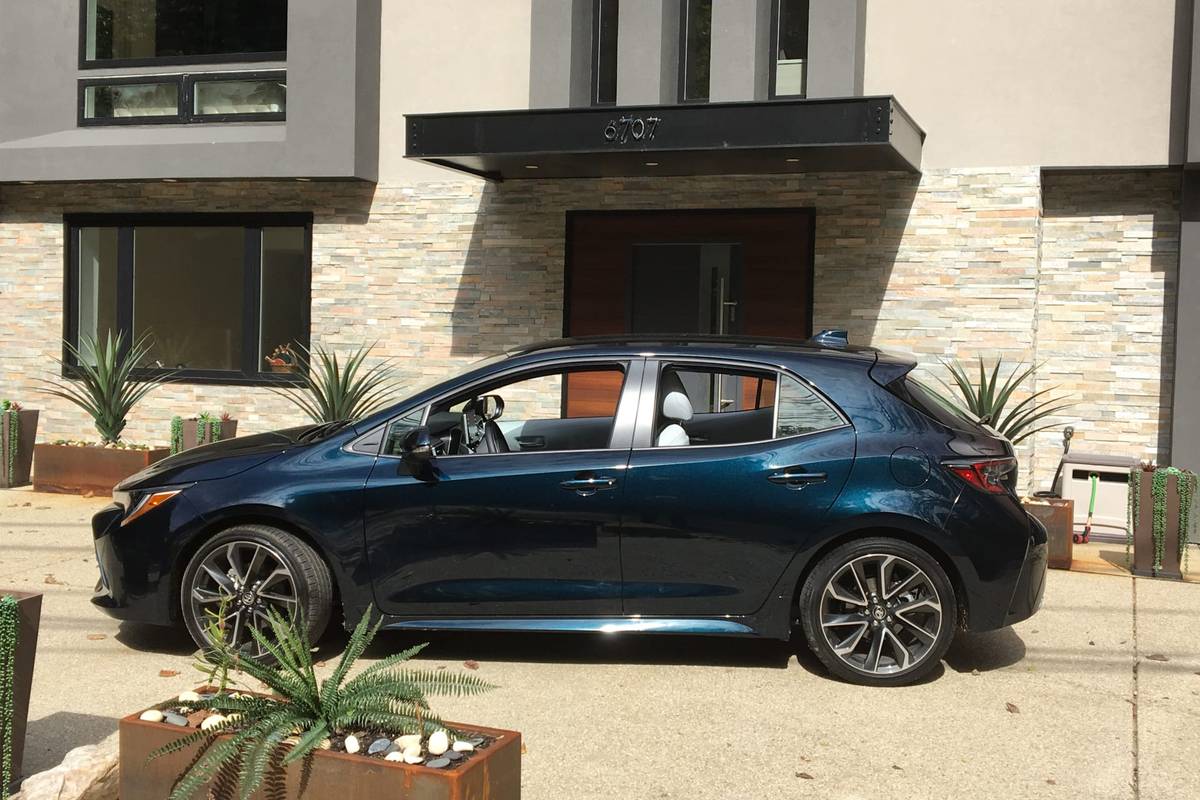